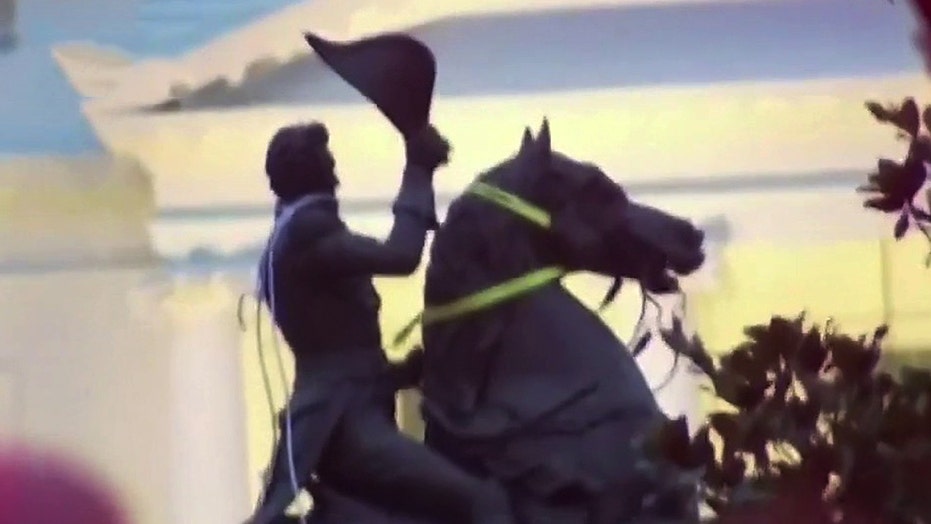 A suspect allegedly connected with Antifa is apprehended and charged with destruction of federal property in Washington, D.C.; Doug McKelway reports from the courthouse.

The Mississippi capital named after Andrew Jackson, the seventh president of the United States, voted on Tuesday to remove the former Southern populist's statue from the grounds of City Hall in a 5-to-1 vote.

Jackson council members decided to relocate the statue as it becomes another city forced to confront the legacies of slave-owning presidents amid a cultural shift and national reckoning triggered by the death of George Floyd, a Black man who was killed by a White police officer in Minneapolis.

Following the vote, the city's Democratic Mayor Chokwe Antar Lumumba said it was time to "divorce" the city from the "legacy of a brutal owner of enslaved people who was instrumental in initiating the Trail of Tears against indigenous people."

"While removing a statue does little to change our condition as oppressed people, we should not have to constantly encounter the likeness of those who profited off of the blood, sweat and despair of our ancestors or see them immortalized as honorable," Lumumba, who is Black, said.

The Trail of Tears, which began in 1831, was a series of forced relocations of about 60,000 Native Americans from their ancestral homelands in the Southeastern part of the country, to areas west of the Mississippi River that had been designated by the government as "Indian territory."

Native Americans would be forced to walk hundreds of miles and often got sick and died along the way. The journey was referred to as the Trail of Tears. 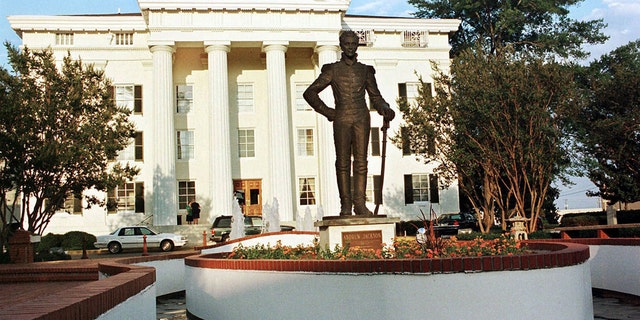 The city's bronze statue was dedicated in 1972 and refers to Jackson as a "soldier, statesman and 7th president of the United States."

Local newspaper the Clarion-Ledger reported that the mayor and city council will likely relocate the statue to a museum.

Ward 1 Councilman Ashby Foote, a Republican, voted against the removal.

"I'm a big history buff. The whole idea of tearing down historical statues and monuments is generally a bad idea. We need to understand our history, not tear it down," Foote said.

Jackson statutes have been taken down across the country including in Jacksonville, Fla., New Orleans and in Lafayette Square in Washington, D.C. 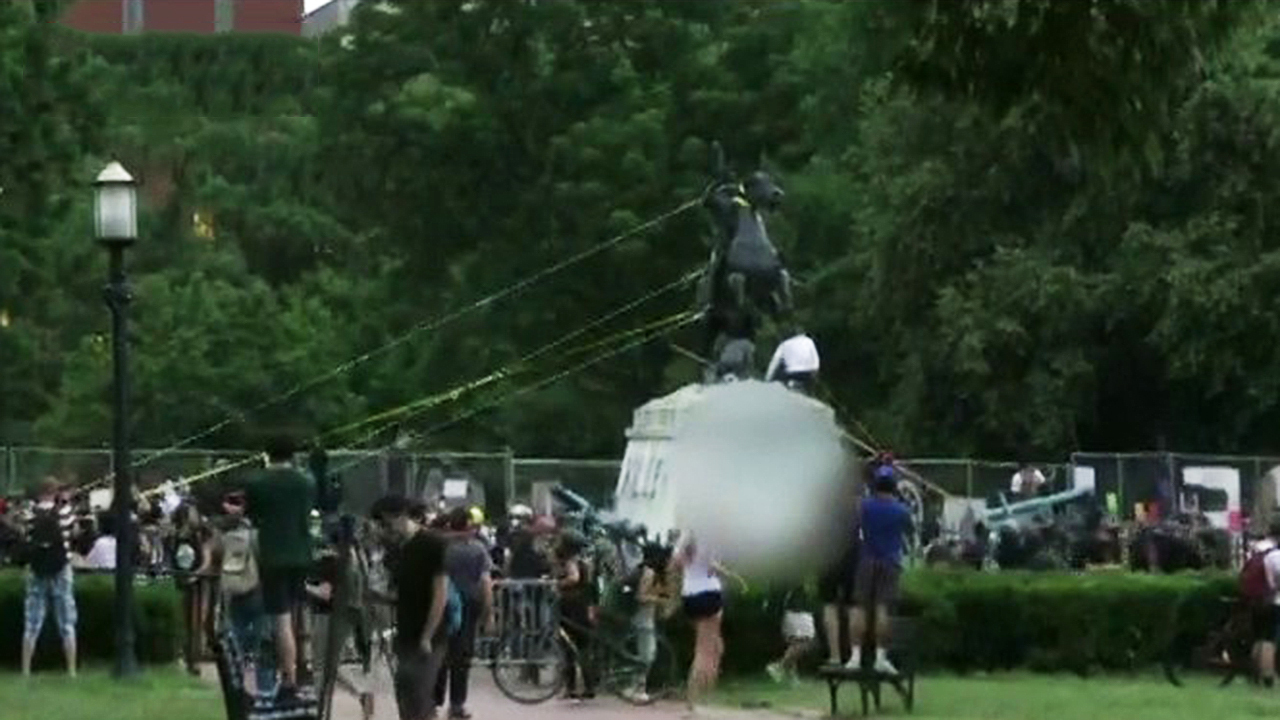 President Trump, who has called Jackson a personal hero and often compares himself to him, waded into the statue debate after people attempted to pull down the statues with a rope last month. In that situation, four people were charged with destruction of federal property.