Mexico City: A Japanese man who ingested 246 packets of cocaine died mid-flight on his way from Colombia to Japan, authorities say.

The Aeromexico plane was forced to make an emergency landing in Hermosillo, northern Mexico, after the man, identified only as Udo "N", started having seizures and convulsing in the early hours of Friday. 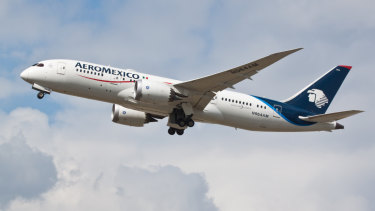 The man boarded the jetliner from Mexico City and was headed to Narita, Japan.

The attorney general's office for Sonora issued a statement confirming the man's death. An autopsy was performed in Sonora following the emergency landing.

Authorities said the Japanese man had travelled to Mexico City from Bogota, Colombia.