Jeff Garlin has exited The Goldbergs after an HR investigation into his behavior on set.

The 59-year-old comedian — who plays Murray Goldberg, the dad of the TV family in the ABC sitcom — will not return after a series of misconduct allegations in the workplace.

His departure is effective immediately. Garlin already had his schedule reduced amid the investigation into the allegations.

Sony Pictures Television, which produces the show, had no comment when contacted by Yahoo Entertainment. However, sources with knowledge of the situation say the decision is a mutual one.

Garlin addressed the allegations of misbehavior on the set of the family comedy in an interview earlier this month.

"No, I was not fired from The Goldbergs," he told Vanity Fair in the lengthy and detailed story.

He admitted there "has been an HR investigation on me the past three years. HR has come to me three years in a row for my behavior on set." 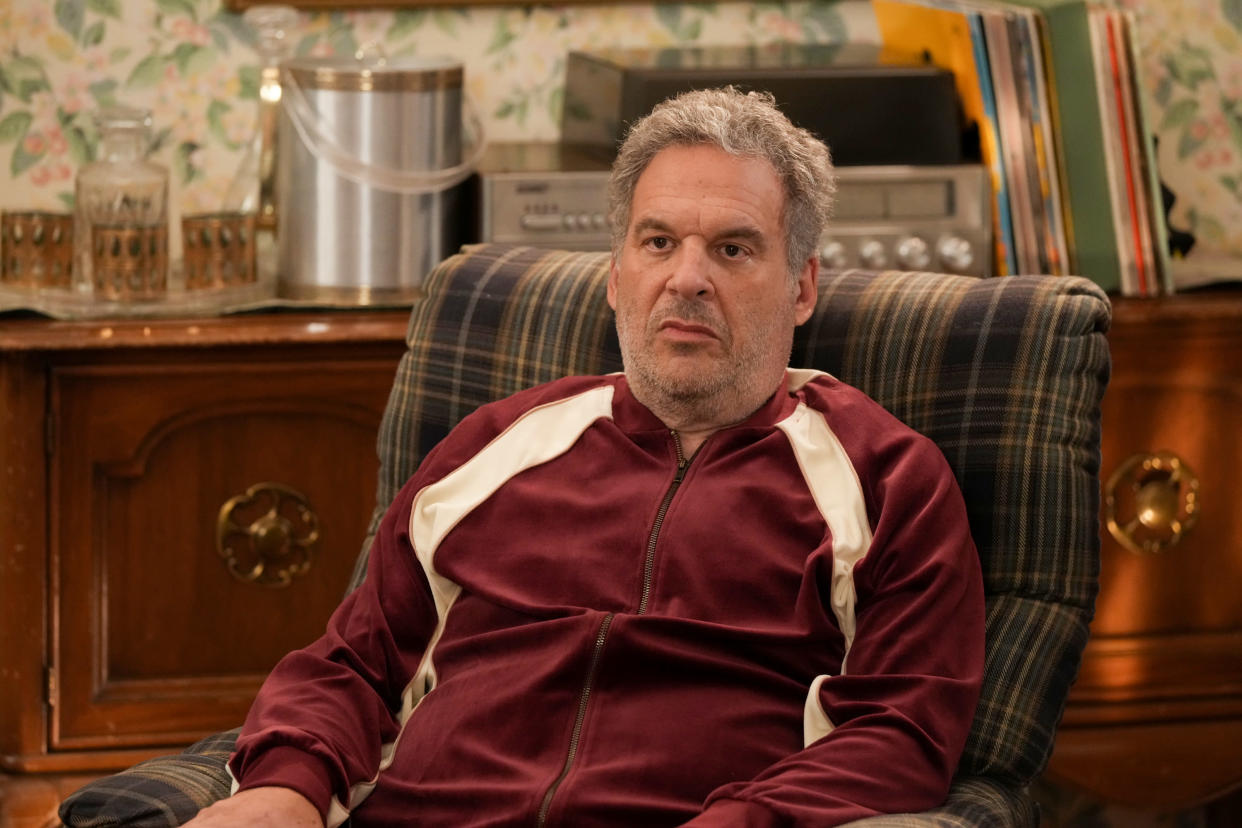 Garlin said the way he sees it is that he and Sony Pictures Television had a difference of opinion about his behavior.

"My opinion is, I have my process about how I’m funny, in terms of the scene and what I have to do," he said. "They feel that it makes for a quote 'unsafe' workspace." He said the issue at hand was "political correctness."

He added, "We’re trying to come to a place where we come to an agreement. Either I can behave the way [they want] or not. We’ll see, but I’m not being fired and I’ve not been fired… When I do shoot more days, just to make it go smooth, I will not be doing any of my silly stuff or anything, out of respect.”

The interviewer noted that three former Goldberg employees alleged that they felt demeaned and disrespected multiple times by language Garlin used on the set. Additionally, people claimed Garlin touched them and hugged them when they don’t want that kind of contact.

"Whoever it is that feels this way has it out for me," he said. "That’s my true belief. I would never physically put myself to someone. And I would never hatefully say something to anyone."

He also spoke about an alleged verbal and physical altercation with two long-time stand-ins, a husband and wife.

"I’m sorry for laughing," he said. "There was no … Nothing physical by any stretch of the imagination. And the verbal part was a joke … I will say the joke was missed and I apologize."

An eyewitness to that incident, which took place two months ago, told Deadline that Garlin came up behind the female and "screamed at her, ‘Why are you always in my way? Get the f**k out of my way’ as she was walking down the ramp on the set after they had done blocking for a scene. She was confused and looked around." Garlin then told the woman’s husband, “Tell your wife to get the f**k out of my way." That incident was apparently "the straw that broke the camel’s back."

Garlin told Vanity Fair he didn't expect the show, which is wrapping its 9th season, to be renewed for the next season anyway.

A Sony Pictures Television rep told that outlet: "The well-being of our cast and crew is of utmost importance to us. This is an employment matter and it is being addressed by HR and production."

It's unclear how Garlin's character will be written off the show. The cast and crew were reportedly told of Garlin's exit on Wednesday afternoon.

In addition to his work on The Goldbergs, which premiered in 2013, Garlin is an actor and executive producer on HBO’s Curb Your Enthusiasm. He is also in the upcoming film Babylon, starring Margot Robbie and Brad Pitt.