Jeremy Hunt defends migration as ‘very important for the economy’ as Chancellor is quizzed on forecasts it will remain above 200,000 a year for much of this decade

Jeremy Hunt today defended migration as ‘very important for the economy’ after it was forecast to remain above 200,000 a year for much of this decade.

The Chancellor stressed the Government needed a ‘long-term plan’ to bring down net migration ‘in a way that doesn’t harm the economy’.

Mr Hunt was pressed on the issue after the Office for Budget Responsibility revised its forecasts of net migration to the UK upwards.

In its latest economic and fiscal outlook, published yesterday, the watchdog revealed it was now assuming that net migration would fall from 224,00 a year in 2023 to settle at 205,000 a year from 2026 onwards.

The OBR said its upward revision was based on ‘evidence of sustained strength in inward migration since the post-Brexit migration regime was introduced’, as well as discussions with the Home Office’s Migration Advisory Committee.

Think tanks suggested the OBR’s forecast of higher than expected net migration had averted the need for even bigger tax rises and deeper spending cuts than those set out by Mr Hunt in his Autumn Statement yesterday.

The OBR’s document highlighted how a ‘larger contribution from net migration’ was ‘offsetting slower growth in productivity’.

Madeleine Sumption, director of the Migration Observatory at the University of Oxford, suggested the higher net migration projection had made ‘life easier’ for the Treasury to ‘make the fiscal sums add up’. 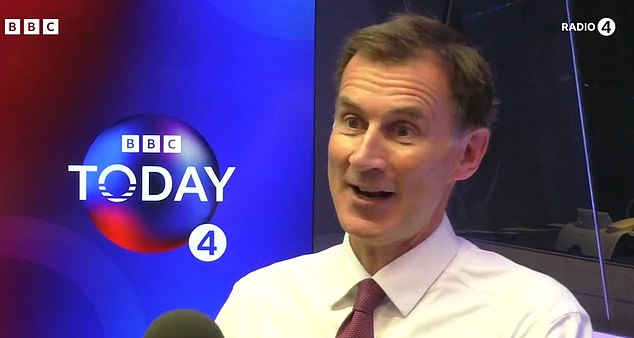 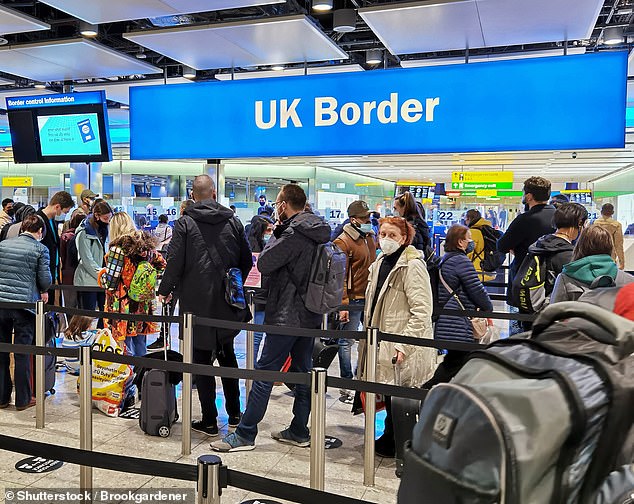 The Conservative manifesto ahead of the 2019 general election promised that overall migration numbers ‘will come down’, while Home Secretary Suella Braverman last month said her ‘ultimate aspiration’ is to reduce net migration to the tens of thousands.

The OBR projections could alarm Tory MPs who might fear plans to reduce net migration were being shelved as the UK enters recession.

But Mr Hunt this morning insisted there was still an aim to bring down the number of people coming to the UK.

‘We want to bring down the level of migration that we need, but that means improving the skills of people here in the UK.

He added: ‘It’s when you start raising the skills of people at home that you don’t need so many people to come from overseas.

‘It does take a while and I think it’s very important we are clear with people there needs to be a long-term plan if we’re going to bring down migration in a way that doesn’t harm the economy.

‘We’re trying to put in place that longer-term solution but we are recognising that we will need migration in the years ahead.

‘That will be very important for the economy, yes.’

The Chancellor stressed the Home Secretary was ‘absolutely signed up’ to the Autumn Statement he announced yesterday and that he’d held ‘a number of conversations with her about it’.

‘Her priority is to reduce illegal migration and deal with the small boats issue,’ Mr Hunt added.

‘But there needs to be that upholding of the social contract to do it.’

‘Having accepted this economic reality, ministers must speak honestly to voters about economic benefits of immigration.’

He said: ‘GDP may grow, but GDP per head will remain where it is. And any benefits will be cancelled out by increasing population, as the OBR said in 2014.’

He told The Times: ‘I am confident that the Home Office will take action to tackle the issue and ensure that it does not come to pass.’