Jogging is only good for you if the air is clean: Exercising in polluted areas could have adverse effect on the brain, research suggests

Going for a jog is good for the brain – but not if you do it in a polluted area, researchers have found.

Outdoor exercise, such as running, tennis or football, helps to reverse some of the brain ageing linked to an increased risk of dementia.

But when people are active in polluted areas, they do not see the same benefit, a study found.

Researchers looked at more than 8,600 Britons whose physical activity was measured with a wrist-worn fitness tracker for a week. 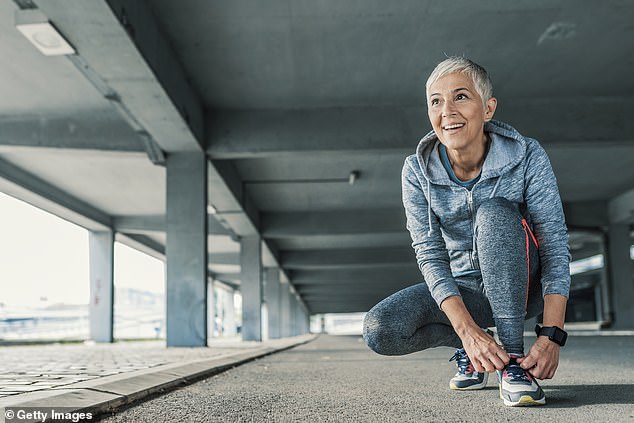 Going for a jog is good for the brain but not if you do it in a polluted area, researchers have found (file image)

Those who were most active had reduced levels of white matter lesions – damage to the inner layer of the brain which connects its different regions.

But that was only the case if they lived in a low-pollution area, with similarly active people in places with dirtier air seeing no such brain boost.

Tiny pollution particles could potentially cause inflammation in the body, or damage to blood vessels, which may affect the brain.

Dr Melissa Furlong, who led the study from the University of Arizona, said: ‘Vigorous exercise may increase exposure to air pollution, and prior studies have shown adverse effects of air pollution on the brain.’

The study, published in the journal Neurology, looked at people aged 40 to 69 and pollution levels where they lived. Researchers looked at those who got up to 15 minutes a week of vigorous physical activity, those who did up to 30 minutes, and those active for 30 minutes or more.

They were then compared to those who did no vigorous physical activity at all.

The more active people were, the greater their volume of grey matter, which may help to protect against dementia.

But the effect on white matter lesions, even when age and sex were taken into account, was not seen in those living in the areas with the highest levels of nitrogen dioxide and pollution particles.

Dr Furlong said: ‘Public policy could be used to address people’s exposure to air pollution during exercise. For example, since a significant amount of air pollution comes from traffic, promoting running or bicycling along paths far from heavy traffic may be more beneficial.’