THE loyal dog of murdered PCSO Julia James was part of a police reconstruction of her final moments today as the suspect appeared in court.

Jack Russell Toby was being walked by Julia, 53, when she was bludgeoned around the head just yards from her home in Snowdown, Kent. 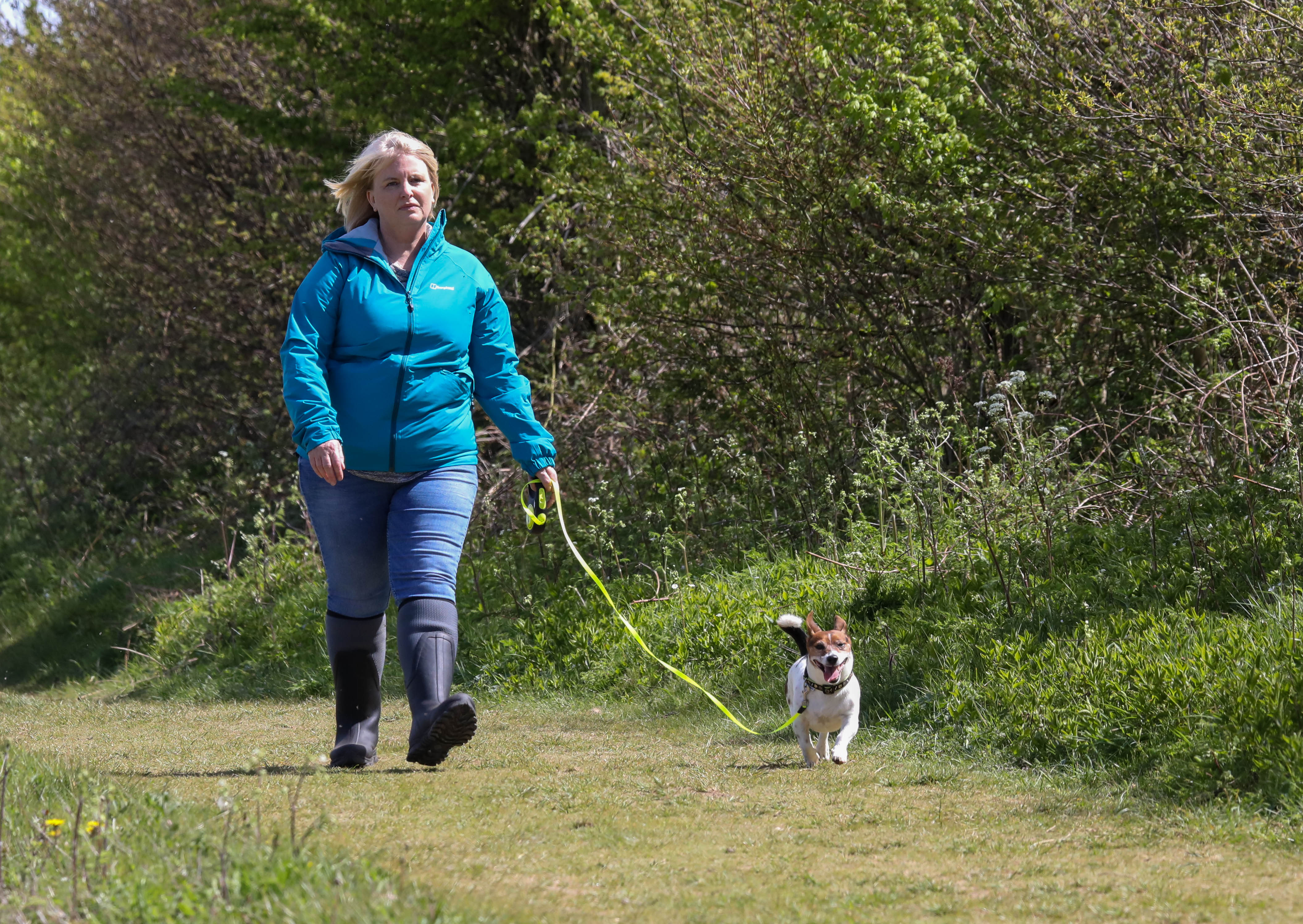 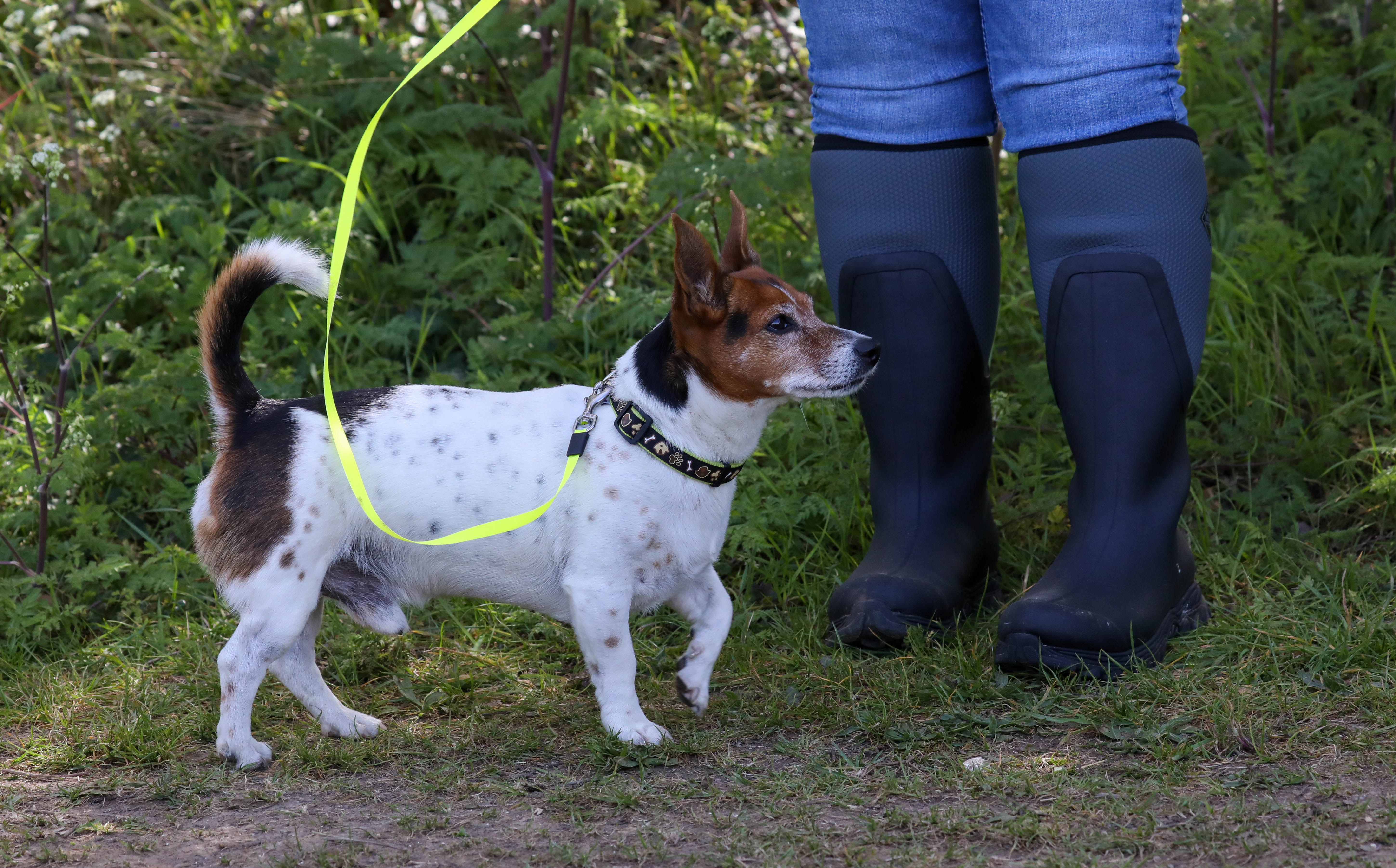 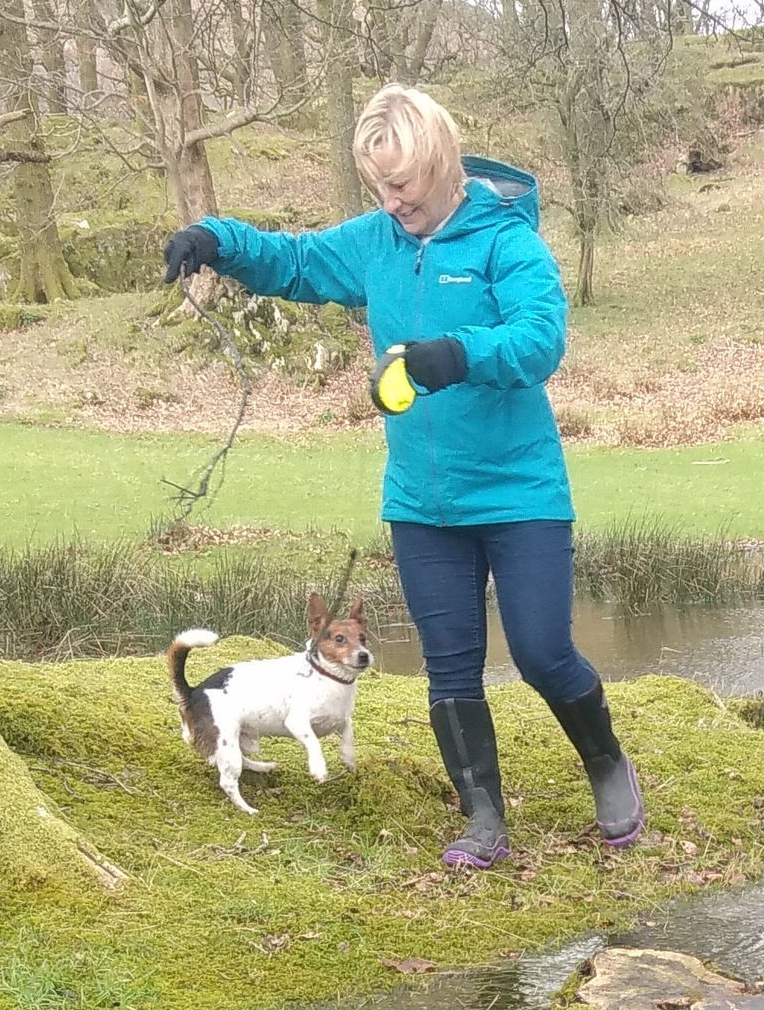 Today the dog joined an actress in recreating her last steps around a field and then into woodland where her body was found.

Toby stayed by her until her body was discovered by members of the public.

It was part of a fresh appeal for witnesses over the death by Assistant Chief Constable Tom Richards.

It came as Callum Wheeler, 21, appeared at Medway Magistrates’ Court for the first time charged with her murder.

He confirmed his name, age and address during a five minute hearing at Medway Magistrates’ Court.

He appeared before magistrate Tracy Conner by videolink – but his image was not shown to reporters or the public gallery.

Wheeler, of Aylesham, Kent, was arrested on Friday before he was charged with murder on Monday night. Ms Conner said the case would have to be heart at crown court due to the severity of the charge.

The reconstruction took place where on what was Julia’s usual dog walk which was just yards from her family home.

The actress that took part was wearing clothing identical to Julia, wellies and a blister jacket.

Toby was walked on a lead while members of the press recorded the event.

The journey, which takes around ten minutes on foot, saw Julia leave her house through the back gate of her garden and turn right onto a weed-covered footpath, bordered by thick woodland on either side.

After around a minute and a half of walking, she exited the woodland into a large farmer’s field, bordered on the far right side by Aylesham Road and on the far left side, Ackholt Woods.

The Snowdown Caravan site is visible over the top of the hedgerow on the opposite side of Aylesham Road.

Julia took the walk with Toby regularly from her home in Snowdown.

She then headed through the field in the direction of Aylesham, keeping to the perimeter hedgerow which runs along Aylesham Road. 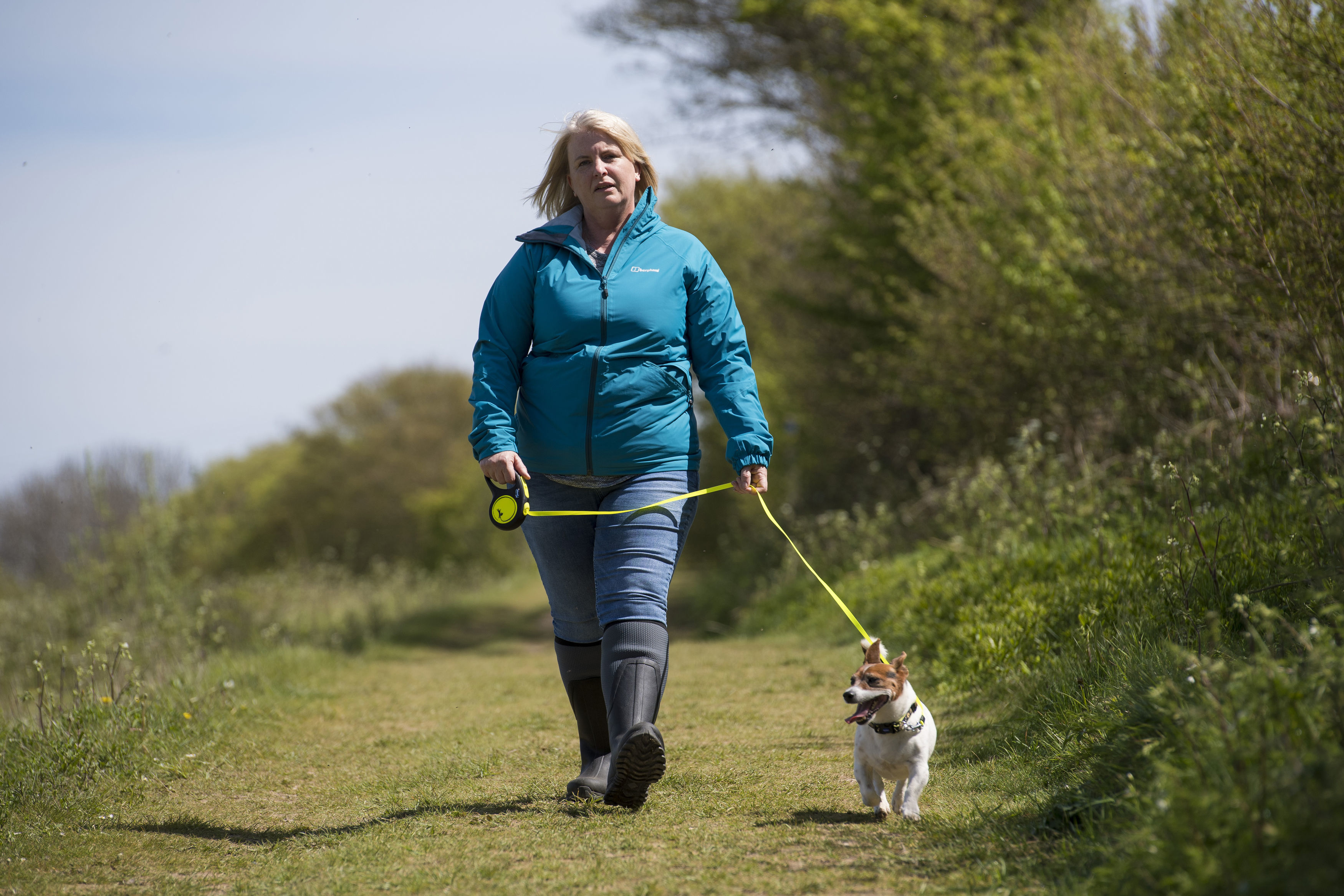 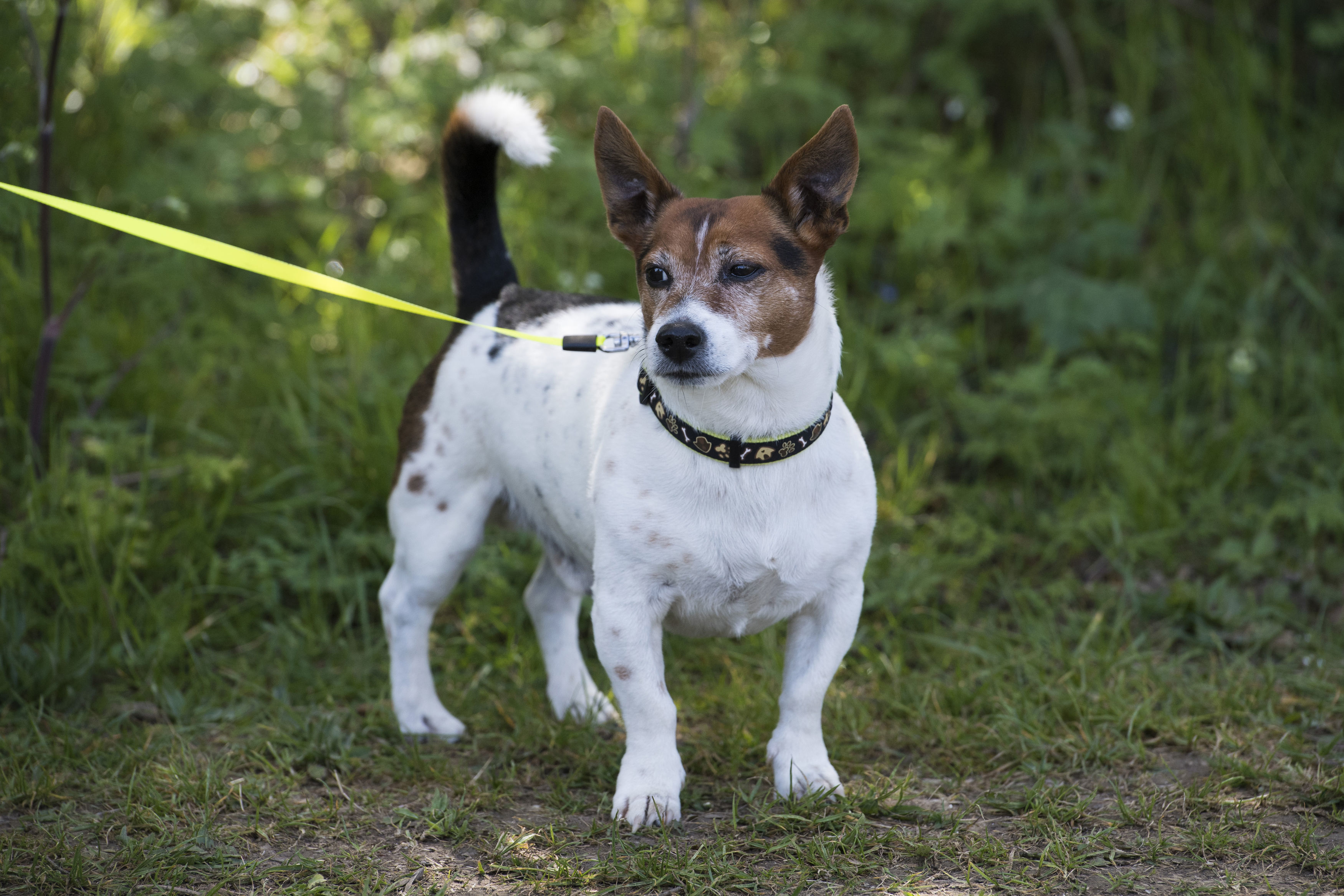 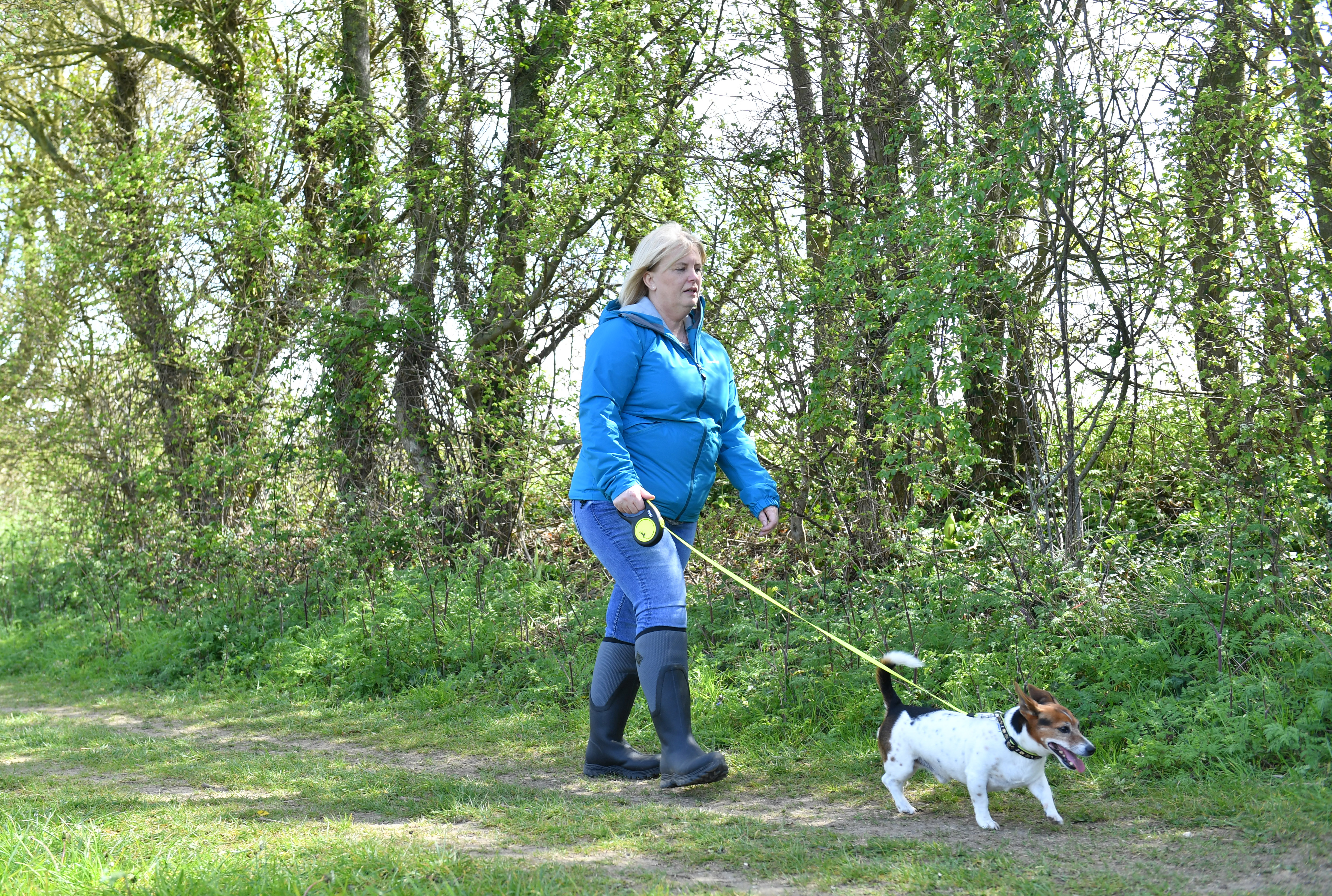 Heading in the same direction, she then slipped through an opening in a hedgerow separating this field from the second one, before turning left and following a bridleway along the foliage border between the fields in the direction of Ackholt Woods.

The reconstruction ended a couple of metres away from a rectangular area sealed off with police tape at the edge of Ackholt Woods, where Julia was killed.

A log by the side of the woods read:  “NO RIGHT OF WAY. THIS IS A CONSERVATION STRIP."

Detectives directing the reconstruction brought treats and water along for him.

Assistant Chief Constable Tom Richards said it has been a “hugely challenging” fortnight since the death of PCSO Julia James.

He said her family had been fully supportive of the decision to use Toby in the reconstruction.

He said: “Today we continue to appeal for witnesses. I am confident that there were people in the area at the time that we want to speak to.

“It’s absolutely crucial. We have an obligation to piece together the last moments of her life.

“The reconstruction is with an actress and Julia’s dog, Toby. The actress will be wearing clothing identical to the clothing worn by Julia on that day.

“I would appeal to anyone who sees this footage who thinks they have information helpful to the investigation go please get in touch.”

The reconstruction focused on Toby and the actress leaving the area near her home and then into a pathway.

He said: “That is her typical walk with Toby around the perimeter of that field. Then you will see her concluding her walk around the field and then entering woodland where sadly she was found shortly after 4pm two weeks ago today.”

He added: “I’m still confident there’s a small number of people out there with relevant information

“It’s possible that someone just passing through is aware of those events.”

“We still think there were people enjoying the beautiful countryside in that area and I appeal for people to come forward.

“This is a great relief.”

Mr Richards said police are not “actively” seeking any further suspects in connection with the death of Julia James.

He said: “I am keeping all options open, it’s a huge step forward in the investigation, a breakthrough, that we have arrested somebody.

“I have no information to suggest at this stage that anyone else involved in this offence.

“We are not at this stage looking actively to make any further arrests.”

He thanked Julia’s family for their support throughout the investigation so far.

He said: “They have been hugely supportive of the investigation and I’m really great full for the massive assistance they’ve provided.

“We have specialist officers who are working with the family and providing all of the support that you would expect.” 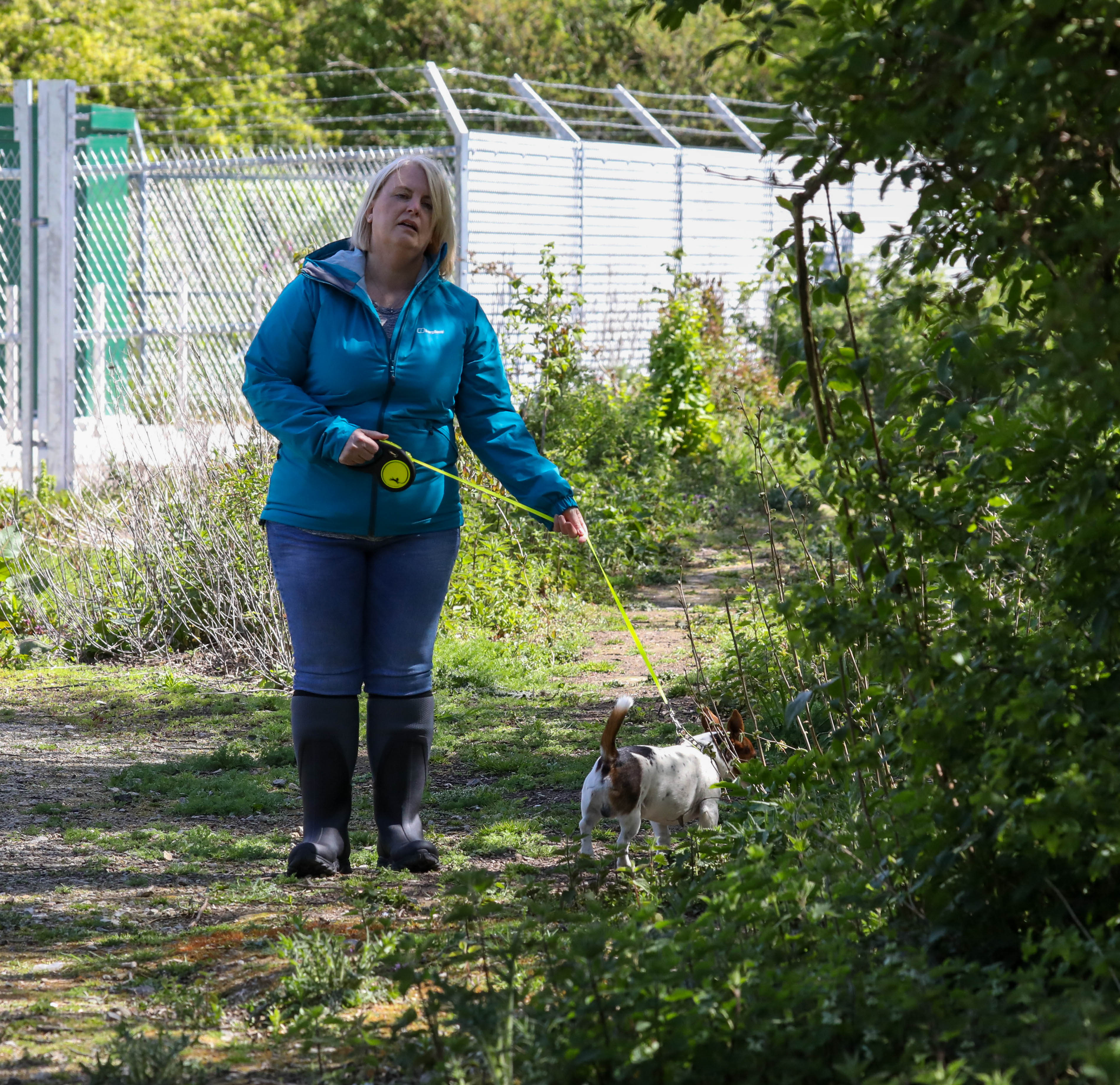 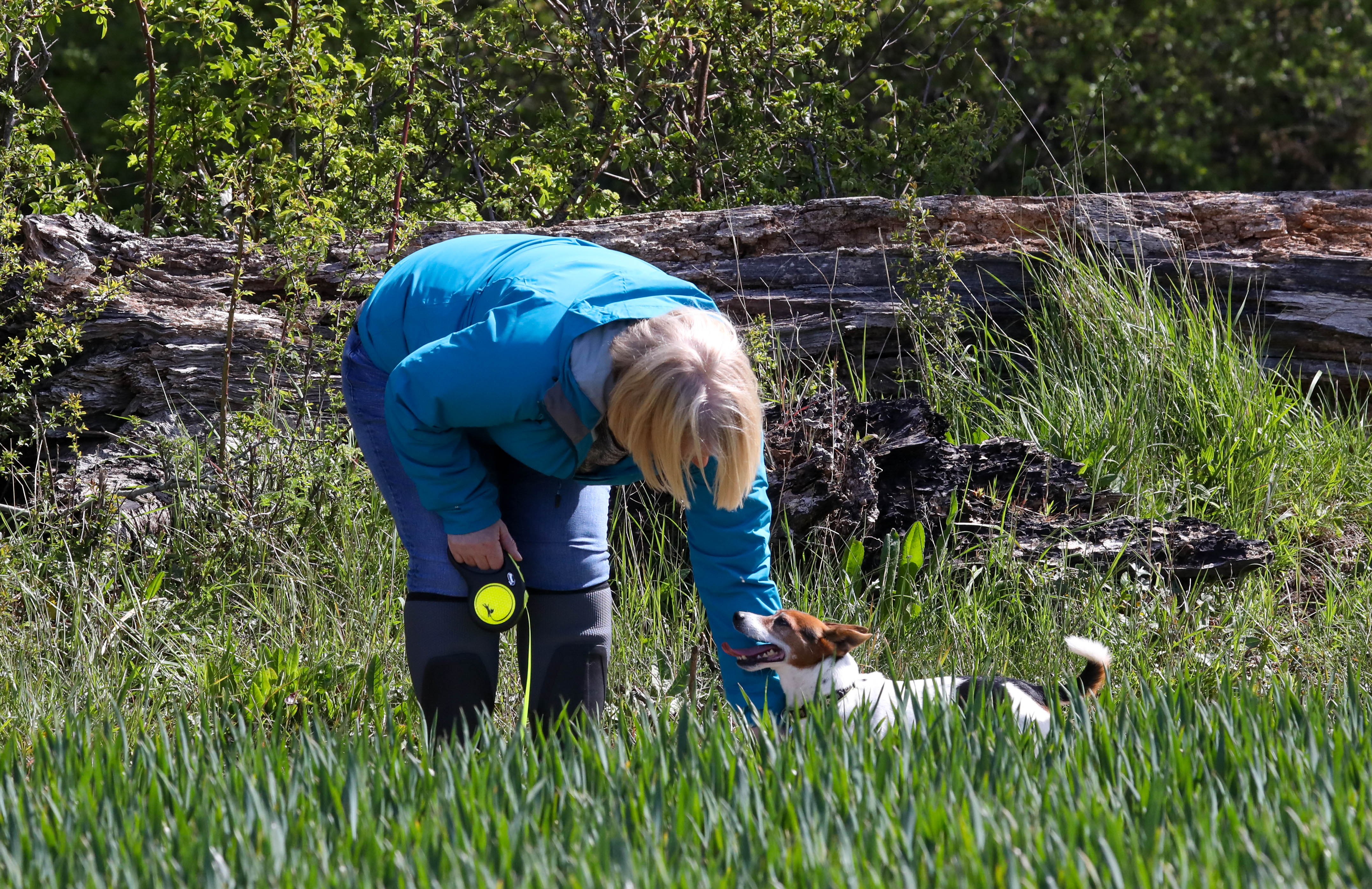