Junior doctor, 28, who was suspended for altering her disabled sister’s travel pass to dodge paying £170 of fares can return to work after issuing grovelling apology

A junior doctor who illegally used her disabled sister’s travel pass to scrounge free public transport around London can return to work after issuing a govelling apology.

Dr Sharifa Scerif, 28, had exploited the taxpayer funded Freedom Pass system on 80 different occasions to dodge paying £170 worth of fares.

She made journeys on the Underground, train and bus over a two month period before being caught by a ticket inspector at Kings Cross tube station, who noticed the pass she was carrying had a partially rubbed out photo of her sister.

Initially the doctor, who legally has an Oyster and discount Gold cards, lied to the inspector and said the incident was ‘isolated’ and a ‘one off’ – claiming her three-year-old niece mistakenly put the pass in her purse.

But inquiries revealed she had used sister Fatma’s pass on numerous occasions to avoid paying for travel and police were called in. She was subsequently convicted of fare dodging and she was obliged to report herself to the General Medical Council. 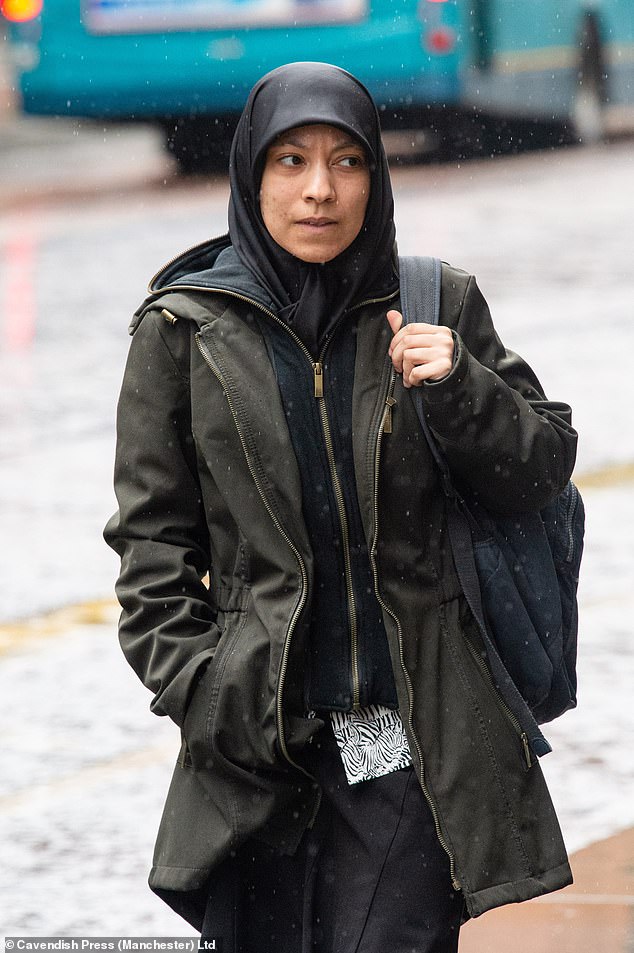 Dr Sharifa Scerif, pictured outside court, had exploited the taxpayer funded Freedom Pass system on 80 different occasions to dodge paying £170 worth of fares

Last year at the Medical Practitioners Tribunal Service in Manchester, Scerif, who lives with her sister in Islington, north London, was found guilty of misconduct and dishonesty and was given an eight month suspension from medical practise.

This week at a review hearing, her suspension was lifted after she claimed it was ‘blessing in disguise’ and helped her realise what she did was wrong.

In a statement to a disciplinary panel Dr Scerif said: ‘It took my suspension for me to see this, but I have now realised and accepted the serious nature of my misconduct and do not intend to lessen the gravity of its seriousness.

‘My actions have departed significantly from the standards expected of a good person and of a medical professional. I have violated the principles so fundamental to being a doctor and this saddens me greatly. I am genuinely sorry for this.

‘I have thrown the hard-earned reputation of my profession into disrepute and this realisation is heartbreaking, but I know I have nobody to blame but myself.’

The investigation began after Scerif who graduated from Birmingham University in 2017, was stopped on the morning of February 1, 2018, by ticket inspector Maria Doyne, who noticed a photo on the Freedom Pass which appeared to have been rubbed off.

When the inspector questioned the name on the pass, the doctor said Sharifa Scerif was a name she ‘sometimes uses’ but then admitted it wasn’t hers when the official threatened to call police.

She claimed it was an ‘isolated incident’ and instructed a lawyer to make a plea not to be prosecuted. 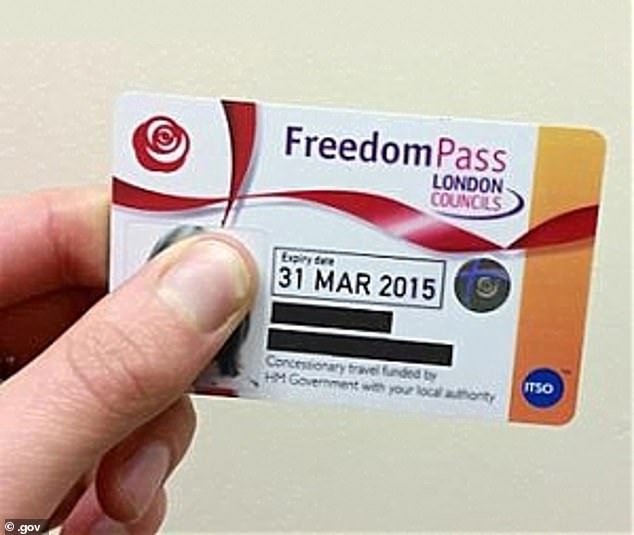 The Freedom Pass, illegally used by Scerif, is a concessionary travel scheme which provided free travel to residents of Greater London who are 60 and over or who have a disability

But Transport for London checked her journey history and showed she used the pass deliberately on 80 occasions between December 2017 and January 2018.

On July 5 2018, Scerif was convicted at Lavender Hill magistrates court of not having a valid ticket for travel and was fined £200 while also being ordered to pay up to £800 in costs and compensation.

The Freedom Pass is a concessionary travel scheme which provided free travel to residents of Greater London who are 60 and over or who have a disability. A typical rail journey from Highbury and Islington station to Kings Cross is £4.90.

Scerif initially denied wrongdoing but eventually admitted she knew what she was doing was wrong and that she was not entitled to use the pass.

She said when she was stopped by the TfL ticket inspector she ‘panicked’ and tried to do what she could to minimise the seriousness of her actions. She said she lied as she was ‘ashamed and fearful of the consequences.’

She has since completed an ethics course and said she ‘genuinely apologised to her family, the TfL ticket inspector, the TfL organisation, her profession, her colleagues and the public.’

Her counsel Catherine Stock said: ‘Dr Scerif has accepted that she lied and has been open about the reasons for her misconduct, her thought processes and how she had come to accept her dishonesty.

‘She has come a long way and that there is no risk of repetition. Dr Scerif has done all that she can to remediate her dishonesty and this has been a salutary lesson for her.’ 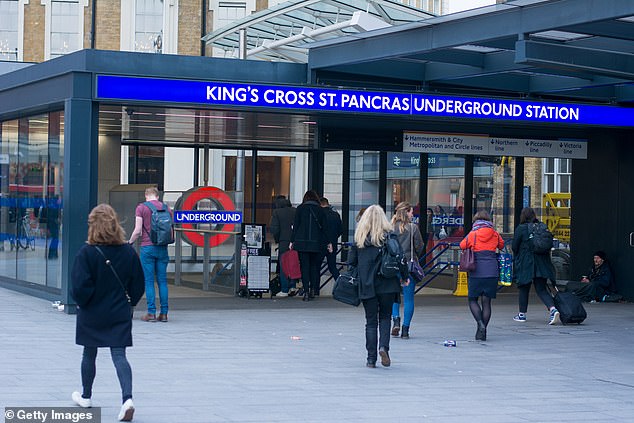 She made journeys on the Underground, train and bus over a two month period before being caught by a ticket inspector at Kings Cross tube station, pictured, who noticed the pass she was carrying had a partially rubbed out photo of her sister

In giving Scerif the all clear to return to work, tribunal chairman Jayne Wheat said: ‘Dr Scerif maintained her denials for a significant period of time until the suspension imposed by the 2019 Tribunal.

‘But during this period she has undertaken considerable learning activity and her reflections were thorough and genuine. She provided genuine and honest responses regarding her acceptance of her dishonest conduct and provided convincing evidence of the insight that she has developed into her failings.

‘The Tribunal was impressed that, despite the challenges presented by the Covid19 pandemic, Dr Scerif had continued with her online training, and secured a mentor that she has continued to liaise with. There is a minimal risk of repetition.’