The Vice President is said to be visiting states key to the next presidential vote in 2024 and has held meetings with fundraisers as she eyes the Oval Office. It comes as Joe Biden has suffered from a bout of Covid, which has led to some cancelled trips and events as he recovers.

The White House said he is “feeling well” and “doing just fine”, with symptoms reduced to a sore throat, but the US President is having to isolate and conduct meetings via phone or video link.

While he is said to be making a quick recovery after testing positive, the fact that Mr Biden will be 82 when the next election arrives has not gone unnoticed.

A New York Times poll this month found that 64 percent of Democrat voters would prefer a different candidate when asked to choose their next President.

Steven Isenberg, a Democrat commentator, called on Mr Biden to “quit Joe, quit” in a Washington Post column on Sunday. 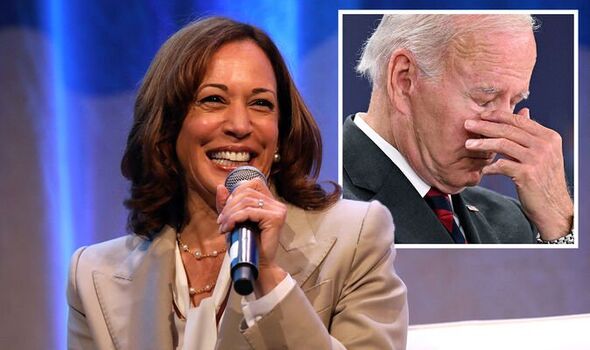 In it, he claimed the aged executive could “save the midterms with a one-term pledge” – a reference to November’s House of Representatives elections.

This was because, he argued, the contests would “become about key issues and the quality of individual candidates rather than the merits of Biden’s presidency”.

Mr Isenberg wrote: “[Biden] should not ask the Democratic Party, or the nation, to assume the risk of a second four-year term that would begin after he reached the age of 82.”

He added: “The plotting and the politicking of Democrats aspiring to the presidency have already begun. Unless Biden announces that he is not running for re-election, this quiet campaign against him will intensify.” 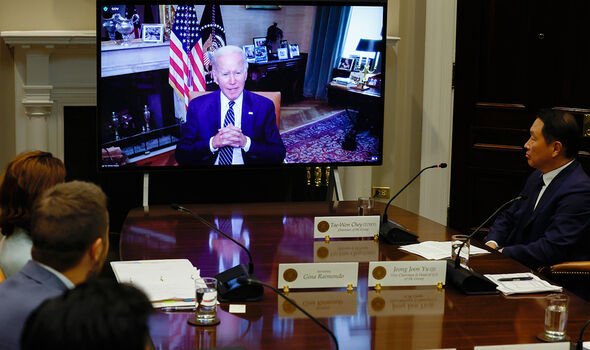 One of those plotters may well already be Ms Harris, who is reportedly attempting to make herself a more visible member of the administration.

While making headlines when she became the first female and ethnic minority vice president, she is said to have struggled playing second fiddle to the current commander-in-chief.

After making around three domestic visits a month for the first half of this year, Ms Harris’s travels have soared to eight trips in July. 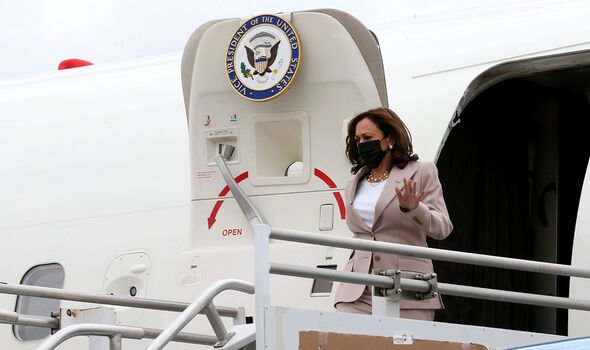 Ms Harris appears to be championing women’s rights after the US Supreme Court overruled the precedent on abortion rights established by the Roe v Wade case.

She told The 19th, a website focussed on gender issues, that “women and men are upset, angry and terrified about the rights that are being taken [away]”.

The publication’s editor, Errin Haines, claimed Harris “wants to be seen – and let voters know she sees them”.

She added: “Harris’s increased visibility and engagement come at a crucial moment for Democrats, as President Joe Biden’s approval rating has been steadily dropping, falling to a new low this week amid inflation woes.” 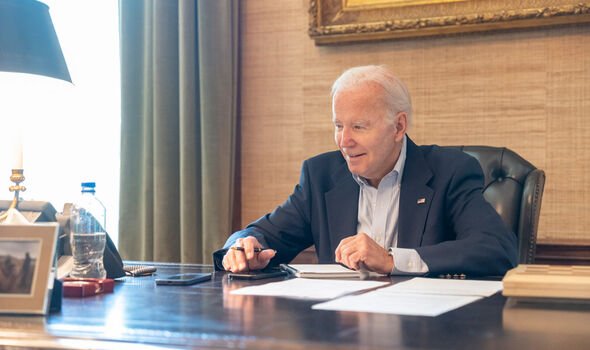 CNBC recently reported that Ms Harris has held private meetings with three key backers who previously sourced funding for her previous campaigns in California, as well as her presidential bid in 2020.

These were said to include conversations with Vanessa Getty – an heir to the Getty family fortune – and Laurene Powell Jobs, the widow of Apple chief Steve Jobs.

The newscaster also claimed that a Wall Street executive who raised money for Biden’s 2020 campaign said that he had received approaches from Ms Harris and Gavin Newsom, another potential Democrat contender and Governor of California.

The executive said that neither explicitly asked for support, but were likely trying to sound out wealthy supporters to back them in case they run for the White House.

The White House has previously said Mr Biden intends to run for a second term.