KATE Middleton stunned as she went on parade last night to greet the troops at the Horse Guards Parade.

The Duchess of Cambridge took the salute at the Beating Retreat military pageant for the first time. 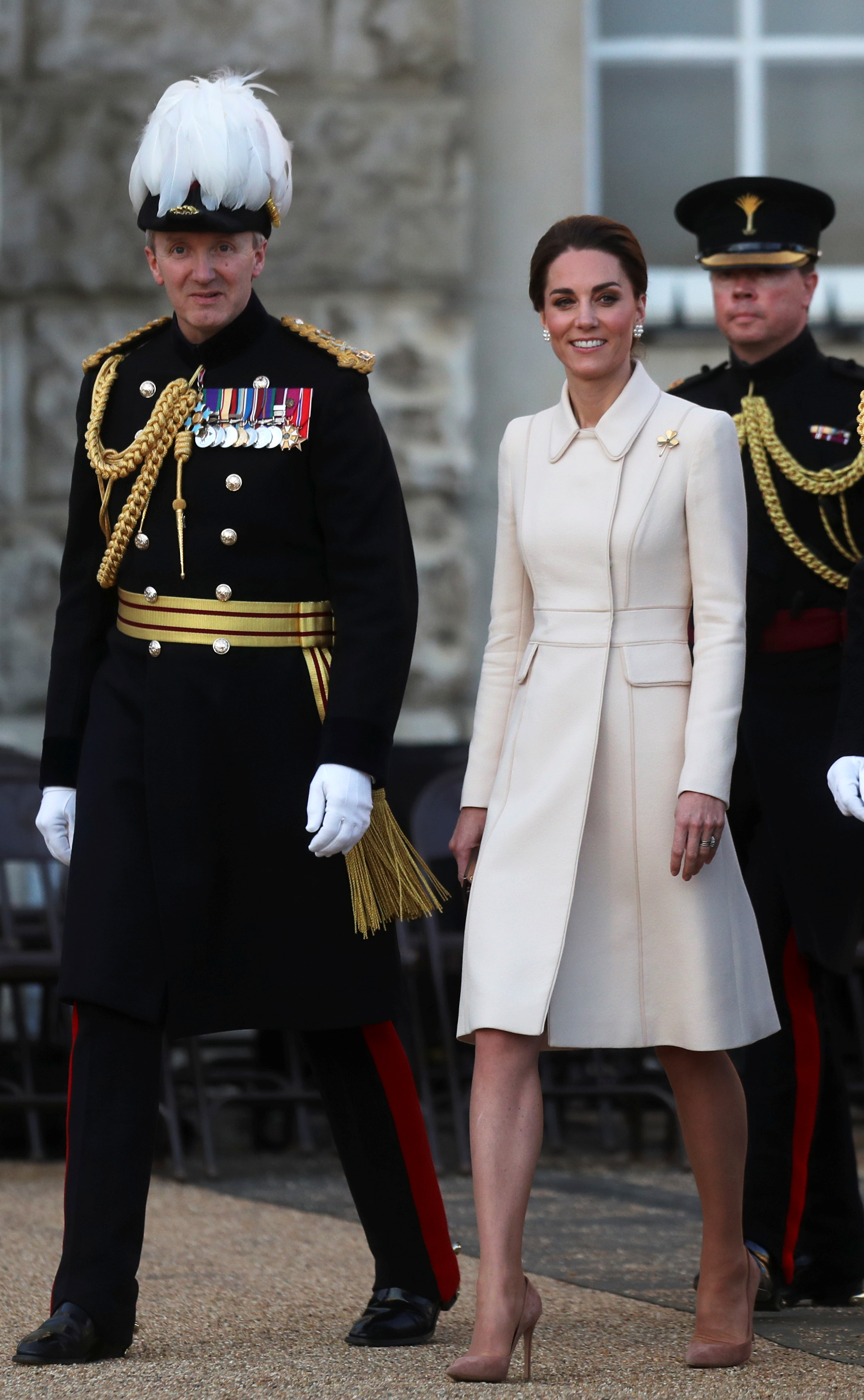 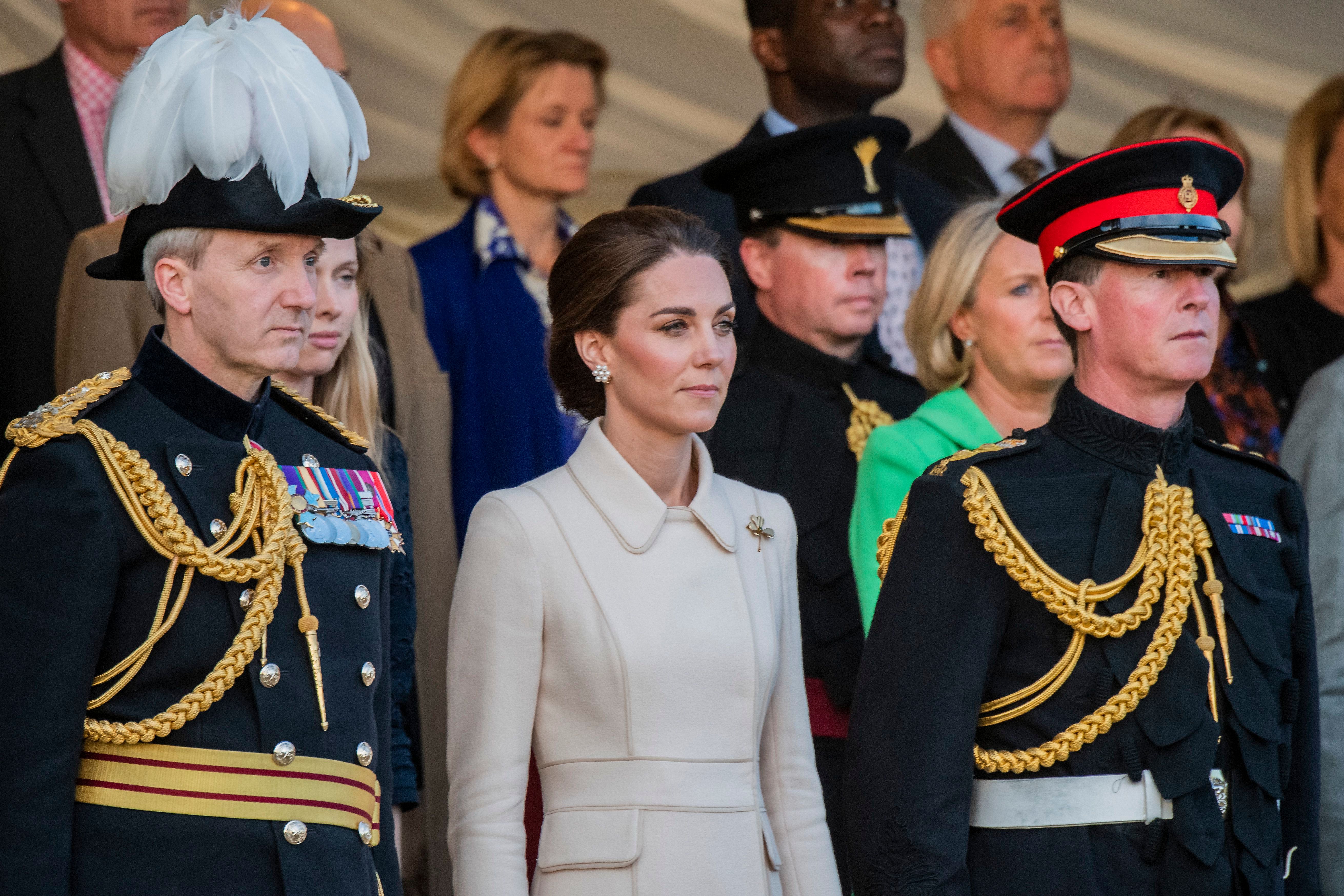 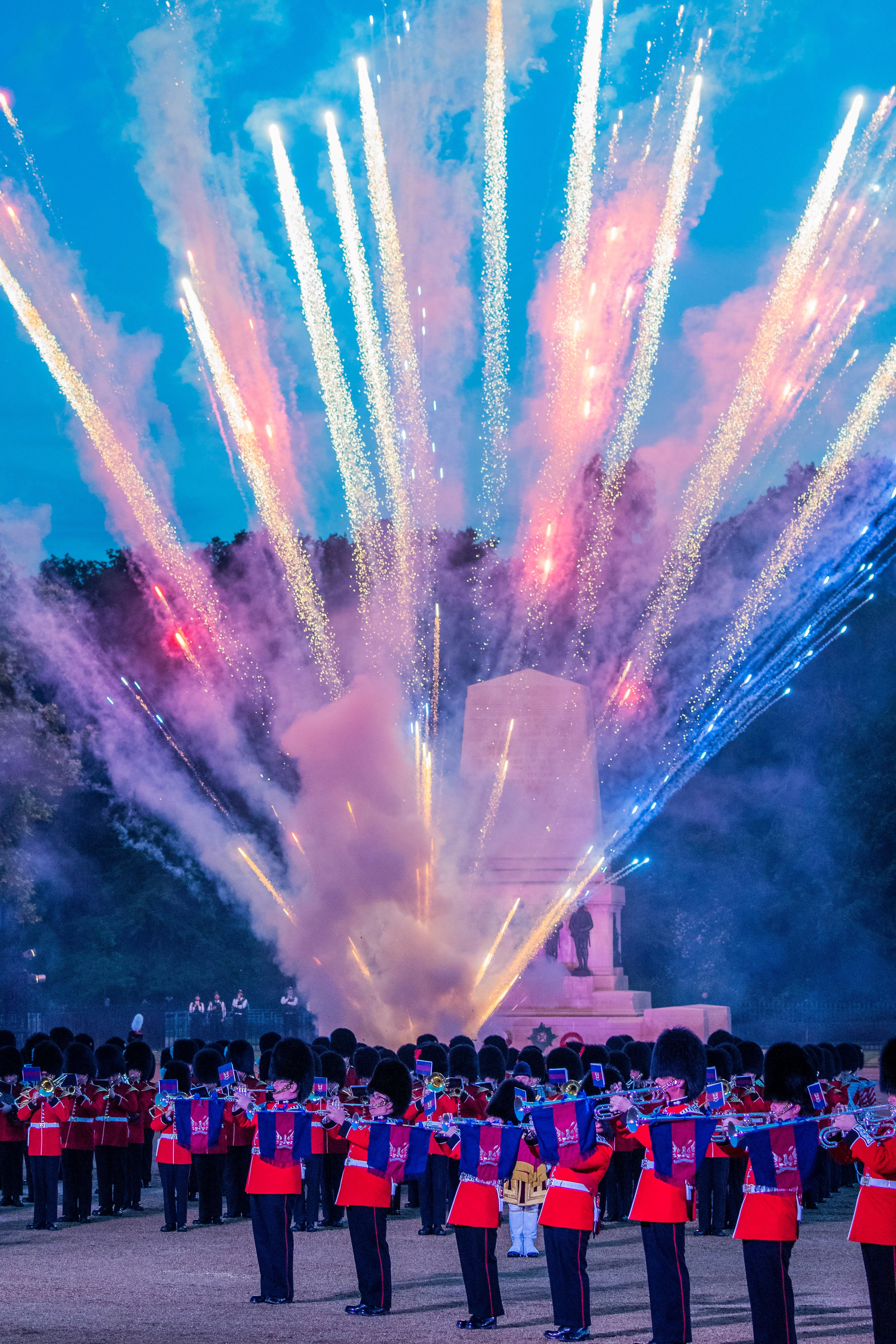 The mum-of-three wore a cream collared jacket with an Irish Guards shamrock brooch for the event that saw 300 musicians, drummers and pipers from the Massed Bands of the Household Division performing traditional military music and marches.

And the 37-year-old appeared in good spirits as she greeted troops ahead of the parade before standing to attention as the impressive display unfolded in London last night.

The display of military music, precision drill and fireworks has taken place in Whitehall every year since 1966.

Last night's parade paid tribute to the 75th anniversary of D-Day by including a composition taken from The Longest Day, a 1962 film depicting the Normandy landings on June 6 1944.

And about 7,500 bystanders cheered as Kate Middleton, with her hair in a slick chignon, arrived to at the hour-long event.

As well as bands from the Household Division, this year the military spectacular featured The Band, Pipe and Drums of the Royal Guard of Oman.

Kate represented the Royal Family at last night's display after her husband Prince William spoke at the commemoration service at the National Memorial Arboretum in Staffordshire yesterday. 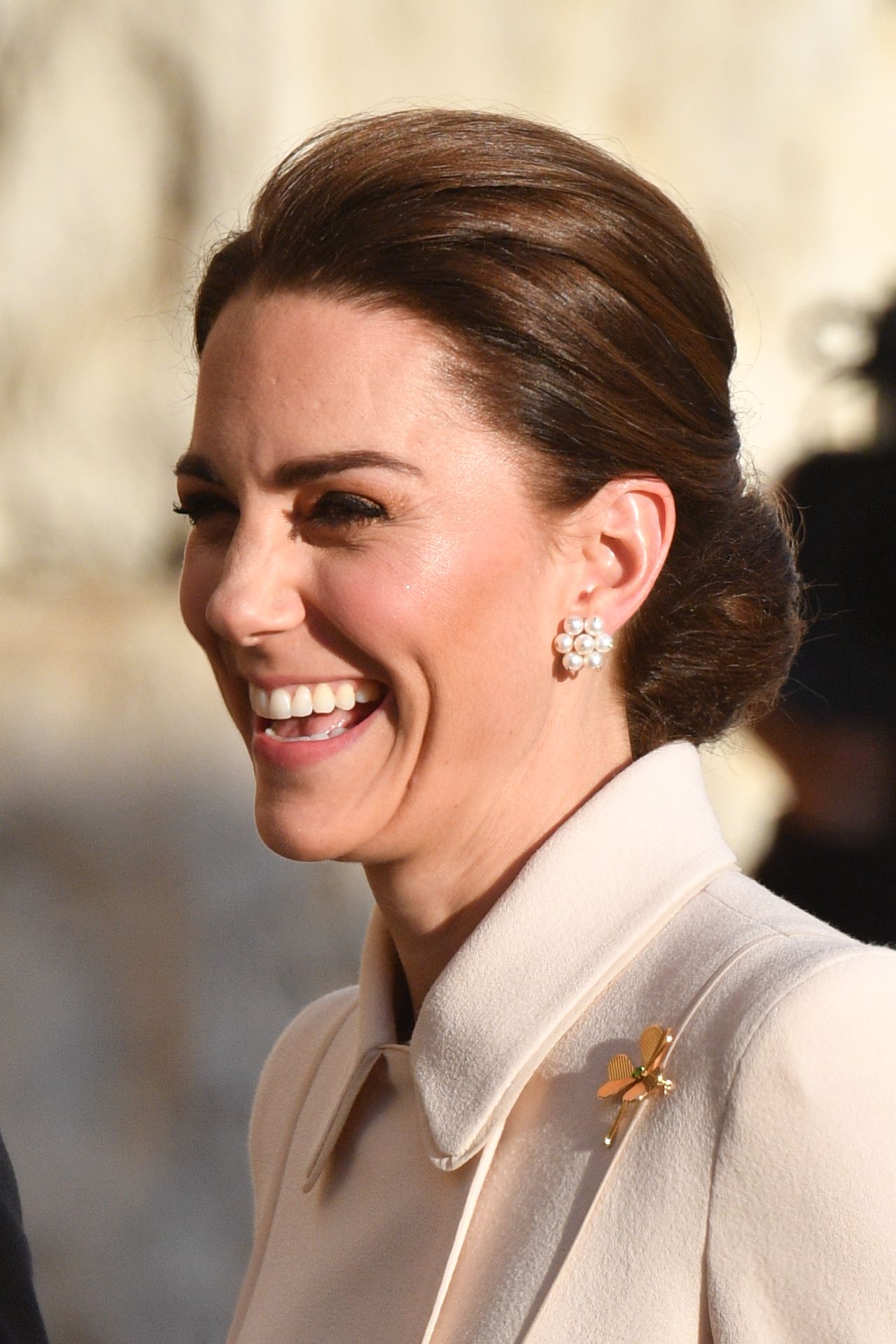 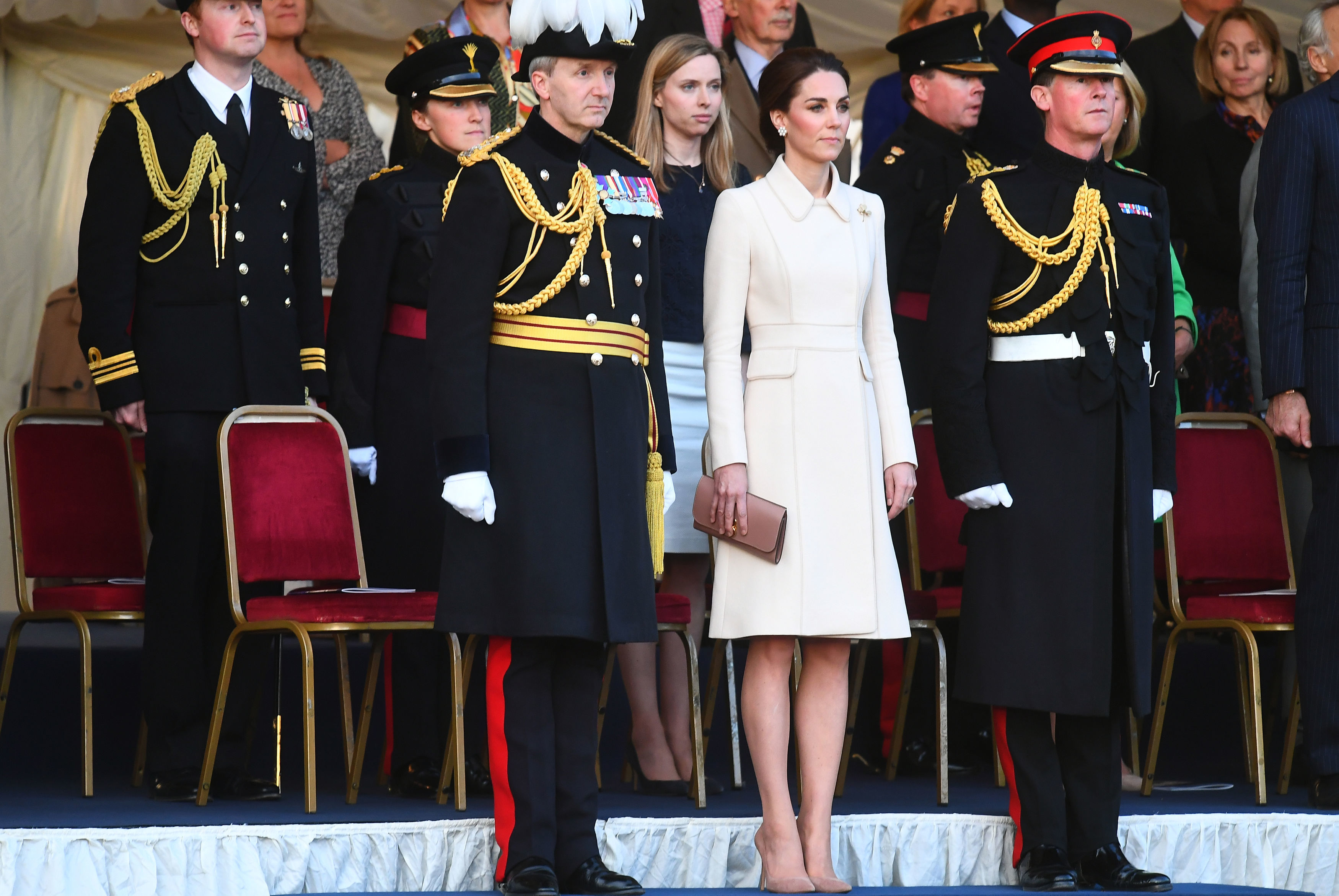 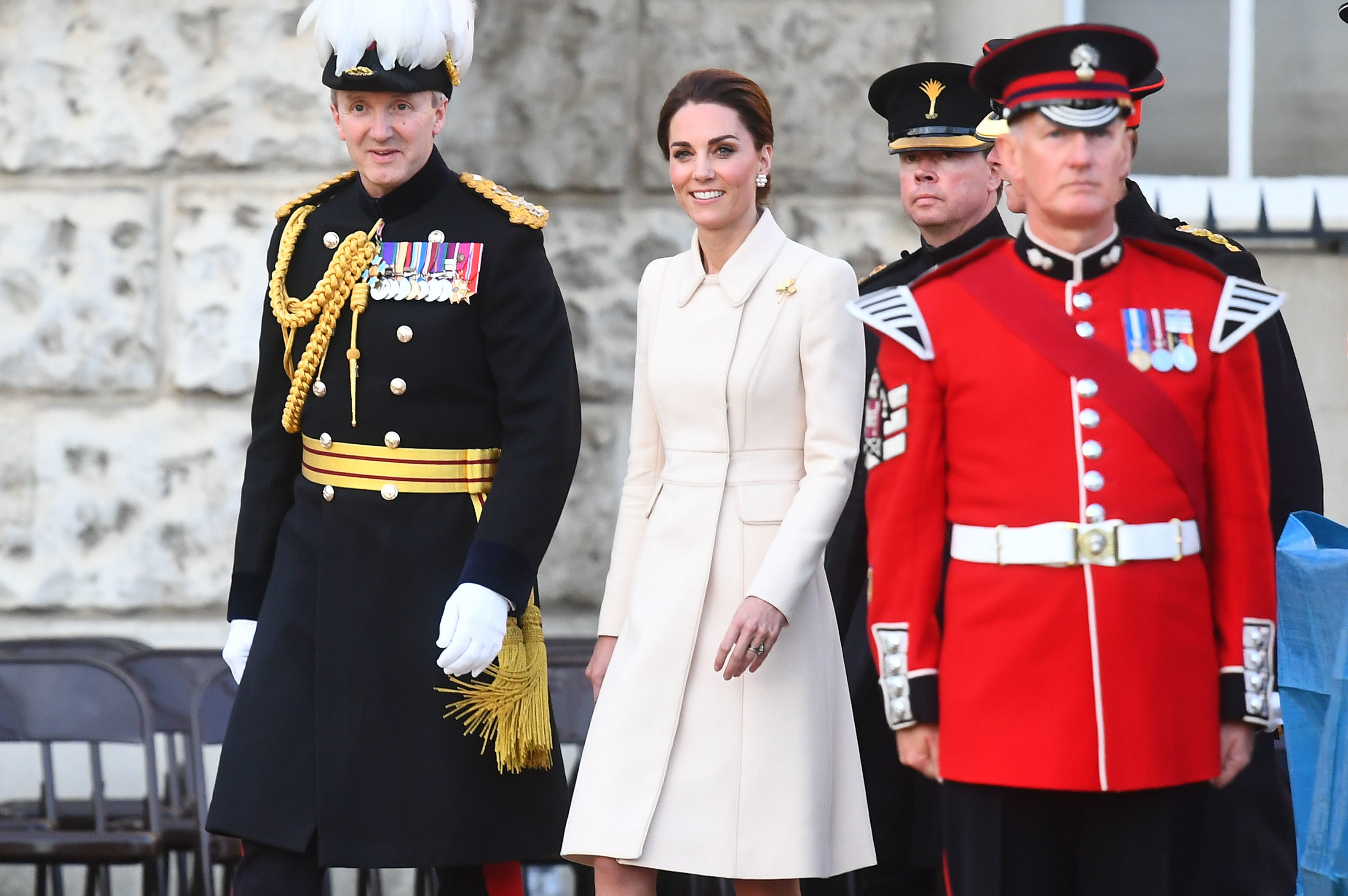 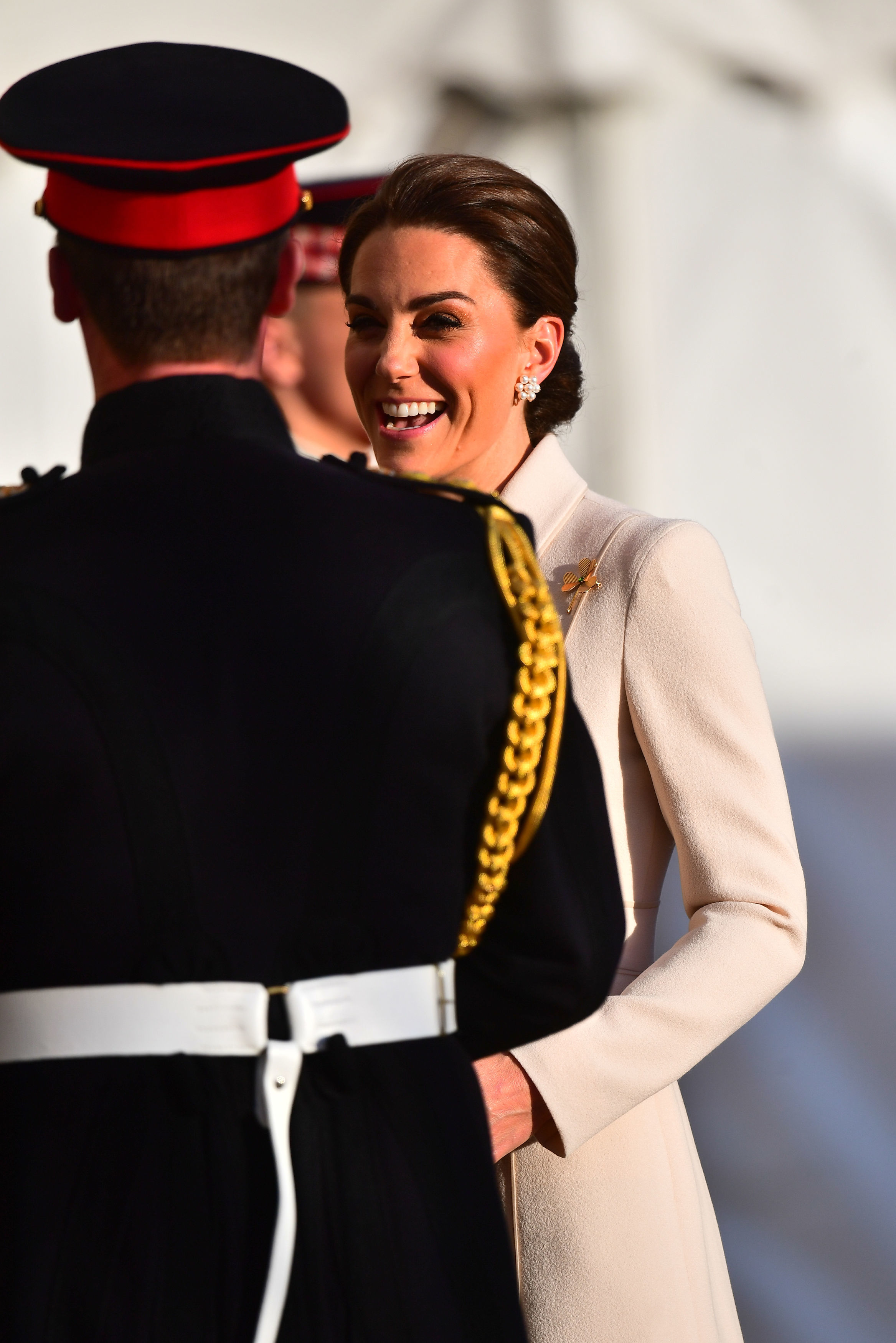 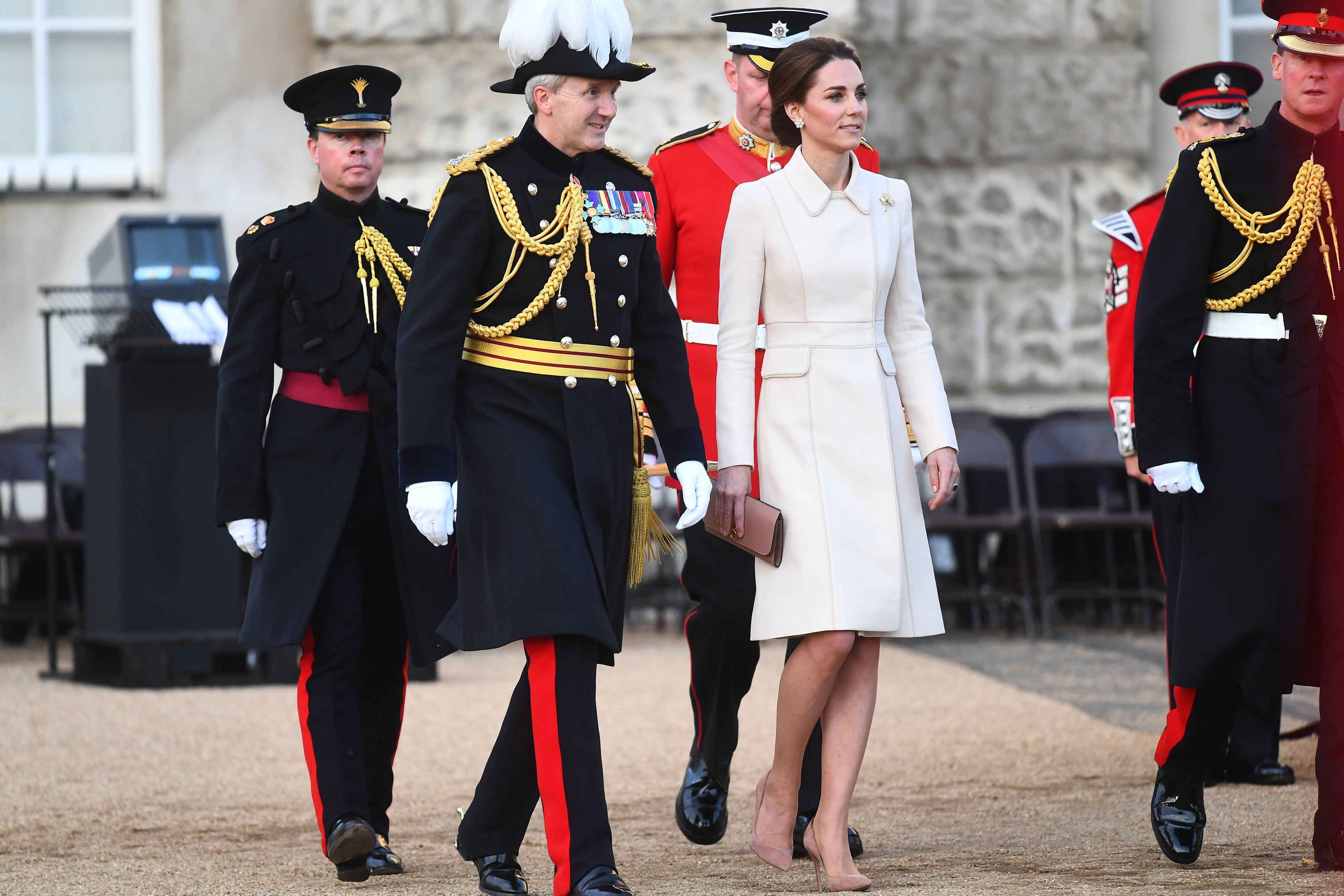 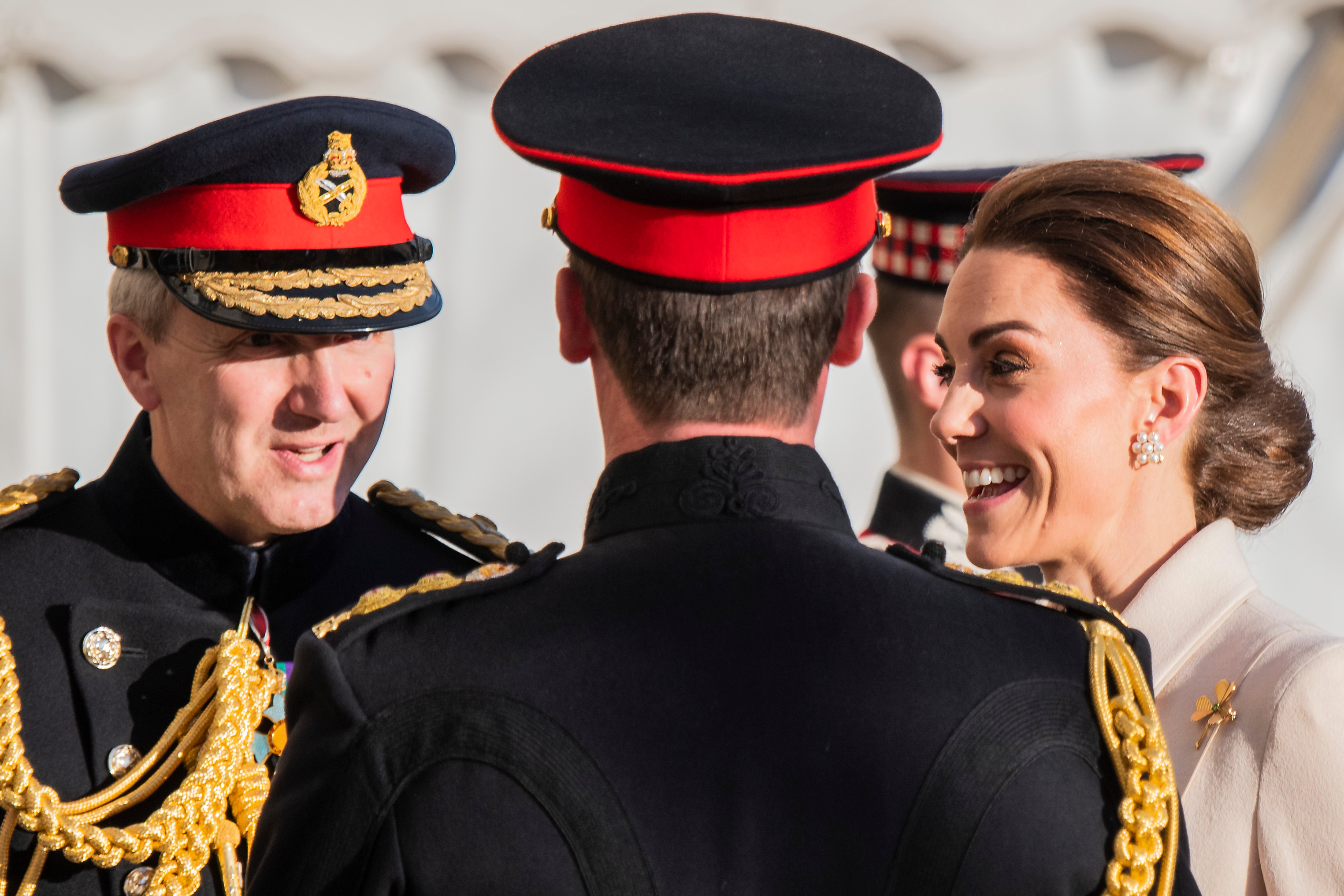 And in a touching moment, the Duke of Cambridge delivered the same D-Day address his great-grandfather King George VI made in 1944 to recognise the great sacrifice made in wartime.

Meanwhile, Prince Harry and Meghan Markle thanked the D-Day vets for their service as the duke met with former soldiers at the Royal Chelsea Hospital.

The new dad praised the Chelsea Pensioners in a speech, telling them: "Don’t ever underestimate the joy that you bring to everyone you meet.

"You represent something really quite special, you are special, and society will always recognise that.

"On this 75th Anniversary of D-Day, I can comfortably speak for everyone when I say we are honoured to be in the presence of six Normandy Landing veterans."

May paid tribute to the "ultimate sacrifice" made by the soldiers who stormed the beaches 75 years ago. 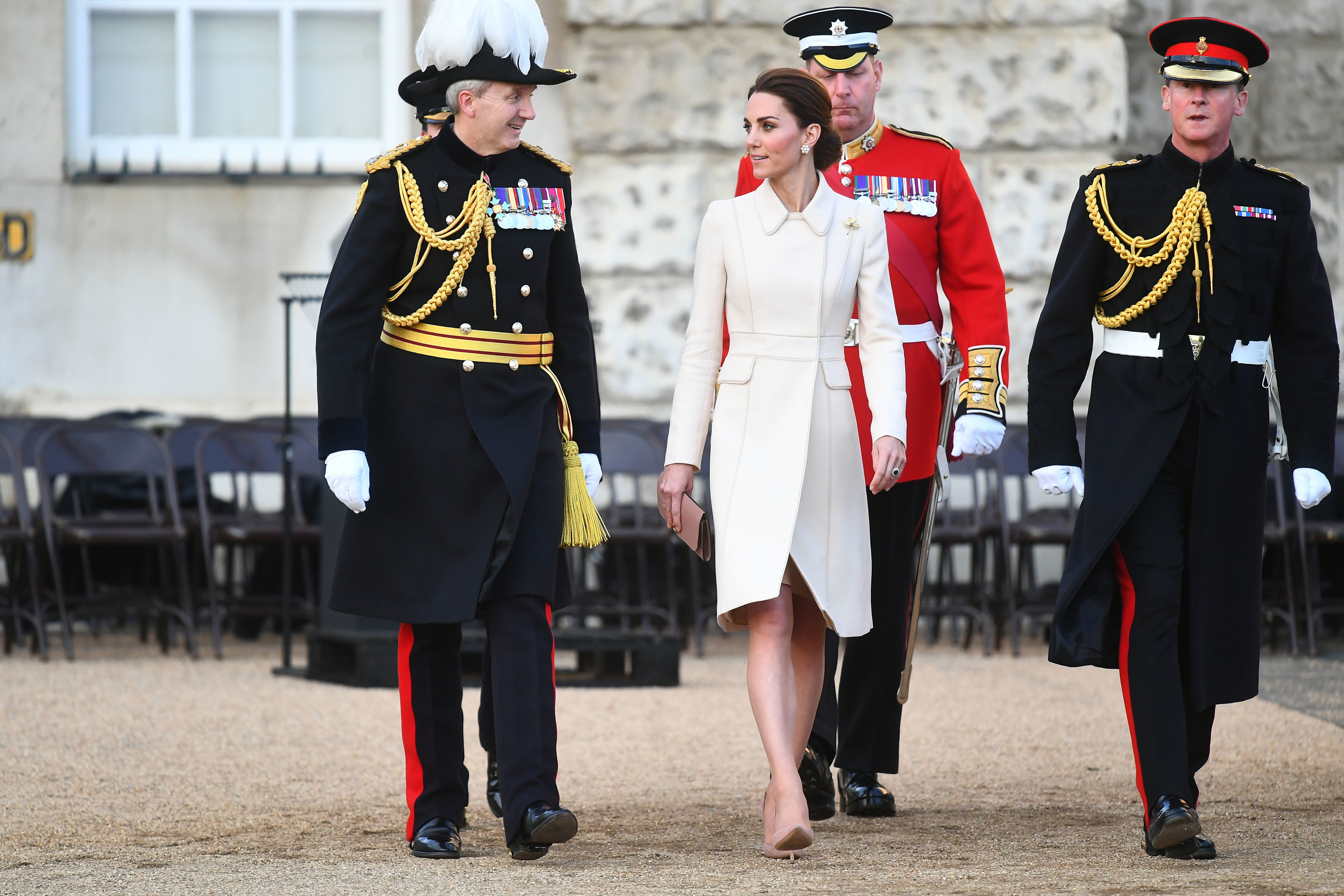 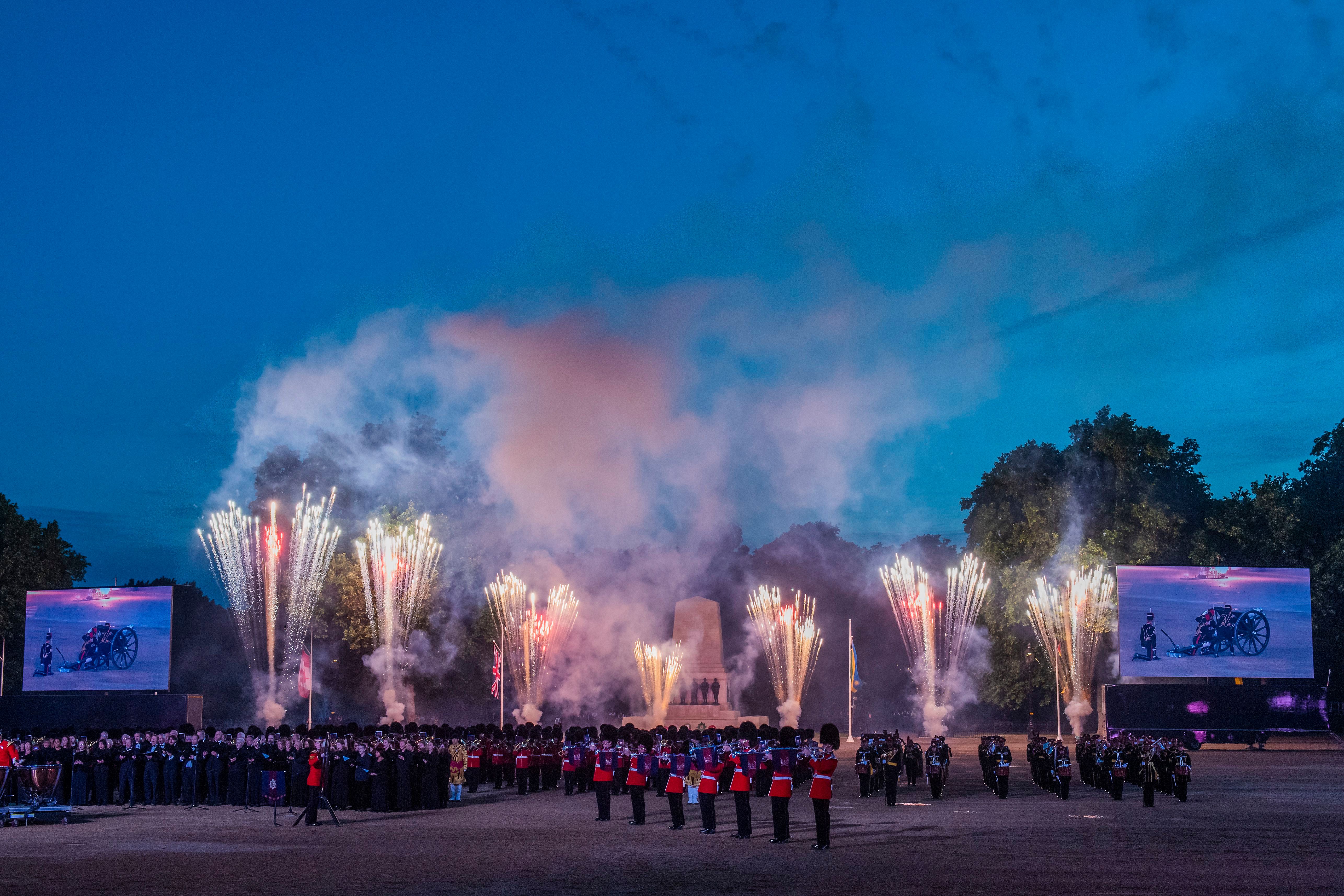 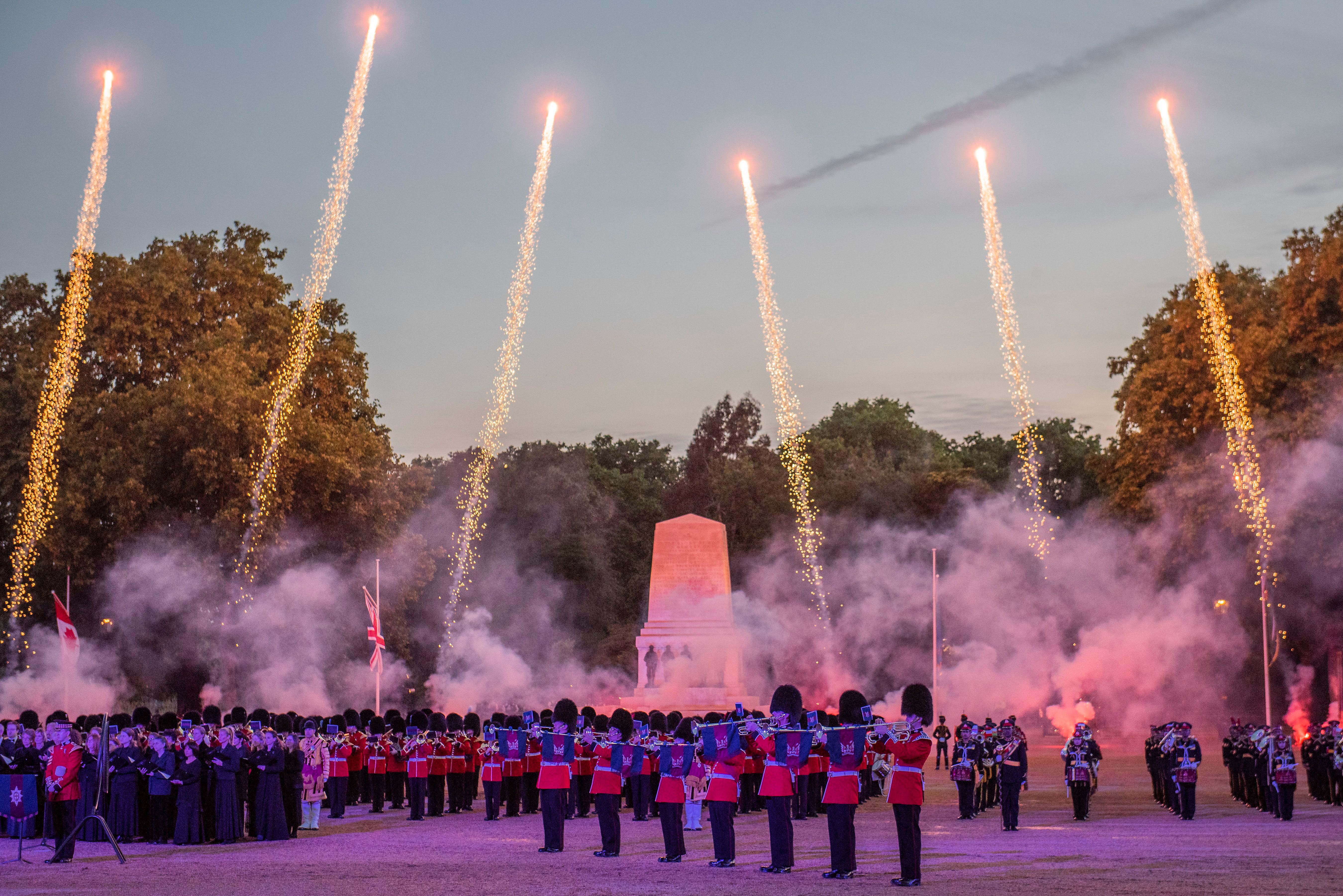 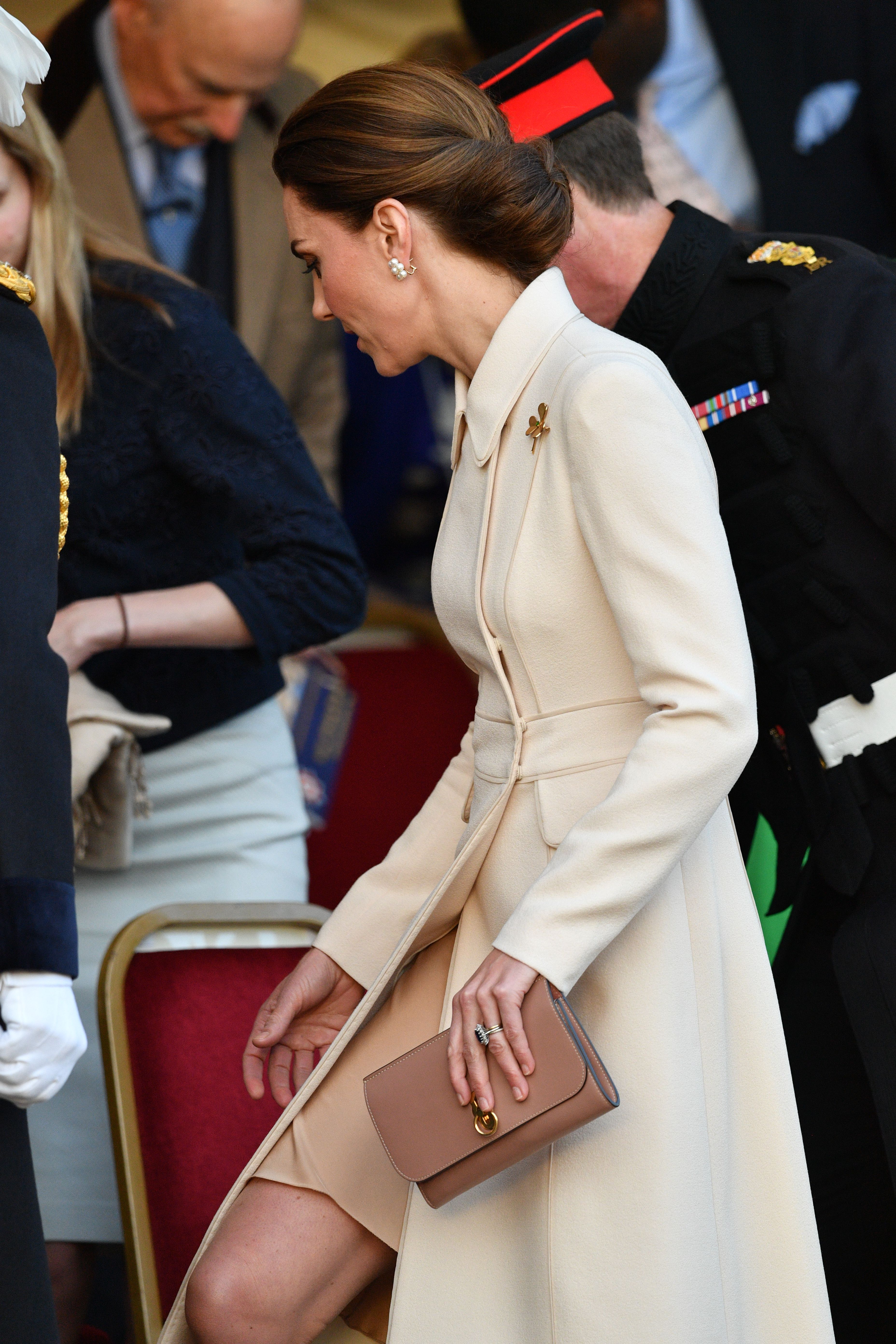 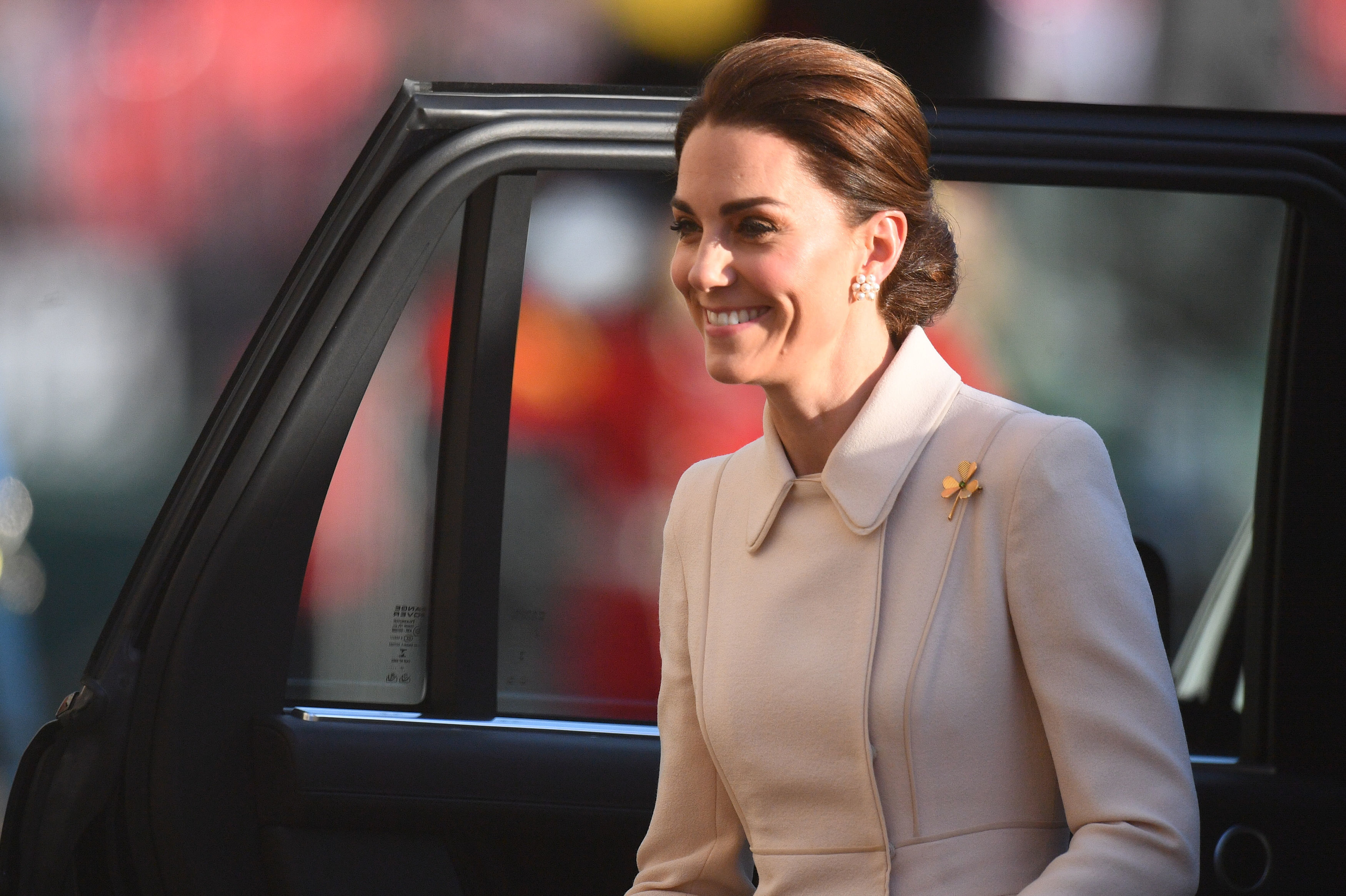 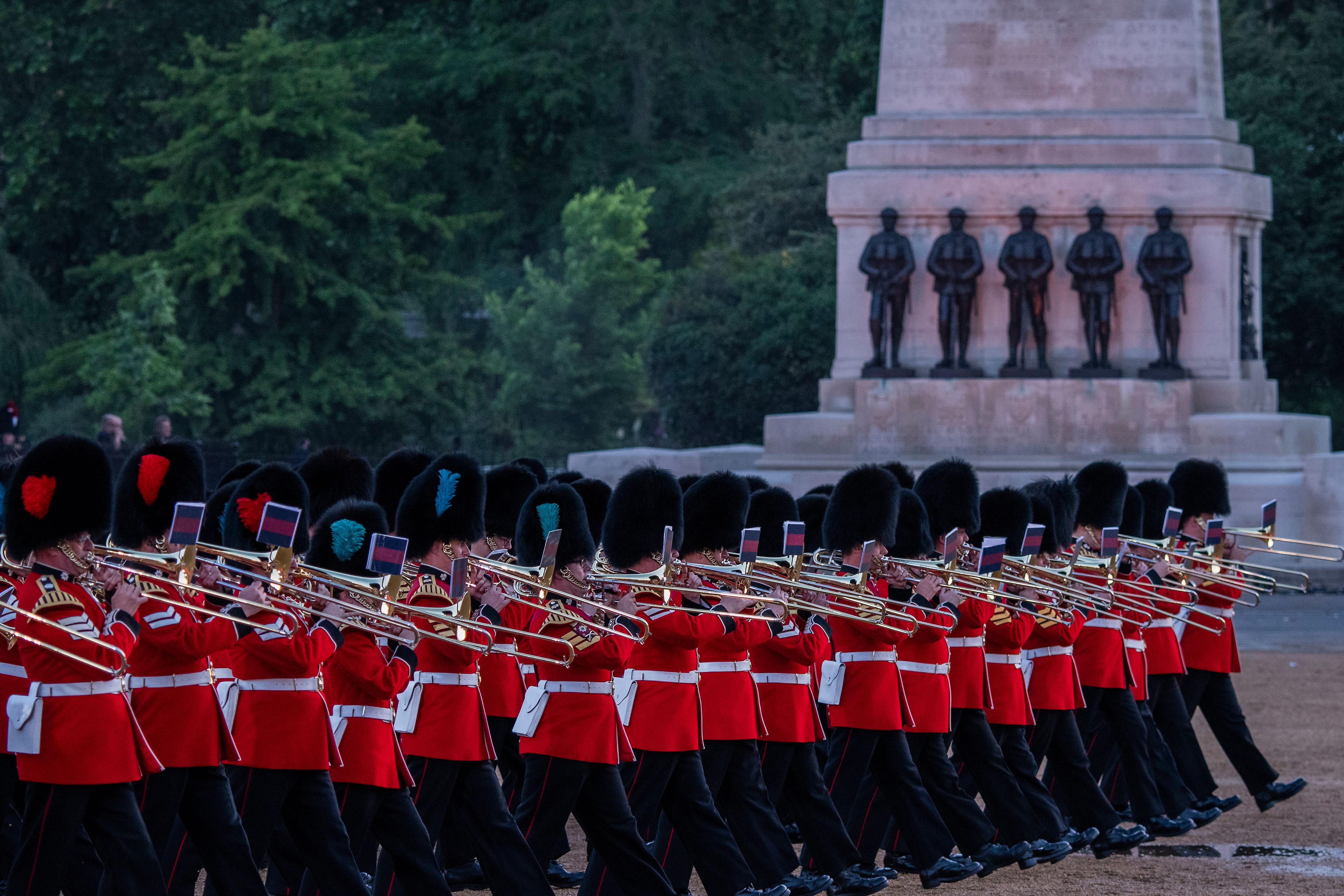 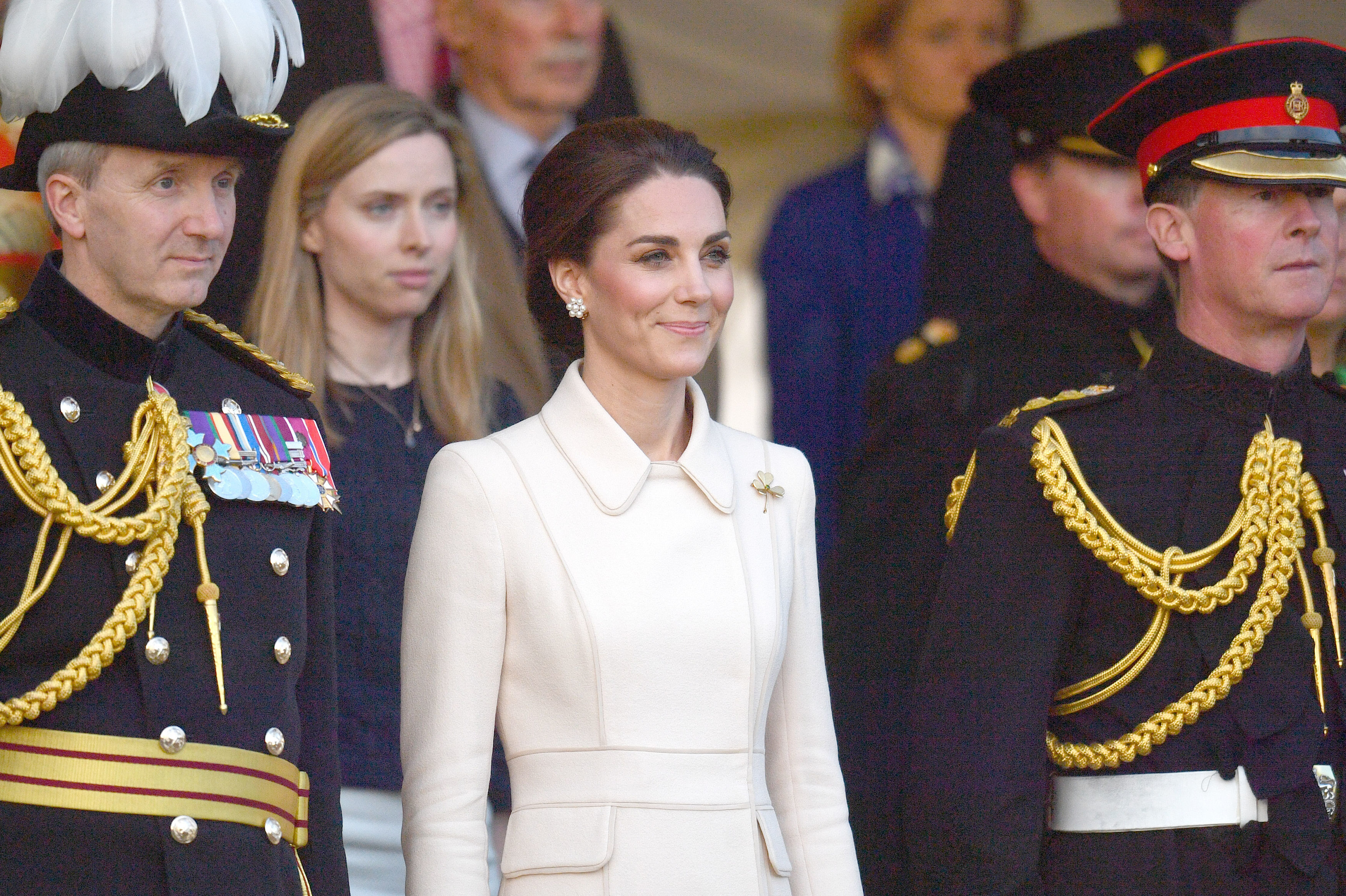 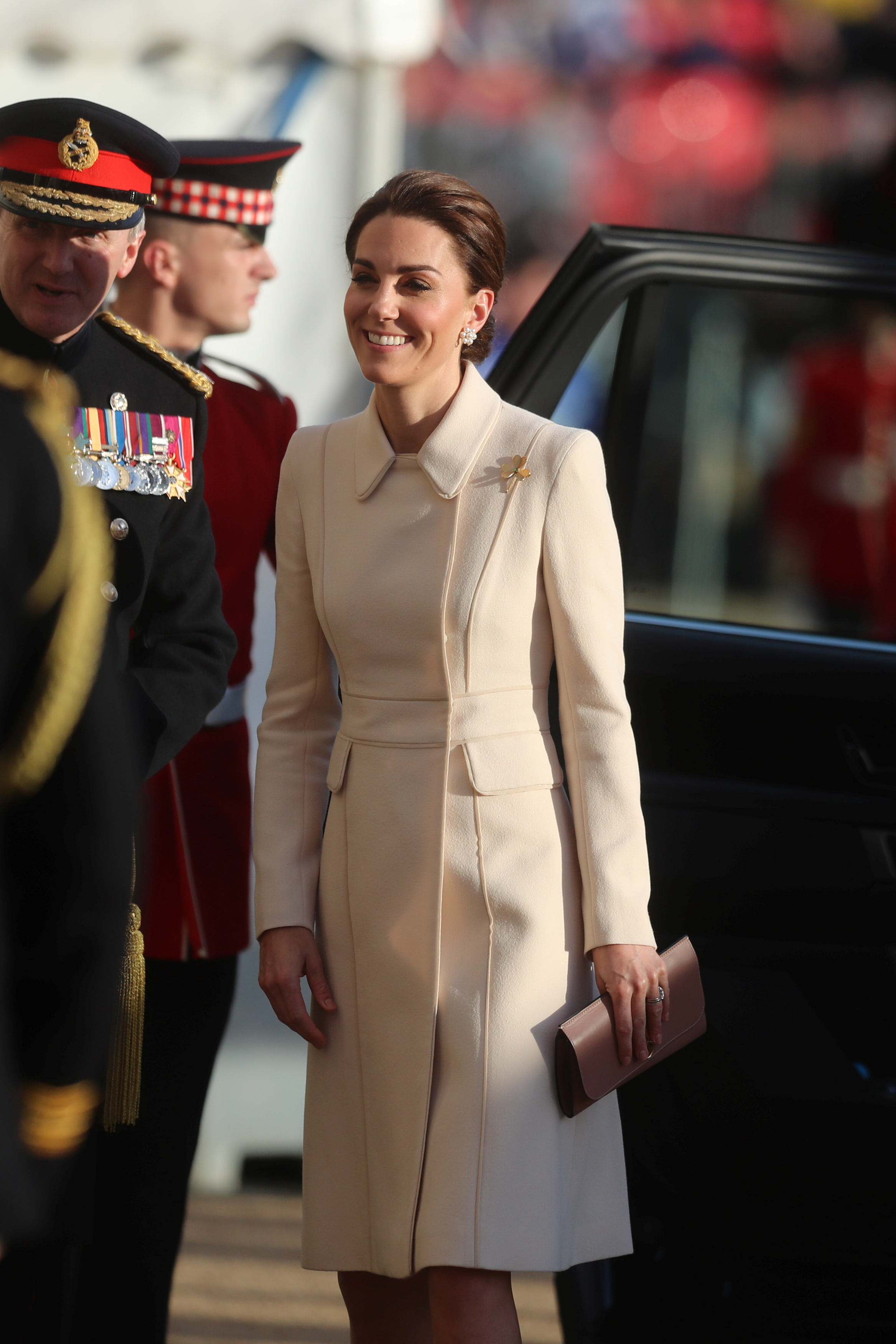