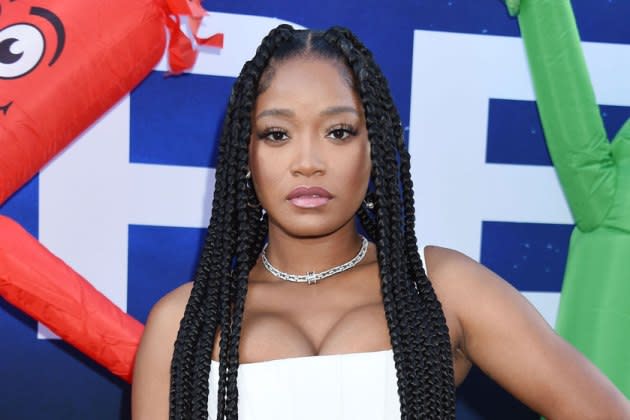 When Keke Palmer got a call from Jordan Peele asking her to star in his latest film, “Nope,” she was quick to jump at the chance to join the Oscar-winning filmmaker’s mysterious project. After all, she’d already DM’d him on Instagram about a year earlier hoping to work together.

Upon reading the script — which centers on Emerald Haywood (Palmer) and her brother OJ (Daniel Kaluuya), children of a Hollywood horse trainer who begin to witness mysterious events at their inland California farm — Palmer was struck by the trajectory of her character.

“She’s of so many archetypes, from the jester to the orphan — she’s so skillfully created,” Palmer told Variety on the carpet at the world premiere of “Nope” on Monday night. “I just remember thinking to myself, ‘Wow, the different levels I’m gonna have to go through performance-wise, this is going to be a challenge.’ But also a good, fun challenge. I don’t get to play characters like that often.”

But while collaborating with Peele on the “intense” shoot was a challenge she relished, Palmer was a little less fond of figuring out how to keep everything about the project a secret, which has become a hallmark of Peele’s projects, following “Get Out” and “Us.”

“I’m not a secret girl like that. Like, I don’t really have secrets like that, because I don’t want to slip up… it really spooks me,” Palmer explained. “I’m like, ‘Just don’t ask me about this damn movie,’ because I want to work with Jordan again, and if I slip up and tell you something, then I’m gonna be the one in trouble.”

Palmer’s solution: keep her answers short. “I had my one little line — ‘It’s a thriller. It’s an adventure and it’s about a spectacle.’ That’s what we all say. If you ever look at any of our interviews, pre-the movie coming out, we all say the same three words.” 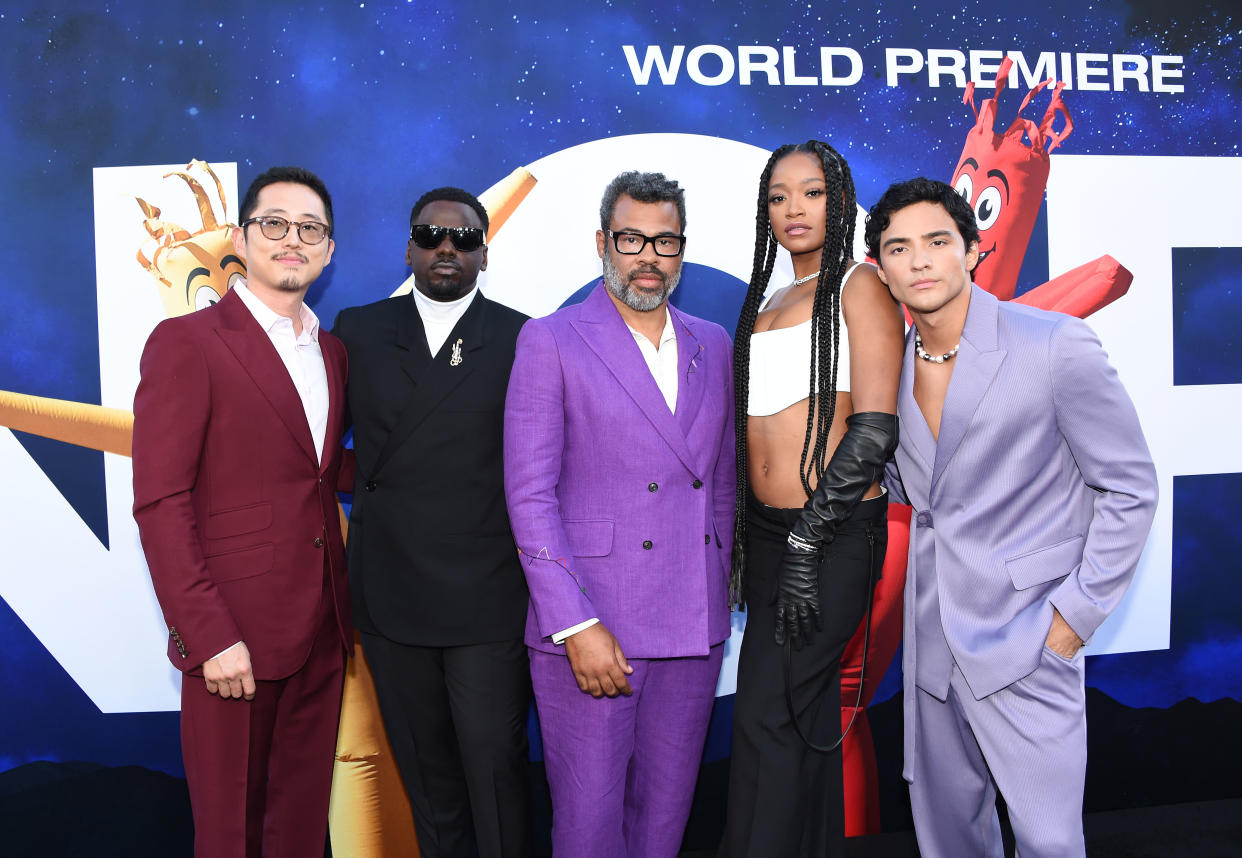 Anticipation was high for “Nope” ahead of the world premiere screening, where Palmer was joined by Peele, Kaluuya and co-stars Steven Yeun, Brandon Perera and Michael Wincott, especially given that only a smattering of journalists and critics had seen the final film prior to the event. Even Lil Rel Howery — who memorably starred in Peele’s directorial debut “Get Out,” and interviewed Kaluuya for a preview presentation at CultureCon — had yet to see the film.

“I tried to see the movie early, but they said ‘No,’” Howery quipped. “I cannot wait to hear the sounds, see the shots, see the performances — you know, Jordan’s going to hit us with some shots.”

John Boyega was similarly keen on figuring out what Peele had up his sleeve with the sci-fi film, praising the filmmaker for his “unique originality, which is a breath of fresh air in our day and age.”

For his part, Peele is well-aware that audiences have expectations — and a lot of questions — when walking into one of his films. There’s been a standard set based on his layered messaging and affinity for hidden details (as evidenced by his premiere look: a custom Bode suit jacket embroidered with the mysterious cloud and rainbow of flags that loom over the movie’s poster). But with “Nope,” he explained, the aim was to make a “big summer blockbuster you can enjoy whatever way you want to.”

“If you want to go in, and you just smoked a big blunt, and you want to go talk to your friends about societal issues, you can do that,” he explained. “If you want to come and relax and get away from it all and see Keke Palmer in the midst of a UFO, that’s what we got for you. Watch however you want.”

Kaluuya shared similar sentiment, advising moviegoers to go into the theater with an “open mind.” He teased: “Prepare to have fun and enjoy yourself.”

It’s fair, though, if it takes them a little time to fully grasp the filmmaker’s vision, since Kaluuya shared that Peele called him twice to explain the premise, giving him a shot-for-shot, beat-for-beat description of the story.

“He told me the whole film during the pandemic, over the phone, and then was like, ‘What’d you think?’” Kaluuya recalled with a chuckle. “I was like, ‘I’m gonna need to take some time.’”

Ultimately, it was the sibling relationship that grabbed Kaluuya’s attention, and he’s hopeful that audiences will relate to it too.

“That brother-sister narrative, I feel was a really unique arc in modern cinema,” he noted. “You don’t really see narratives like that, we call it ‘siblance’. Just two people who love each other, but really annoy each other. That’s natural and people identify with that.”

Yeun, who plays former child star turned theme park proprietor Ricky “Jupe” Park, had his own questions after finishing the script and trying to work through what Peele aimed to unpack with the story. But Yeun had nothing but praise for the filmmaker.

“He’s such an open and honest and willing collaborator,” Yeun said. “He has such a deep understanding of what he wants to say, but also has this ability to let go and let the thing kind of express itself.”

Introducing the film inside the Chinese Theatre, Peele gave the eager audience a quick preview of what to expect, because in his words, “It’s fucking crazy.”

“I wrote this movie at a time, that we still exist in, where I think many of us agree it feels like we’re in the middle of a bad miracle,” Peele explained, quoting a line from the film. “And it’s a reflection of all the the awful and spectacular horrors that we’ve been living through. And so, if you felt you were gonna get a complete escape from the horrors of the world, sorry, it’s not that. But it was very important for myself and everyone in telling this story, that we also told a story about love and adventure and joy and happiness and agency.”

At the end of the evening, social reactions were mostly glowing with praise for the director’s take on the science-fiction genre, spurring comparisons to Steven Spielberg’s works like “Close Encounters With the Third Kind” and “Jaws,” while some were still working out some of the more nuanced ideas. Critical reactions were released on Wednesday morning, with a similar range of opinions.