A LORRY driver has died and an 11-year-old is fighting for their life after a lorry smashed into cars before ploughing into a house this morning.

Residents were woken by a bang 'like the Blitz' as the truck hit several parked cars and injured multiple people in South East London just after 8am today. 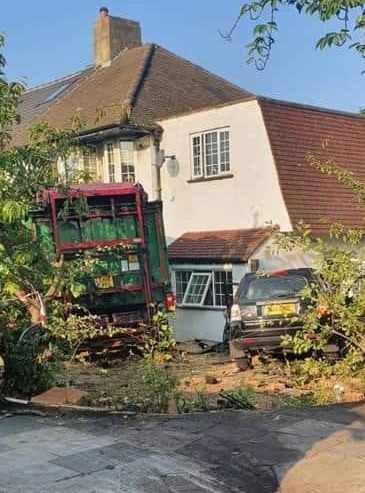 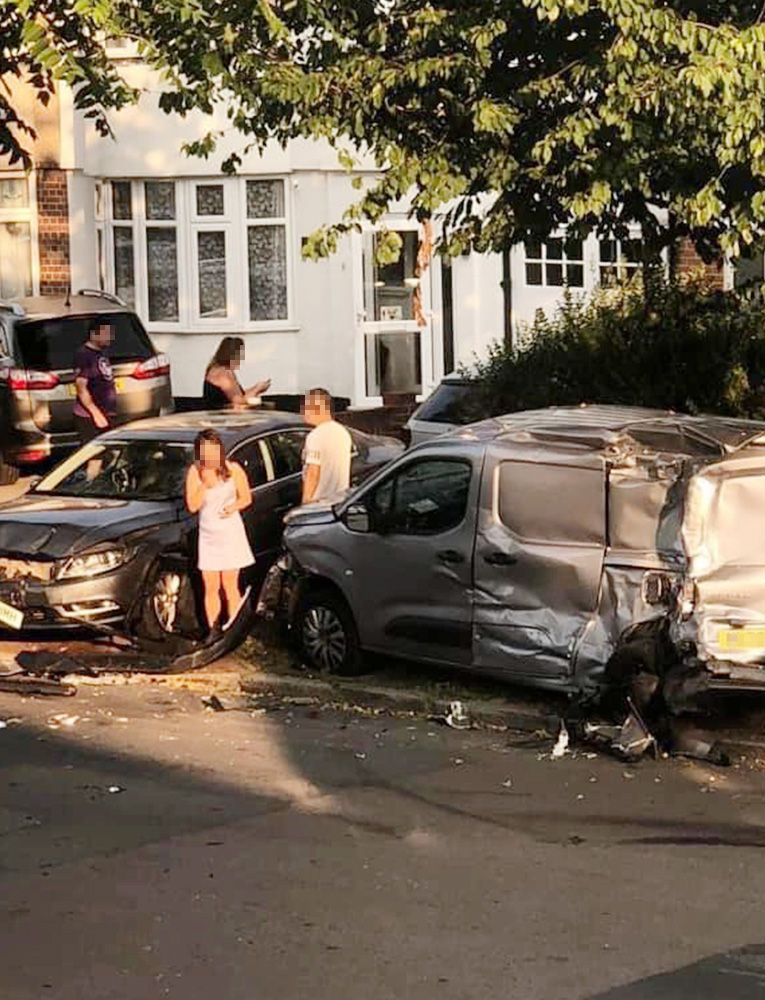 A number of people were rushed to hospital by ambulance and the youngster was flown to a major trauma centre by air ambulance after the tragedy in Kidbrooke.

Firefighters battled to free the driver of the lorry after the crash.

However, he couldn't be saved, and died at the scene.

Residents say they heard a huge bang and the sounds of "carnage" at around 8am shortly before the air ambulance landed.

Eyewitnesses saw the child being stretchered across the A2 Rochester Way.

Roads in the area have been sealed off.

Officers have set up a blue forensic tent close to the scene of the crash.

Emergency workers have covered the lorry's cabin with a plastic sheet to recover the body of the driver.

At least 30 firefighters are also clearing bricks and debris from the devastation.

A Met Police spokesman said: "Police were called at approximately 8.05am to Broad Walk in SE3 by the London Ambulance Service.

"Officers were called to reports of a road traffic collision involving multiple vehicles and a building.

“We are are on scene with London Ambulance Service and London Fire Brigade.

“At this time, we are aware of multiple people being injured.

“An 11-year-old child was taken to hospital. 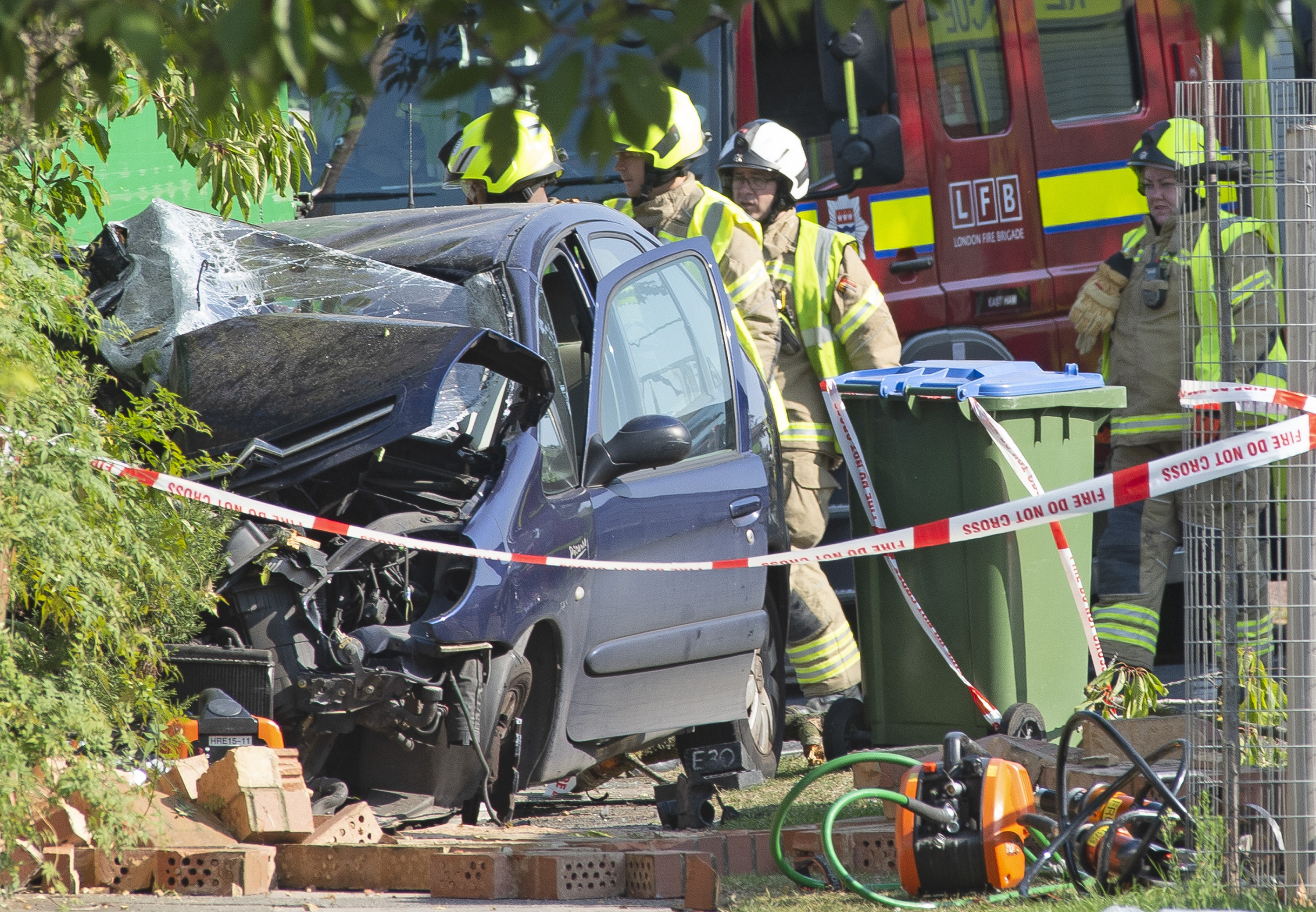 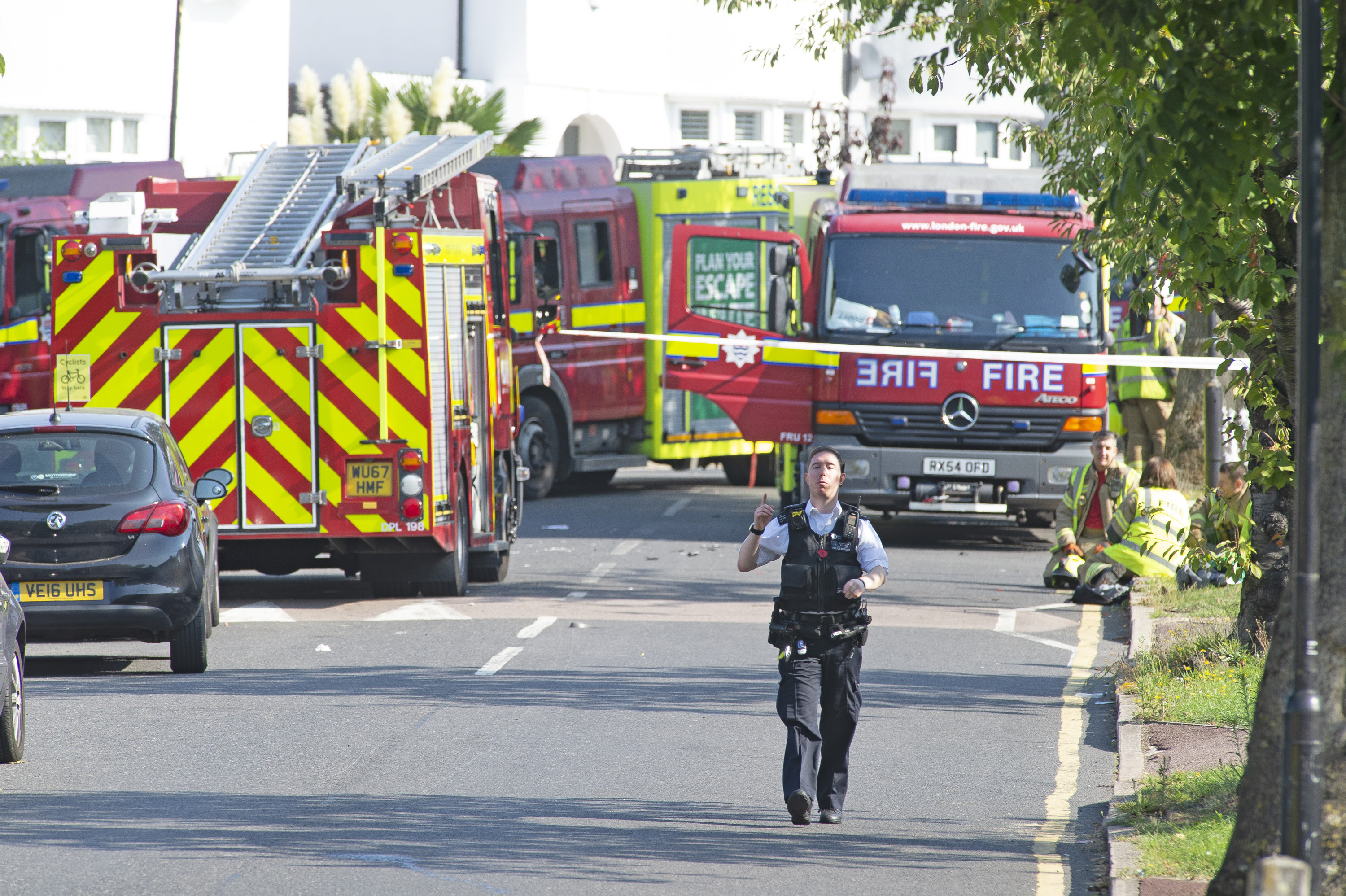 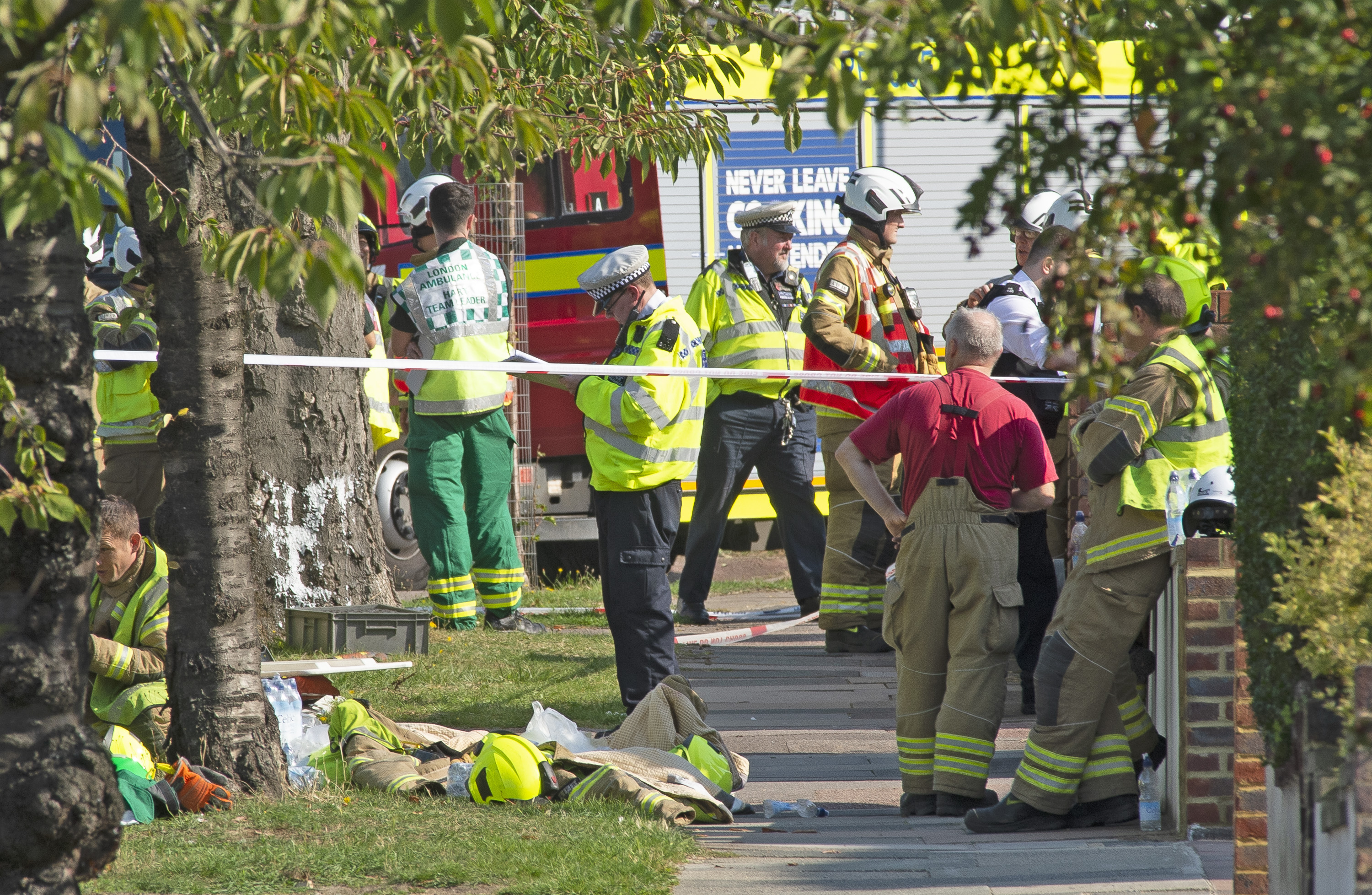 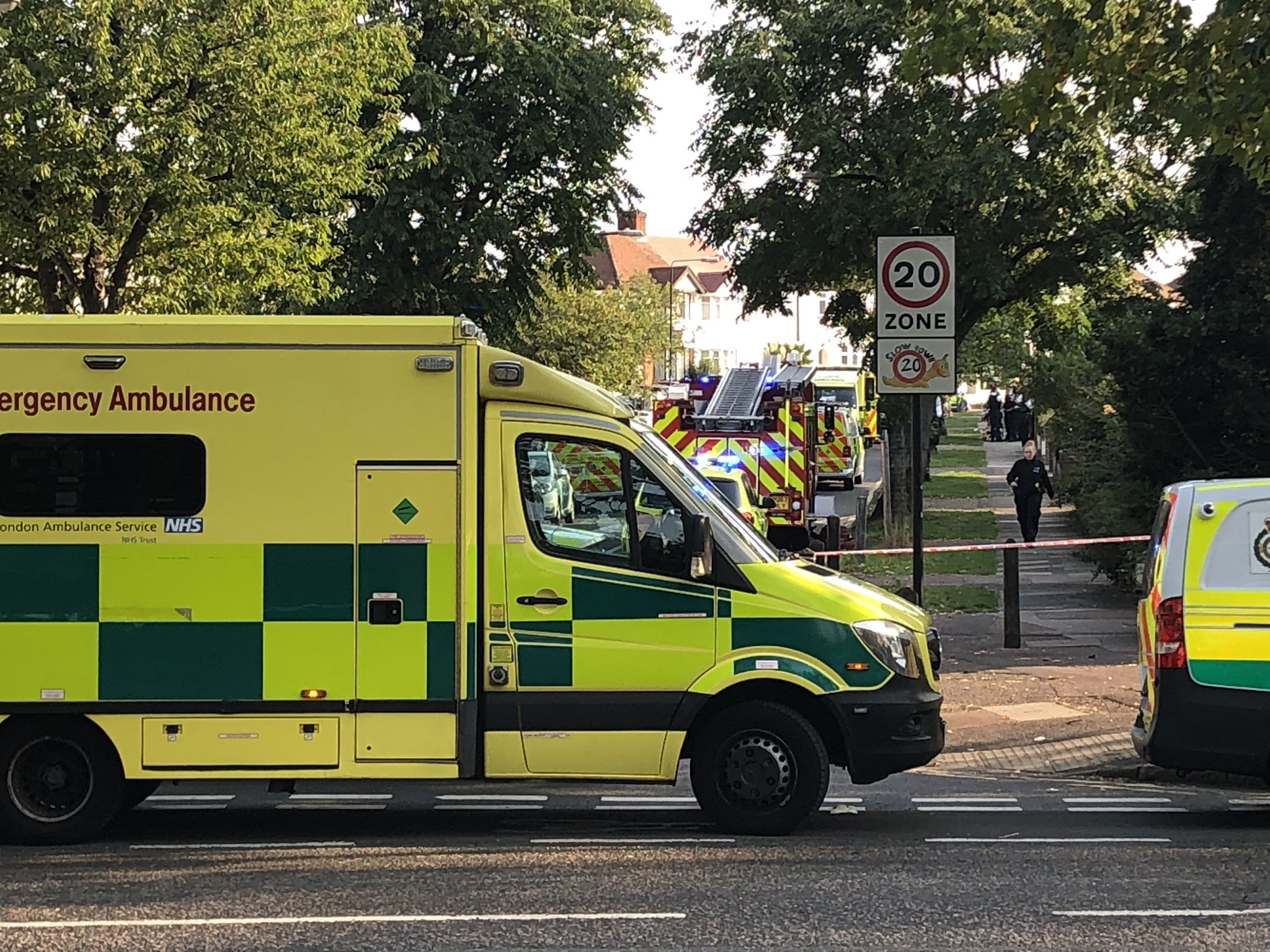 "Their condition has been assessed as life-threatening.

"Two males have been taken to hospital. We await an update on their condition.

“Sadly one man has been declared dead at the scene.

"Work is ongoing to trace their next of kin.

“Road closures are in place and the public are asked to avoid the area.

Fire station Commander Nathan Hobson, who is at the scene said: “It was a challenging incident and it appears that a lorry collided with two cars and crashed into a house.

"Specialist urban search and rescue crews attended the scene and efforts were made to free the lorry driver, but sadly he was pronounced dead at the scene."

A London Ambulance Service spokesperson said four ambulance crews, medics in cars, an advanced paramedic and the hazardous area response teams were sent to the scene, along with the air ambulance.

“Working closely with other emergency services at the scene, we assessed six patients," they said.

"Unfortunately, one patient was found to have died at the scene. 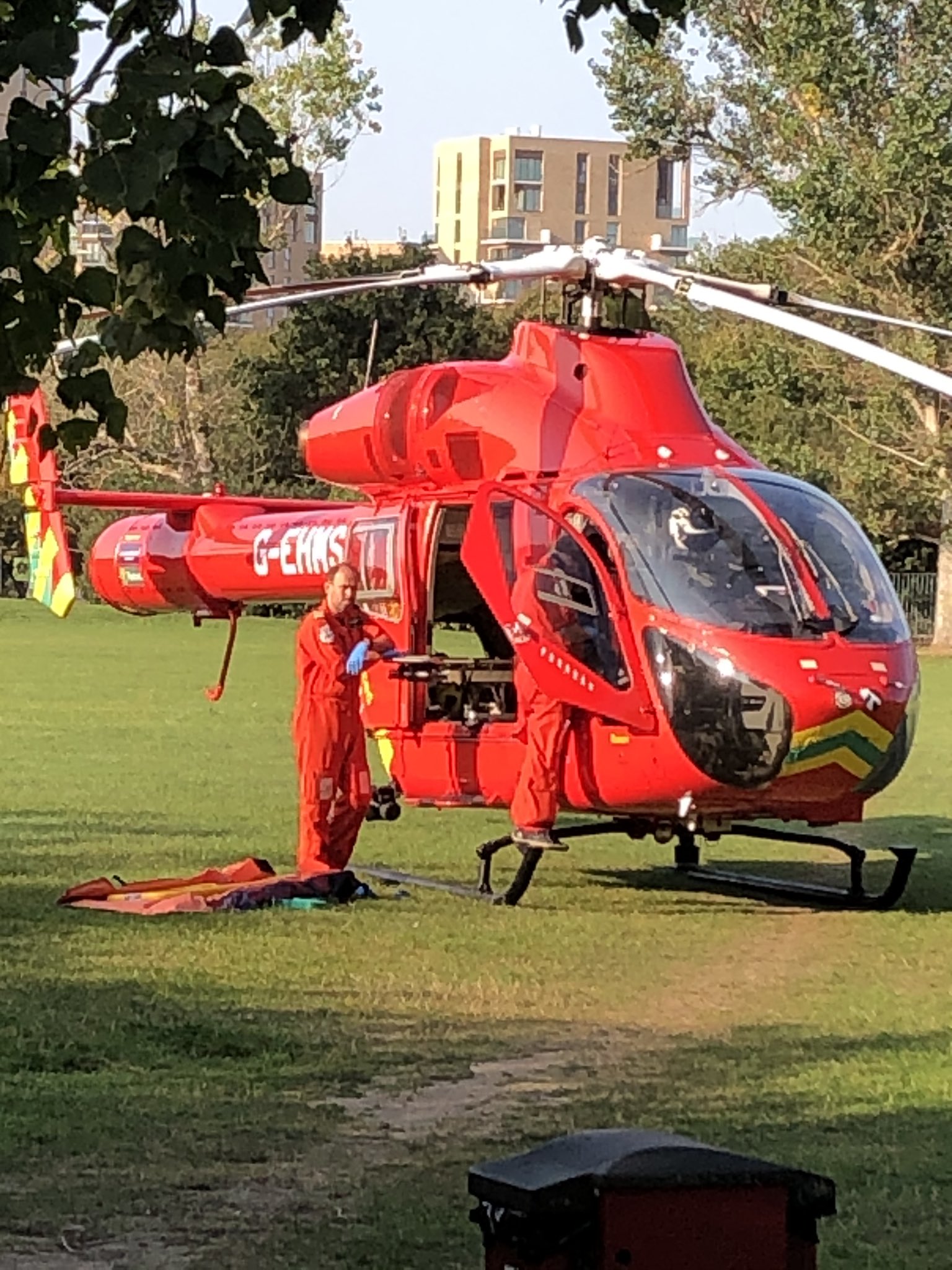 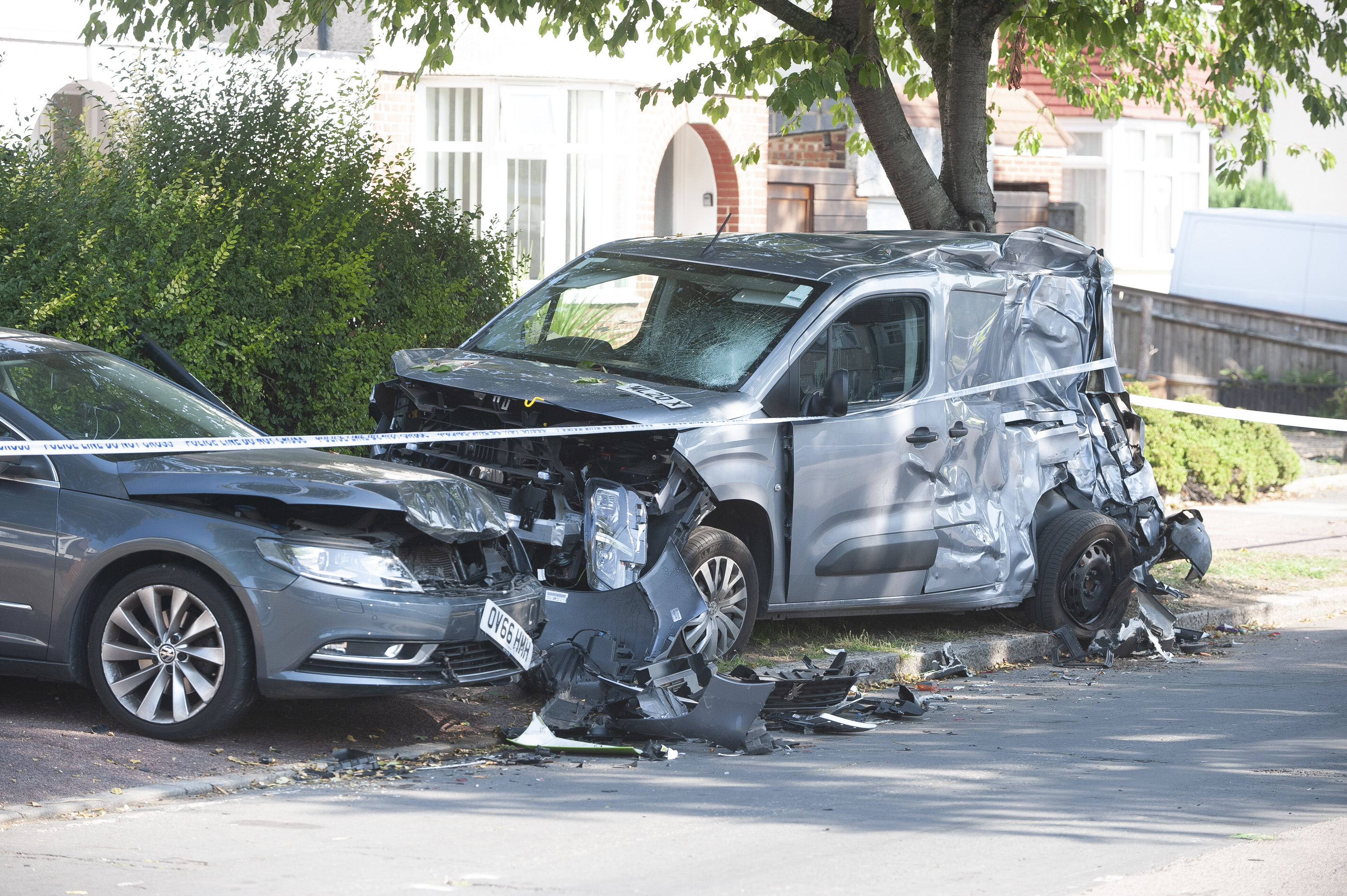 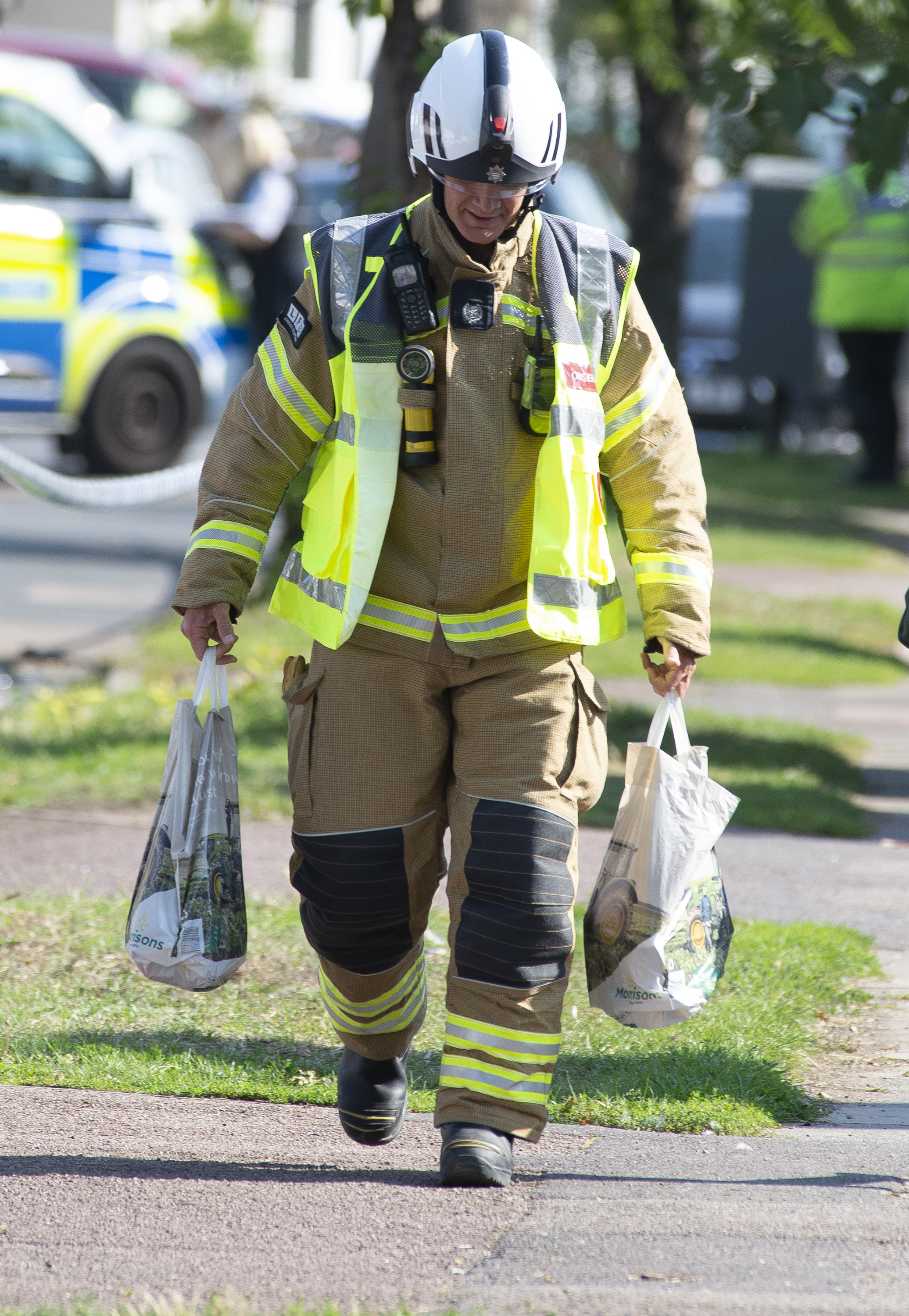 "Of the remaining five patients, we took three to hospital and two were discharged at the scene.”

She said: "I was woken up like it was the Blitz.

"There was this massive bang and then the sound of the helicopter hovering overhead."

After rushing out, she said she saw one man being taken away on a stretcher.

A second man was seen with blood pouring from his face.

"It's a massive green truck and it looks like it's actually embedded in the house," Toni said.

"There's other smashed vehicles sprawling around half a mile further up the road.

"It looked like they were all stationary and the lorry has totalled everything in its path."

One neighbour said: "We only heard the carnage.

"I was in bed asleep when I heard this huge bang.

"I didn't really think anything of it as there's been roadworks all through the night.

"But then it was siren after siren and the helicopter landing.

"I came out around 9am and knew it was serious when I saw the huge cordon.

"This lorry has smashed into the house and taken two cars with it." 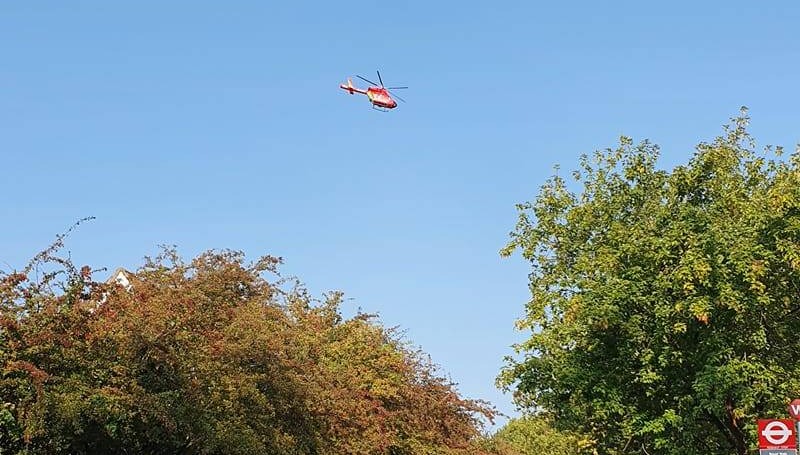