North Korea has replaced the head of its spy agency and the man in charge of providing security for Kim Jong Un, it has been revealed.

Rim Kwang Il, a Lieutenant General in the North Korean army, has been appointed as the head of the country’s Reconnaissance General Bureau, South Korea said. 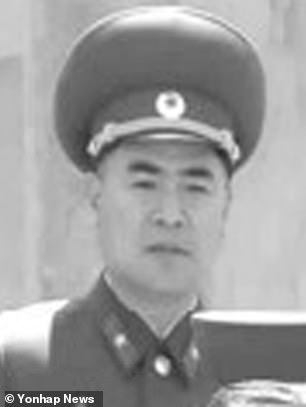 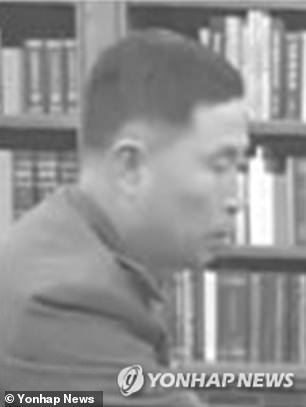 Rim Kwang Il (left) is thought to have been appointed as head of the Reconnaissance General Bureau, North Korea’s military spy agency, while Kwak Chang Sik (right), is the new head of Kim’s Supreme Guard

Rim is thought to have been promoted to head of the RGB in December last year, South Korea’s Unification Ministry said, shortly before a party plenum led by Kim.

The RGB is North Korea’s premier spy agency and is thought to have been behind attacks, cyber operations and espionage against South Korea, Japan and the US.

Kim Yong-chol, hard-line military general who later went on to lead nuclear negotiations with US Secretary of State Mike Pompeo, was in charge at the time.

Kwak, a relative unknown in the ranks of North Korea’s leadership until now, is thought to have been promoted to chief of Kim’s guards last April.

Rim was also promoted to the ruling party’s military committee while Kwak was appointed to the central committee at the plenum last December, reflecting their change in rank. 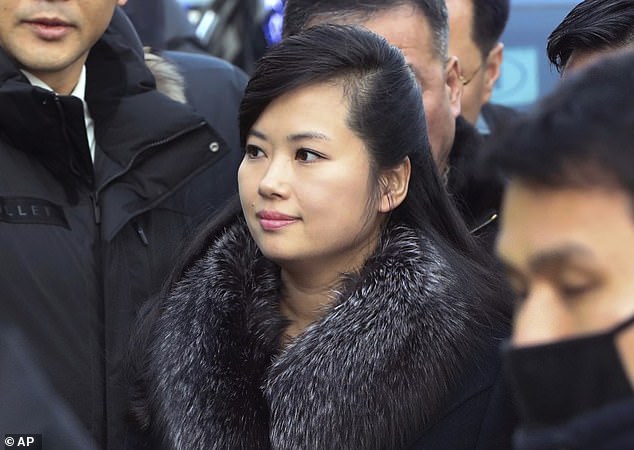 Hyon Song Wol, believed to be Kim’s former girlfriend, has also been promoted and now likely serves as vice director of the propaganda and agitation department

Observers said the moves represent Kim tightening his grip on power in the country by appointing more of his closest aides to senior positions.

‘Last year, 80 per cent of the politburo members were replaced and nine of 11 members, or 82 per cent, of the State Affairs Commission were changed,’ a Unification Ministry official said.

The SAC is North Korea’s highest decision-making body, headed by Kim himself.

Another figure earning promoting was Hyon Song Wol, believed to be Kim’s former girlfriend who has since become a senior adviser.

While her new occupation was not listed, she is believed to have taken up a position as the party’s vice director at propaganda and agitation department.

She was previously lead singer of the country’s Moranbong Band, an all-female group which are often used by North Korea as a propaganda tool.

The North Korean dictator was rumoured to have died or been left in a vegetative state following heart surgery after he disappeared from public view last month. 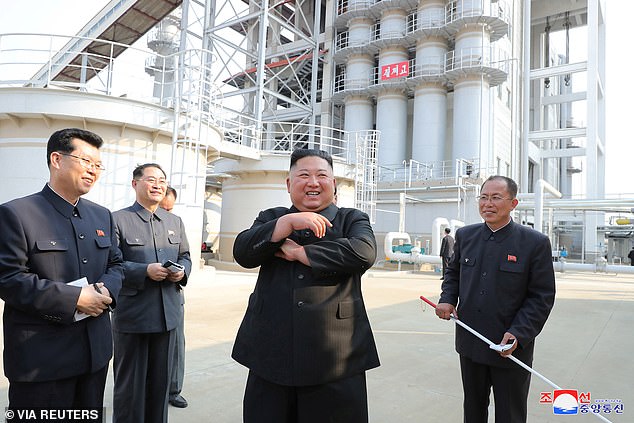 The promotions were revealed Wednesday following speculation about Kim Jong Un’s health. He disappeared for 20 days before reappearing at the opening of a fertiliser factory (pictured)

The 20-day absence, the longest for Kim since he disappeared from view for ankle surgery in 2014, ended on May 1 when he was pictured opening a fertiliser factory.

While Kim’s disappearance – including an unprecedented absence from a day celebrating his grandfather’s birthday – has not been officially explained, it has been suggested that rumours about his health were not entirely unfounded.

Others – including South Korean officials – have suggested he merely left the capital Pyongyang to keep himself protected from coronavirus.

North Korea has officially acknowledged no cases, but observes believe the disease is in fact widespread there.

Conspiracy theorists have suggested that Kim may in fact still be gravely ill and used a body-double for his ‘live’ appearance, but experts say this is unlikely.