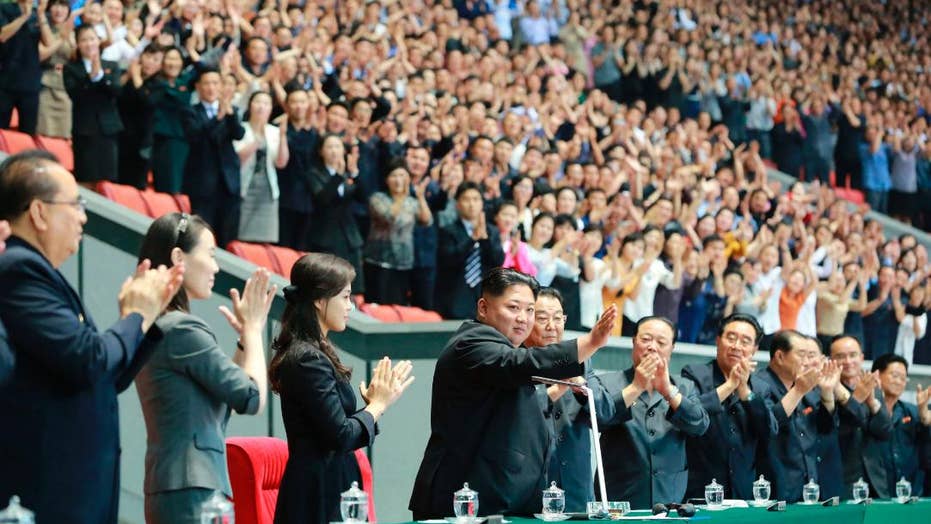 The younger sister of the North Korean leader made her first public appearance Monday in more than 50 days.

The younger sister of the North Korean leader, who was rumored to have been ordered to lay low over the failed nuclear summit with the United States, made her first public appearance Monday in more than 50 days.

State media showed Kim Yo Jong clapping aside her brother, Kim Jong Un, his wife and other top officials at the country’s most important propaganda spectacle, the Mass Games.

Her appearance cast doubt on recent media speculation that her brother had sidelined her. 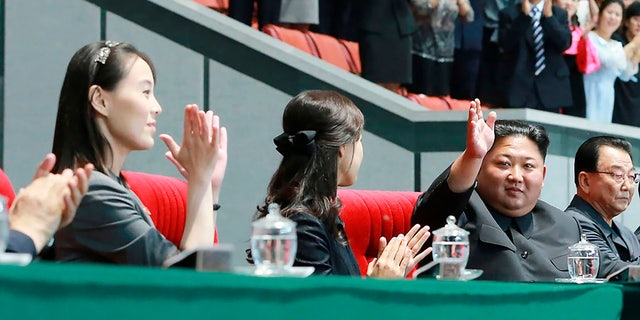 Kim Yo Jong is a senior official of North Korea’s ruling party and is believed to be her brother’s closest confidant. She had accompanied him to his summits with President Donald Trump and South Korean President Moon Jae-in. However, she was left out of her brother’s trip to Russia in April for a summit with President Vladimir Putin.

The last time state media had shown her was at a meeting of the North’s rubber-stamp parliament on April 12. 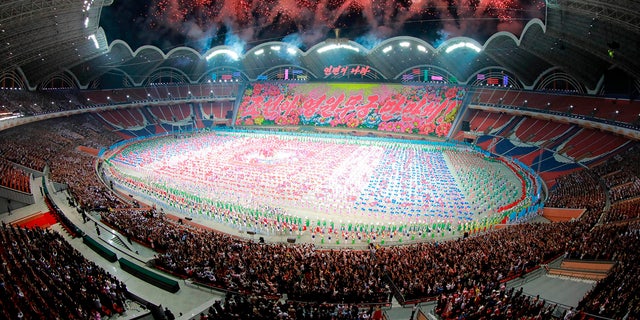 This image provided by the North Korean government shows the grand gymnastic and artistic performance at the May Day Stadium in Pyongyang.
(Korean Central News Agency/Korea News Service via AP)

A newspaper in South Korea last week cited an unidentified source who claimed Kim had instructed his sister to lay low following the collapse of his summit with Trump in February over mismatched demands in sanctions relief and nuclear disarmament.

The same newspaper reported that Kim also punished his former top nuclear envoy, Kim Yong Chol, who had not been seen since the end of the Trump-Kim summit in Hanoi, Vietnam, in February. However, North Korean media showed Kim Yong Chol at the mass games and at a weekend concert of military wives. 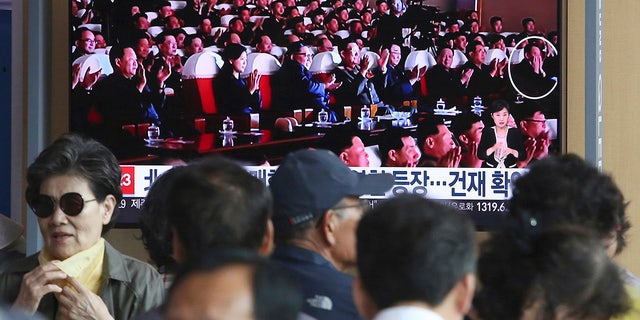 Senior envoy Kim Hyok Chol was reportedly executed along with four Foreign Ministry officials for alleged betrayal. He has not been seen by media since the end of February. South Korean newspaper Chosun Ilbo reported he was executed by firing squad in March for being “won over by the American imperialists to betray the supreme leader.”

The reports have not been confirmed, with U.S. Secretary of State Mike Pompeo telling reporters in Berlin that the U.S. was “doing our best to check it out.”

Meanwhile, on Tuesday, the official Korean Central News Agency said the thousands of gymnasts and dancers performing “The Land of the People” at the May Day stadium showed “beautiful and graceful rhythmic movements, high-spirited gymnastics, interesting national emotion, and rich artistic depiction.”

However, it seemed like Kim Jong Un was unhappy about their display, criticizing the creators for their “wrong spirit of creation and irresponsible work attitude,” and calling for “important tasks” to correctly implement the country’s revolutionary policy on literature and art.