Auckland: A New Zealand photographer ambushed in the Papua New Guinea jungle by machete wielding attackers says he only survived because a "miracle" $20 watch blocked a blow to his wrist.

Adventurer Colin Monteath, 70, said the machete had directly struck the watch, which shattered upon impact. 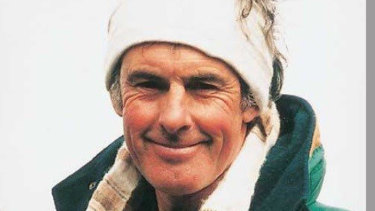 Colin Monteath is awaiting surgery after he and two friends were ambushed in the jungle of Papaua New Guinea.

The attack on New Zealander Monteath, his Australian friends and their driver happened about 15 minutes' drive out of Mount Hagen in Papua New Guinea's western highlands.

A professional photographer, Monteath and two Australia friends had flown from Australia's Blue Mountains to Cape York Peninsula in far north Queensland, then to Mount Hagen to photograph wildlife, people and the landscape around the headwaters of the Fly River.

"The ambush happened right at the end of the trip," Monteath said from hospital in Christchurch as he awaited surgery on his thumb, which was injured in the attack.

Monteath and his Australian friends – a pilot and a navigator – were travelling in a minivan up a steep, winding road towards a lodge about an hour's drive from Mount Hagen when the gang chopped down a tree, which fell across the road in front of them.

"You can't go forward … They either slash the tyres or let the tyres down," Monteath said.

The gang then ripped open the van's doors, took the keys and threw them into the forest, before searching the van for valuables. Monteath's digital cards were still in his cameras, with all the images he had captured.

"For the last 30 years, I took the film or the digital cards out of the cameras. I hadn't done that [this time]," he said.

"So what I stupidly defended was my camera gear."

An attacker using the flat side of the machete blade hit Monteath about six times but the photographer refused to hand over his camera. The furious thief then switched the machete round and "let loose", slashing at Monteath's wrist with the full force of the blade.

"The miracle was, the machete hit my wristwatch. They rushed off with all our baggage including the keys to the aeroplane," he said.

A local woman witnessed the attack and saw where the bandits had thrown the minivan keys, so Monteath and his friends drove back on flat tyres to Mount Hagen, where Monteath had three tendons "sewn up" as he spent the night in hospital.

Thanks to the efforts of local villagers and some contacts in the PNG Highlands, the trio now had had about 80 per cent of their baggage returned. Cash and cellphones were still missing, Monteath said.

But at least six men had been arrested and Monteath said many local people had apologised to him and tracked the thieves down.

Monteath said he had never experienced any violence in remote places before but he still loved PNG.

He had some "delayed shock" and was not even sure what day he arrived back in New Zealand.

His pilot and navigator friends had returned to Australia.