Kremlin officials have launched an absurd attack on Liz Truss as the UK’s Foreign Secretary remains in pole position to become Prime Minister.

Miss Truss appears to have angered the Kremlin judging by the remarks about her on multiple Russian state television channels.

She has pledged to maintain her tough stance against Russia – which would explain the Kremlin’s concerted efforts to undermine her. 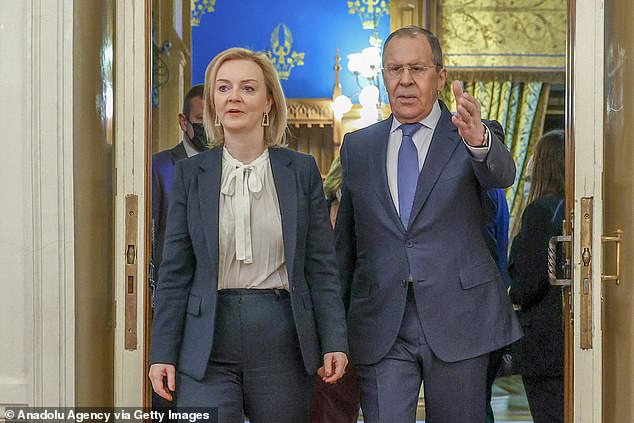 Her fortitude on a Kremlin visit appeared to shock Mr Lavrov, a veteran of frosty diplomatic encounters over many decades.

They also accused her of copying Margaret Thatcher and overreacting when a Talk TV presenter fainted during a debate between her and Rishi Sunak.

A presenter on Russia’s Channel One said: ‘She tries to emulate the Iron Lady on a tank near the Russian border. Then a presenter fainted and she couldn’t hold her emotions. How would she behave in other critical situations. 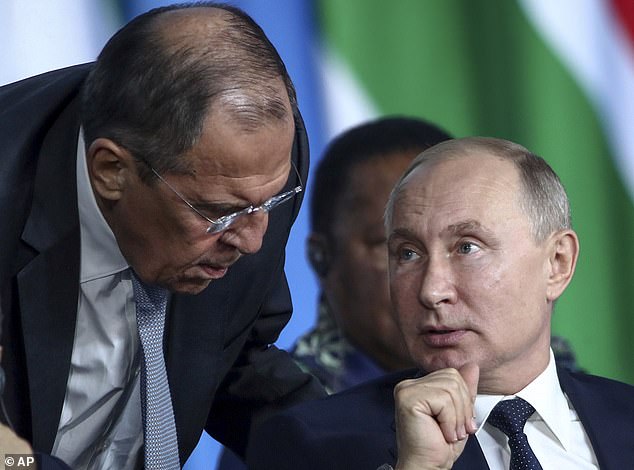 ‘This was the moment when her spirit deserted her and viewers saw an ordinary, frightened woman. Fright, horror and panic, that was how she reacted.