KYLE Rittenhouse sobbed in court during his defense testimony, forcing the court appearance to be halted.

The former police youth cadet was 17 when he went to Kenosha during the summer of 2020 with an AR-style semi-automatic rifle and a medical kit in what he has said was an effort to safeguard property from the unrest that broke out over the wounding of a black man by a white Kenosha police officer. 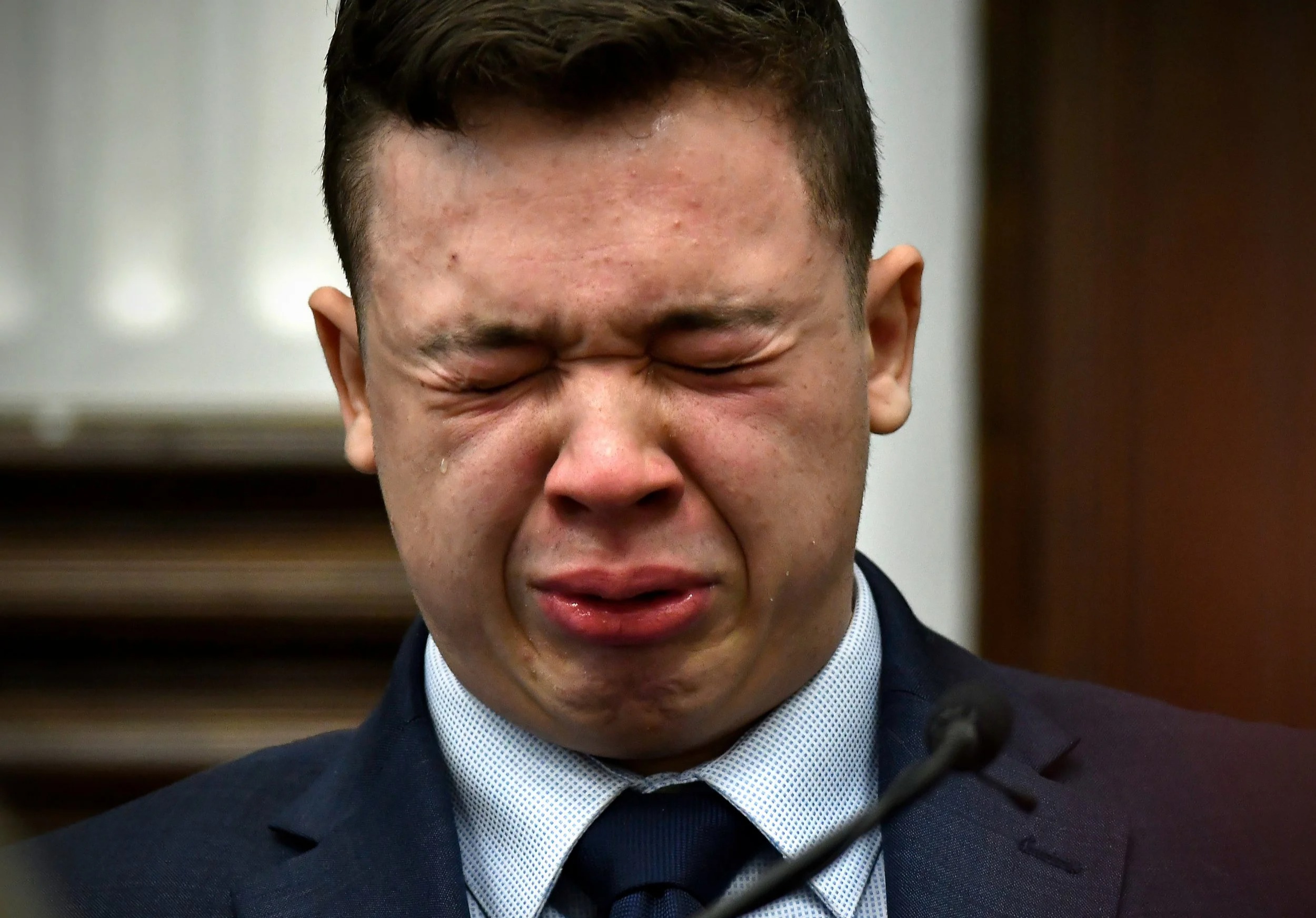 Rittenhouse, now 18, initially appeared composed as he gave answers in a matter-of-fact tone to questions from defense attorney Mark Richards.

However, he quickly broke his collected appearance when he described the moment Joseph Rosenbaum allegedly ran towards him.

Rittenhouse shot and killed 36-year-old Rosenbaum at close range. Then, as members of the crowd set upon him, he killed Anthony Huber, a 26-year-old protester seen on video clubbing Rittenhouse with a skateboard.

Rittenhouse then wounded Gaige Grosskreutz, a 27-year-old protester and volunteer medic who admitted pointing his own gun at Rittenhouse just before he was shot.

Following Rittenhouse's break down, the judge called for a 10 minute break in the testimony.

Rittenhouse testified that he saw videos of violence in downtown Kenosha on August 24, 2020, the day before the shootings, including a brick being thrown at a police officer’s head and cars burning in a Car Source dealership lot.

Rittenhouse said the Car Source owner “was happy we were there” and gave permission for the group to be there.

Rittenhouse’s decision to testify came despite several legal experts saying that an underwhelming prosecution case had made it less likely he would need to do so.

Prosecutors used 5½ days of testimony to try to portray Rittenhouse as the aggressor on the night of the shootings. But the prosecution’s witnesses often bolstered the young man’s claim of self-defense, including his fear that his weapon would be taken away and used against him.

The jurors were sent out of the room just before Rittenhouse began testifying while the judge explained his right to remain silent and the potential risks of testifying, Rittenhouse repeatedly answering that he understood.

As jurors reentered the room, they filed by Rittenhouse on the stand. As Rittenhouse began answering questions, some jurors appeared to take extensive notes on their clipboards.

Rittenhouse could get life in prison if convicted of the most serious charge against him.

While Rittenhouse is white, as were those he shot, the case has stirred debate over vigilantism, the right to bear arms and the unrest that erupted around the US that summer over the killing of George Floyd and other police violence against black people.