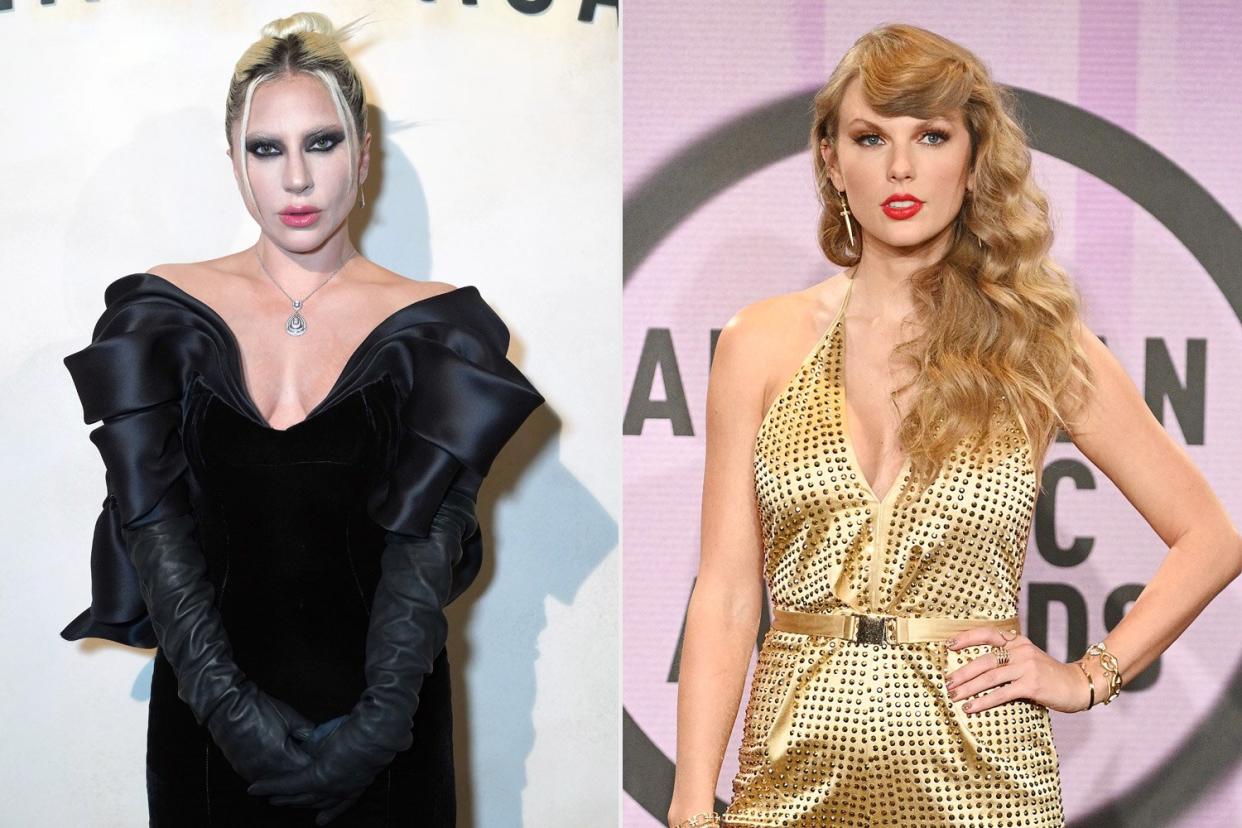 Lady Gaga is singing Taylor Swift’s praises for her vulnerability.

Last week, the “Rain on Me” singer, 36, reacted to a TikTok featuring a resurfaced video of Swift, 33, talking about her eating disorder.

The clip, which is from Swift’s 2020 documentary Miss Americana, saw her opening up for the first time publicly about her experience with the illness and how there is always pressure to meet “some standard of beauty.”

In response, Gaga commented, “That’s really brave everything you said 🖤 wow.” The video, which was shared by a fan account for the Midnights crooner, was captioned: “This scene always breaks my heart 💔.”

RELATED: 30 Stars Who Battled Eating Disorders — and Came Out Stronger

RELATED: Julie Bowen Reflects on Living with Eating Disorder as a Teen: ‘It Was a Coping Mechanism’

In Miss Americana, Swift’s remarks about her eating disorder came up while she was traveling in the back of a car.

“I don’t care as much if somebody points out that I have gained weight, it’s just something that makes my life better,” she said in the Netflix special. “The fact that I’m a size six instead of a size 00, that wasn’t how my body was supposed to be, I just didn’t really understand that at the time, I don’t really think I knew it.”

Explaining that she would defend herself against “anybody who said, ‘I’m concerned about you,’ ” Swift recalled that she would respond, “‘What are you talking about? Of course I eat, it’s perfectly normal, I just exercise a lot’ ” — adding, “And I did exercise a lot. But I wasn’t eating.”

“There’s always some standard of beauty that you’re not meeting,” Swift concluded. “Because, if you’re thin enough, then you don’t have that ass that everybody wants. But if you have enough weight on you to have an ass, then your stomach isn’t flat enough. It’s all just f—ing impossible.”

RELATED VIDEO: Kelsea Reveals She Struggled with an Eating Disorder: “It’s a Journey, and It’s Never-Ending”

Never miss a story — sign up for PEOPLE’s free daily newsletter to stay up-to-date on the best of what PEOPLE has to offer, from juicy celebrity news to compelling human interest stories.

Gaga, who is no stranger to dealing with an eating disorder herself, previously detailed her battle with the illness on her Little Monsters social media site in 2013, per Billboard, revealing she dealt with “bulimia and anorexia since I was 15.”

“But today I join the BODY REVOLUTION. To Inspire Bravery. and BREED some m$therf*cking COMPASSION,” the songstress added, alongside photographs of herself in a yellow set of underwear taken from various angles.

If you or someone you know is battling an eating disorder, please contact the National Eating Disorders Association (NEDA) at 1-800-931-2237 or go to NationalEatingDisorders.org.