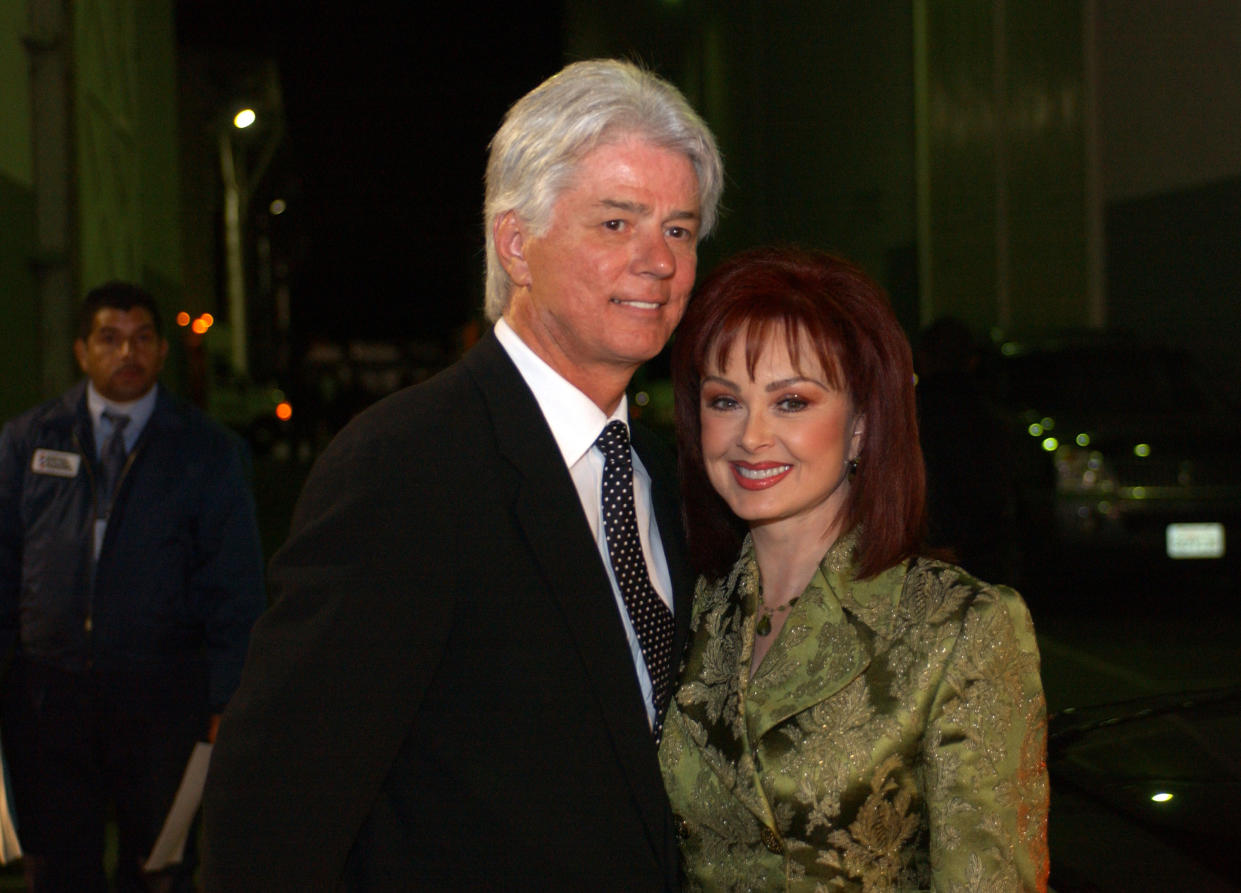 Naomi Judd's husband, Larry Strickland, didn't know how badly the iconic singer was deeply struggling before her death. Looking back, Strickland wishes he'd been "more compassionate" with his wife of 33 years.

"I look back at the first of the year and I see moments and times when my wife was normal and happy," he said in the Academy of Country Music's Lifting Lives mental health series The Check-In. "[It] just never entered my mind that she was as sick as she was."

Naomi died by suicide on April 30 after battling anxiety and depression for years. The 76-year-old was getting ready to embark on the Judds Final Tour with daughter Wynonna before her death.

"I look back on it now, and knowing what I know now, I wish I had been more compassionate," he continued. "More understanding, and more kind, and loving, and holding her and being with her rather than just constantly pushing her and pushing her. But I had no idea that she was at the point that she was."

Strickland, who hopes to help "remove the stigma" surrounding mental health, said he's learned recently he's "extremely fragile, a lot more than I ever knew I was."

"You can be pushed into insanity in a split second, which happened in my family," he shared. "Continuous stress and anxiety can push you into a break. It doesn't take much."

When asked what he's currently grateful for, Strickland replied: "My stepdaughter, Ashley Judd."

"She's a light in my life. No matter where she's at in the world, and she travels extensively … without fail she calls [me]," he shared. "She FaceTimes me every day. Every day. I get teared up just thinking about it because it's just the greatest thing that happens to me in my day."

Strickland promoted the ACM series in an accompanying interview with People. He called the months leading up to his late wife's death "a very chaotic, hectic, hectic time."

"It was extremely hard. She had several therapists that she was seeing, and her energy level had gotten really low. She was getting really weak," he recalled.

"I never left the house without Naomi knowing where I was going and when I would be back. As far as taking care of myself, I'm not sure that fits my situation. When you have a mate that has a mental illness, you walk that path with them," he explained.

Strickland said he's leaning on both of his stepdaughter's for support.

"We need each other so much to cling to, and the comfort of our relationship, we have to have that," he added.

If you or someone you know is experiencing suicidal thoughts, call 911, or call the Suicide & Crisis Lifeline at 988 or text HOME to the Crisis Text Line at 741741.