Labour’s Brexit mayhem deepened yesterday after an MP in the Leave-backing North said the party’s policy shift towards a second referendum would be a ‘final breach of trust’ with voters.

Lisa Nandy, who represents Wigan, said if there had been any shift in opinion over Brexit, it was towards the type of No Deal promoted by Nigel Farage.

But Shadow Home Secretary Diane Abbott reiterated that she believed another vote would be ‘the democratic thing to do’ to move Brexit forward. 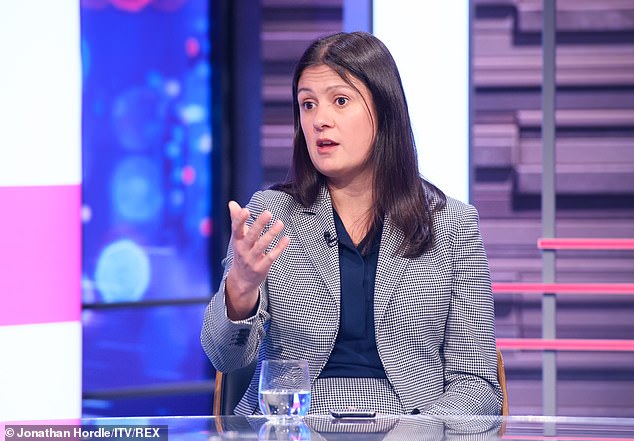 And Tom Watson, the deputy leader, warned of ‘electoral catastrophe’ unless party leader Jeremy Corbyn is persuaded to throw his weight behind a new vote on any deal.

The row between Remain and Leave supporters at the top of Labour threatens to tear the party apart as it struggles to come to terms with their drubbing at last week’s European elections.

Mr Corbyn is facing mounting pressure to abandon his preference for a general election and go for a second referendum.

On Monday, his closest ally, Shadow Chancellor John McDonnell, said: ‘We’re saying quite clearly if there can be a deal, great, but it needs to go back to the people.’