Liz Truss was last night warned she was ‘in office but not in power’ amid reports Rishi Sunak met with a senior Penny Mordaunt ally.

Mr Sunak, who came second to Ms Truss in the Conservative leadership contest this summer, is said to have spoken to a key Mordaunt backer with a ‘tacit’ suggestion he could serve as her Chancellor – claims that were denied by Mr Sunak.

Suggestions of Rishi Sunak manouvering to oust Liz Truss as Prime Minister after less than 50 days of her in Downing Street have been denied by the former Chancellor’s team.

Speaking after new Chancellor Jeremy Hunt dismantled her tax-cutting growth plans, Liz Truss acknowledged she had gone ‘too far and too fast’.

‘I want to accept responsibility and say sorry for the mistakes that have been made,’ she told the BBC. ‘I was expecting it to be tough and it has been tough, I think it’s fair to say.’

Earlier, Mr Hunt used an extraordinary five-minute televised statement to axe ‘almost all’ of the Prime Minister’s flagship tax cuts in a bid to reassure the financial markets that the Government was serious about balancing the books. 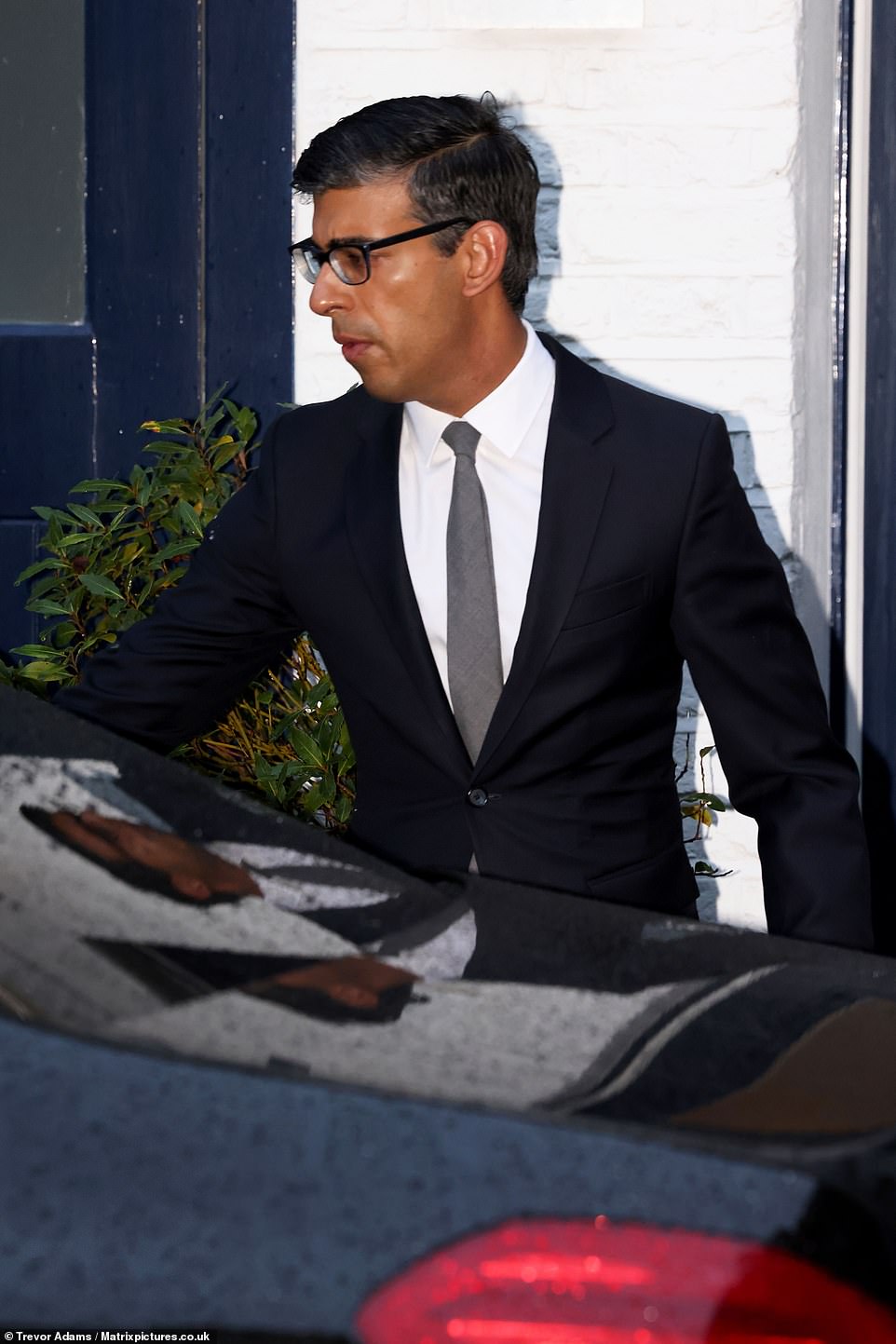 Mr Sunak, who came second to Ms Truss in the Conservative leadership contest this summer, is said to have spoken to a key Mordaunt backer with a ‘tacit’ suggestion he could serve as her Chancellor 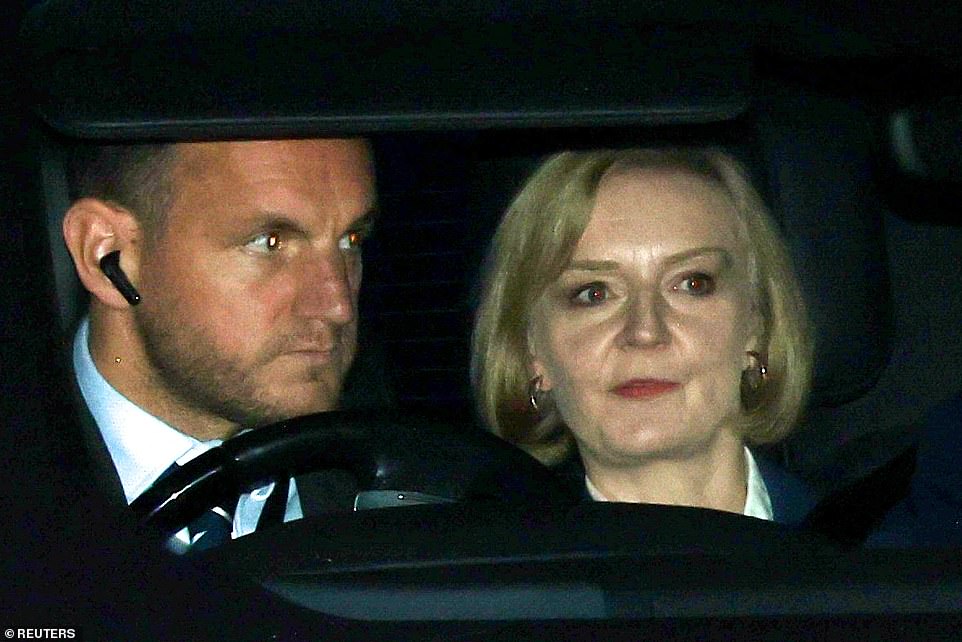 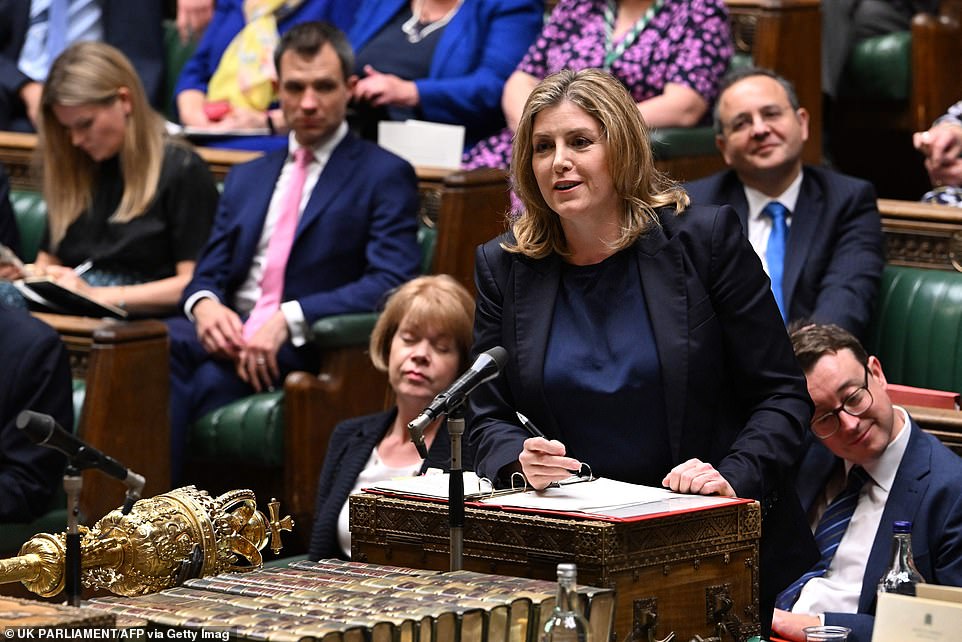 More furious Tories urged Liz Truss to quit today with calls for 1922 chair to step in as the mini-Budget was torched.

Angela Richardson became the fourth MP openly calling for the leader to go, with intense manoeuvring going on behind the scenes.

Critics have taunted the leader as ‘PINO’ – PM in name only – after Jeremy Hunt tore up her plans in an extraordinary series of U-turn to calm markets.

But Downing Street insisted that the premier will not resign, saying she is providing ‘stability’.

Ms Truss – who is expected to be alongside Mr Hunt when he makes a Commons statement later – tweeted to say that the government was ‘charting a new path’.

Guildford MP Ms Richardson said Ms Truss was ‘100 per cent’ to blame for the chaos.

‘We saw those unfunded tax cuts. Had that not happened, the markets would not have responded the way that they did, we would not be seeing the fact that there’s potentially an extra £10billion that we’ve got to try and plug.

She added: ‘I believe that’s 100 per cent down to the Prime Minister, I’m afraid, and so I just don’t think that it’s tenable that she can stay in her position any longer and I’m very sad to have to say that.’

He said its central responsibility was ‘do what is necessary for economic stability’, adding: ‘We are a country that funds our promises and pays our debts.

‘When that is questioned, as it has been, the Government will take the difficult decisions necessary to ensure that there is trust and confidence in our national finances.’

A Downing Street source acknowledged that the Prime Minister faced a ‘critical 24/48 hours’ to cling to her job.

Mr Hunt last night pleaded with rebels not to risk further instability by ousting the PM, urging MPs to ‘give her a chance’.

Cabinet allies fear she could be forced out if she fails to set out a convincing argument in the coming days for why she should be allowed to continue.

One senior Tory said: ‘She needs to show people she’s got the capacity to get out of the mess she’s made – so far she’s a very long way from doing that.’

Mr Hunt, who was dubbed ‘the real prime minister’ by some Conservative MPs, warned that further ‘eye-wateringly difficult’ tax rises and spending cuts totalling up to £40billion would be needed by the end of this month.

And, in a major blow to millions of families and businesses, he said the two-year energy price ‘guarantee’ would now last for just six months.

Commons Leader Penny Mordaunt denied that the PM was the victim of a ‘coup’ as the Chancellor tore up her plans.

And she provoked laughter in the House when she insisted Miss Truss was not hiding ‘under a desk’ to avoid scrutiny by MPs.

At a private meeting, Tory shop steward Sir Graham Brady is said to have warned the PM that dozens of her MPs wanted her gone. But he is thought to be resisting pressure from backbenchers to change party rules that preclude a formal challenge for 12 months.

Former minister Mark Garnier said Miss Truss was ‘in office but is not in power,’ adding: ‘The question is do we give her a chance or do we rip the plaster off?’

Sir Edward Leigh, who backed Miss Truss for the leadership, warned that the scrapping of her tax-cutting agenda could see the UK ‘slide into a second-rate economy’.

Speculation is continuing that the Prime Minister could resign or be forced out after just over a month in office.

Some have claimed Rishi Sunak and Penny Mordaunt could broker a deal to seize power from their former leadership rival.

One source told The Times there was a ‘tacit’ implication Mr Sunak could serve as Ms Mordaunt’s Chancellor, while another source said: ‘Like everyone else Rishi wanted the party to come together and is fully focused on his constituency work.’

However, senior source inisted: ‘We’re actually going to have higher taxes and lower spending than if we’d had Rishi Sunak.

‘None of the other potential candidates carry that economic credibility with them.’

‘He still wants it.’

What has the Chancellor changed?

Jeremy Hunt ditched the plan to cut the basic rate by 1p from April.

When Rishi Sunak was in No11 he promised to reduce the level in April 2024. That was brought forward by Kwasi Kwarteng in his disastrous mini-Budget.

But is now being shelved ‘indefinitely’ in a bid to raise £5billion more for the Treasury.

The typical household energy bill has been capped at £2,500 for the next two years.

The ‘guarantee’ policy was estimated to cost the government over £100billion.

But that could now be overhauled, with help targeted on the poorest after April.

That has already taken effect, and Mr Hunt said it will stay in place.

The government promised to reverse the increase to National Insurance.

Legislation has all-but cleared Parliament, and Labour back it.

It is the only other part of the mini-Budget to survive Mr Hunt’s cull.