Liz Truss set to rake in taxpayers’ cash on departure from No10 – with a £20,000 payout and a £115k annual allowance – following her resignation as PM after just 44 days in office

Liz Truss is in line for a near-£20,000 payout and an allowance of up to £115,000 a year following her resignation as Prime Minister after just 44 days in office.

The dramatic collapse of her premiership means she set to set to hold the unenviable record as Britain’s shortest-serving PM ever.

Ms Truss will depart Downing Street once a new Tory leader and PM is chosen by next Friday at the latest.

Like all other departing Government ministers, she will be entitled to one-quarter of her annual salary in severance pay.

She will continue to receive her £84,144 salary for being MP for South West Norfolk.

Payments are made to help ex-premiers continue to fulfil their public duties through the running of an office.

They are entitled to the money for the rest of their lives, unless they take up another public appointment. 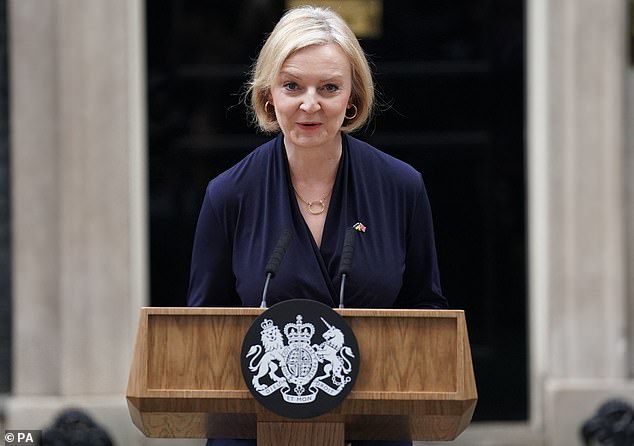 Liz Truss, who announced her resignation as PM after just 44 days in office, will depart Downing Street once a new Tory leader and PM is chosen by next Friday at the latest 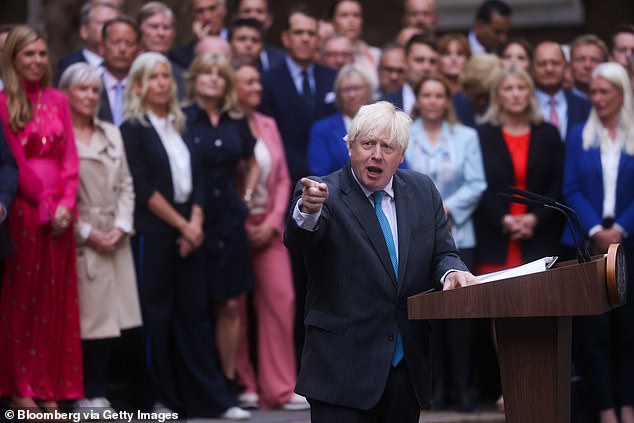 Earlier this month, following his own departure from No10, Boris Johnson incorporated ‘The Office of Boris Johnson Limited’ with Companies House

Former PMs have to supply supporting documents – such as salary details for staff, or travel receipts – in order to recieve the cash.

The allowance is administered by the Cabinet Office.

On top of the £115,000 entitlement, ex-PMs can claim a pension allowance to contribute towards their staff pension costs.

This is limited to a maximum of 10% of the allowance.

Earlier this month, following his own departure from No10 six-and-a-half weeks ago, Boris Johnson incorporated ‘The Office of Boris Johnson Limited’ with Companies House.

It named his former Downing Street aide Shelley Williams-Walker as a director.

The Liberal Democrats called for Ms Truss to not be permitted the £115,000 a year allowance following her historically short spell as PM.

They claimed the departing premier’s entitlement of up to £1.15million of taxpayers’ cash over the next decade could instead fund almost 4,000 ambulance trips or nearly 30,000 GP appointments.

‘There is no way that she should be permitted to access the same £115,000 a year for life fund as her recent predecessors – all of whom served for well over two years.

‘To make matters worse, Truss’s legacy is an economic disaster – for which the Conservatives are making taxpayers foot the bill.

‘For Truss to walk off into the sunset with a potential six-figure dividend, while leaving the British public to suffer, would be unconscionable.

‘This huge potential payout will leave a bitter taste in the mouth of the millions of people struggling with spiralling bills and eye-watering mortgage rate rises thanks to the Conservatives’ economic mismanagement.’