Beware of the were-cat! Lobo, the feline who looks just like a werewolf thanks to a genetic mutation

A domestic cat bears a striking resemblance to a werewolf due to a genetic mutation which causes fur to only cover part of his body.

Lobo, the two-year-old cat, has been pictured looking hauntingly like a human with his near-hairless arm hanging out of his basket and showing off his bare chest.

The feline is a member of a rare breed called Lykoi, which have patchy coats due to a mutation from shorthaired cats causing some hair follicles not to develop. The breed was only recognised seven years ago. 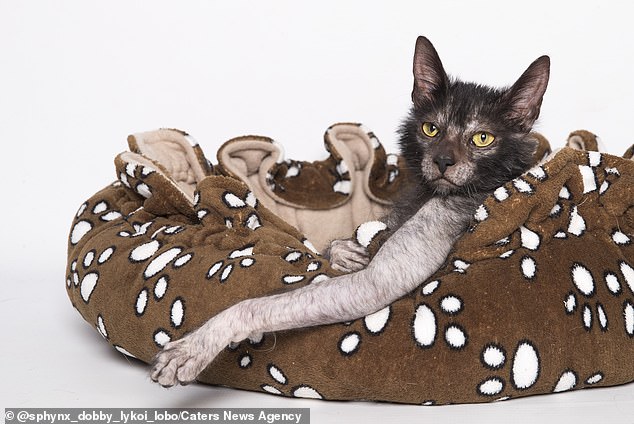 The domestic cat bears a striking resemblance to a werewolf. He lives in South Africa 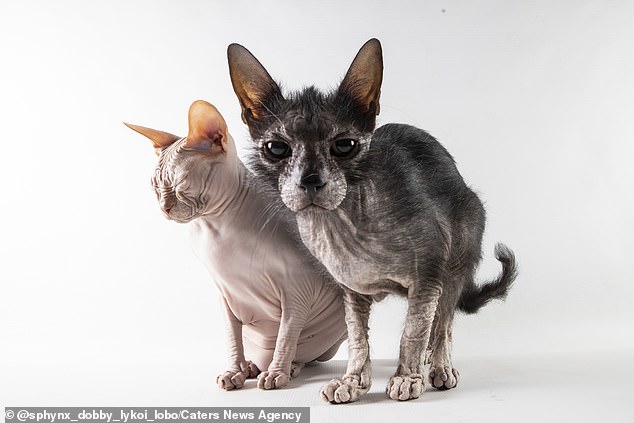 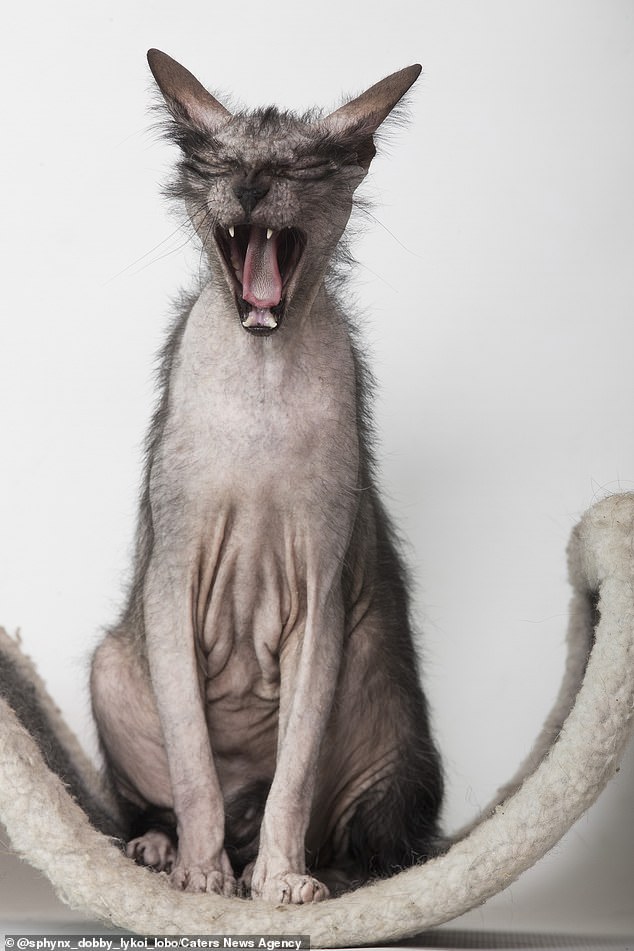 Lobo yawns as his doting owner Martin Potgieter, 37, takes his photo. He fell in love with the cat

Lobo lives at home with friend sphinx cat Dobby and his owners in South Africa.

He has been pictured yawning, revealing a bare chest and arms, and creeping around the back garden.

Martin Potgieter, 37, got the unusual cat after falling ‘head over heels in love with the little fuzzy wolf’ after meeting Lobo for the first time, said his wife.

At home, Lobo is said to be very energetic, loves to play and has plenty of time for his owners.

Martin, who works as a professional photographer, captured these pictures of the couple’s hairless cat during his time off. 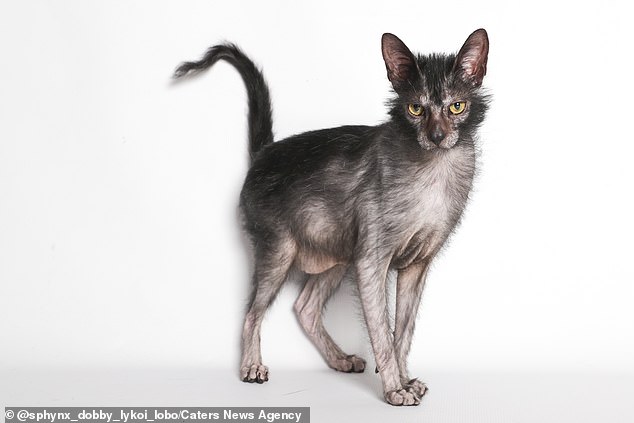 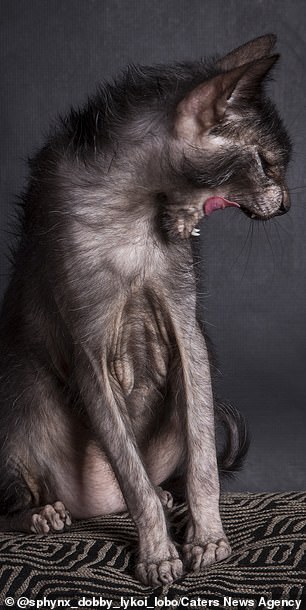 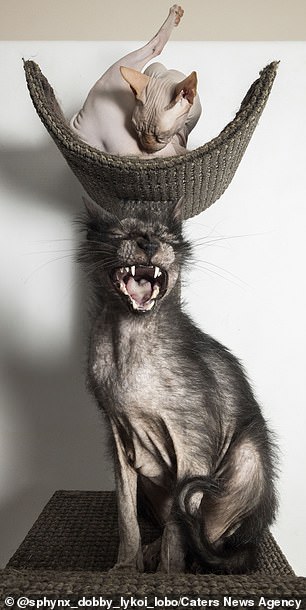 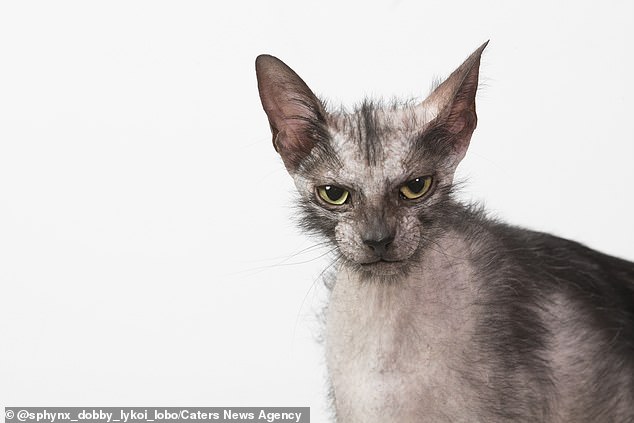 The cat has been likened to a werewolf due to it being partially hairless. It’s part of a rare breed

‘There are different reactions when people see him for the first time, from confused to scared to curious to in love.

‘Some people think he has mange or is sick or has another kind of skin condition. 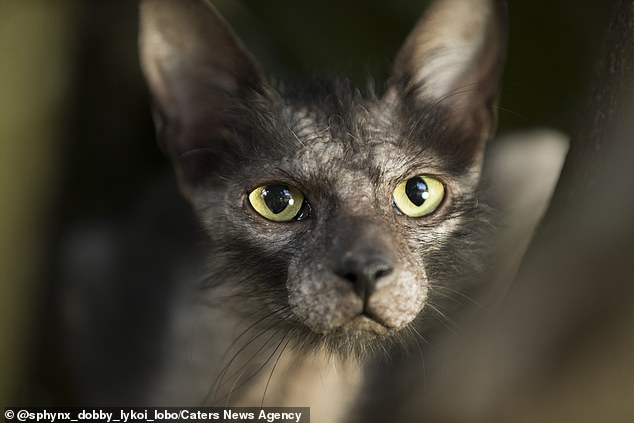 ‘He needs a bath every couple of months and ear and nail cleaning.’

The Lykoi breed was created following a mutation from a domsetic shorthair cat which caused the animals to have patchy hair due to underdeveloped follicles.

There are only five breeders of this cat type in the world.