Dallas Mavericks star Luka Doncic had a big game Tuesday, but it wasn't enough to lead his team to a win over the Phoenix Suns. Doncic let his frustrations boil over during the contest, confronting a fan who heckled Doncic with "reckless" language.

The incident occurred at halftime. As Doncic was walking to the Mavericks' locker room, he stopped to confront a fan wearing a Devin Booker jersey. Doncic was clearly upset, but did not get too heated. Team officials immediately stepped in to hold Doncic back so the situation would not escalate.

The encounter was brief, and not aggressive. Doncic pointed at the man before turning around and walking to the locker room.

Doncic addressed the issue after the game, which the Mavericks lost 129-109. Doncic said the fan used "reckless" language, which caused Doncic to turn around.

(Relevant question begins around the 2:05 mark)

Doncic explained he would have ignored the heckling if it was the normal stuff he usually hears. He implied that this fan went too far. Doncic did not reveal what the fan said.

Doncic explained his reaction to the heckler, saying, "We're people, man. It's normal to turn around and get mad."

Mavericks fall into hole against Suns

Doncic's incident occurred at halftime, when the Mavericks were leading by two points. The team couldn't hold that lead in the second half. The Suns — led by veteran guard Chris Paul — exploded for 71 points in the final two quarters to take the win in Game 2.

The win gives the Suns a 2-0 lead in the series. Doncic performed well in both games. He dropped 45 points on the Suns in Game 1 and followed that up with 35 points in Game 2.

Those performances were not enough to lift the Mavericks over the Suns. The series will head to Dallas on Friday for Game 3. Doncic and the rest of the Mavericks will try to find a way to get back into the series at home. 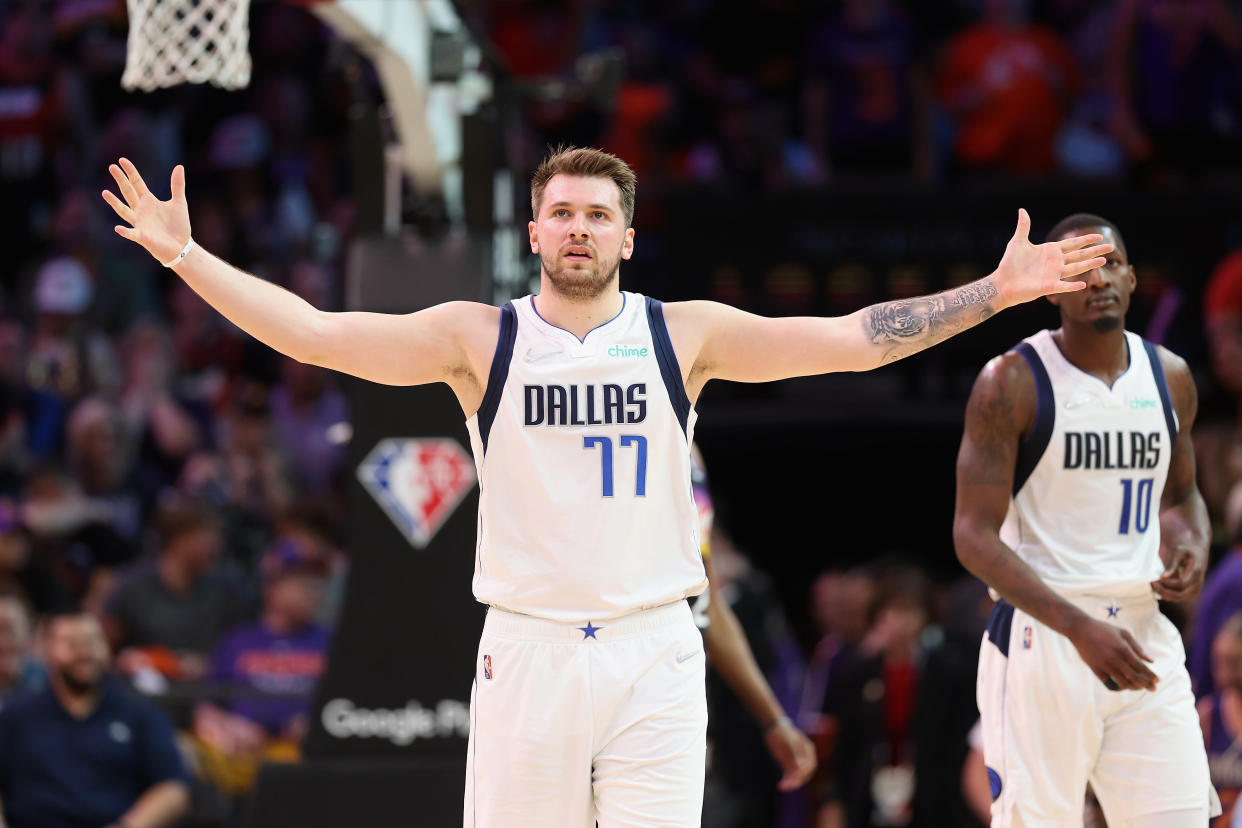