French president Emmanuel Macron will address the nation tonight amid calls for a third lockdown as the third wave of Covid-19 threatens to overrun hospitals.

Macron has sought to avoid a new lockdown since the second one ended in December, gambling on a nationwide curfew and local restrictions in the hope of giving the economy a chance to recover from a deep slump.

But his options have narrowed in recent weeks as the feared British variant sweeps across France and Europe.

The number of patients in intensive care breached 5,000 on Tuesday, the highest number this year and exceeding the peak during the autumn lockdown, with thousands of school classes also shut down. 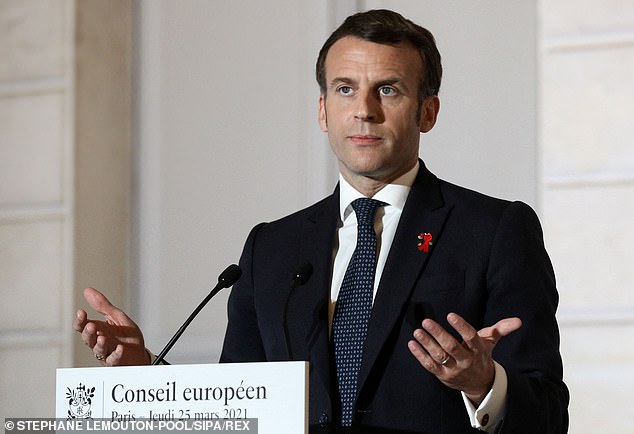 French president Emmanuel Macron (pictured) will address the nation tonight amid calls for a third national lockdown as the third wave of Covid-19 threatens to overrun hospitals.

Macron was holding a weekly defence council meeting on the pandemic on Wednesday morning ahead of his address later today.

A government source said options included a strict lockdown in hard-hit parts of France, school closures, and a massive operation to transfer patients from overloaded hospitals to lesser-hit regions.

France’s National Council of the Order of Doctors has demanded another full shutdown, telling Macron in an open letter that ‘we must lock down’.

‘Until we are massively vaccinated, wherever the situation is serious, we must confine ourselves,’ the letter said.

Professor Philippe Juvin from Paris’s Georges Pompidou hospital said last week that a strict lockdown may be the only way to prevent a major healthcare crisis.

Juvin told French TV that hospitals risked being overwhelmed to the point where they could neither treat Covid-19 patients nor others.

‘The situation is critical,’ added Juvin, who is also the mayor of La Garenne-Colombes in the Paris region. 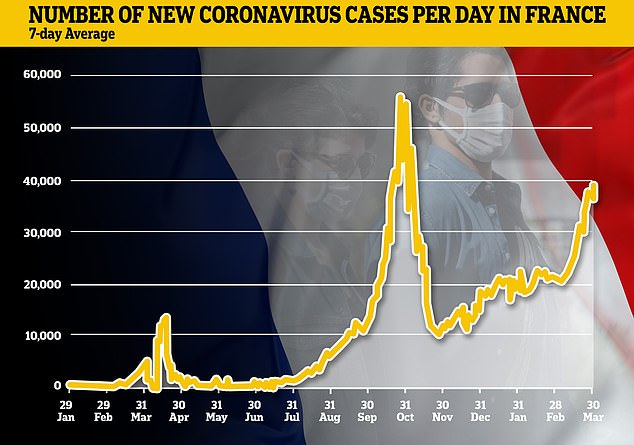 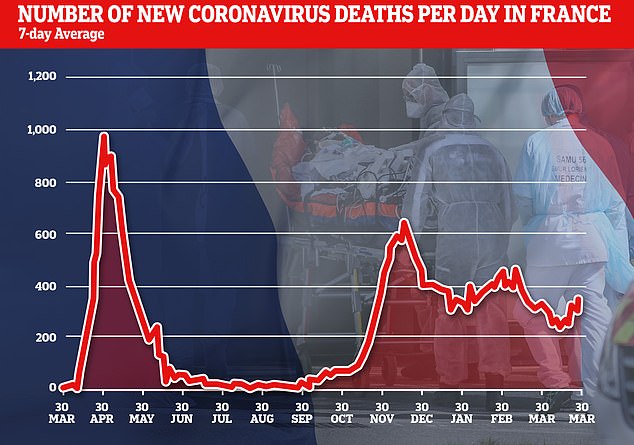 Death rates are also climbing and the total is nearing the tally of 100,000 which has already been reached by the UK and Italy

France added more than 30,000 new infections on Tuesday, taking the daily average to 38,902 – a figure which has jumped by more than 50 per cent in a fortnight.

Meanwhile the death toll is nearing 100,000 and daily fatalities have climbed to nearly 350 per day.

Ten days ago, the government closed non-essential stores and limited people’s movements in Paris and other regions ravaged by the virus.

Mobility data analysed by Reuters showed those measures were having markedly less impact than prior lockdowns.

Paris mayor Anne Hidalgo meawhile told BFM TV that schools should be closed, after ministers pointed to continued teaching as an improvement on the first lockdown.

France also used medical evacuations to ease the load on hospitals during the first two waves, but there has been more resistance from families in recent weeks. 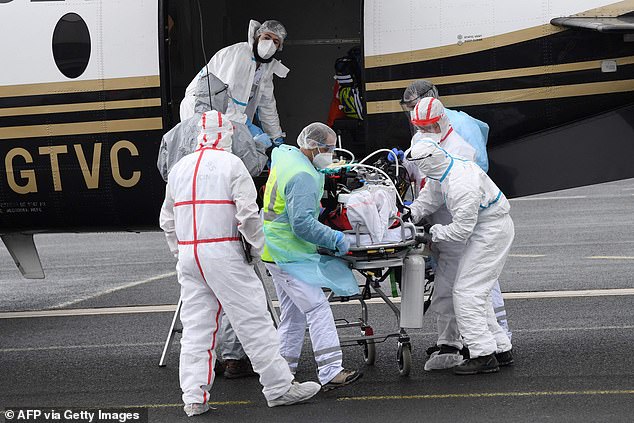 Still, a government source said the evacuations under discussion would not require family consent.

France faces having to tighten measures just as Britain slowly emerges from the lockdown imposed by Boris Johnson in early January.

Macron had hoped France’s vaccine campaign would reduce the numbers falling gravely ill, but the vaccine rollout is still only now finding its stride.

Only 12 per cent of the population has received a first dose, leaving the vast majority of French citizens still vulnerable to the disease.

Macron has openly blamed the British variant for the resurgence, after scientists at the Institut Pasteur warned vaccines were coming too slowly to rein it in.

The president will deliver his televised address at 8pm local time, 7pm in Britain.