It was reported that German police know how Maddie was killed but no further details were revealed, though it is understood they do not believe it was premeditated. Christian B is the man German prosecutors believe abducted and killed Maddie, it was revealed yesterday. Police were tipped off after he is said to have confessed to a friend during a drinking session that he “knew all about” what had happened to Maddie.

He had seen her face on a German pub’s TV screen around the time of the 10th anniversary of her disappearance.

The friend went to the police and, after three years of investigations, police issued their latest appeal on Wednesday for further information after failing to gather enough evidence to charge him with Maddie’s murder.

The developments were a crushing blow to Maddie’s parents Kate and Gerry McCann, who have always prayed their daughter would turn up alive.

Portuguese police also faced serious questions last night after their German and British counterparts found Christian B was not put on a shortlist of 600 suspects despite his long criminal record, history of child abuse and his decision to leave Praia da Luz shortly after the three-year-old’s disappearance on May 3, 2007.

Hans Christian Wolters, a spokesman for the Braunschweig public prosecutor’s office, yesterday said the suspect is being investigated “on suspicion of murder”, adding: “We are assuming that the girl is dead.

“With the suspect, we are talking about a sexual predator who has already been convicted of crimes against little girls and he’s already serving a long sentence.” 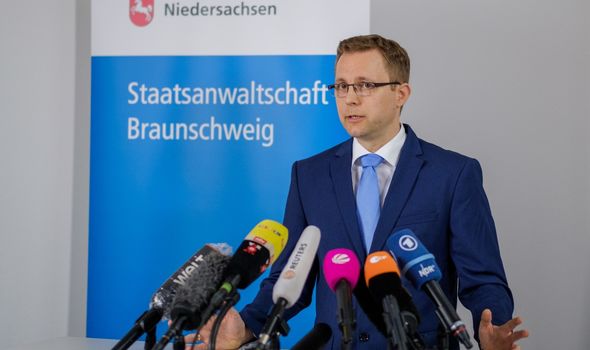 German police said the focus is now on finding a body and the search for associates of Christian B who could help finally solve the case that shocked the world.

A German police spokesman said: “There is reason to believe that there are other people besides the perpetrator who have concrete knowledge of the possible scene of the crime and, if necessary, where the body is stored. We expressly ask these people to report and share their knowledge.”

The Metropolitan Police said it had received more than 270 calls and emails since launching a new appeal on Wednesday.

About 30 German law enforcement officials were yesterday manning hotline telephones following the TV appeal for help with the inquiry.

Despite the investigation, the McCanns were refusing to accept that all hope has now been extinguished.

Family spokesman Clarence Mitchell said: “They continue to hope she is alive until they can be shown incontrovertible evidence which proves that she is not.” The official statement was issued by the prosecutors office in Braunschweig, Lower Saxony, where investigations into the prime suspect are being co-ordinated.

It came the day after Scotland Yard teamed up with police in Germany and Portugal for an international appeal centred on a camper van and a Jaguar car linked to the suspect.

Christian B is known to have been living in the dirty white and yellow VW van in Praia da Luz, Portugal, when three-year-old Madeleine went missing on May 3, 2007. German laws on privacy prevented officers from identifying the man. But he was unmasked yesterday and is currently serving seven years in Kiel jail for the torture and rape of a 72-year-old American widow at her home in Praia da Luz in September 2005.

He has launched an appeal on a legal technicality and he could walk free if his challenge is successful.

It is also possible he may face a retrial.

The Germans have taken over as the lead investigators following the nine-year Scotland Yard probe into the mystery, codenamed Operation Grange.

It also emerged the Yard’s painstaking investigation has cost British taxpayers £12.3million. Police have released little information about their inquiries and how much evidence they have gathered so far about the suspect’s alleged involvement. 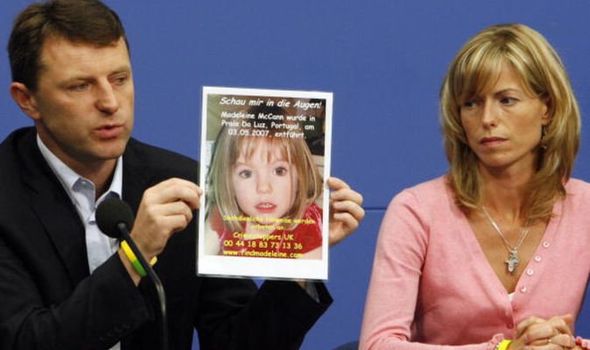 Christian B has a long criminal history and has previous convictions for sex offences when he was just 18.

He was convicted several times by German as well as Portuguese courts for a range of offences including theft, forgery and drug dealing.

It is understood he was arrested in Portugal in 2017 and extradited to Germany where he was sentenced to 15 months in Braunschweig for sexually abusing a child.

Christian B was later charged with raping the elderly American woman.