VALLETTA (Reuters) – A businessman suspected of masterminding the murder of Maltese journalist Daphne Caruana Galizia has told police that the ex-chief of staff of the former prime minister wanted her dead, a court heard on Thursday. 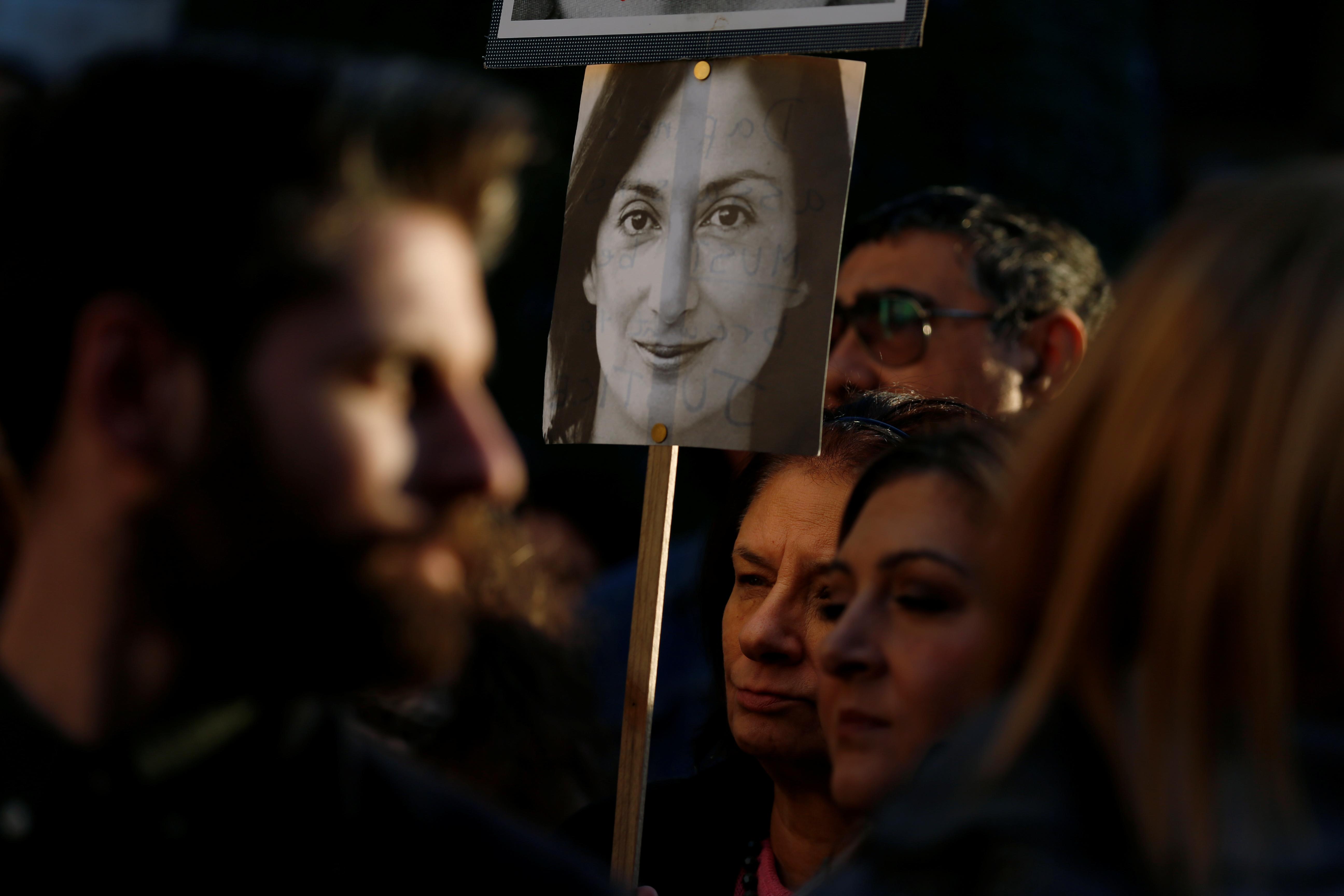 Caruana Galizia, who wrote extensively about corruption on Malta, was killed by a car bomb in October 2017. Wealthy entrepreneur Yorgen Fenech was arrested last November and accused of complicity in the murder. He has denied the accusation.

Police inspector Kurt Zahra, one of the officers who interrogated Fenech, told a court that the businessman had said Keith Schembri, the chief of staff of the then prime minister, had wanted Caruana Galizia killed.

Fenech also said Schembri had paid middleman Melvin Theuma 85,000 euros ($100,500) for the murder. Theuma has been granted a presidential pardon to reveal all about the killing.

Schembri was a friend of Fenech and resigned from his post last year after the businessman was arrested. He made no immediate comment on Thursday about Zahra’s testimony. He has previously denied having any knowledge of the murder.

Zahra told the court that Fenech had also alleged that then Prime Minister Joseph Muscat had later known of his involvement in the plot, and had told him, after the murder, to “control” Theuma.

Muscat, who resigned in January, issued a statement on Thursday denying having known of the murder beforehand, or of having discussed it with Fenech.

Fenech is in jail as the court continues to hear evidence in the case ahead of his trial. He made no comment on Thursday.

Caruana Galizia was one of Malta’s best-known investigative journalists. She wrote extensively about allegations of corruption in the political and business worlds. Her killing has raised questions about the rule of law in the tiny country.