A MAN has admitted to wielding an axe near Buckingham Palace just days after Prince Philip died.

Vladyslav Dryhval, 46, was swooped on by armed cops after he was challenged by private security guards in The Mall. 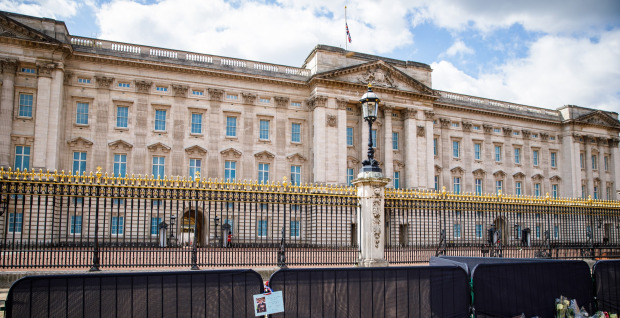 Private security guards were alerted to reports of a man carrying an axe outside the palace on April 13.

And then images released on social media appeared to show officers surrounding a suspect on the busy thoroughfare.

Now, the Russian national has admitted to one count of possession of a bladed article, namely an axe, at Southwark Crown Court.

Defence lawyer Chuddy Anyene said: "He says the knives were for his work, and one of them is likely legal."

He was assisted in the dock by a Russian interpreter as he spoke to confirm his name and enter his plea.

Judge Joanna Korner remanded Dryhval in custody but did not fix a hearing date.

Police previously appealed with anyone who has information on the incident to come forward.

They said in a statement: "Anyone with any information is asked to contact police on 101 or Tweet @MetCC quoting CAD 6041/13APR.

"To remain 100 per cent anonymous call the independent charity Crimestoppers on 0800 555 111 or visit Crimestoppers_uk.org."