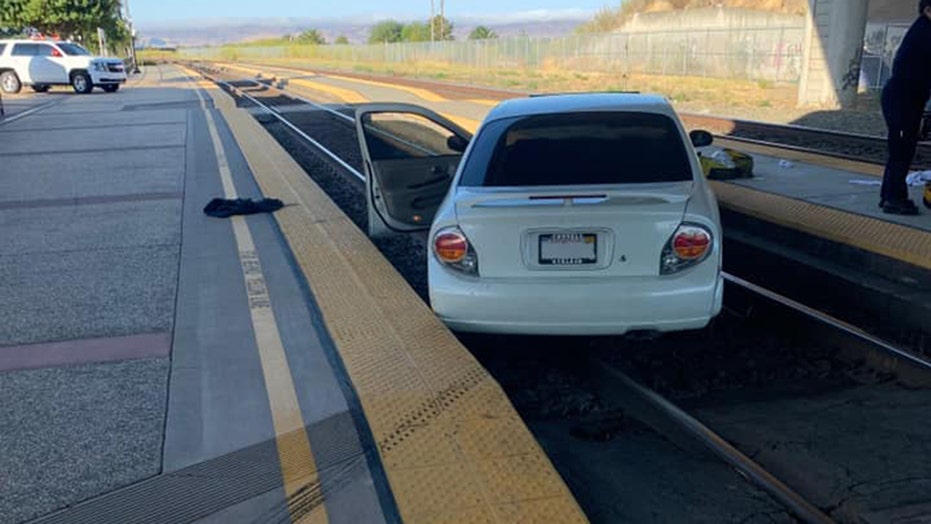 A man in California had to be rushed to an area hospital on Saturday after he was struck by a vehicle while waiting on a train station platform, according to officials.

The Suisun City Fire Department said on Facebook the incident happened around 7:46 a.m. at the Suisun City Train Station, located about 44 miles southwest of Sacramento.

"The male ended up on the middle platform, while the car was stuck on the tracks," the fire department said.

A Suisun City Fire Department paramedic attended to the male trauma patient while the rest of the crew worked to secure the vehicle. No information was released on the driver of the vehicle.

Photos released from the scene show a white car stuck diagonally across the train tracks. 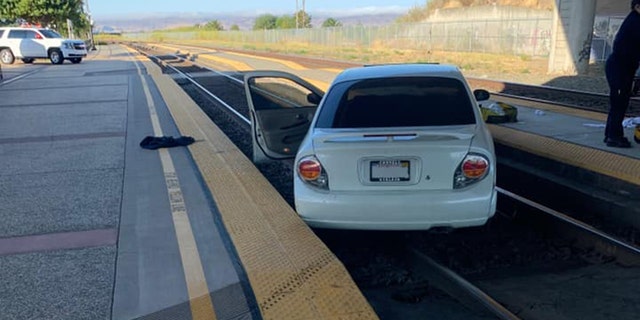 A man was transported to an area hospital after being struck by a vehicle while on a train station platform in Suisun City, Calif., on Saturday
(Suisun City Fire Department)

Visible damage to the car's windshield and the front bumper is also seen. 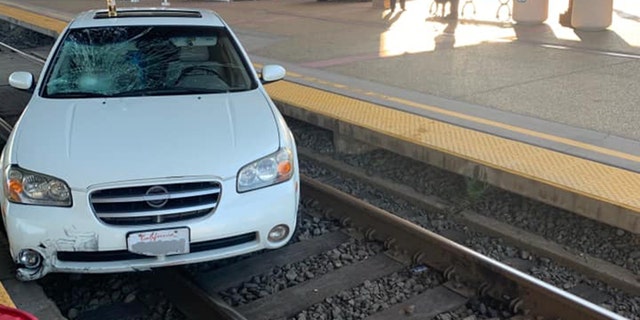 A man was transported to an area hospital after being struck by a vehicle while on a train station platform in Suisun City, Calif., on Saturday
(Suisun City Fire Department)

The fire department said the victim was transported to a local trauma center for treatment.

His identity and further details about his injuries were not released. It was not immediately clear how the vehicle got onto the platform.

The fire department said that the Suisun City Police Department is investigating the incident.