‘Oh my God, it’s right under us’: Kayaker screams with excitement as whale leaps out of the water and dives under her boat off Maui

A kayaker screamed with joy as a large whale breached the surface of the ocean off the coast of Maui, Hawaii.

Brittany Ziegler, 31, moved from California to Maui, where she films the whales when they visit the Pacific island for six months over the winter.

Footage shows her shrieking with excitement as a huge humpback breaches repeatedly, getting closer to her kayak each time, leading her to exclaim: ‘Oh my God, it’s right under us.’

She said every time she sees a whale she screams – despite seeing them on a daily basis over the winter. 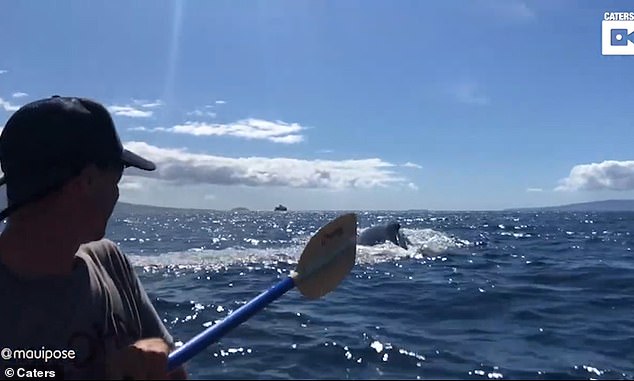 Brittany Ziegler, 31, was paddling off the coast of Maui when a large whale breached the surface of the ocean 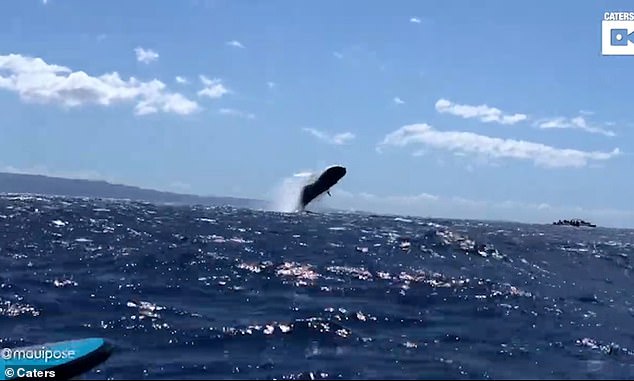 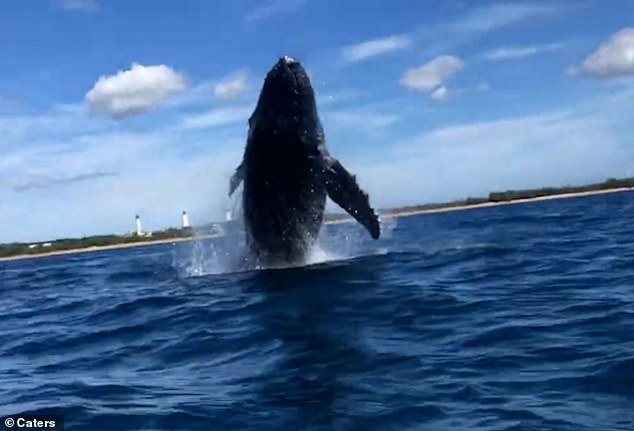 Ms Ziegler said: ‘Whale season lasts six months in Hawaii. I spend every single day on the kayak getting to know all the new babies.

‘After a couple of weeks the babies recognize my kayak and voice and will come right over to us whenever they see or hear me.

‘Some babies like to play games, show off, or sing so loud I can hear them above water.’

The author and photographer said: ‘The humpbacks mate here in Maui at the beginning of winter, travel back to Alaska to eat and travel back to Maui to go and have their babies.’

Fans described her footage as ‘incredibly beautiful’ and ‘amazing’.

In one of her videos, Ms Ziegler said she played violin music on her kayak which prompted a mother whale and her calf to come over. 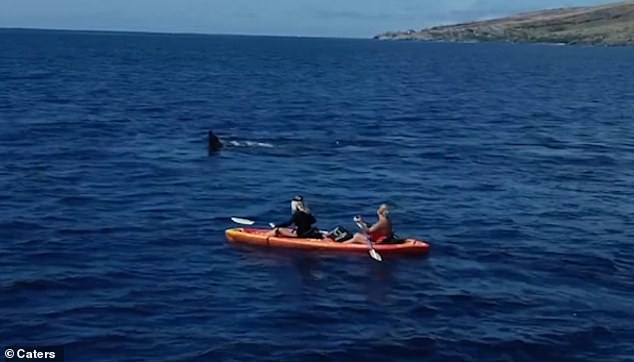 In one video, Ms Ziegler said she played violin music on her kayak which prompted a mother whale and her calf to come over

Humpback whales and their territory around the world 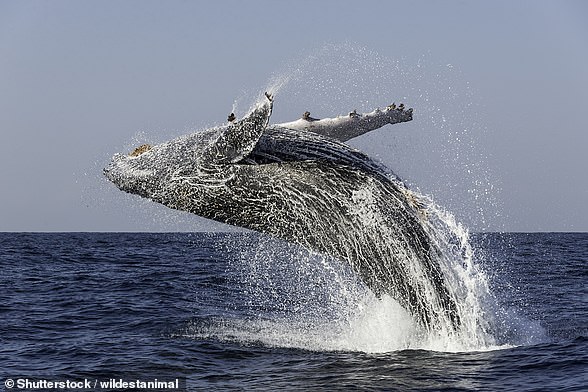 Humpback whales live in oceans around the world. They travel incredible distances every year and have one of the longest migrations of any mammal on the planet.

Some populations swim 5,000 miles from tropical breeding grounds to colder, plentiful feeding grounds – this is why it is difficult to estimate population size, according to the National Oceanic and Atmospheric Administration (NOAA).

Some populations (such as those off eastern and western Australia) are believed to number in excess of 20,000 animals—a remarkable recovery given that the same populations were almost eradicated by whaling almost sixty years ago.

By contrast, the smallest known population is one which inhabits the Arabian Sea year-round, and may number as few as 80 individuals.

Threats to humpback whales include decline in food like Krill due to a combination of climate change and industrial-scale fishing.

Humpback whales can become entangled by many different gear types including moorings, traps, pots, or gillnets.

Once entangled, if they are able to move the gear, the whale may drag and swim with attached gear for long distances, ultimately resulting in fatigue, compromised feeding ability, or severe injury.

There is evidence to suggest that most humpback whales experience entanglement over the course of their lives, but are often able to shed the gear on their own.

Humpback whales are vulnerable to vessel strikes throughout their range, but the risk is much higher in some coastal areas with heavy ship traffic.

Underwater noise threatens whale populations, interrupting their normal behaviour and driving them away from areas important to their survival.

Sound has been shown to increase stress hormones in their system and mask the natural sounds humpback whales require to communicate and locate prey.