MEGHAN Markle is likely to stay at home in the US while Prince Harry visits his family in the UK this summer, it has been reported.

Insiders say the Duke of Sussex is almost certain to visit his family in London for the first time since Megxit this June – but his wife is unlikely to join.

? Read our Meghan and Harry live blog for the latest news and gossip... 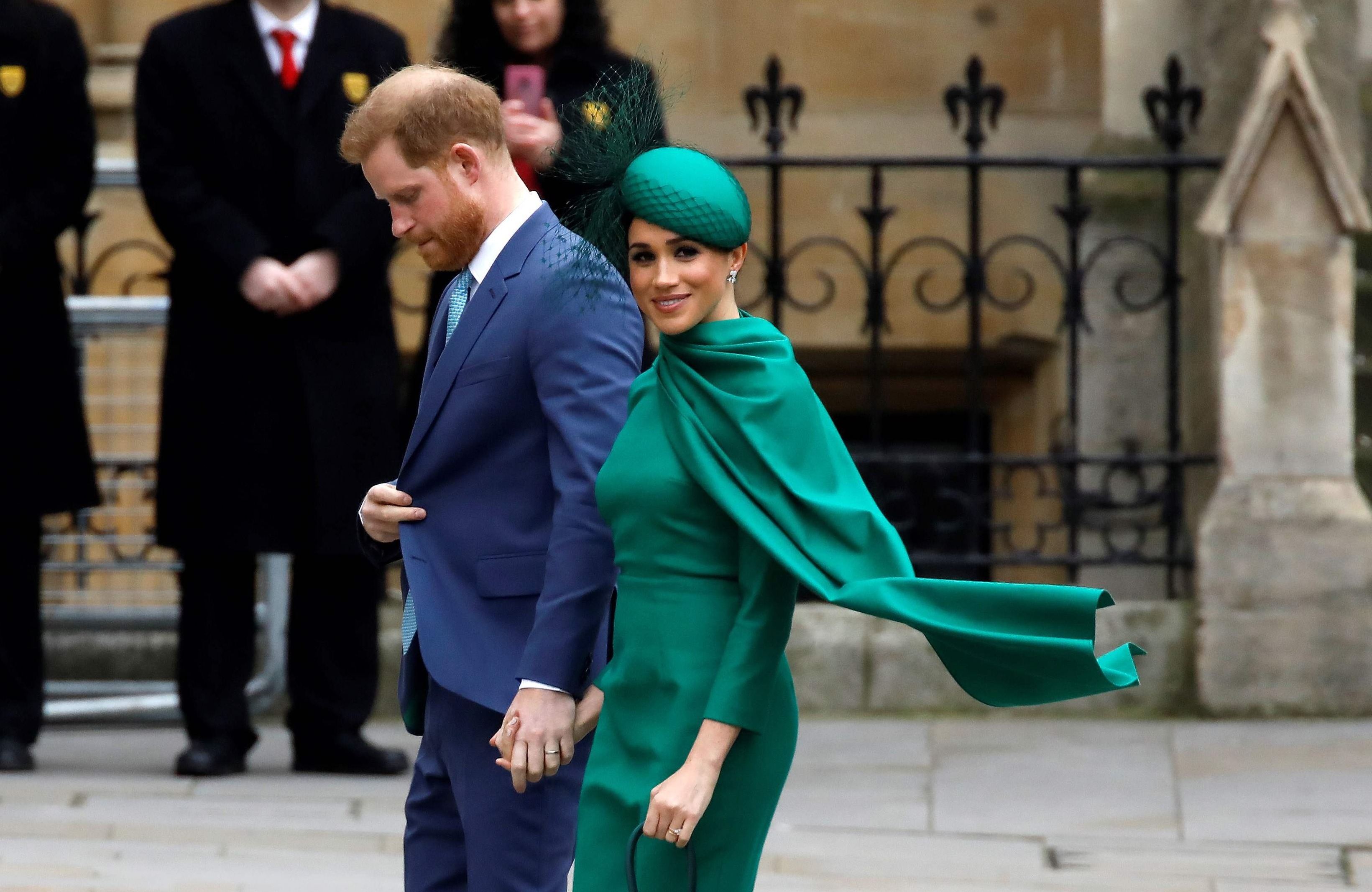 Insiders stress the couple have not yet finalised their summer plans and much will depend on whether coronavirus restrictions allow them to travel.

But they understand Harry, 36, will likely fly to the UK to see the Queen, Prince Charles and Prince William along with his niece and nephews.

The Daily Mail reports, however, that Meghan and probably their son Archie, will stay at home.

Sources insist that Meghan’s decision not to join her husband is for "personal and practical" reasons and is in no way a "snub" to senior royals.

This is a personal and practical decision by the couple, but it would certainly help officials navigate what is likely to be a fairly tricky situation.

It comes ahead of several key royal events due this summer, including Prince Philip’s 100th birthday celebrations and the Trooping The Colour, the official celebration of the Queen’s 95th birthday.

Harry is also due in the UK in July for the unveiling of Diana's statue at Kensington Palace, which he and William commissioned together in her memory last year.

But there is said to be concern that the couple’s involvement in some events could detract from their significance.

A source told the Mail: "It should be strongly stressed that there is still an element of uncertainty about this because of the unpredictable Covid situation, but the understanding is the duke is more than likely to come back on his own.

"This is a personal and practical decision by the couple, but it would certainly help officials navigate what is likely to be a fairly tricky situation." 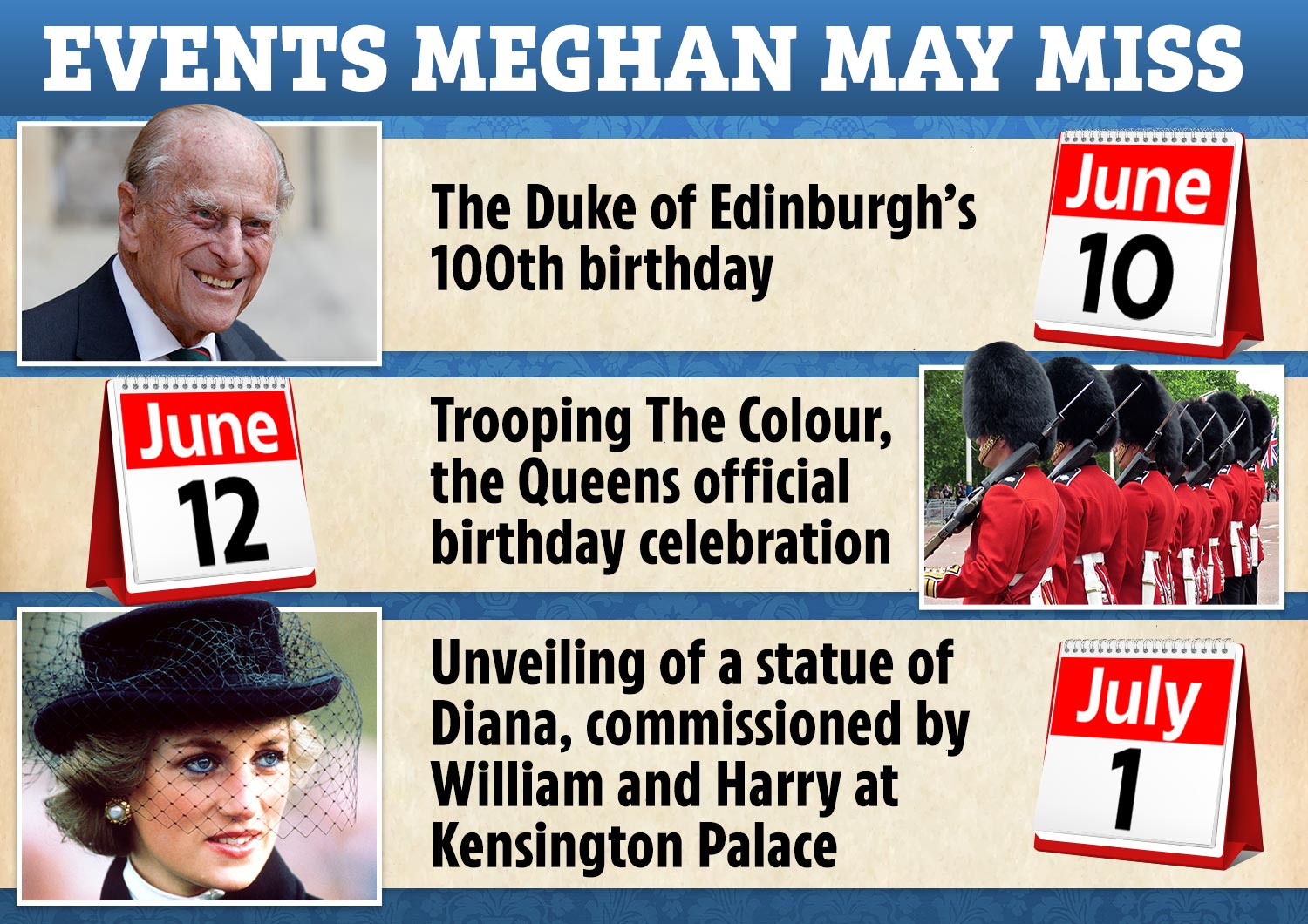 Another explained: "Her Majesty made very clear when they left the UK that Harry and Meghan were still much loved members of her own family and would be very welcome to attend family events. That still holds true.

"Practically, however, it comes with the need for a certain amount of diplomacy. There is still a great deal of distance between Harry and many family members, particularly his brother. No one wants a repeat of the Commonwealth Service."

This refers to the Sussexes’ final official engagement at Westminster Abbey last March, which saw Harry and William barely acknowledge each other, while Meghan gave Kate Middleton an awkward wave.

A third source confirmed they had also been told Harry was likely to return home alone.

"Harry wants to come back for The Queen and Prince Philip’s big birthdays. But it looks likely it will be just him," they said.

"If Meghan comes back, the feeling is that it would overshadow the occasion. People would only be looking at the “drama” of it all.

"Of course she would be welcome, but a decision not to come would postpone that headache for a while at least."

Harry, Meghan and their son Archie are currently living in California, having moved overseas in November 2019.

A summer visit will be the first time Harry has seen any of his family since quitting royal life to pursue a host of mega bucks deals abroad.

The prince is expected to stay at Frogmore Cottage at Windsor, the home he and Meghan decided to keep as a UK base. The couple have temporarily lent it to Princess Eugenie and husband Jack Brooksbank.

A spokesman for the Sussexes did not respond to a request for comment. 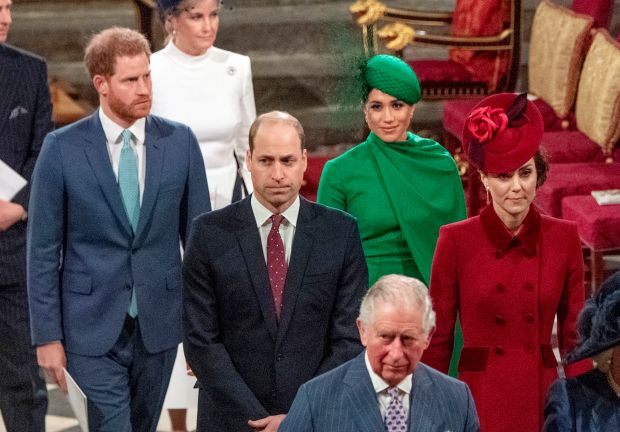