Hundreds of men were ordered to ‘beat their wives’ who were labelled ‘enemies of the people’ for staging a protest against Vladimir Putin’s war.

Husbands who refused were told that brutal Russian security officers in Chechnya would violently attack the women instead.

Then male relatives of the women protesters were ‘kidnapped’ and sent to fight in Ukraine, it is reported.

One man, Adam Muradov, who was ‘forced to beat his wife’, and whose son Valid, 18, was subsequently sent to the war, is reported to have died of a heart attack.

The appalling account of the alleged brutality by the forces of pro-war fanatic Ramzan Kadyrov’s security forces in Chechnya, according to respected human rights group Memorial. 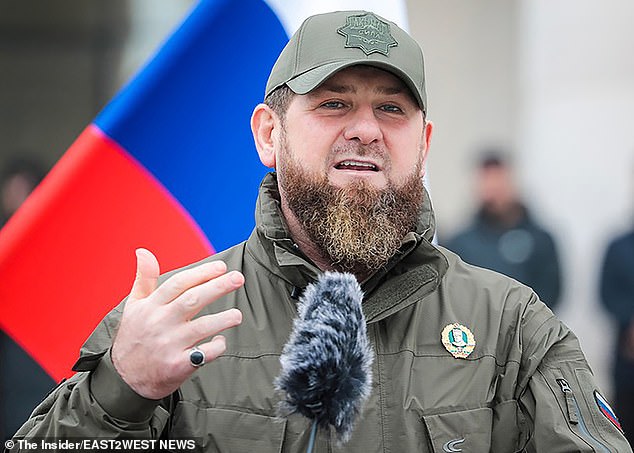 The appalling account of the alleged brutality by the forces of pro-war fanatic Ramzan Kadyrov’s, pictured, security forces in Chechnya, according to respected human rights group Memorial 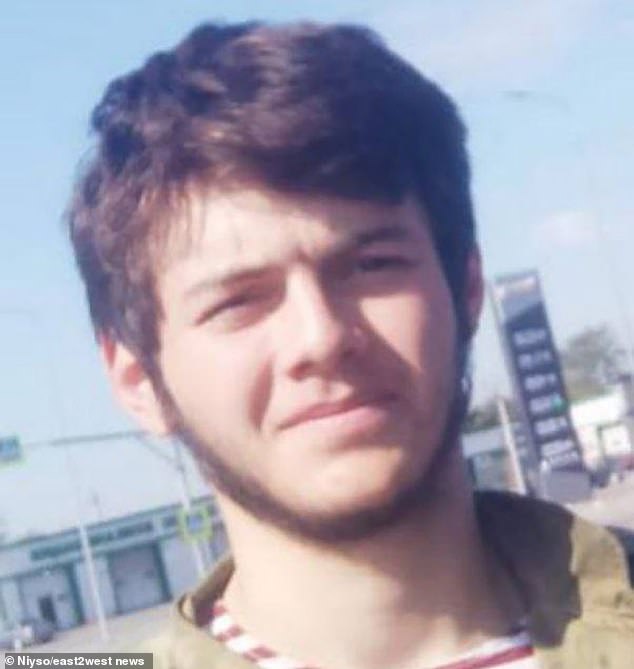 One man, Adam Muradov was ‘forced to beat his wife’, and his son Valid, 18, pictured, was subsequently sent to the war 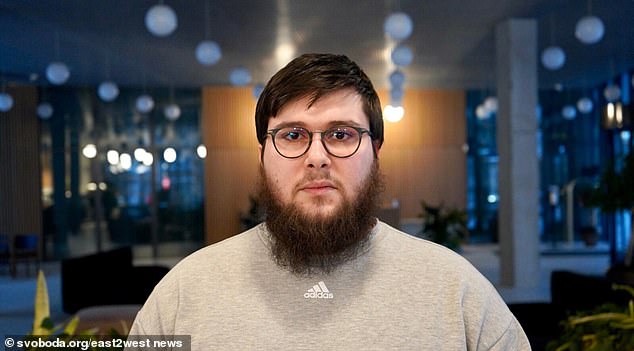 ‘The victims told us that the men were forced to beat their wives,’ said opposition politician Ibragim Yangulbaev, pictured

Autocratic Kadyrov – a close Putin crony – is the republic’s leader and runs it as his personal fiefdom though it is an integral part of Russia.

Muradov’s wife was one of up to 130 women detained at a rally against mobilisation in regional capital Grozny on 21 September.

‘The victims told us that the men were forced to beat their wives,’ said opposition politician Ibragim Yangulbaev, 27.

After the rally, feared Kadyrov declared the women who took part ‘enemies of the people’.

He demanded their male relatives should be sent to Ukraine. 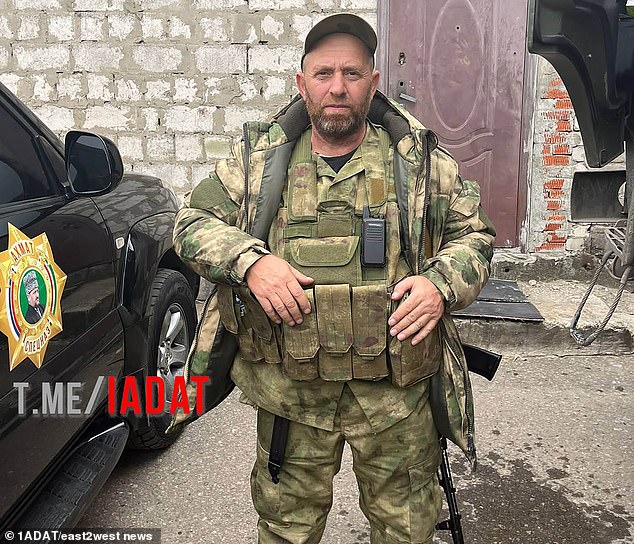 Another Chechen, Akraman Vakharigov, pictured, whose sister also participated in the rally, was reportedly sent to fight in Ukraine

A video posted by Kadyrov shows him saying: ‘Some people write it is necessary to oppose partial mobilisation.

‘The President and Supreme Commander-in-Chief [Vladimir Putin] knows what is needed.

‘No-one should discuss his decisions this way, but implement them.

‘And those who protest, they are the enemies of the people

‘They are enemies of the people and these people should be arrested..

‘[The male relatives of] these people should be sent to the [war] zone….’

Telegram channel Full PTs 2.0 reported that the husbands ‘were forced to beat up the women, threatening that otherwise law enforcers themselves would do it’, said caucasian Knot news source.

‘Many of the protesters’ relatives were taken to the Russian Special Troops University in Gudermes to train for their departure to Ukraine.

‘Among them was Valid Muradov, Adam’s 18-year-old son.’

On September 27, Valid ‘called home and said that they would soon be ‘sent to the frontline’.

‘The next day, Adam felt bad and died of a heart attack.’

Adam Muradov was reportedly ‘very upset’ and ‘humiliated’ by being forced to beat his wife, and see his son sent to war in revenge for his wife’s protest.

His family is now under pressure to film a denial that the dead man was forced to beat his wife by Kadyrov’s thugs.

Another Chechen, Akraman Vakharigov, whose sister also participated in the rally, was reportedly sent to fight in Ukraine. 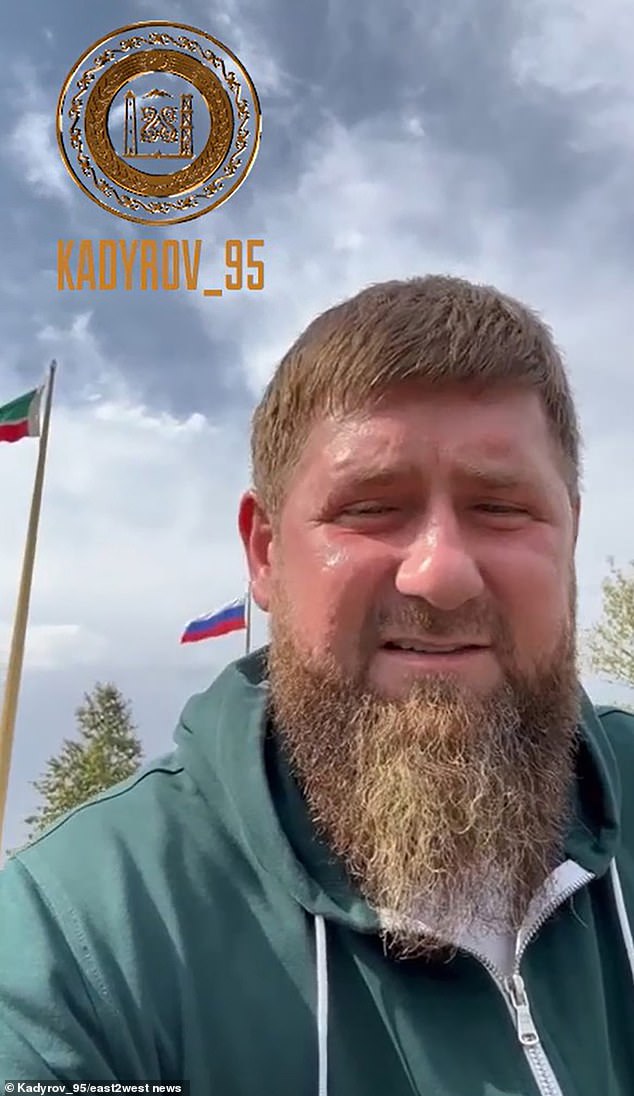 Autocratic Kadyrov – a close Putin crony – is the republic’s leader, pictured, and runs it as his personal fiefdom though it is an integral part of Russia

He was ‘forced to sign a document that he was going to the war as a volunteer’.

More male relatives of protesters are being held with a view to being sent to Ukraine, it was reported.

The Chechen women had penned a reasoned appeal to Kadyrov begging that no more men were sent to the front.

‘We ask you to leave our men, our brothers, our children at home,’ they pleaded.

‘Many of them are already crippled, many died in this war.

‘If you don’t take care of us today, our hearts will cry.

‘There are so many of them dying there, and yet they have families, small children….

This includes the women held in the protest as well as residents who had applied for foreign passports or changed their registration to avoid Putin’s mobilisation.

Kadyrov – long accused of human rights abuses in Chechnya – said that up to 20 women took part in the protest.

He has recruited tens of thousands of men to go to fight in Ukraine.