The so-called green wave which took the European elections by storm last month looks set to continue shocking German politics, as a series of surveys show the country’s ruling party, the CDU, being overtaken by the Green Party. For the first time since its foundation in 1993, the Green Party is leading the polls analysing Germans’ voting intentions for the next federal elections. A survey carried out by Forsa on 2,501 people between June 3 and 7 showed the Greens on 27 percent, followed by Mrs Merkel’s party on 24 percent.

According to the poll, the Chancellor’s Government allies, the SPD, continues to bleed votes to the Greens, gathering only 12 percent – just like far-right Alternative for Germany (AfD).

These shocking results mark a historical low for the CDU and carry bad news for Annegret Kramp-Karrenbauer, also known as AKK, who was chosen as Mrs Merkel’s successor in December during the party’s annual conference.

The new party leader has been heavily criticised following the CDU’s disappointing performance during the European elections on May 26. 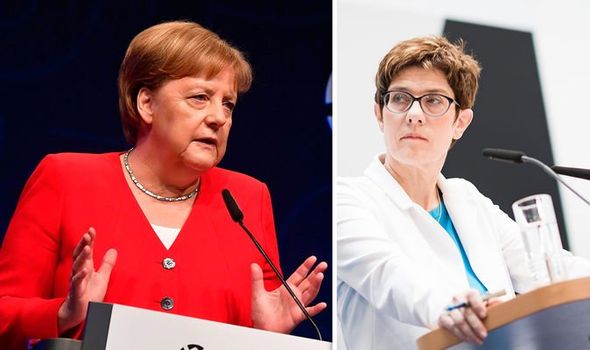 The party has been heavily criticised for how it reacted to this disappointing result and to allegations from the Greens the CDU has a bad record on climate change and income inequality.

The CDU shot a video response to answer the Greens’ accusations – only to axe it last minute – fuelling accusations the party’s leadership panicked following the elections.

AKK’s leadership is already under scrutiny, with many critics warning she may not be the best person to lead the CDU into the next elections, which should take place in October 2021. 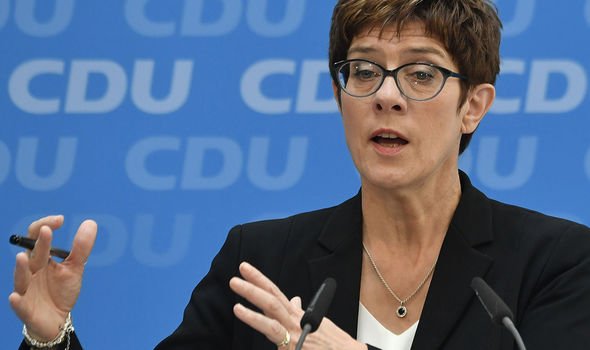 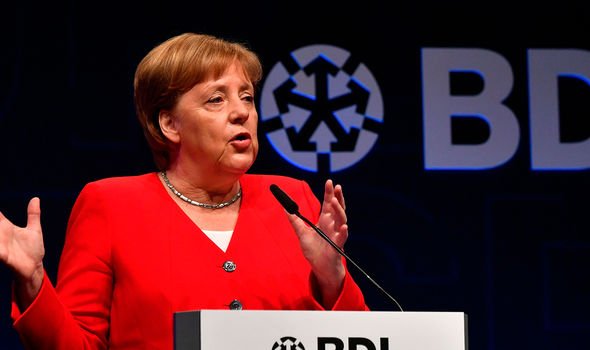 Speaking to Bloomberg in the aftermath of the European elections, they said Mrs Merkel was initially believed to be leaving the head of the party at the end of this year, but she is now thinking to remain until the end of her term.

Mrs Merkel has shrugged off this claim as “rubbish”.

But AKK has remained far from silent over the Greens’ growth, warning they were too ideologically close to the Die Linke party, representing the radical left.

She told Bild am Sonntag newspaper: “People who dream of a new Green-led government need to know that they could wake up with Die Linke in power.”