Hopes rise for white Christmas (for some): Met Office predicts snow could fall for millions in North of UK on Dec 25… while the south can expect rain

Hopes have risen today for a White Christmas in the north of England as the Met Office predicts snow fall for December 25 – but the south can expect rain.

Parts of Britain face a ‘whiteout’ Christmas with snow expected to start falling to herald a wintry run-up to Christmas Day and beyond – although which regions will be hit worst is still in doubt.

Scotland, the far North of England and Northern Ireland are the areas most likely to enjoy a white Christmas on December 25, particularly on higher ground, with temperatures expected to drop as low as -6C (21F).

Yesterday, Britons marked the winter solstice with a swim at the beach and yoga sessions outside an 11th century castle to witness the dawn after the longest night of the year as hopes continued to build for a white Christmas.

The winter solstice for the northern hemisphere marks the start of astronomical winter and the day with the shortest amount of daylight – Shetland being the most extreme example with just five hours and 49 minutes. 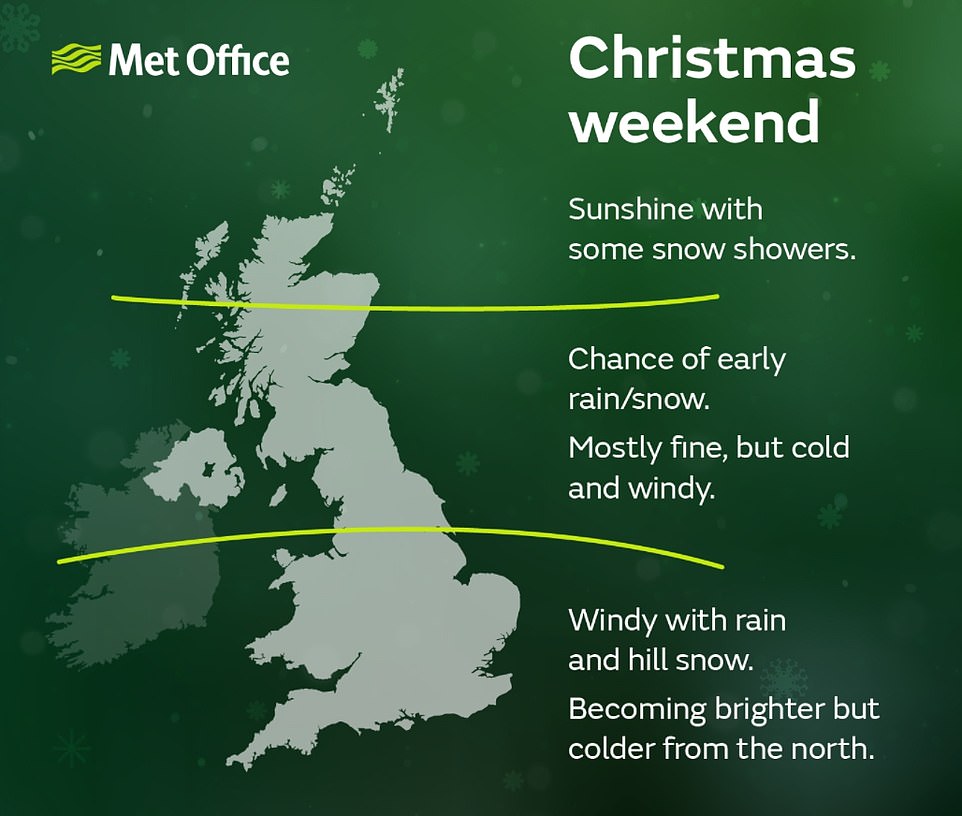 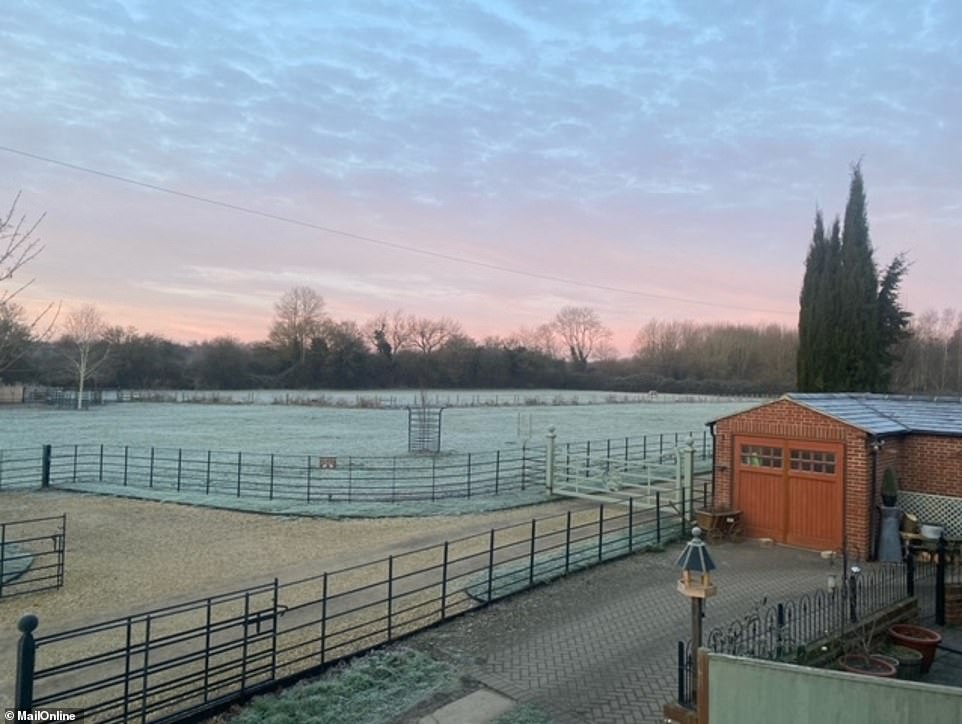 Parts of Britain face a ‘whiteout’ Christmas with snow expected to start falling to herald a wintry run-up to Christmas Day and beyond – although which regions will be hit worst is still in doubt. Pictured, morning sunrise in Oxfordshire 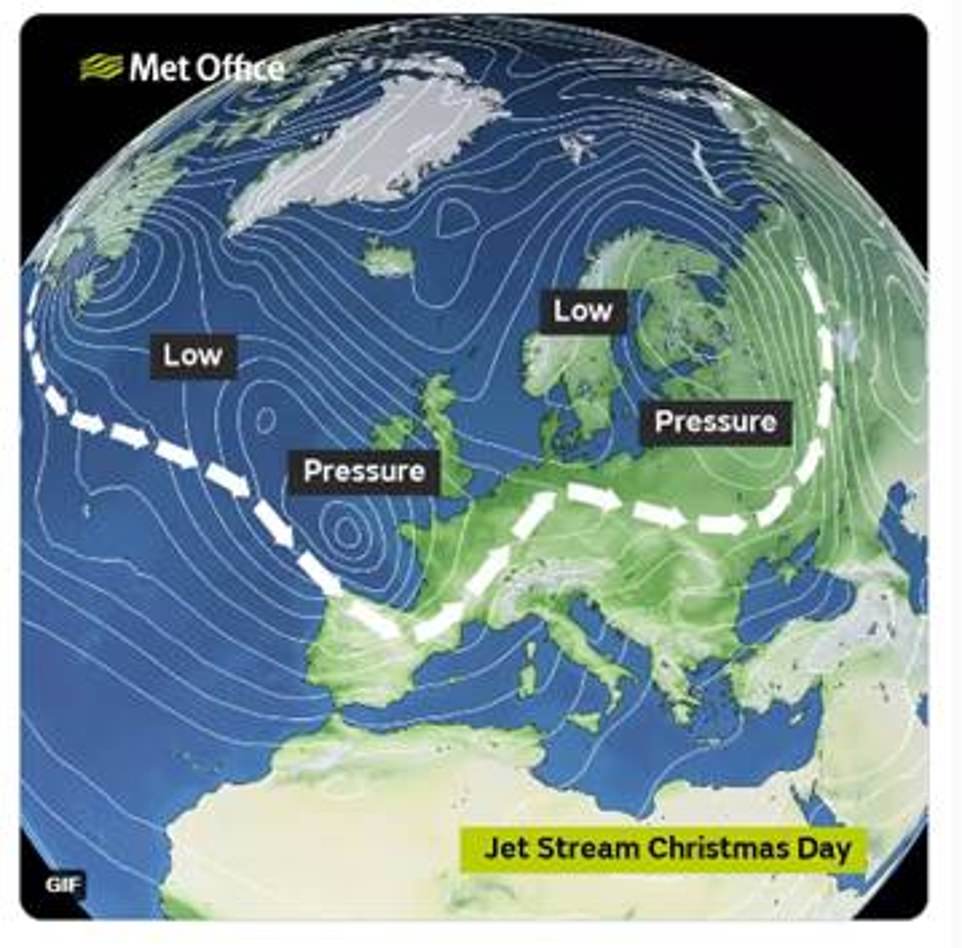 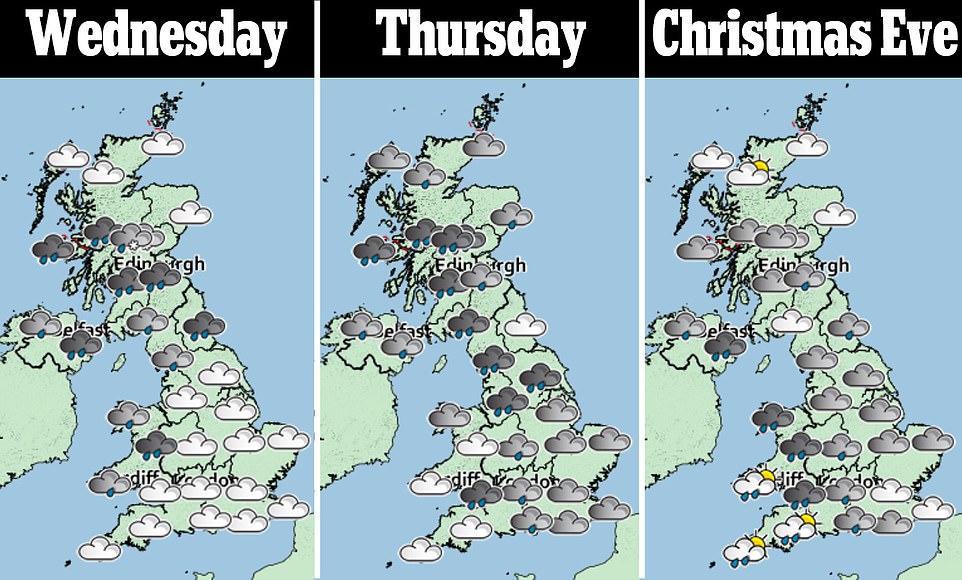 But the Met Office admitted that it was still unclear exactly where the boundary between cold and milder air will be, saying that this was ‘key as to where can expect any snow over Christmas’.

Conditions are forecast to become more unsettled from today, with bands of rain expected across the UK. Sleet, snow and ice are predicted over higher ground in Scotland before more snow is expected on Thursday.

Will it snow in your area of Britain on Christmas Day?

William Hill has provided these odds for snow on Christmas Day at the airports in the cities below:

Blizzards could be in store in Scotland on Christmas Eve thanks to strong winds. Edinburgh and Leeds are joint favourites with William Hill for snow at 4-9, with Newcastle, Birmingham and Manchester all at 10-11.

Areas further south are expected to remain mild and cloudy with some rain, and there is also the risk of fog across southern parts of England and Wales on Christmas Eve, which could affect travel.

The Met Office is uncertain about where Britain’s snow ‘boundary’ might be – between snowy and non-snowy parts of the country – but its official Christmas outlook, predicted Scotland is the most likely place to see snow.

The boundary will be driven by strengthening northerly winds during Christmas Eve.

They will make it feel very cold, with the chance of blizzards over high ground.

In the south, mild air remains in place, with cloud and spells of rain from the west.

The ‘blizzard’ forecast for Scotland could precipitate severe weather warnings for the festive period.

Temperatures will dip through the week, with overnight freezes as cold as -6C (21F).

Helen Caughey, deputy chief meteorologist at the Met Office, said: ‘With colder air meeting milder air over the UK, the specific details of the forecast for Christmas Day are still a little uncertain.

‘Milder air moves north-east over much of the country by the middle of the week, with spells of rain for most at times, which will turn to snow over higher ground in northern Scotland initially.

‘The boundary between the milder and colder air is then forecast to sink south later on Christmas Eve and through Christmas Day, introducing colder, clearer conditions for some.

‘However exactly where this boundary gets to is hard to pin down at the moment, and is key as to where can expect any snow over Christmas.’ 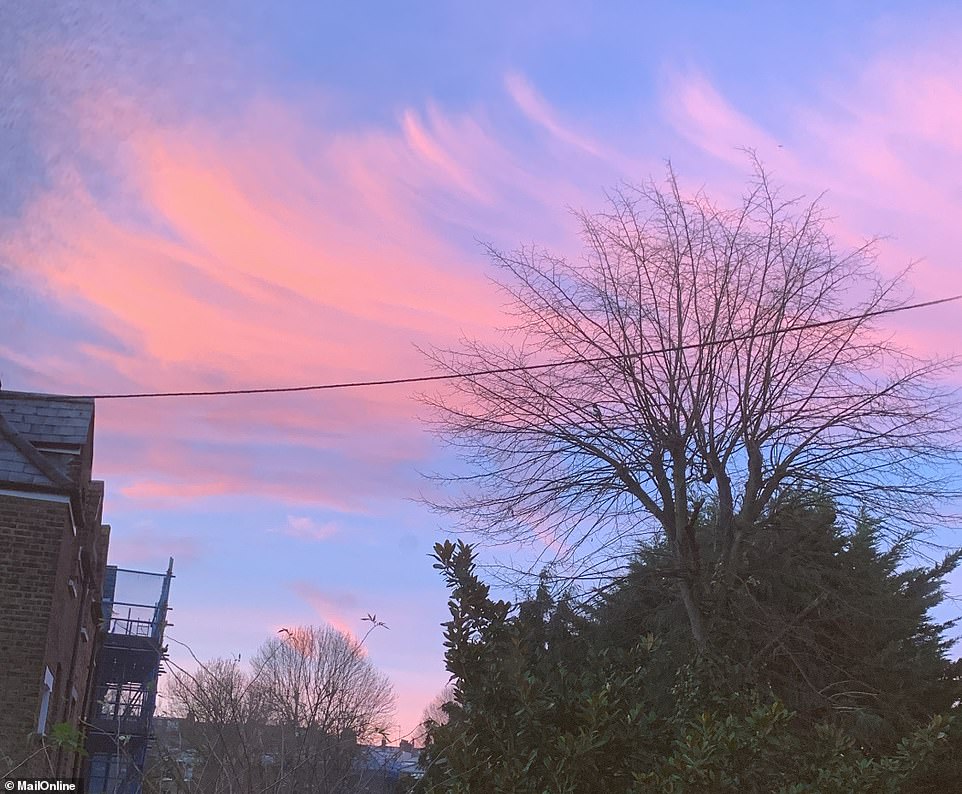 The ‘blizzard’ forecast for Scotland could precipitate severe weather warnings for the festive period. Pictured, the sunrise in North London this morning 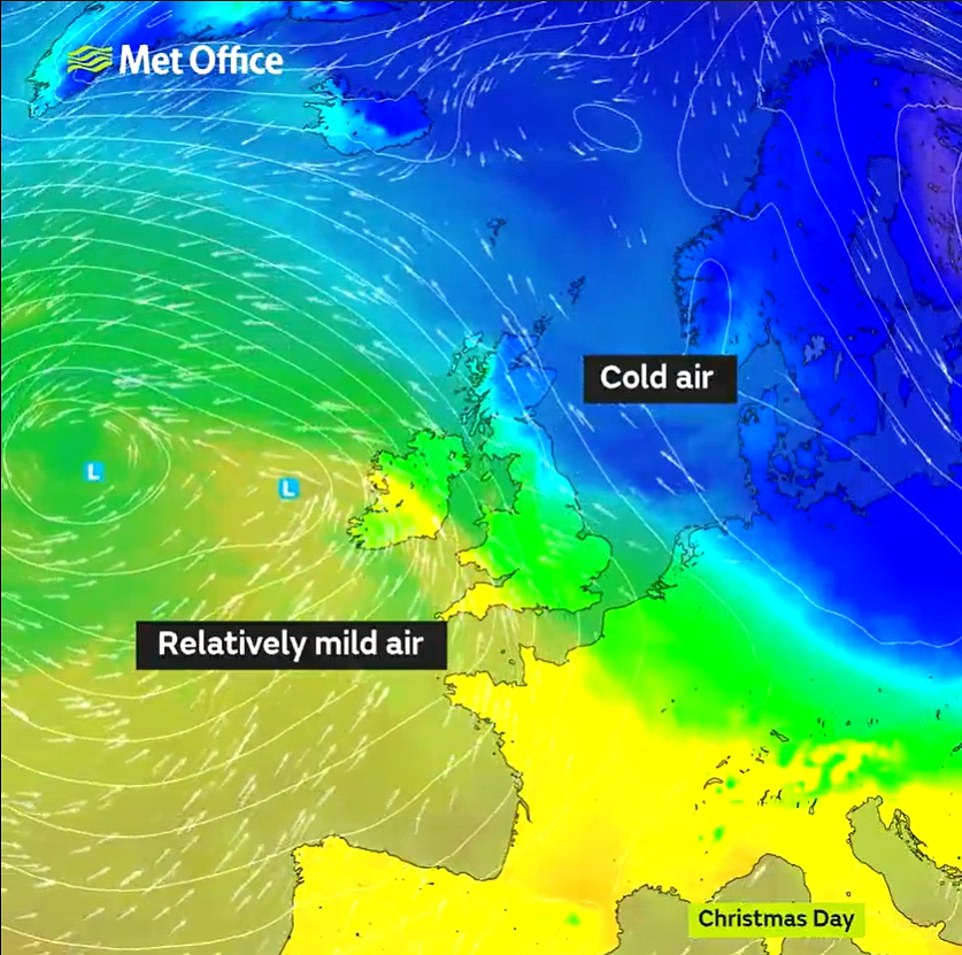 Bookmaker William Hill made Edinburgh and Leeds 4-9 favourites for a white Christmas in 2021, adding that all 13 major UK airports are now at their lowest level in over a decade.

William Hill spokesman Rupert Adams said: ‘As ironic as this may sound, we’re now seeing forecasters slowly warming to the idea of a white Christmas.

‘There has been a quiet confidence about the prospect, behind closed doors, for some time, but many have been unwilling to stake their reputation on it.

‘As soon as we ticked into the crucial five-day window of being able to forecast snow, those calling snow on the big day got a bit louder and as a consequence punters have been indulging in a festive flurry flutter with renewed confidence.’

The company said all that is needed to technically declare a white Christmas is the observation of a single snowflake falling in the 24 hours of December 25, at one of 13 major UK airports.

There have been white Christmases in four of the past six years, but they involved only a small number of locations.