A yellow warning for rain has been issued by the Met Office for a large chunk of southwest England, while the Environment Agency has issued flood alerts for the region. This damp weather marks the end of a particularly cold snap, but the prolonged rain poses its own set of problems.

The Met Office warning, which stretches from Hampshire right down to Plymouth and Truro, is in place between midday on Friday and 6pm Saturday.

The warning is for “persistent rain leading to some flooding and disruption”.

The Met Office said: “Flooding of a few homes and businesses is likely.”

Also likely, the agency said, is “some interruption to power supplies and other services”. 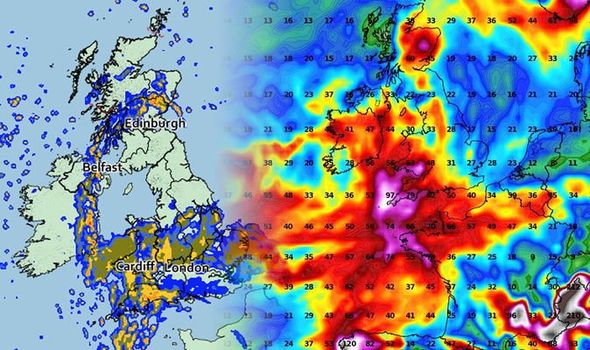 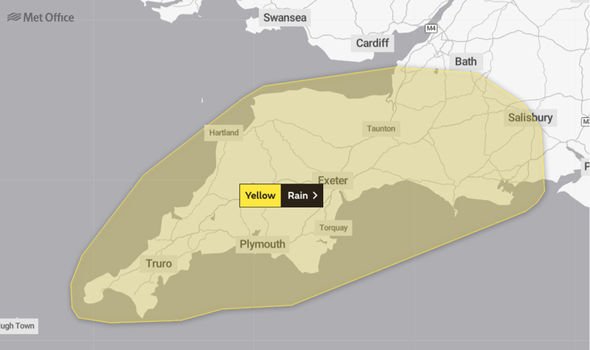 On travel, the Met Office said: “Bus and train services will probably be affected with journey times taking longer.

According to the current Met Office forecasts, “20 to 30mm is likely to fall quite widely”, with “40 to 50mm” (almost two inches) possible in some places.

This heavier rainfall is “most likely across the higher ground of south Devon”. 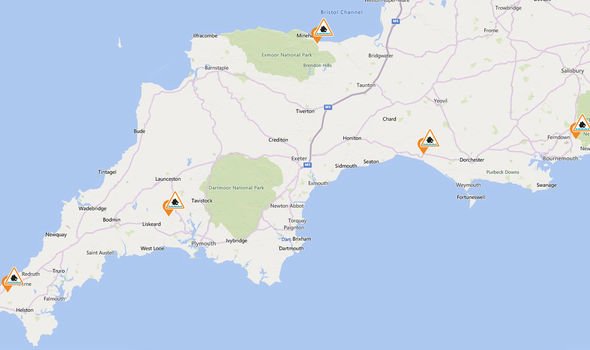 In addition to the Met Office warnings, the Environment Agency has issued five flood alerts for the region, meaning “flooding is possible – be prepared”.

This is on top of 42 other flood alerts across the UK, and six more serious flood warnings.

You can check the current flood warnings and see if you’re affected HERE.

While the heaviest of the rainfall is expected to peter out on Saturday evening, the whole of England is going to see a very rainy spell continue until the beginning of December.

From Sunday to Tuesday, the Met Office forecasts “further spells of rain or showers spreading from southwest to northeast across many areas”.

And through the week, it expects conditions to remain “ unsettled through the rest of next week as weather systems move east or northeast across the UK, bringing bands of rain, interspersed by brighter, showery interludes”.

Into the end of the month, the Met Office said: “The bulk of the rain, possibly heavy at times, seems likely across western and southern areas and it will often be windy, with gales in places.”

While temperatures should be “generally milder than of late”, it will still feel “cold at times in bouts of strong winds or rain”. 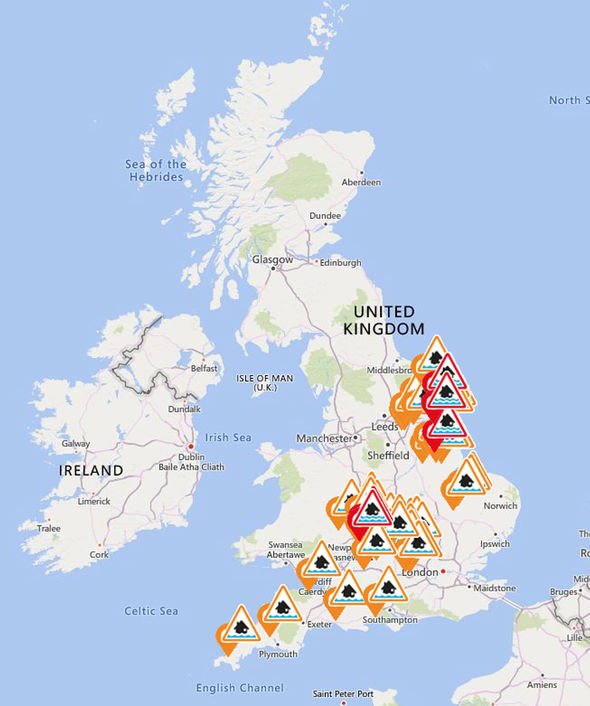 On the continent, the wintery bite will also continue to take hold.

BBC meteorologist Helen Willetts warned of “heavy snow” and “quite intense” showers and thunderstorms in the next week.

She said: “It looks as if parts of the Balkans and Greece will once again see some real downpours through Thursday into Friday.

“Then we’ve got the next area of low pressure coming in across the Bay of Biscay and down into Iberia.

“Flooding is anticipated for some parts of Iberia, but also the south and west of France.”