The Met Office has set down a series of warnings for the UK this week, as severe weather continues for a second week in February. Weather warnings continue for the next four days, as a deep chill, heavy winds, ice and snow are all predicted.

The latest Met Office weather warnings started today and will continue until February 20.

Two yellow warnings for snow and ice are currently in place over parts of Scotland, with the mercury set to drop into the low single figures.

The agency warned snow showers and icy surfaces could cause travel disruption from Monday night at 6pm to Tuesday morning at 11am in the areas of Central, Tayside and Fife, Grampian, Highlands and Eilean Siar, Southwest Scotland, Lothian Borders and Strathclyde.

Roads, railways and pavements could also become slippery, with centimetres of snow on high ground. 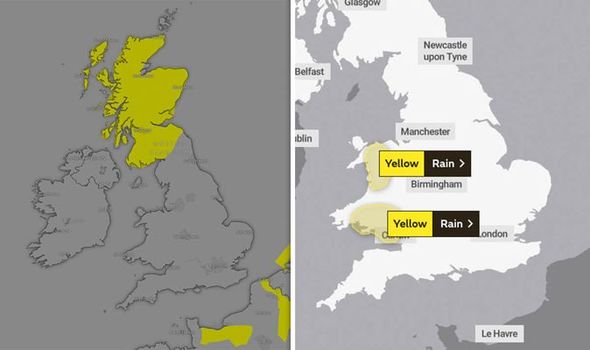 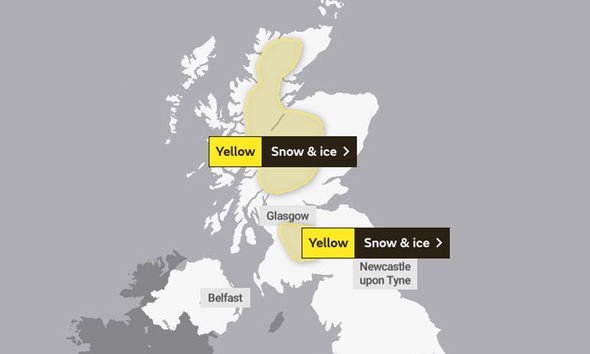 “One to two centimetres is likely above around 200 metres, with three to five centimetres possible above 400 metres.

“Showers will be accompanied by strong westerly winds which may lead to some drifting. 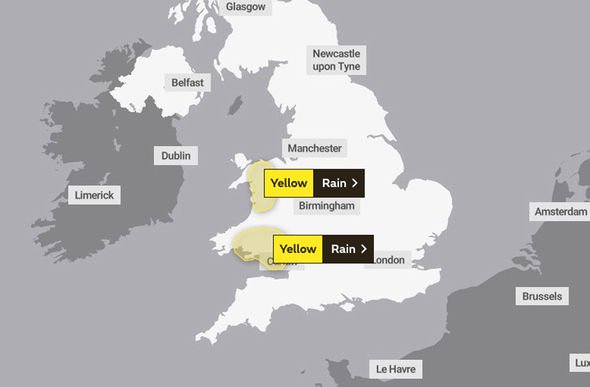 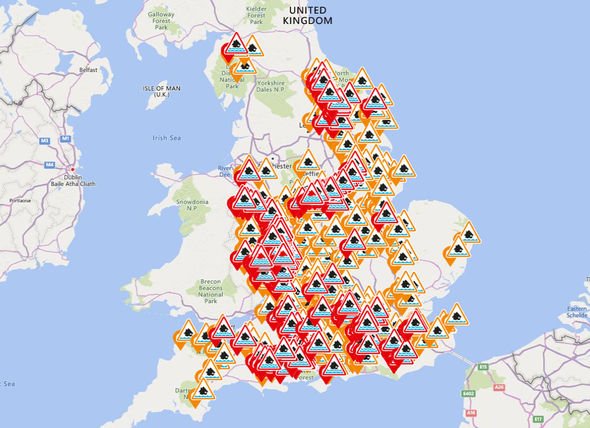 Once the ice and snow clears away, the Met Office has laid down another two yellow warnings for the south.

The agency said an “Atlantic” system will sweep the west coast of Wales.

Warnings are in place from 6pm on Wednesday, February 29, and continue until Thursday at 3pm for more than 18 locations in Wales.

The warning reads: “An Atlantic weather system arriving on Wednesday is expected to bring a further spell of rainfall which is likely to become particularly prolonged over areas of high ground.” 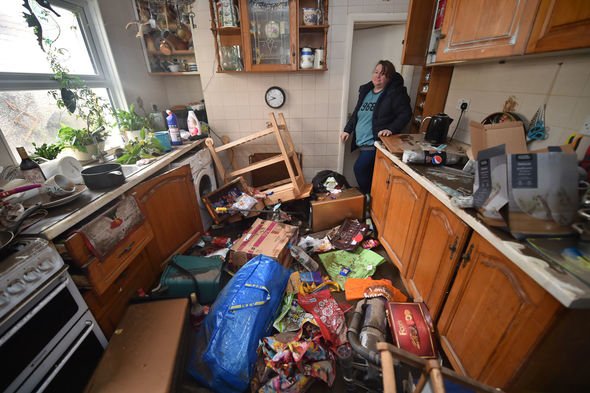 “Whilst there is more uncertainty over the rainfall totals for south Wales, there is a small chance that 50-60 mm could fall here in 24 hours.

“There is higher confidence in the rainfall for north-west Wales, with between 70 and 100 mm of rain most likely.

“Given already saturated ground, in south Wales in particular, there is a small chance of further flooding during this event.”

The news comes as an additional blow for Wales, which is currently trapped under “multiple” landslides and floods, forcing officials to call major incidents.

One month’s worth of rain fell in Wales over the weekend, with hundreds of homes and businesses damaged in the wake of Dennis.

A further 20,000 properties also suffered power cuts across the region, and fire officials took “nearly 1,400 calls” over 12 hours on Sunday.

“Whilst things may appear to be getting better, there is still a serious risk to people and property.”