This is the moment a scooter driver comes within inches of being hit by an out-of-control SUV.

The horrifying footage was captured on Minzhu Road, Xingren, Guizhou, China, on November 4.

Footage shows the scooter driver slow down as they approach the junction on the quiet street. 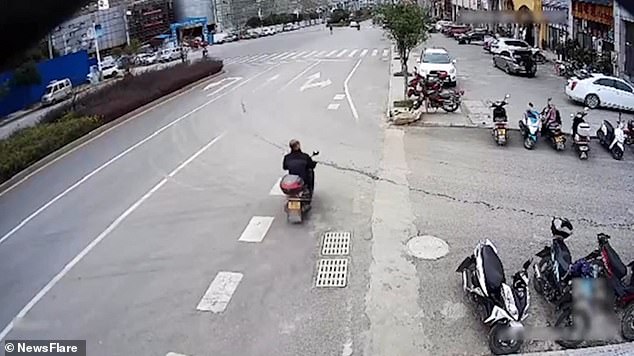 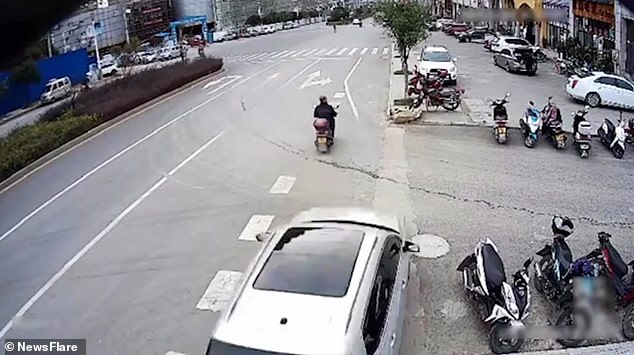 Suddenly the silver SUV accelerates past him before mounting the pavement and tearing down a tree.

The video shows the car topple onto its side as the scooter driver narrowly avoids being hit. 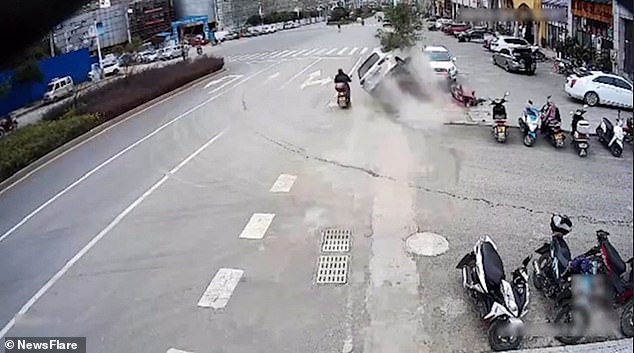 He then accidentally pressed the accelerator instead of the brake causing the car to speed onto the pavement.

Luckily Pang was wearing a seat belt, and was not injured.