THIS is the terrifying moment a family leapt out of a car as it rolled off a cliff edge in China.

The horror incident happened on the Xinjiang's Duku Highway, as one passenger failed to make it out time and suffered severe injuries. 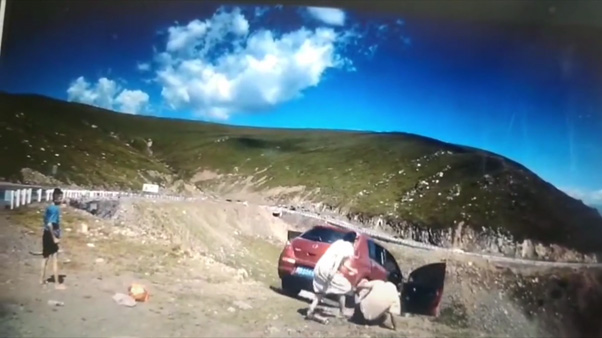 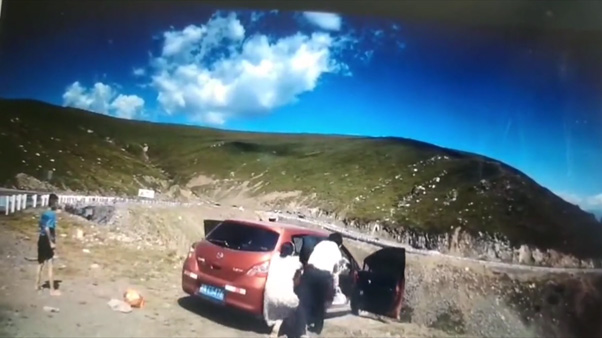 The family outing turned into disaster when they pulled up at the scenic beauty spot to enjoy the view of the valley below.

The man who was the driver climbs out of the vehicle first and is seen sipping his drink before it suddenly starts to roll forward.

He starts shouting and a young boy flings open the door on the back seat and clambers out, followed swiftly by an older woman.

But dramatically, another woman in the front seat was unable to unclip her safety belt and exit the vehicle in time as the car plunges over the edge of the cliff and disappears from view.

The final moments show the rest of her family stare in horror from the top as nearby witnesses flocked to the scene in disbelief.

According to the Hejing County Emergency Management Bureau, the passenger trapped inside the car survived the fall but suffered severe hip injuries.

It is currently unknown whether there was a fault with the cars handbrake. 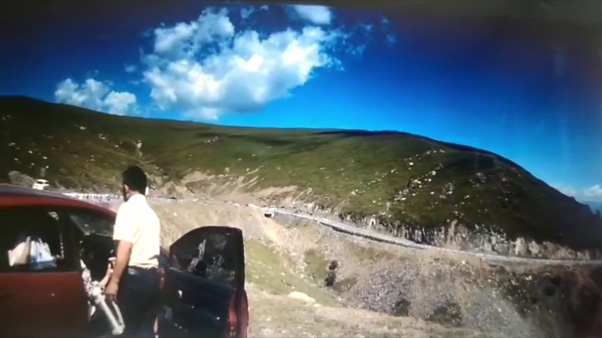 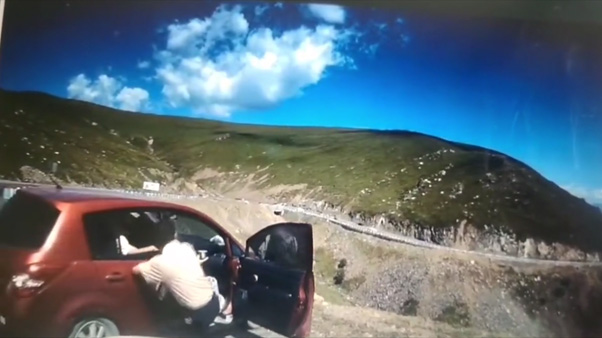 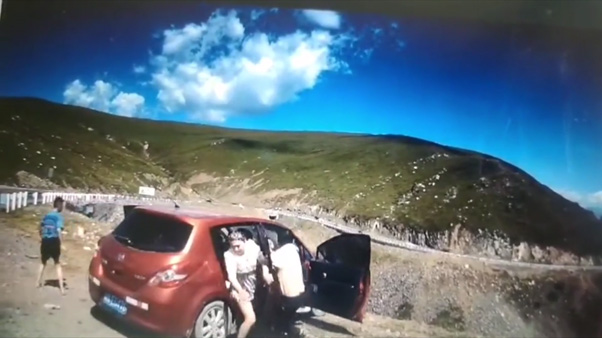 The shocking incident comes as China today put pay to many reinstated freedoms, as millions were forced back into lockdown amid the rise of Delta variant.

Major cities including Beijing have now tested millions of residents while cordoning off residential compounds and placing close contacts under quarantine.

Authorities in the capital met and agreed on the need to "raise vigilance, take strict precautions and defend (the city) to the death, sparing no expense," in comments put out by the Beijing government.

The city has cut all rail, bus and air links with areas where positive Covid cases have been reported.

Tourists are also barred during the peak summer holiday season, with only "essential" travellers with negative nucleic acid tests allowed to enter.

Residents have been told not to leave "unless necessary".