THIS is the moment police swooped to arrest a mum in front of her children after an alleged Twitter row.

Caroline Farrow was at home with her husband, Robin, and their five children when officers arrived to take her into custody. 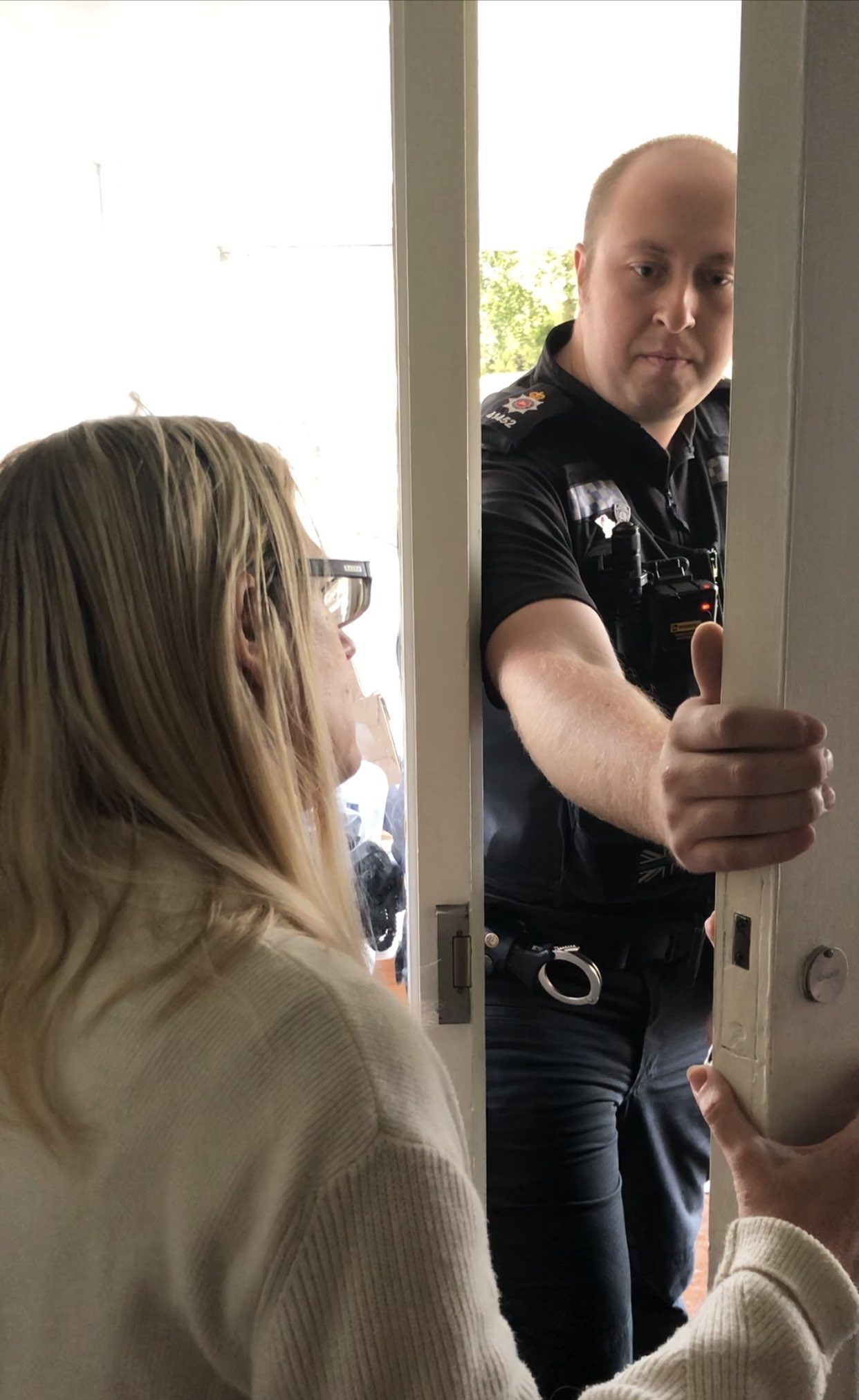 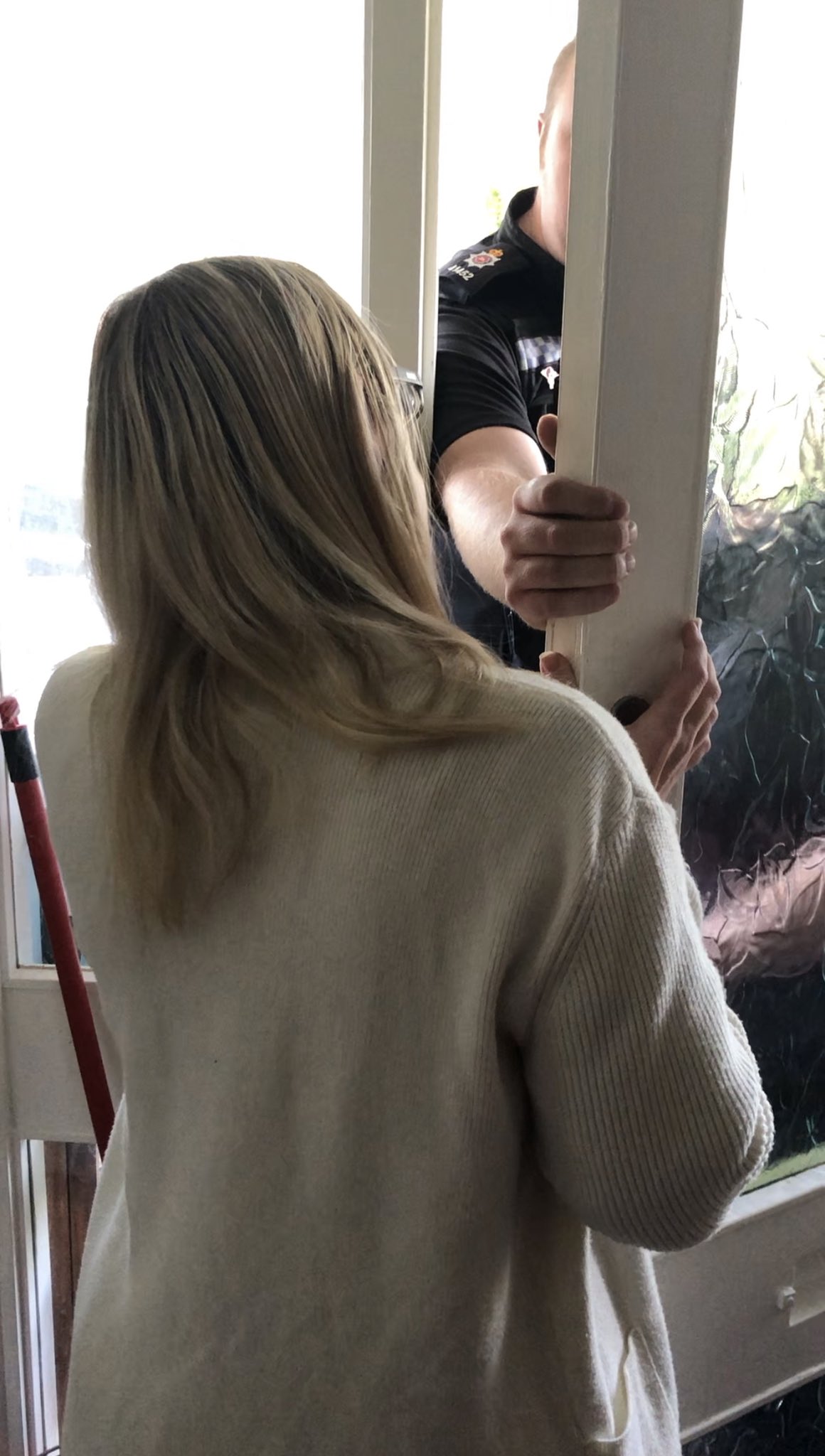 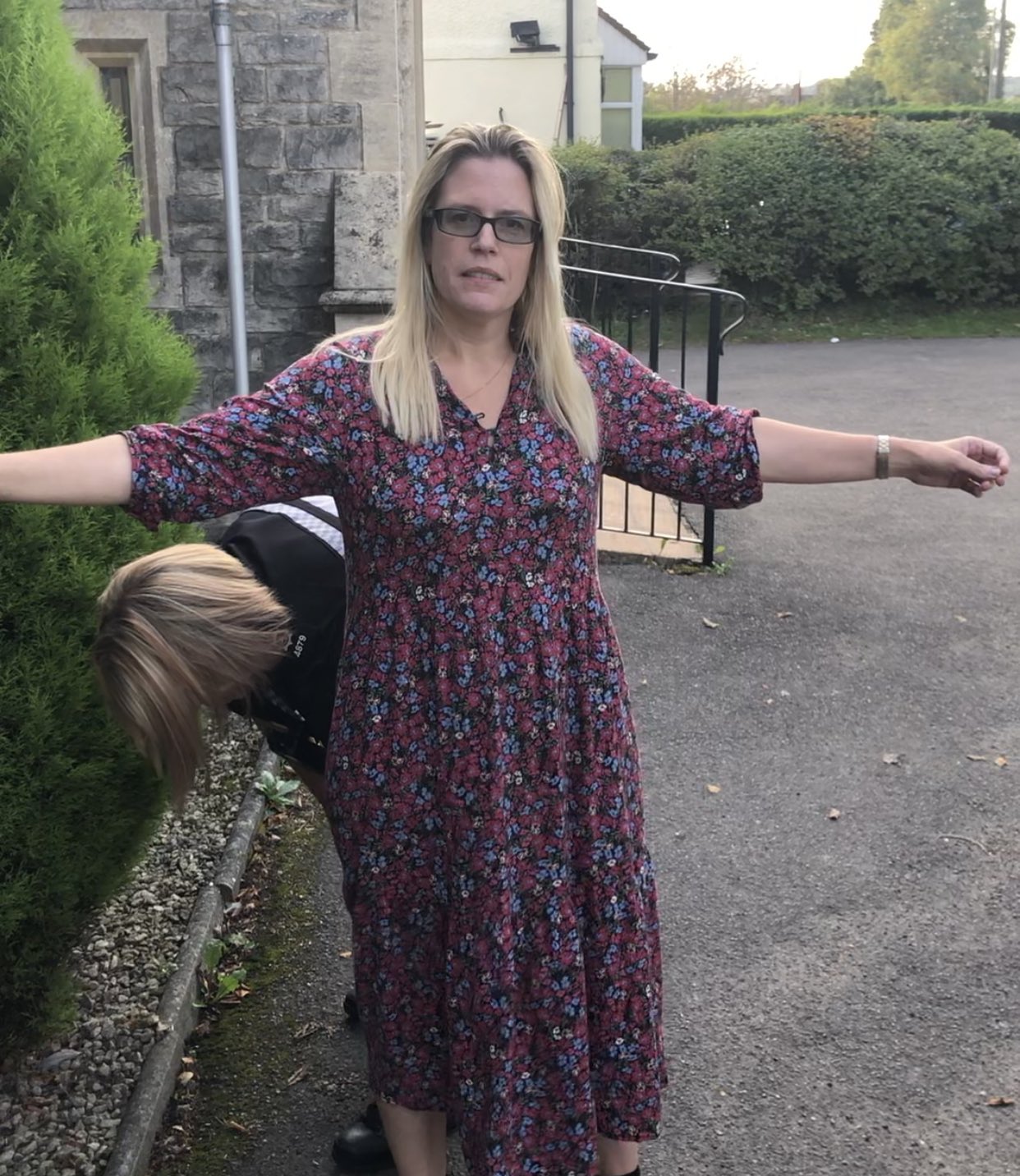 She was in the middle of cooking a roast dinner on Monday night when cops showed up on the door step of her Guildford home and attempted to make their way inside.

Ms Farrow, a Catholic media commentator, claims Surrey Police did not have a warrant for her arrest.

An image from the incident appears to show a police officer's arm holding open Ms Farrow's door with her hand on the other side.

She shared the picture on Twitter with the caption: "How it started. No warrant. I opened the door and this guy pushed it open to come in." 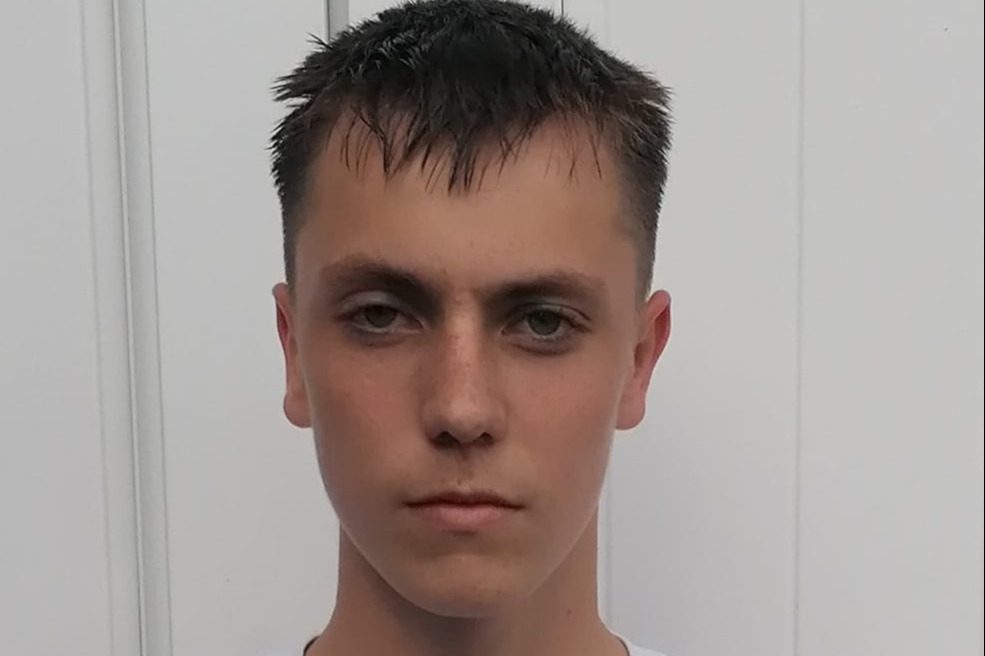 Tributes for boy, 14, after he’s stabbed to death as teen held for murder

Alongside two other photos, she wrote: "How it finished. Being frisked and whisked off to be taken to the cells and shown some memes posted by someone else."

One of the images appears to show a police officer patting down Ms Farrow while the other is of a police vehicle leaving her property.

Speaking of her arrest, Ms Farrow told GB News she was arrested for what was a "Twitter spat about gender issues".

She said: "One minute I was making dinner for my kids and then next I was having my socks checked for drugs. This took up an entire shift. What an absolute waste of police's time.

"I was then shown other material that police were accusing me of sending. None of them were my doing."

Ms Farrow was taken to a police station where she was questioned over several hours before being released under investigation on Tuesday morning.

Police have seized a number of her electronic devices as part of their enquiries.

A spokesperson for Surrey Police said officers went to Ms Farrow's home in relation to "allegations of malicious communications and harassment".

They said: "On Monday, October 3, officers attended an address in the Guildford area as part of an investigation into allegations of malicious communications (sending of indecent, grossly offensive messages, threats, or information) and harassment.

"A 48-year-old woman was arrested on suspicion of both offences.

"A number of electronic devices were seized as potential evidence from this address under section 19 of PACE. Where an offence is alleged to have been committed on an electronic device, for example, it may hold a key piece of evidence and may routinely be seized during an investigation.

"The woman was taken to Guildford Police Station where she was interviewed. She has now been released under investigation and inquiries remain ongoing."

Temporary Detective Chief Inspector David Bentley said hardware is taken in instances of officers working to "gather further evidence and carry out an investigation to prove or disprove the allegation".

Ms Farrow denies the accusations, claiming she was playing the organ during Mass at the Holy Angels Church in Aldershot when the posts were uploaded. 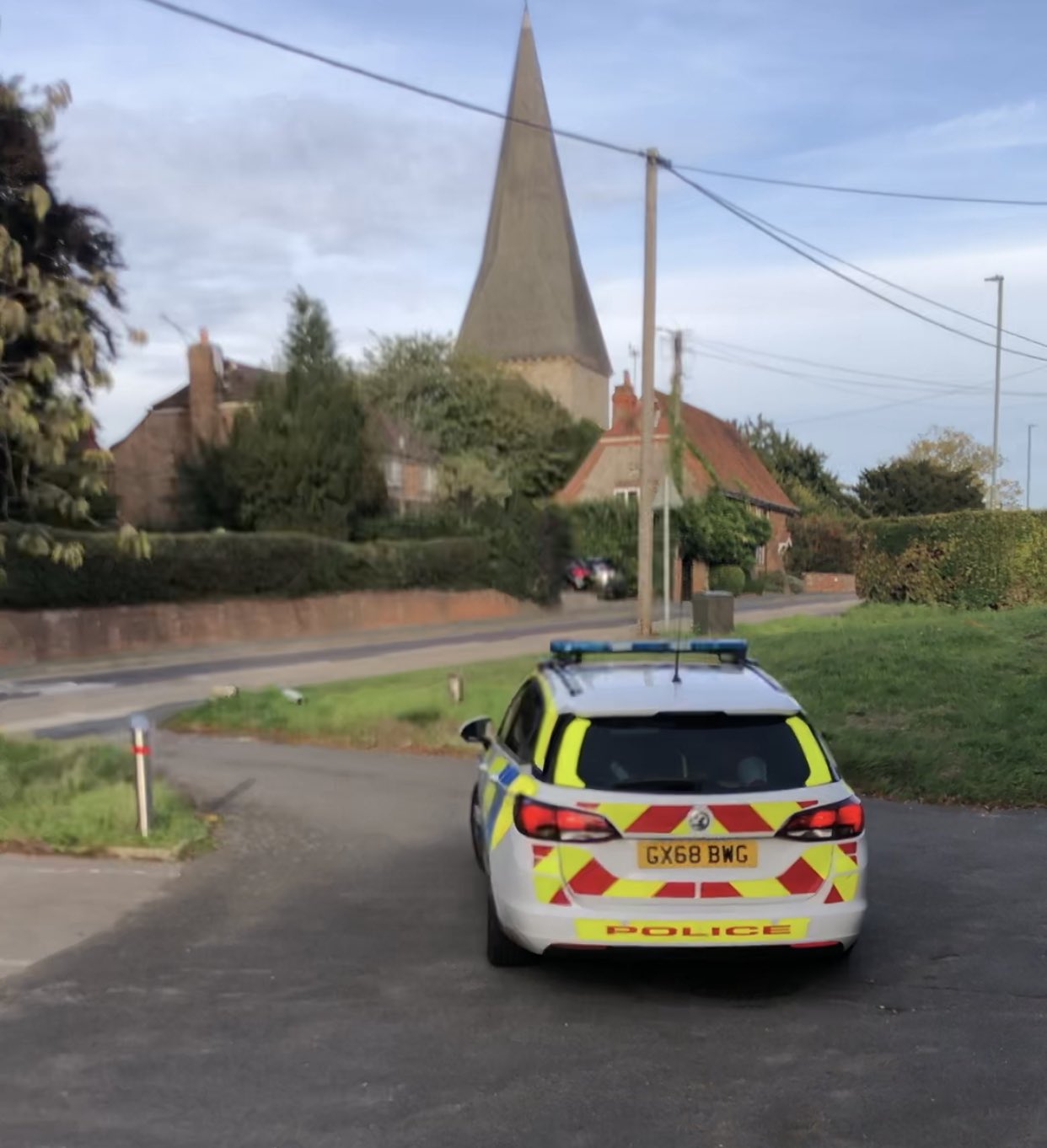