A mother-of-two created an app to report dog poo to her south London council after being driven to despair by the mess on the streets near her home.

Lawyer Jenifer Swallow, 46, created ‘Turd Alert’ after she couldn’t walk 20 metres down the road without stepping in the mess.

The app sends a notification of any excrement to Southwark Council where Jenifer lives in East Dulwich and it is set to be expanded nationwide.

Workers are then obliged to clear up the mess within 48 hours of it being reported.

The app’s description claims there are 81,000 dogs in the Southwark borough and says three tonnes of poo will be left on the streets if 10 per cent of owners don’t clean up after their dogs. 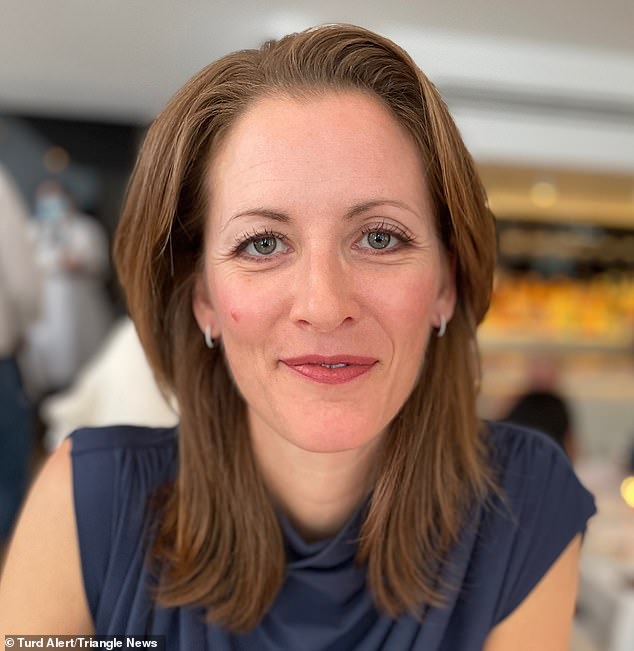 Lawyer and mother-of-two Jenifer Swallow created ‘Turd Alert!’ to report instances of dog poo to her local council, after saying she couldn’t walk ’20 metres’ down the road without stepping in the mess 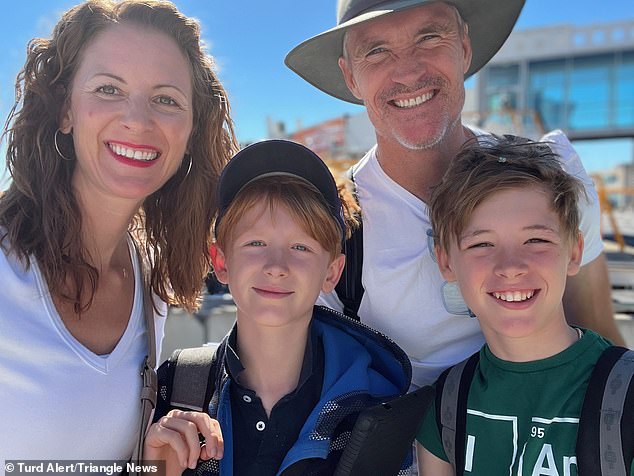 Jenifer created the app with her husband Nicholas (the couple is pictured with their two sons Thomas, 10, and Jacob, 11) 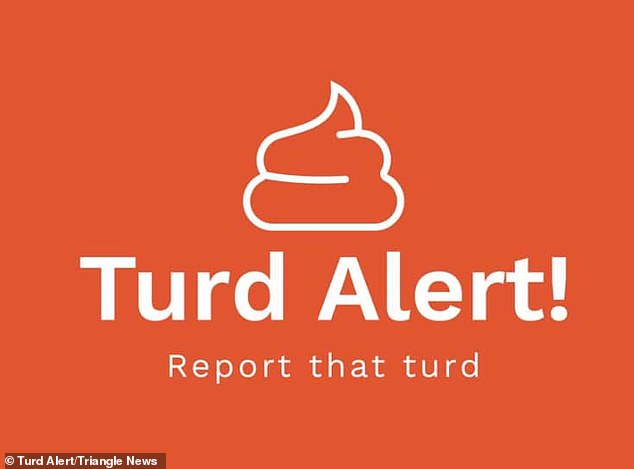 Turd Alert (logo pictured) claims there are 81,000 dogs in the Southwark borough and says three tonnes of poo will be left on the streets if 10 per cent of owners don’t clean up after their dogs

Southwark Council’s website says it will clean up dog poo within 48 hours and that they will issue those who do not clean up after their pets with a Fixed Penalty Notice of £50.

The council warns that they will prosecute repeat offenders who can face a fine of up to £1,000 if convicted.

Jenifer, who also directs LawTechUK, said: ‘Turd Alert is designed to help us all keep our streets clean by making it easy for you to report dog fouling in your local area.

The app sends a notification of any excrements to Southwark Council, which says it will clean up any mess within 48 hours, where Jenifer lives in East Dulwich. Pictured: Inside the ‘alert’ screen of the Turd Alert app

‘For now we cover just the borough of Southwark in London, UK.

‘Southwark Council promises to clean dog poo up within 48 hours.

‘We are not responsible for whether the council does its job, but your alerts encourage them to do so.’

Jenifer is also a business leader, consultant and coach and created the tech alongside her husband Nicholas Porzig.

What are the rules around dog fouling in the UK?