A mother-of-two who fraudulently claimed almost $100,000 in Centrelink benefits over five years has been spared immediate prison time.

Allison Dalton this week pleaded guilty to obtaining a financial advantage by deception after pocketing $92,839 in additional Centrelink benefits between December 2012 and March 2018 while she was a part-time disability support worker at the Department of Health and Human Services. 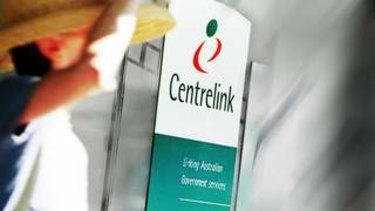 The ill-gotten money was obtained on top of benefits she was already receiving and continued despite being notified of irregularities by both her accountant and the Human Services department.

County Court judge Patricia Riddell said Dalton’s partner had organised that her Centrelink money be deposited into his account, that he would often gamble portions of it away and he was not actively involved in parenting their two daughters.

Judge Riddell said the now ex-partner of the 42-year-old had a history of domestic violence, and though he had not made explicit threats for Dalton to direct her money to him, it mitigated some of her responsibility for the theft.

“The atmosphere of abuse and control in which you lived necessitated good order for your protection for several years of your offending,” Judge Riddell said, “and your desire to avoid any conflict had its part to play.

“In my view that does reduce, but not eliminate, your moral culpability.”

Dalton appeared in the County Court on Friday via videolink and dabbed away tears as Judge Riddell handed down her sentence.

The court heard she was living week to week over the period of the offending, saying that she would "never look at my bank balance … I’d tap until there was none left".

“There is no suggestion of a lavish lifestyle, or any real enrichment,” Judge Riddell said.

Dalton falsely declared her income on 52 occasions, meaning the parenting payment she was entitled to was overpaid by $91,382. She also received an additional $1457 pensioner education payment to supplement her study for education she later abandoned.

Dalton was sentenced to 20 months in jail for obtaining a financial advantage from the Commonwealth by deception but that penalty was suspended for two years under a recognisance release order. It means she won't serve any jail time provided she is of good behaviour.

The primary carer of her two daughters aged 3 and 10, Dalton had begun repaying the debt and had expressed remorse for the long-term fraud.

Judge Riddell added that even though the fraud was perpetrated against the Commonwealth, it was not a victimless crime as the money she stole was contributed by taxpayers.

The court heard that she had symptoms of borderline personality disorder, and had been dogged by failed attempts at education and ongoing mental health problems throughout her life.

Judge Riddell told Dalton that she could face arrest if she breached her good behaviour bond.