MPs have criticised ministers for stalling on plans to make it easier to change gender.

They said the decision by Liz Truss to scrap reforms designed to allow people to ‘self-identify’ their gender was ‘unfair’.

In 2018, the Government under Theresa May promised to make it easier for people to legally change their gender by removing the requirement that they have to be seen by a doctor to test whether they have a condition called ‘gender dysphoria’.

But in September last year Miss Truss, who is equalities minister as well as Foreign Secretary, overturned this. 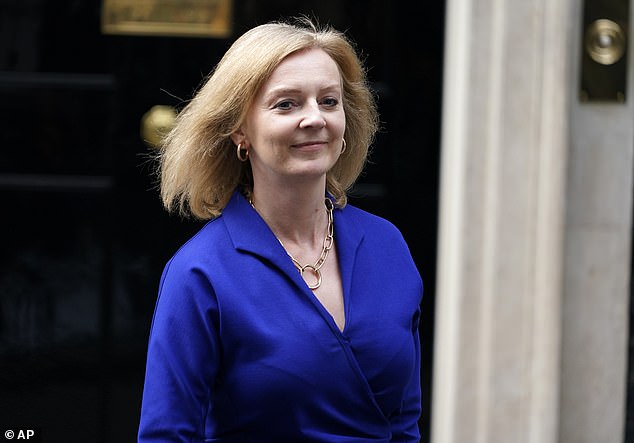 In September last year, Equalities Minister Liz Truss scrapped plans that would have allowed trans people to ‘self-identify’ which had been promised under Theresa May’s Government

She said those who want to change gender would still have to get a medical diagnosis that they have gender dysphoria.

The Commons women and equalities committee said this meant the process of receiving a gender recognition certificate was ‘overly medicalised’, and called on Miss Truss to change her decision.

In a report, the MPs called for a system of self-declaration, where people are allowed to assert themselves whether they are a man or a woman.

But two of the committee’s members – Tory MPs Jackie Doyle-Price and Philip Davies – voted against many of the report’s conclusions.

Last night Mrs Doyle-Price ‘paid tribute’ to the Government for shifting its position on self-identification, and raised concerns about other aspects of the report. 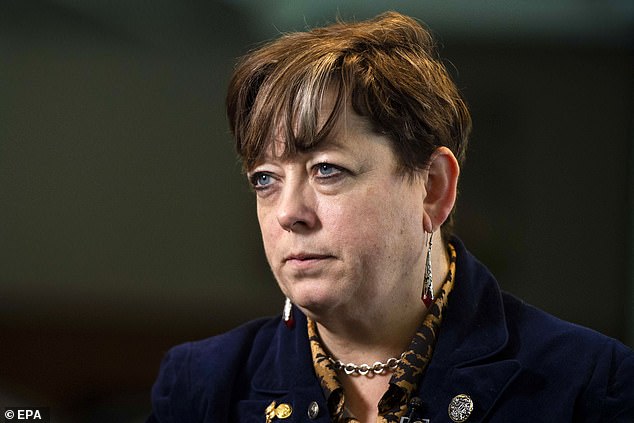 Conservative MP Jackie Doyle-Price (pictured) raised concerns with a report by the Commons women and equalities committee which called for a system of self-declaration, where people are allowed to assert themselves whether they are a man or a woman

A headmistress has ditched the titles Head Boy and Head Girl at her Church of England school, claiming they are ‘outdated’.

Rachael Lucas said pupils elected to the roles at Bolton St Catherine’s Academy would now be known as ‘Head Ambassadors’.

Mrs Lucas said the gender-neutral titles would provide ‘a welcoming atmosphere for all’ and that the change had been made as part of the school’s ‘desire to continue to be known as an inclusive community’.

‘The genes don’t lie. Male or female, boy or girl. Cannot be anything else.’

The school, in the Breightmet area of Bolton, teaches 1,260 children from the ages of three to 16.

‘I’m keen to keep medical diagnosis for people for a gender recognition certificate.

‘We need to do more to bolster the integrity of women’s sport or it will be destroyed, and I am concerned about the rights of women in prisons.’

But Tory MP Caroline Nokes, the committee’s chairman, said: ‘The Gender Recognition Act (GRA) is crying out for modernisation, and the Government has spectacularly missed its opportunity.

‘Being trans is not an illness. It is imperative that the Government de-medicalise the process of gender recognition by removing the outdated requirement for a gender dysphoria diagnosis.’

The committee said spouses should no longer be allowed to block their partner from receiving a gender recognition certificate.

MPs also called on ministers to remove the requirement for trans people to live as the opposite gender for two years.

A spokesman for the Government Equality Hub said: ‘The Government believes the current provisions in the GRA are effective and allow for those who wish to legally change their gender to do so.’