MPs have called on Parliament’s ethics watchdog to ‘immediately’ drop its investigation into 91-year-old Baroness Boothroyd for failing to attend a sexual harassment course.

The Mail on Sunday last week revealed the Lords Standards Commissioner had opened a formal probe into the pioneering politician, despite knowing she is recovering from open-heart surgery.

Senior Labour MP Graham Stringer said: ‘This treatment of a 91-year-old woman recovering from heart surgery is making the House of Lords into a national laughing stock.

‘There is simply no excuse for hounding Betty Boothroyd in this way when she has explained perfectly well why she can’t do the course at the moment.

‘The Lords Standards Commissioner should drop this ridiculous investigation immediately.’ 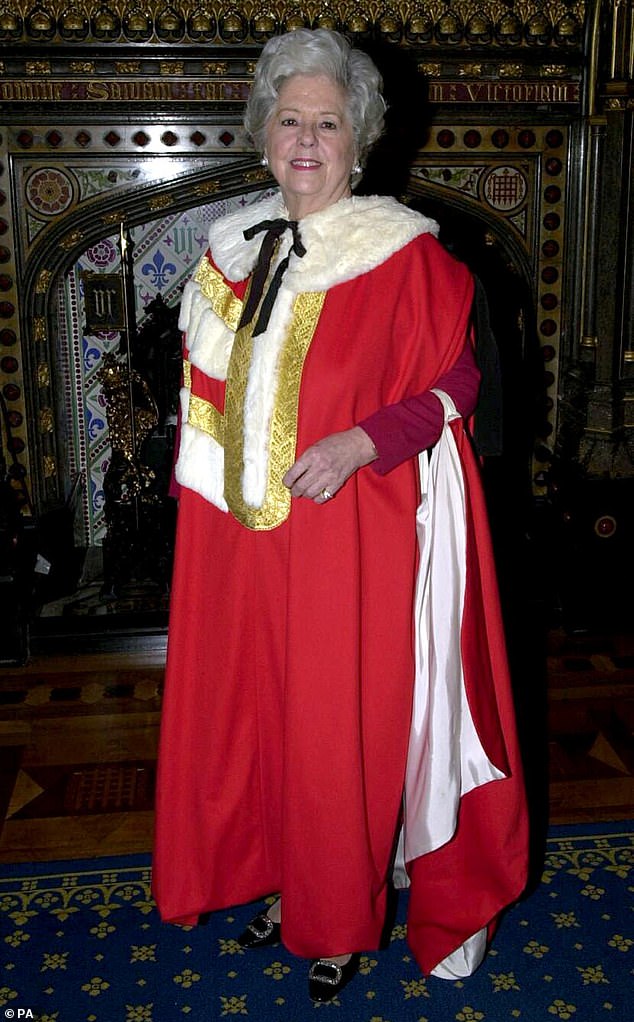 Conservative MP Ben Bradley added: ‘Setting aside the fact Lady Boothroyd made clear she is recovering from open-heart surgery and cannot access the online course, the decision to make this rubbish compulsory for Lords in the first place is highly questionable.’

Baroness Boothroyd, who made history as the first and only female Commons Speaker, is one of 60 peers under investigation by the commissioner for failing to attend the training session called Valuing Everyone, run by a controversial consultancy firm that uses giant blue puppets in its courses.

Data disclosed under the Freedom of Information Act has shown that Challenge Consultancy has been paid nearly £1 million in Government and Parliament contracts – including for similar training for officials in the Home Office and Cabinet Office.

Across the Commons and House of Lords, the company has been paid £885,354 for the courses.

Mr Bradley said: ‘The Valuing Everyone training – which I have attended – turned out to be a two-hour journey around the benefits of not being horrible to your staff… as if we didn’t know. 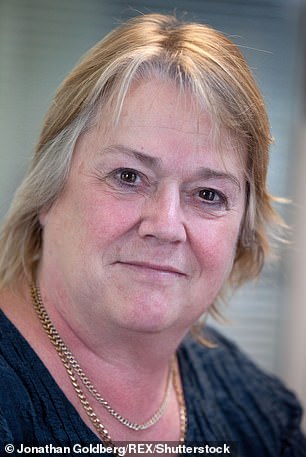 Commissioner Lucy Scott-Moncrieff announced she was investigating the Baroness anyway

‘I think I’m quite nice to my team in the office. If I wasn’t, those two hours wouldn’t have made the blindest bit of difference – apart from for the consultants running it who have lined their pockets with £1 million in taxpayer cash. This investigation into failing to attend it is total nonsense. A waste of time and taxpayers’ money.’

Tom Hunt, another Conservative MP, called on the standards commissioner in the Lords to show ‘common sense’ and some understanding for Lady Boothroyd’s medical condition.

Mr Hunt said peers should not be forced to do the course, which is not compulsory for MPs.

After she was contacted by the standards watchdog, Baroness Boothroyd explained that she had had an aorta valve replacement, adding: ‘My medical condition has prevented me from attending the course online.’

Despite this, Commissioner Lucy Scott-Moncrieff announced she was investigating the Baroness anyway. Last night the House of Lords said the probe into Baroness Boothroyd was ongoing.