A MUM says she was left "absolutely livid" when McDonald's staff refused to let her potty-training toddler use the toilet.

Bernie Henderson was in Grimsby town centre on Saturday when her two-year-old daughter, Vaida Mae-Dale, suddenly needed the loo. 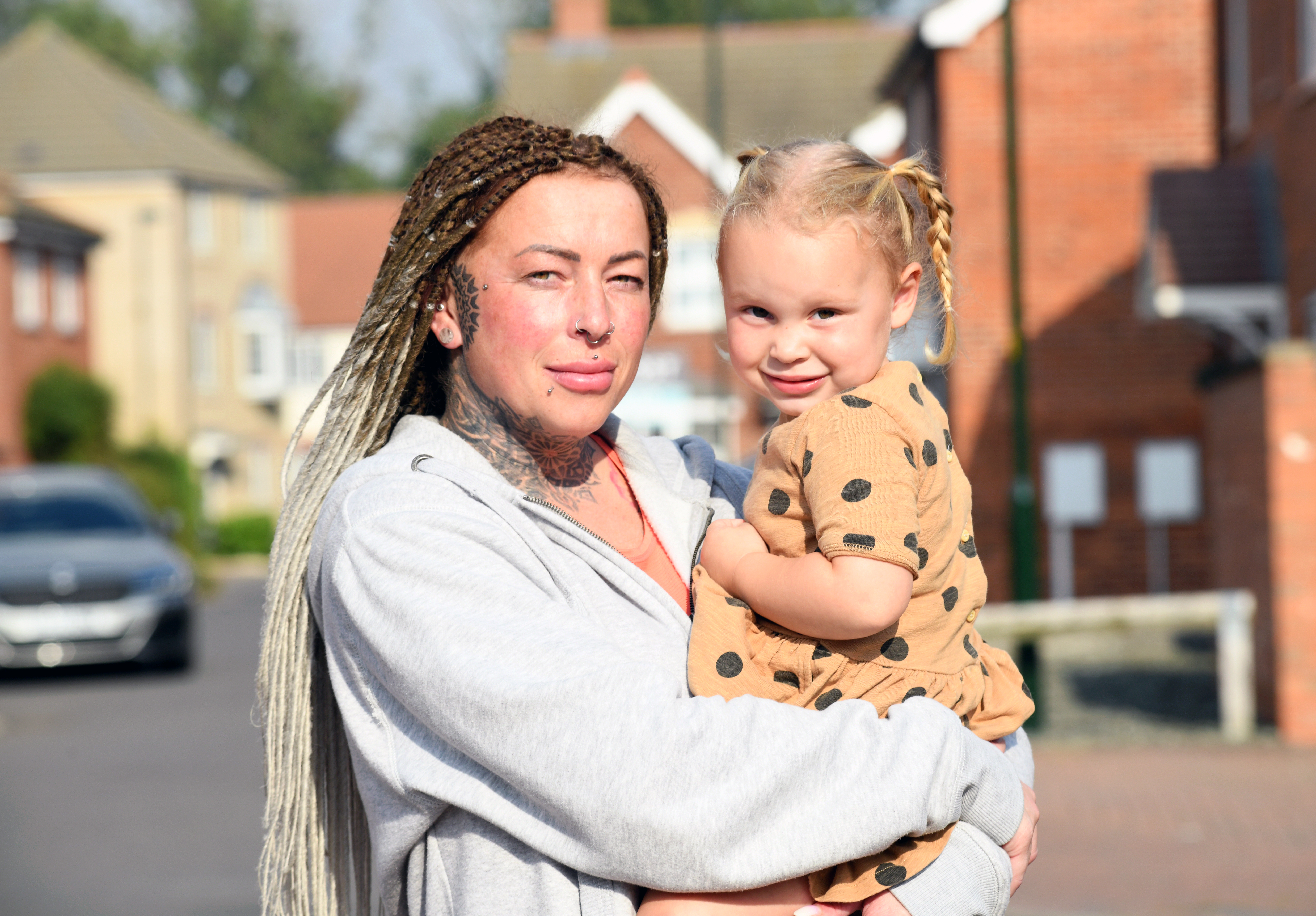 But as they entered the McDonald's branch, the 36-year-old was stopped by workers who said the tot couldn't use the toilet as they weren't paying customers.

Bernie says she pleaded with workers to let her toddler use the loo, but they were turned away and told to use toilets in the Freshney Place shopping centre "across town" – which left the mum "fuming".

She told GrimsbyLive: "I've been potty training Vaida for a while now, but I can't control where and when she needs the toilet.

"We'd used toilets in town before we entered the vape shop on Victoria Street. Having explained that I would need to get my daughter to the toilet, they suggested I go across the road and use the one in McDonald's.

"Taking their advice, we walked across the street into McDonald's. Only two steps in I was stopped by someone who worked there and asked if we needed any help.

"I asked if I could borrow the toilet for my daughter and she just kept telling me that it was only for customers to use.

"In the end I had to take my two-year-old daughter all the way across town, just to go to the toilet.

McDonald's bosses have since apologised, but Bernie says she won't be returning to the restaurant.

"I can understand why you might turn some older people away because you don't want them causing issues, but not a young child," she added.

"It was just awful. I was fuming and I'm absolutely livid about it.

"How could they refuse a little girl the use of a toilet?

"I work in a barbers and we let everyone use the toilets – from bus drivers to delivery men.

It was just awful. I was fuming and I'm absolutely livid about it. How could they refuse a little girl the use of a toilet?

"I just can't understand why she would blatantly refuse to let her go to the toilet.

"I've never had this problem anywhere else, but I definitely won't step foot in the place again – not a chance."

The branch manager has reached out to Bernie to apologise.

A McDonald's spokesman said: “We are sorry to hear about this lady’s experience.

"As soon as they were made aware of the situation, the restaurant manager apologised and the restaurant crew were reminded of our expectations on how they should deal with similar requests in the future."