FORGIVENESS is something few of us could feel while staring at the person who brutally murdered a family member.

But that was the emotion that swept through Chris McGlade while sat opposite his father’s killer, Malcolm Harland, 50, in the courtroom in Teesside, Newcastle. 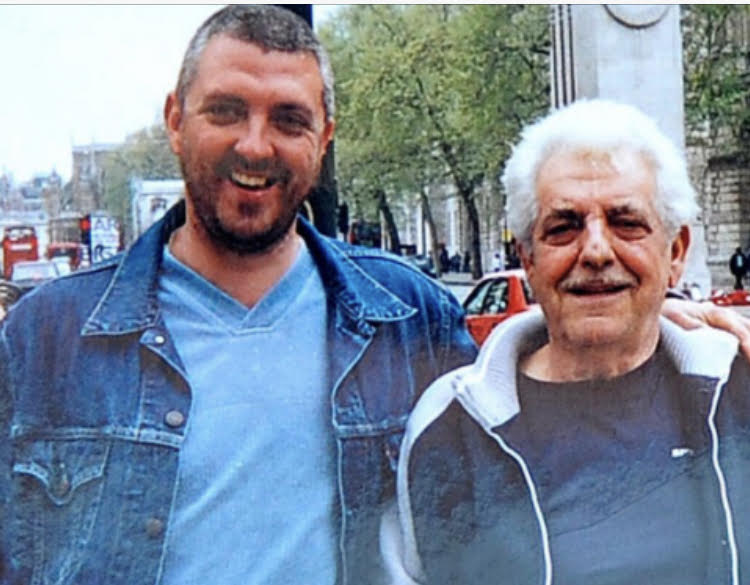 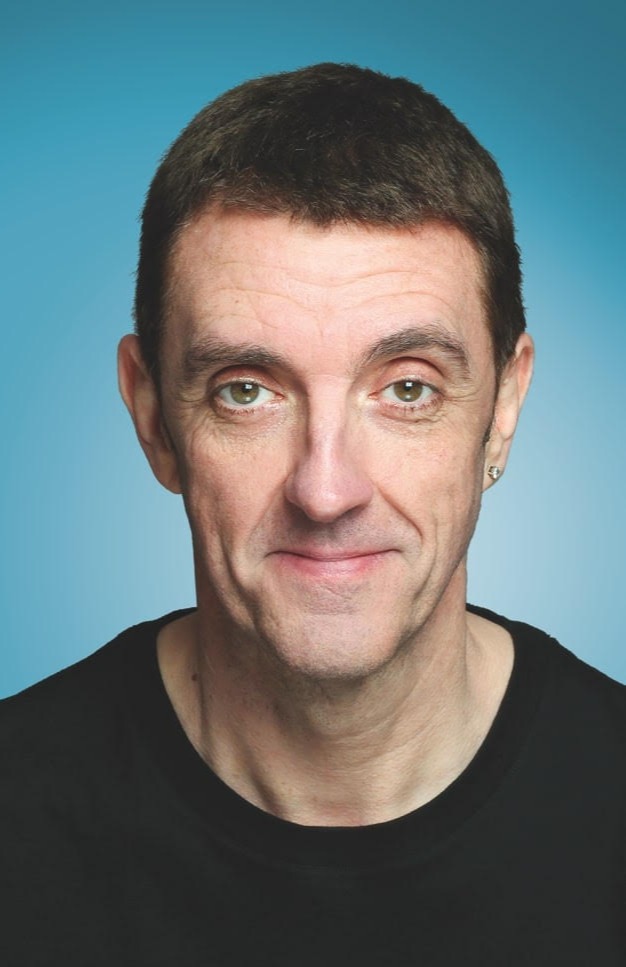 On the night of his dad Terry McGlade’s death in 2011, the 77-year-old had offered his old friend, who was homeless and had been sleeping in his car, a place to stay for the night.

Harland, who was an alcoholic with hefty debts, had been drinking heavily and in the early hours of the morning a fierce argument broke out after he was refused more booze.

Terry was throttled by his former pal for five minutes and after realising he was dead, the killer set fire to his home hoping to cover his tracks.

Within 48 hours Harland was arrested and finally fessed up after lying to police for hours – which led to him receiving an 18-year prison sentence. 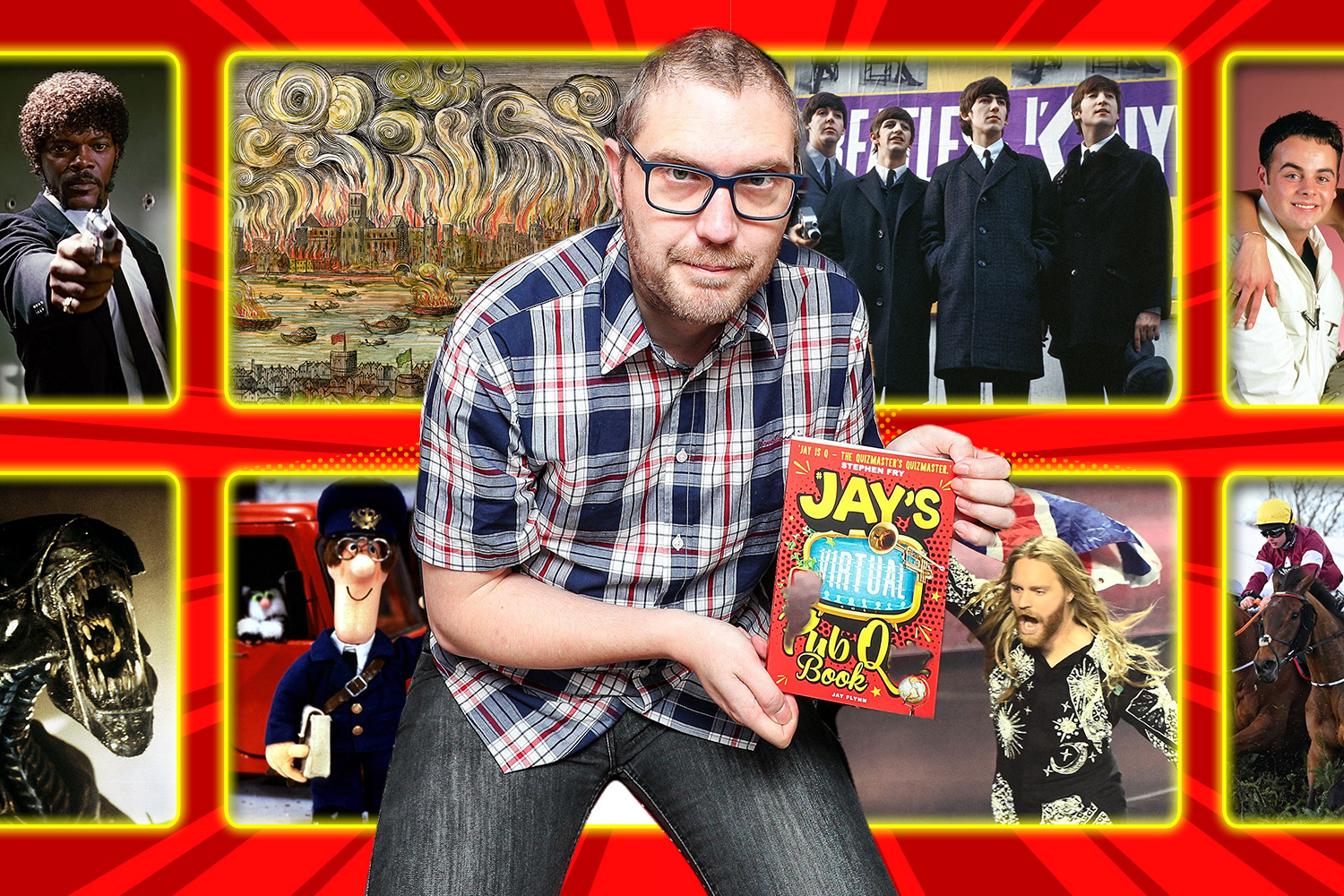 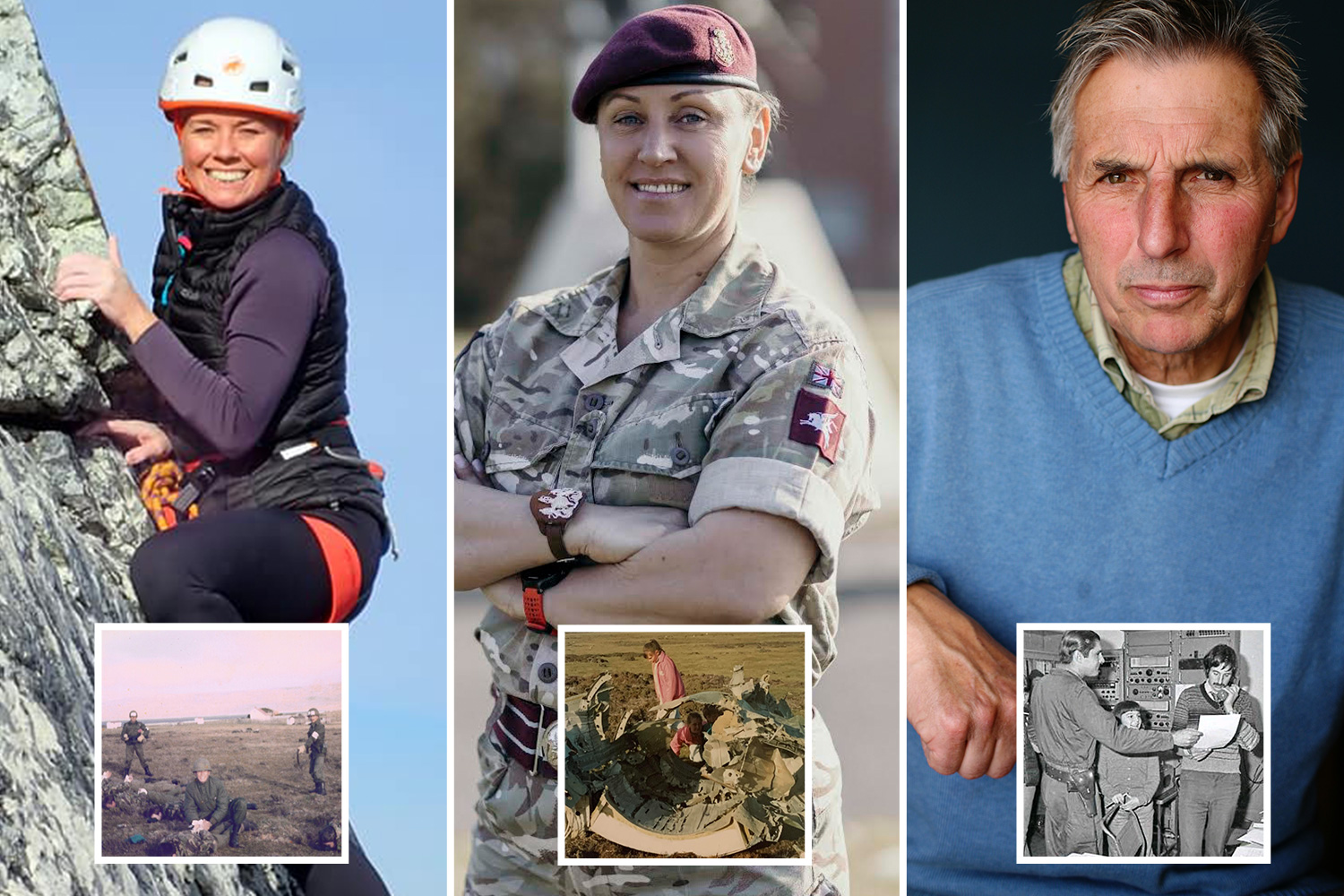 Now Chris, 57, has turned his dad’s murder into a critically-acclaimed comedy show named Forgiveness, which will feature in this year’s Edinburgh Festival Fringe.

He told The Sun: “When I told a friend my plan to make it into a comedy he said, ‘F***ing hell!’ but I know it’s what my dad would have wanted.

“It’s not being disrespectful to my father, I know he would have laughed too and would be making the same funny jokes that I am.

“During the murder trial, I felt my anger resurfacing and wondered if it was the right decision to forgive Malcolm Harland but then there was one day where we actually laughed in court. 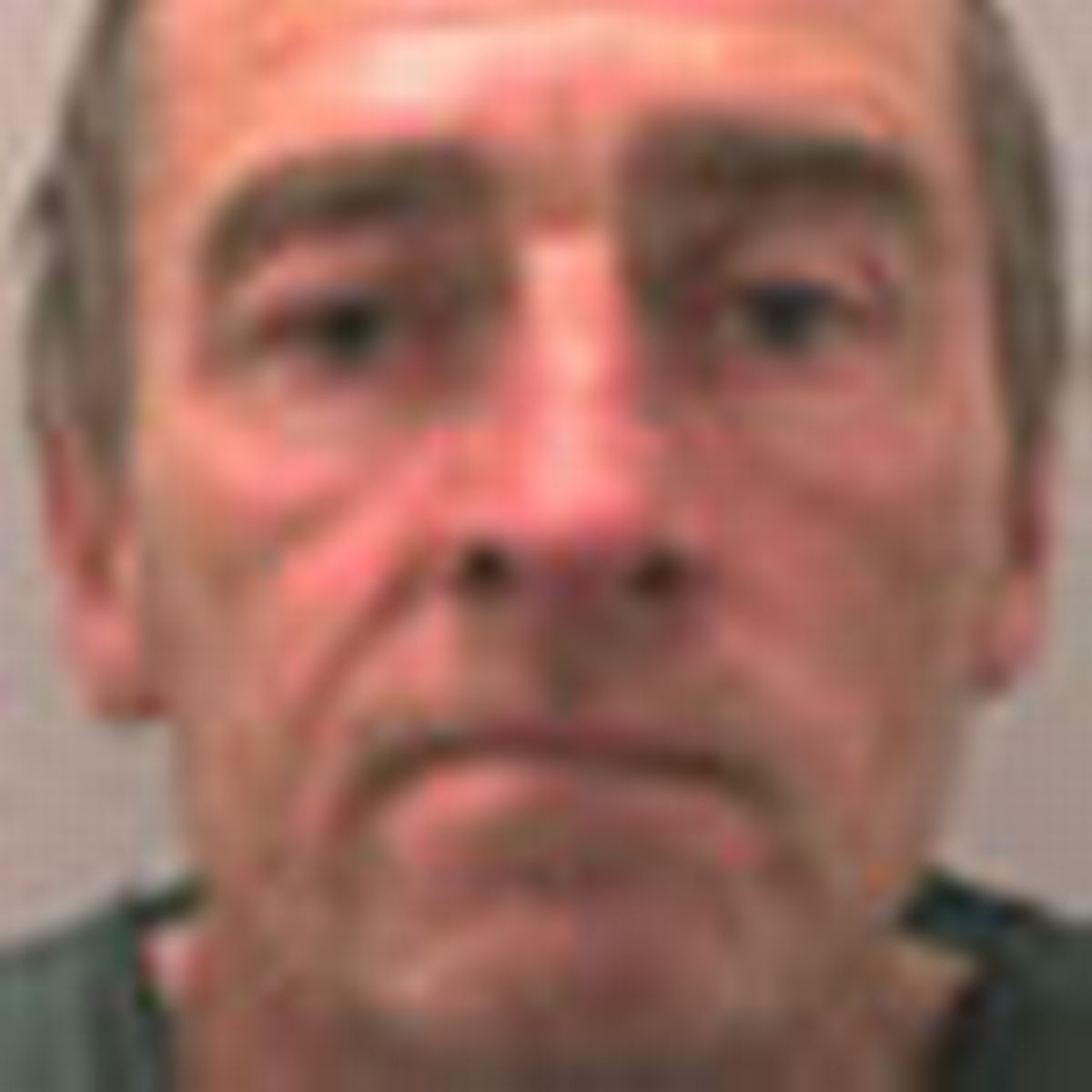 “All of my dad’s quirky ways came out in the trial and it was hysterical. Then I saw Malcolm and I knew I couldn’t hate him, I don’t love him but I don’t hate him.

“It was the second time I decided to forgive him and it was thanks to laughter.

"It's helped me to rise above my anger, nail it to the floor and kill it once and for all.”

Comedy had been an outlet for Chris since school when he became “the court jester” in an attempt to avoid getting beaten up as severely by bullies.

“I used to mimic teachers and take the p*** out of them,” he recalled.

“I learned that if I could make everyone laugh, the bullies would go much easier on me."

This self-defence mechanism resurfaced when Chris was told his dad had been murdered and didn't die in a fire, as police initially believed.

It followed the 77-year-old former joiner's remains being recovered from the burned-out dormer bungalow, in Redcar.

After being told his dad was murdered, Chris broke down but through his tears, he felt “irreverent and cheeky” and knew he had to make a joke.

He recalled: "I told the detective, 'I don't know what to do now,' and he replied, 'Sorry, what do you mean?’

"I said, 'Well, I don't know whether to get a burial or a cremation – because that's important.

“'They always say if your loved one is cremated, you are supposed to scatter their ashes around somewhere they used to like going and I don't think they'd be too happy at the cheap meat counter at Aldi.'

“I started laughing and the policeman couldn’t believe it. My wife had to explain it was my way of coping and she was right.

“It was my way but it was also my family and my father’s way of dealing with problems too.”

During Harland's sick attempt to cover up the killing, he planted a cigarette in Terry's hand to make it look like he had fallen asleep and that had caused the fire.

Then he went to his ex-wife's house and asked to wash his clothes while he hit the local pubs to drink more alcohol.

Not long after the blaze began neighbours called the fire brigade and once it was extinguished, Harland returned to pretend to pay respect to Terry.

He was only caught because a passerby noticed a white Vauxhall Corsa parked outside the property earlier in the evening that had later vanished.

Police found Harland “drunk and asleep” in his car and after several hours of interviews, the killer admitted he strangled Terry from behind.

“Malcolm was homeless, an alcoholic, unemployed and was living in his car,” Chris explained.

“On the night he killed dad, we believe he was drunk and wanted more to drink. My dad had a bottle of brandy and whiskey but he wouldn’t give Malcolm any.

“He wouldn’t give Malcolm car keys either because he'd been drinking and wanted to drive to a 24-hour supermarket to buy more alcohol, which caused them to argue.

“Within 24 hours of dad's death they caught and charged Malcolm with murder. I didn’t know him well but I know he used to go to my father’s regularly.

“For me, the fact that dad knew his killer made no difference to how I felt. I decided to forgive him and let go of my anger.”

Despite trying to move on, Chris realised there were unresolved issues related to the death when he suffered a panic attack while performing a stand-up routine in 2018.

“It was terrifying. I didn’t walk off stage, I ran off, ran out of the venue and ran to the bus. I didn’t stop running until I got back to my digs,” he explained.

“That night I wrote a poem called ‘Blood Beneath Your Nails’, which was about the evidence that led to Harland’s conviction in 2013.

“I realised there were things I hadn’t worked through. I had buried it but not gotten rid of it and knew I had to confront what happened.

“The next day I decided to write a show about the murder as a way of processing what happened and trawled my memory for anything I could.

“I remembered my forgiveness and other funny things my father did. He was the least politically correct man ever but with the biggest heart.

“I started to weave those stories and entwine them with the humour I learned from working for more than three decades in working men’s clubs and on stage.”

Chris says writing Forgiveness – which is currently on tour around the UK and will appear at the Edinburgh Festival Fringe in August -has helped him to finally make peace with what happened.

“I have made sense of everything that happened and what it meant,” he said. “Expressing myself and how I felt about dad’s murder through comedy felt more natural."

Like many in the entertainment industry, Chris was unable to perform during the pandemic and nearly took his own life while struggling with his mental health.

However, after appearing on a podcast, he was contacted by a mysterious benefactor – who he refused to name and only described as “someone in Europe in the medical profession”.

The individual contacted him on Christmas Day to offer to pay for him to put on a UK tour as well as generously giving him and his agent a five-figure sum each.

Chris explained: “Can you believe that? He paid for the whole tour and loads of my debts so that I can work with a clear head.

“I call this person my guardian angel because during lockdown I absolutely plummeted to depths of personal existence and had a belt around my neck at one point.

“Now it’s a complete 360-degree turnaround and a miracle that beggars belief. He wants me to share my message of forgiveness with the world.

How much does it cost to run a hot tub?

“Forgiveness is a very personal thing – it’s not right for everyone – but letting hatred consume you will have a debilitating effect on your life.

“My dad was a very forgiving man. I think he would be proud that I’m no longer angry and have taken a positive path to help other people do the same.”

To find out more about Forgiveness or Chris McGlade's shows visit his website. 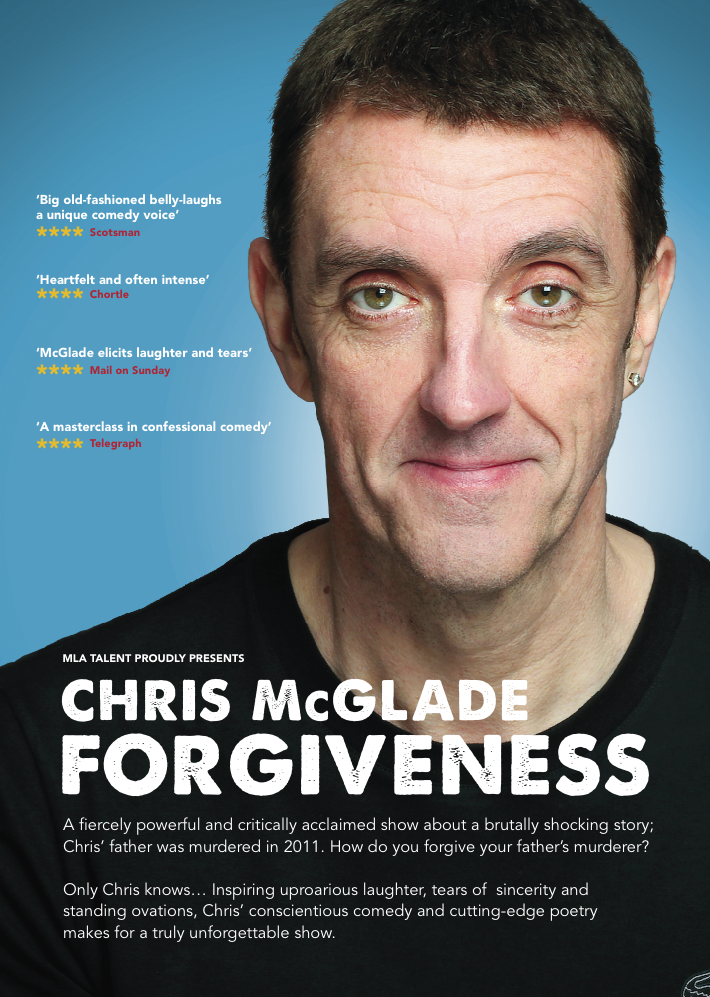