A TENANT whose flat has been ravaged by rats and mould now faces being left homeless after complaining to his landlord about the appalling conditions.

Mark Ditchburn, 38, said he has been dealing with the horrific problems in his flat in North Tyneside since he moved in 18 months ago. 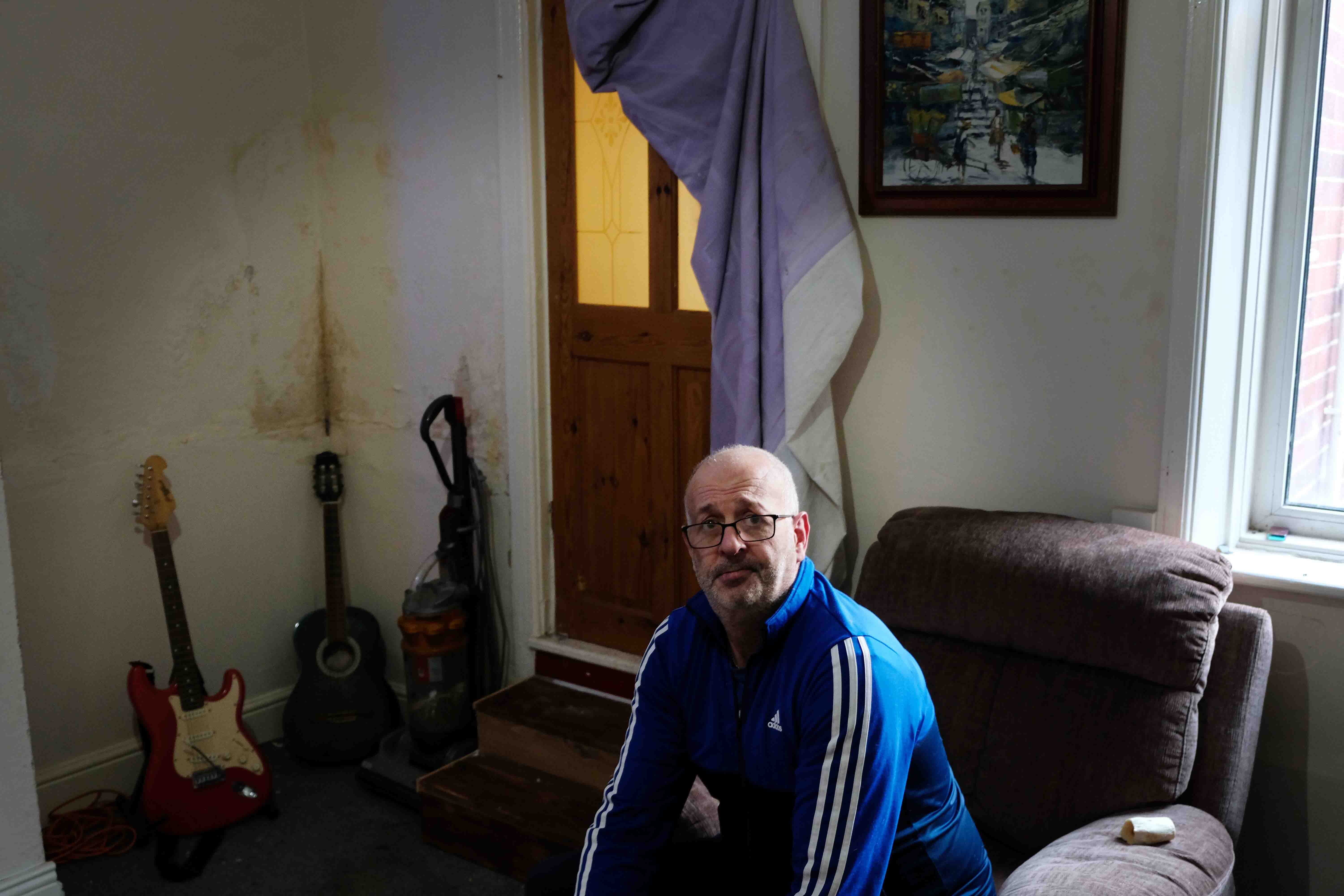 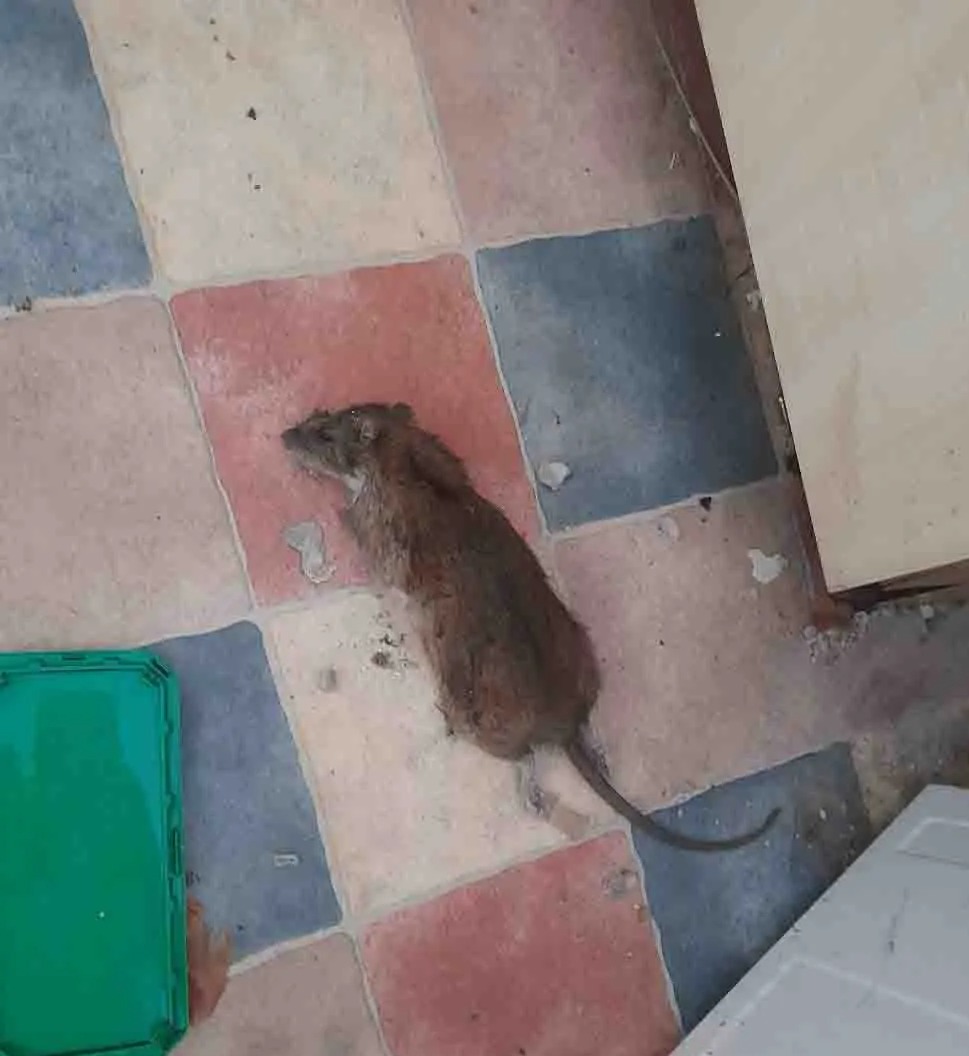 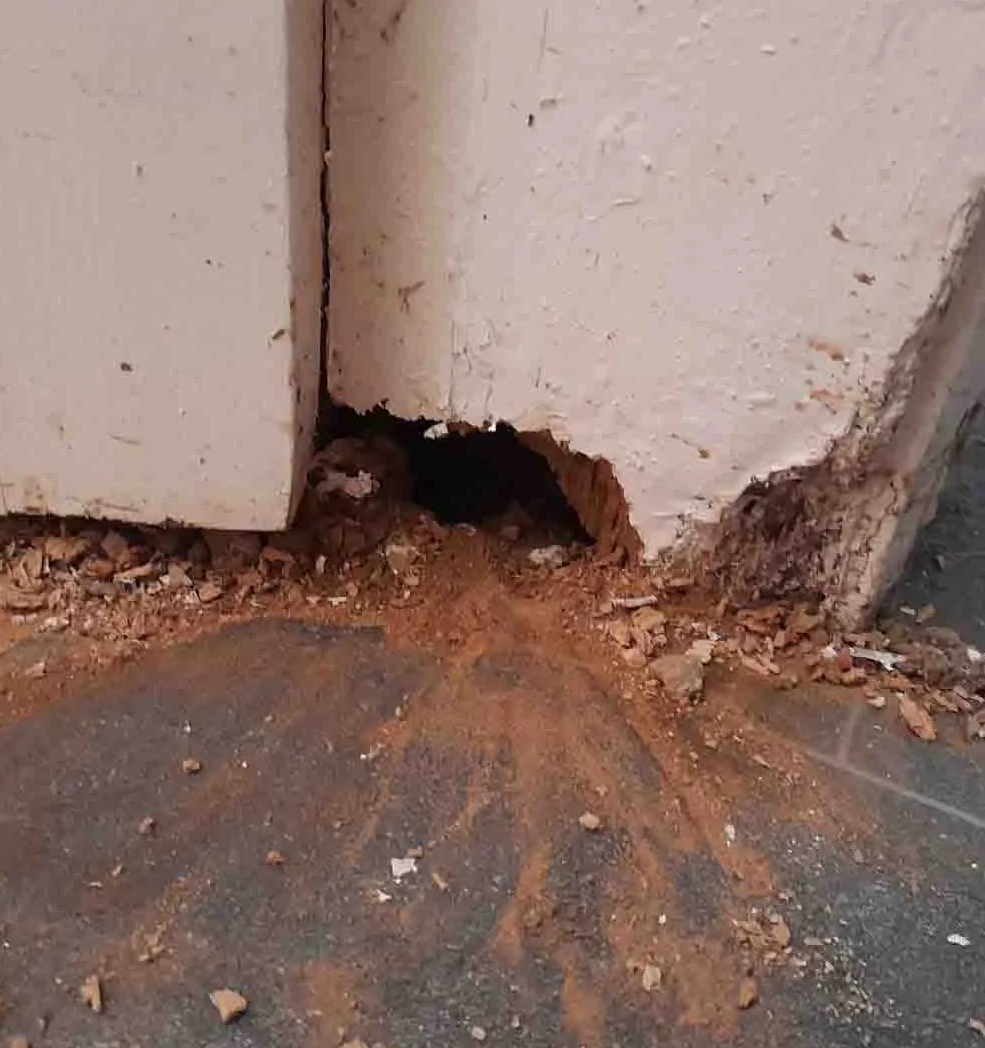 He had moved from South Shields in the hope of finding secure housing – but instead he has faced a rat infestation and freezing conditions, as well as limited access to hot water.

Mark said he wouldn't even let a dog stay in the property in Willington Quay, Wallsend.

The former recycling worker now faces the prospect of homelessness after complaining about the conditions and said he feels "trapped" in the hell-hole flat.

Mark, who has been out of work for several years due to chronic hip pain, told Chronicle Live: "I moved into what was effectively a store-house for the landlord.

"He knew what state it was in because I complained several times, and I was told things would improve."

After turning on his water supply, Mark was met with a barrage of damp and he soon became aware of rats ravaging the property.

He explained: "The damp was all over the place – in the sitting room, my bedroom and in the kitchen.

"You could tell someone had tried wallpapering over it, but it was soon peeling off.

"The radiator was leaking, and I had little water supply for months.

"There was a problem with drafts coming through the property too, which meant it was absolutely freezing over the winter.

"I honestly wouldn't even put a dog here to live."

In March last year, Environmental Health assessed the property and Northumbrian Water were sent to fix the issues with the main sewer in the back lane which was letting rats climb into the drains.

Meanwhile, the landlord sent what Mark believes to be "unqualified" workmen to resolve the other issues.

"The workmen were supposed to fill the cavities under the bath where there is a chilly draft," Mark said.

"But instead they just put down a line of cement, and so it's still very cold.

"Lots of the doors didn't shut properly, but in the process of trying to make them smaller, they took off too much, and now there's a draft through those too."

Months later, Mark still doesn't feel safe in his downstairs flat and
is unable to wash at the home.

Meanwhile, Environmental Health is continuing investigations at the property.

Mark said: "There is a bath, but the water comes out so slowly that by the time
you run it, it's freezing again. I have to travel to my friend's house in South Shields to wash.

"The plumber told me the boiler is twenty years old, and that's not the only thing that needs replacing, the old windows mean I'm constantly cold and there's still damp in the property."

Mark tried to withhold rent for a month last year in an attempt to get the work done, but the landlord applied for a direct payment from his Universal Credit.

Mark's tenancy agreement ran out in October 2021, and he's since been given a Section 21 – a written statement from the landlord notifying him that he must leave by February.

The charity North East Homeless is now trying to help Mark negotiate with his landlord and help him move back to South Tyneside.

Mark said the process isn't easy, because until recently he was still paying off rent he owed on a previous council flat in South Tyneside.

And in March, he got into trouble with the cops for turning off the water supply in the Wallsend flat due to issues with leaks, which impacted his neighbours.

He said: "Those two things are setting me back, so I feel trapped here, like there is no way out. It's absolutely horrible and I can't save money up to get my own place."

Brian Burridge, who leads North East Homeless, told the Chronicle: "We've been trying to get hold of Mark's landlord, without much success.

"We've seen this situation many times before, when people start asking questions, they get served with eviction notices.

"My main concern is that Mark is a vulnerable person, who is in a terrible living situation, which is not good for his dignity or his health.

"Homelessness is a real risk for Mark if the situation isn't resolved soon. Because the landlord is taking the rent straight from his Universal Credit payment, he isn't able to save, he is just existing.

"We are working with South Tyneside council to get him accommodation, but it's not a quick process."

The landlord declined to comment when approached by The Sun Online. 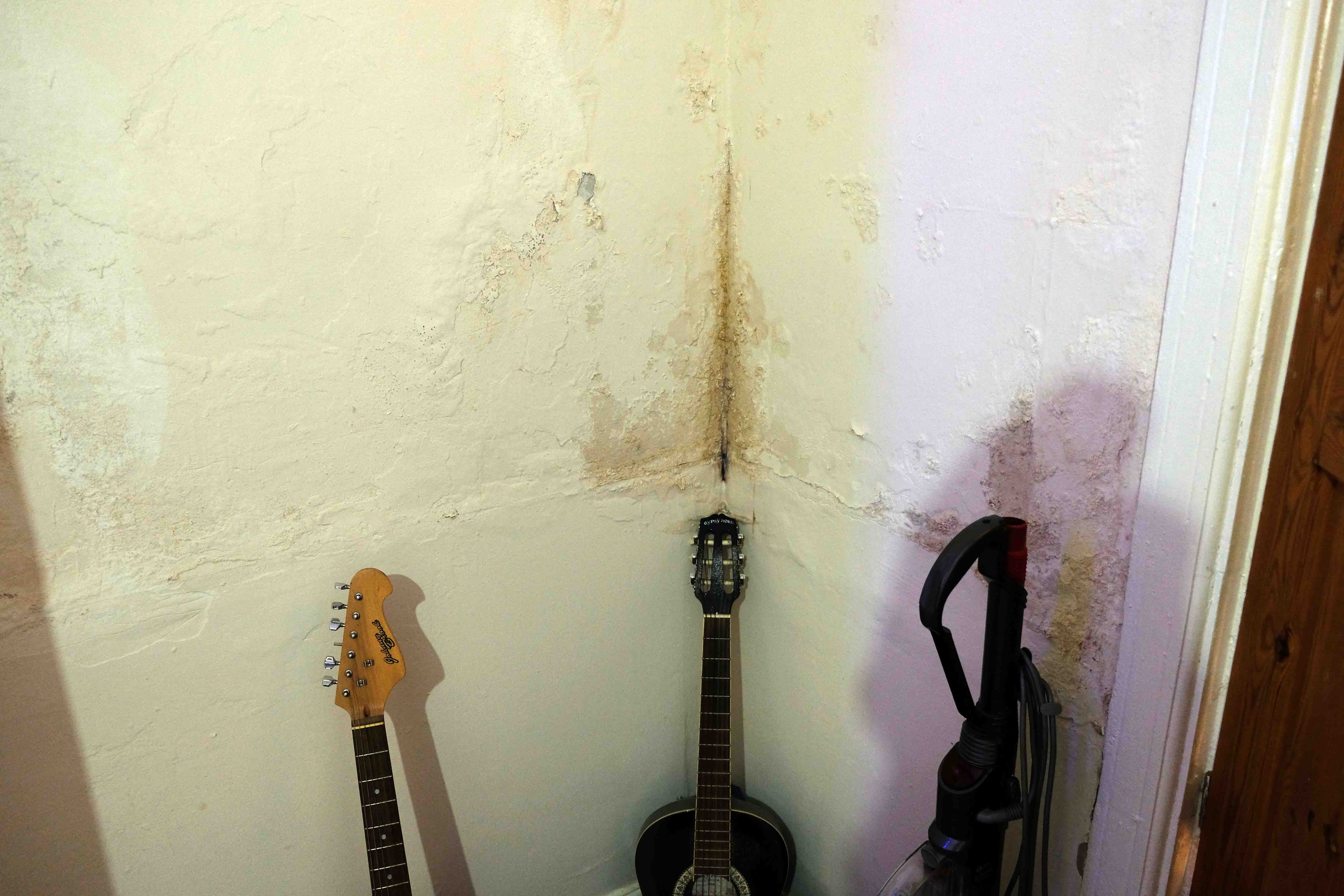 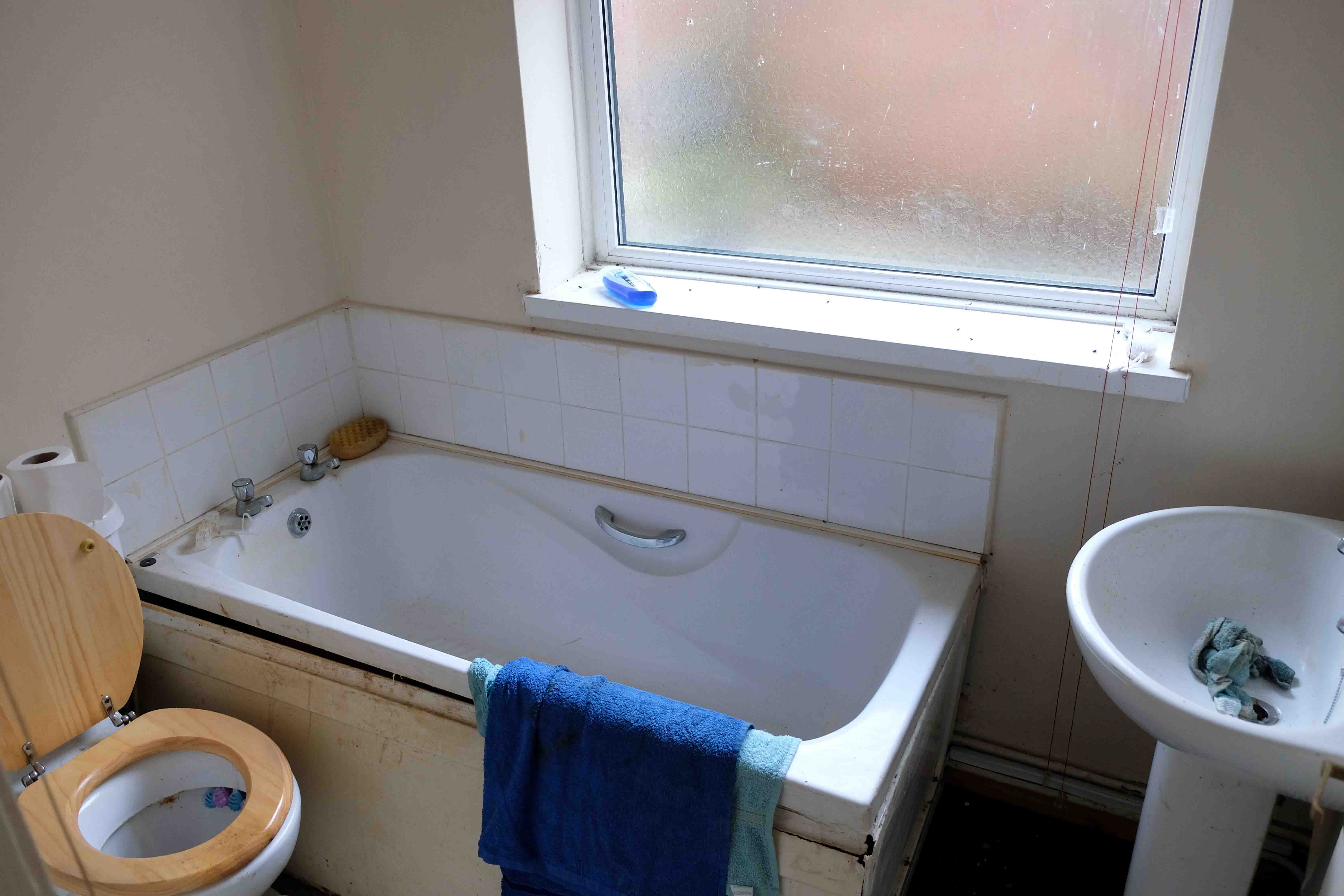