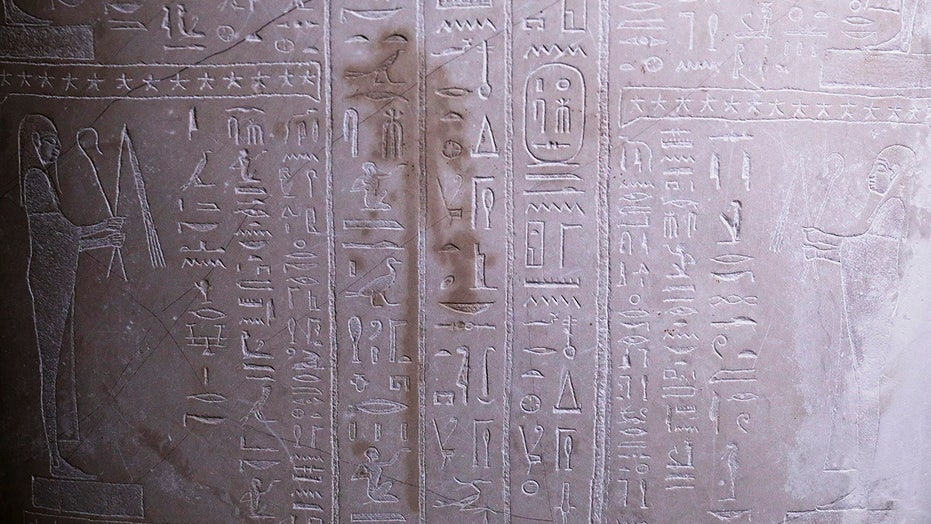 BERLIN – More than 60 artworks and artifacts at some of Berlin's best-known museums were smeared with an oily liquid by an unknown perpetrator or perpetrators earlier this month, authorities said Wednesday. They were hopeful that the apparently random damage can be repaired, but said the motive was a mystery.

The works at the Museum Island complex, a UNESCO world heritage site in the heart of the German capital that is one of the city’s main tourist attractions, were targeted at some point between 10 a.m. and 6 p.m. on Oct. 3. Investigators said they had watched hours of surveillance camera footage but hadn't found any obvious sign of anyone applying the liquid. 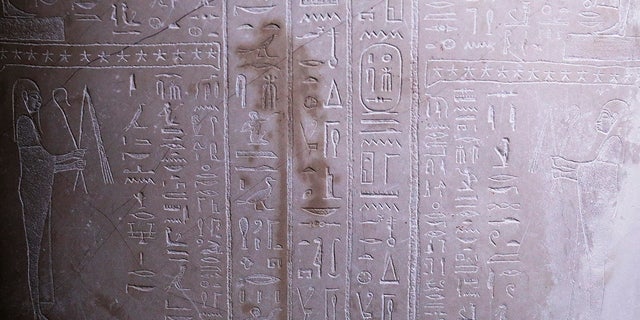 A stain is on Sarcophagus of the prophet Ahmose inside the Egyptian Court of the Neue Museum after smeared with a liquid in Berlin, Wednesday, Oct. 21, 2020. (AP Photo/Markus Schreiber)

In all, 63 works at the Pergamon Museum, the Alte Nationalgalerie and the Neues Museum were affected, said Christina Haak, the deputy director of Berlin's state museums. There was no thematic link between the targeted works, and “no pattern is discernible” to the perpetrator's approach, Haak added.

The liquid was oily but not corrosive, said Friederike Seyfried, the director of Berlin's Egyptian collection, which is housed in the Neues Museum. She wouldn't give more specific details of the colorless fluid, citing the ongoing investigation.

Carsten Pfohl, a senior official with Berlin's criminal police office, said that more than 3,000 people visited the Museum Island on Oct. 3, a Saturday on which Germany marked the 30th anniversary of its reunification. Complicating investigators' efforts, most of that day's tickets were sold on site and only 1,400 personalized tickets had been booked in advance; all who ordered the latter have been contacted by email to ask whether they noticed anything untoward. 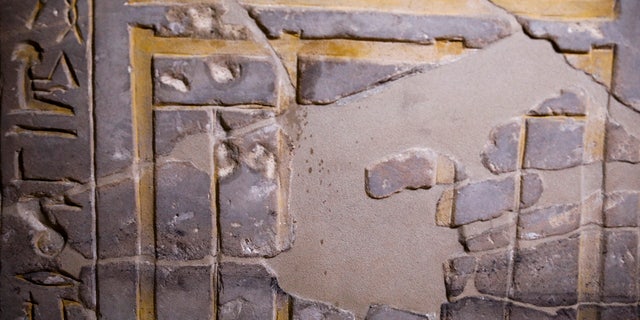 A stain seen on an Egyptian historic object after it was smeared with a liquid inside the Egyptian Court of the Neue Museum in Berlin, Wednesday, Oct. 21, 2020. (AP Photo/Markus Schreiber)

Police said they had decided initially not to go public about the incident out of “tactical considerations related to the investigation.” On Tuesday night, the weekly Die Zeit and Deutschlandfunk radio broke the story. On Wednesday, police called for witnesses to come forward with any accounts of suspicious people or events they noticed on Oct. 3.

It wasn't clear how the liquid was applied to the works, Pfohl said. They appeared to have been chosen at random, and investigators are inclined to believe that a lone perpetrator was responsible, he added — but they aren't ruling out multiple perpetrators.

Pfohl said that police are investigating “in every direction” but wouldn't participate in local media speculation that conspiracy theorists might be involved.

There was no indication of it being “an act that speaks for itself,” he added. “This is a variety of objects that do not have any immediate connection in terms of context … we have no self-incriminating letter or anything like that, so we have to assume for now that the motive is completely unclear.” 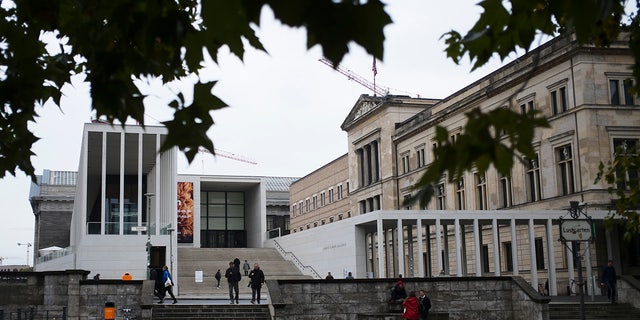 The main entrance to the Museums Island and the Neue Museum, left, in Berlin, Wednesday, Oct. 21, 2020.(AP Photo/Markus Schreiber)

Pfohl said that the incident isn't unique because artifacts in museums in other countries have been attacked with liquids over recent years. Officials weren't aware of any threats. The damage was discovered by museum staff.

Seyfried said the works affected didn't include any paintings and also weren't among the complex's best-known attractions. Those attractions include treasures such as the Pergamon Altar, Babylon’s Ishtar Gate, and a famous bust of Egyptian Queen Nefertiti.

She said in a statement that “there is justified hope that the damage can be repaired," but said that Berlin's state museums once again need to answer questions over their security precautions.

In March 2017, burglars broke into the Bode Museum, part of the Museum Island, and made off with a 100-kilogram (221-pound) Canadian gold coin known as the “Big Maple Leaf.” 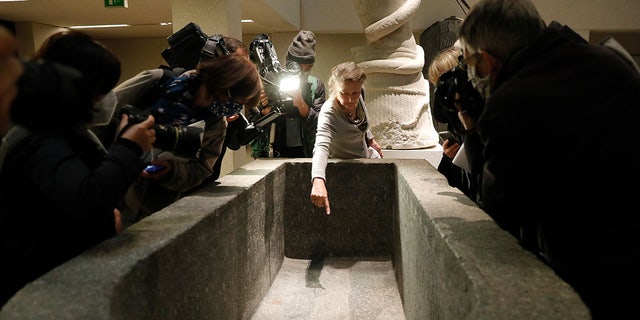 Friederike Seyfried, director of Antique Egyptian Department shows media a stain from the liquid inside a sarcopharg the Egyptian Court of the Neue Museum in Berlin, Wednesday, Oct. 21, 2020.  (AP Photo/Markus Schreiber)

The suspects are believed to have smashed a protective case and then lifted the coin out of a museum window before fleeing along a railway track with their haul in a wheelbarrow. It was never recovered.

Haak said the museums' security concept is constantly being reviewed and officials are considering how to improve it, but “100% security for the objects would mean in principle having to withdraw them from public view.”