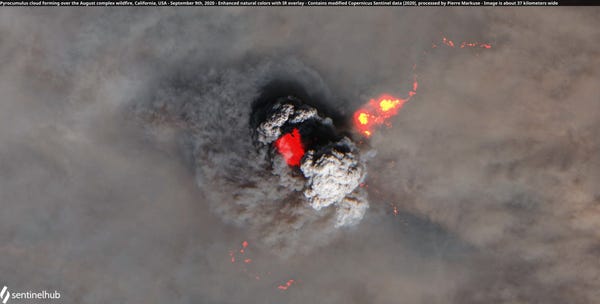 More than 85 significant wildfires are ripping across the West Coast, causing unprecedented burning in Washington and Oregon and exacerbating what has already become California's biggest wildfire season ever.

In California, multiple large blazes are spreading quickly, including the nearly 176,000-acre Creek Fire in Fresno and Madera counties and the 12,600-acre El Dorado Fire in San Bernardino County, which was ignited by pyrotechnics at a gender-reveal party.

Between Monday and Wednesday, the West Coast fires killed at least seven people, including a 12-year-old boy and his grandmother in Marion County, Oregon, and a 1-year-old boy in northeastern Washington.

"The geographic scale and intensity of what is transpiring is truly jarring," Daniel Swain, a climate scientist at the University of California, Los Angeles, wrote on Twitter.

Longer, more intense and destructive wildfire seasons like this are linked to climate change: As the planet's temperature rises, dry conditions and heat waves become more common, increasing the likelihood of fires. California's average fire season now lasts 75 days longer than it did in the early 2000s, according to the state's Department of Forestry and Fire Protection.

"We are essentially living in a mega fire era," Jake Hess, a unit chief for that department, said last month.

The following images from space, captured by NASA satellites, show the scale of the current blazes.

By combining layers of satellite data, this image shows the fires' smoke as well as the reddish hot spots where they originate. 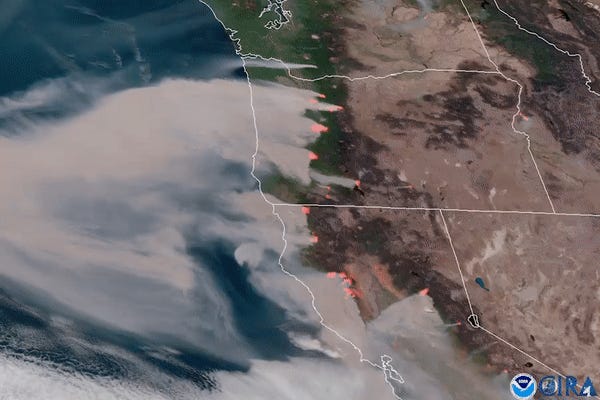 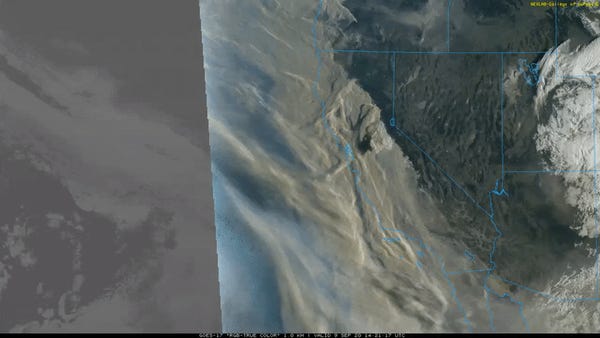 A satellite image taken Wednesday shows the smoke blanketing the coast as well as a large swath of the Pacific Ocean. 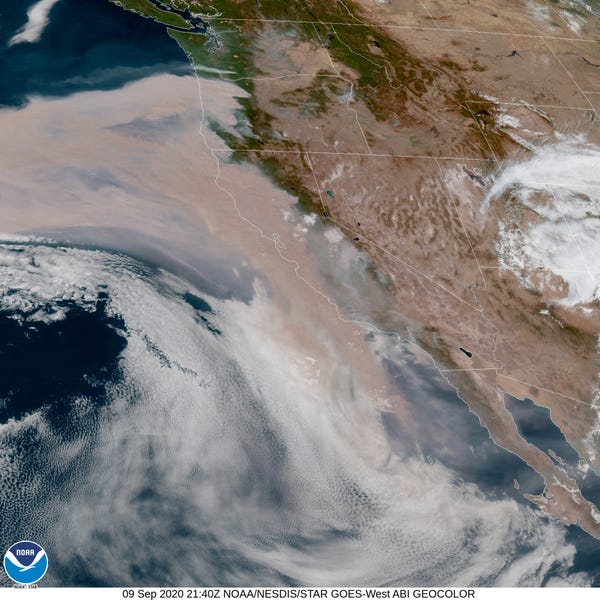 The Creek Fire, which started on Friday, produced a 45,000-foot-high pyrocumulonimbus cloud — a type that forms above fires and volcanoes. 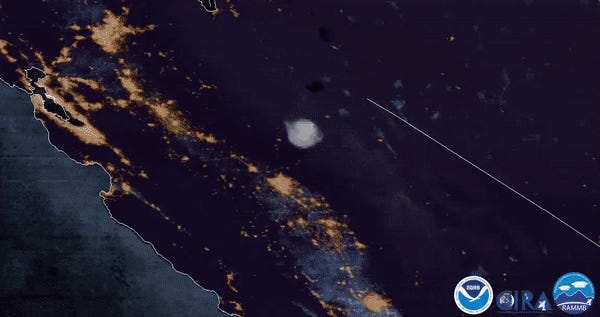 Pyrocumulonimbus clouds are thunderclouds formed by fire. They're a type of pyrocumulus cloud: the term for the greyish clouds formed when fires generate hot, upward-moving air currents that carry smoke, water vapor, and ash into the sky.

This satellite image of the Creek Fire near Fresno shows how the smoke causes light to "bloom," or scatter differently and spread more widely than it does ordinarily. 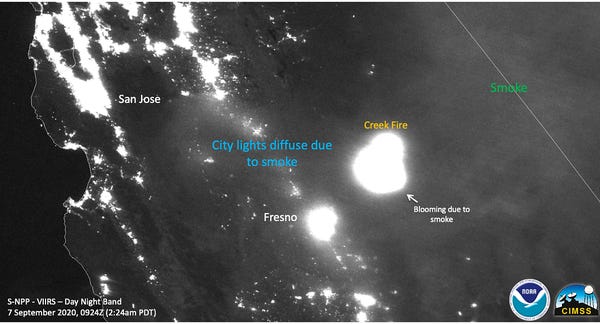 The latest blazes add to a prior set fires, which were mostly ignited by lightning in California and have already been burning for weeks. Here, infrared imaging shows fires beneath a pyrocumulus cloud.

On Wednesday, a rare type of pyrocumulus cloud — caused by smoke heated by solar radiation instead of by flames — formed over central California. Pyrocumulus clouds clouds can become fire tornadoes. 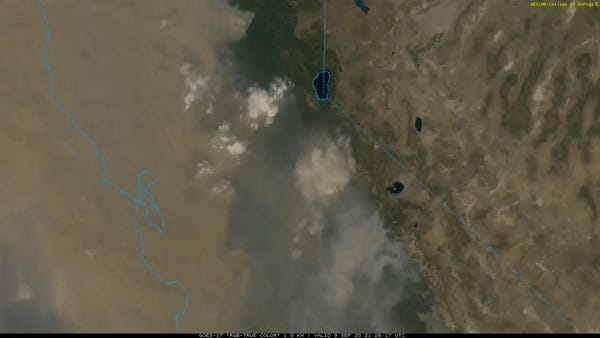 Fires in Oregon are burning in northern and southern parts of the state, creating huge amounts of smoke. The blazes have killed at least three people in the state. 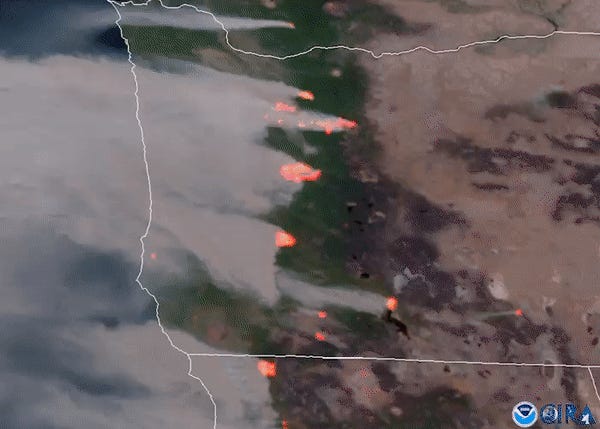 In Washington, meanwhile, fires are raging east of the Cascade Range, sending smoke west toward the Puget Sound. 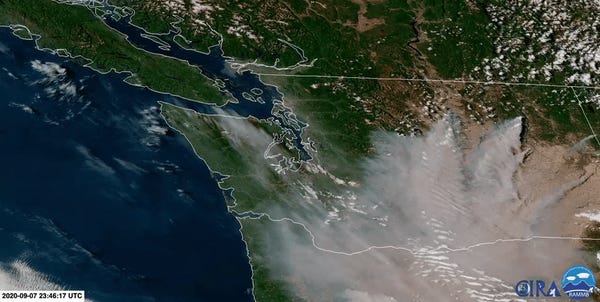