A North Carolina woman became a millionaire off a lottery ticket, and it was completely by accident.

Elizabeth Johnson had just missed the 9:57 p.m. cutoff to buy a Powerball ticket through Online Play for last Wednesday’s drawing, according to lottery officials.

Johnson, who works as an interpreter, had rushed out of work to pick her numbers but she was one minute too late.

Turns out, her “bad luck turned into good luck” a few days later. Her ticket was good for Saturday’s drawing, where she unexpectedly pulled in a $2 million prize.

“It was definitely a shock!” said Johnson. “When I got the message saying that I had won I thought, ‘Well, I didn’t even play tonight.’”

The $3 Power Play ticket matched the numbers on all five white balls to win the $1 million prize. The jackpot doubled, however, when the 2X multiplier was drawn, officials said. 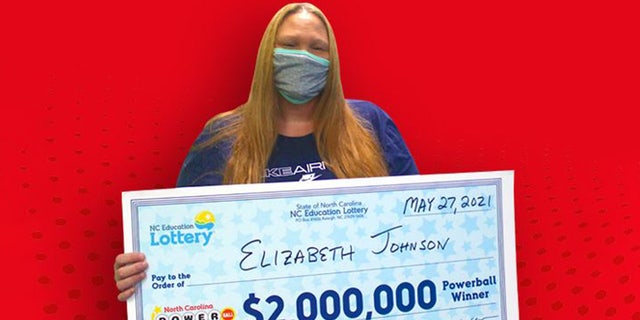 And the odds, like all lottery games, were not in her favor. In fact, the odds of her matching all five white balls were one in about 11.6 million, according to the North Carolina Education Lottery.

Johnson’s winnings ended up amounting to $1,415,001 after required federal and state tax withholdings. She plans to use her winnings on a house and a vacation.

The current Powerball jackpot stands at $268 million as an annuity or $184.2 million cash from Saturday’s drawing. The odds of taking home that jackpot are even tougher, with one-in-292 million chance.

Sales from lottery tickets like Powerball help to raise more than $725 million per year for education in the state.