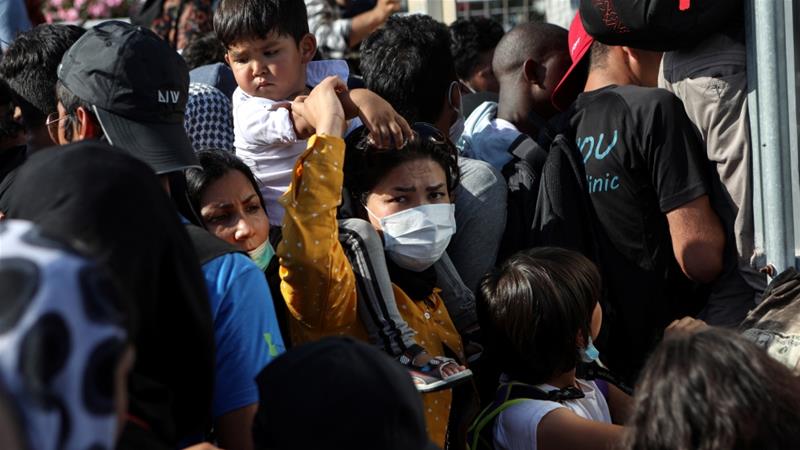 A new report has accused Greece of putting vulnerable refugees at greater risk and systematically undermining the right to seek asylum by tightening asylum laws.

Oxfam and the Greek Council for Refugees, humanitarian NGOs, said in a report published on Thursday that the new rules – in effect since January 1 and amended in May – confined even the most vulnerable to the so-called hotspot refugee camps on the Greek islands.

The past months have also seen a harrowing increase in sexual violence, the report said.

More than 33,000 asylum seekers live in squalid camps on five islands in the Aegean Sea, which were built to house a total of 5,400 people. A further 70,000 migrants are crowded into other facilities on the Greek mainland.

“This situation is further aggravated by the inhumane living conditions in Greece’s refugee camps where people are now at risk of a devastating health crisis,” the report said.

With the backing of the European Union, Greece has made it easier to reject claims for minor misdemeanours like failing to show up to an interview and has also curbed applicants’ opportunities to seek recourse for such decisions, the report said.

“The new Greek asylum system is designed to deport people rather than offer them safety and protection,” the two NGOs said.

“This means that people who have fled violence and persecution have little chance of a fair asylum procedure, and even families with children are regularly detained in inhumane conditions.”

Evelien van Roemburg, director of Oxfam’s migration campaign in Europe, also accused the EU of being “complicit” in the new policy.

“Greece’s new law is a blatant attack on Europe’s humanitarian commitment to protect people fleeing conflict and persecution,” she said.

“The European Union is complicit in this abuse, because for years it has been using Greece as a test ground for new migration policies.”

Van Roemburg also said Oxfam was “extremely worried that the EU will now use Greece’s asylum system as a blueprint for Europe’s upcoming asylum reform”.

Conservative Prime Minister Kyriakos Mitsotakis came to power in Greece a year ago with the objective of reducing the number of migrants and refugees arriving in the country, the main gateway for asylum seekers into Europe in 2019.