The NFL announced their international schedule on Wednesday, revealing the three games that will be played in London, the first game in Germany, and the Arizona Cardinals' opponent for the NFL's fifth game in Mexico City.

Here are 2022's dates and matchups for the London games.

The NFL has been playing games in London since 2007. Tottenham Hotspur Stadium can hold around 62,000 people while Wembley has a capacity of 90,000.

The game in Germany, which is being played in Munich at the home stadium of FC Bayern Munich, will take place during Week 10 on Nov. 13. It's the NFL's first game in Germany, and the first of four games that will be played in Germany over the next four seasons. 2022's inaugural Germany game will feature the Tampa Bay Buccaneers and the Seattle Seahawks.

The Buccaneers have been internationally unlucky, having lost all three of the games they've played in London before. But this year they have a real chance to break the streak, as they're playing the Russell Wilson-less Seahawks, and they're doing it in Munich instead of London.

The Mexico City game will be the NFL's fourth in that city. The Cardinals played in the first Mexico City game in 2005, and now they're returning for the second time to play the San Francisco 49ers at the tail end of Week 11. It's a Monday Night Football contest played on Nov. 21, and it will start at 8:15pm ET at Estadio Azteca. 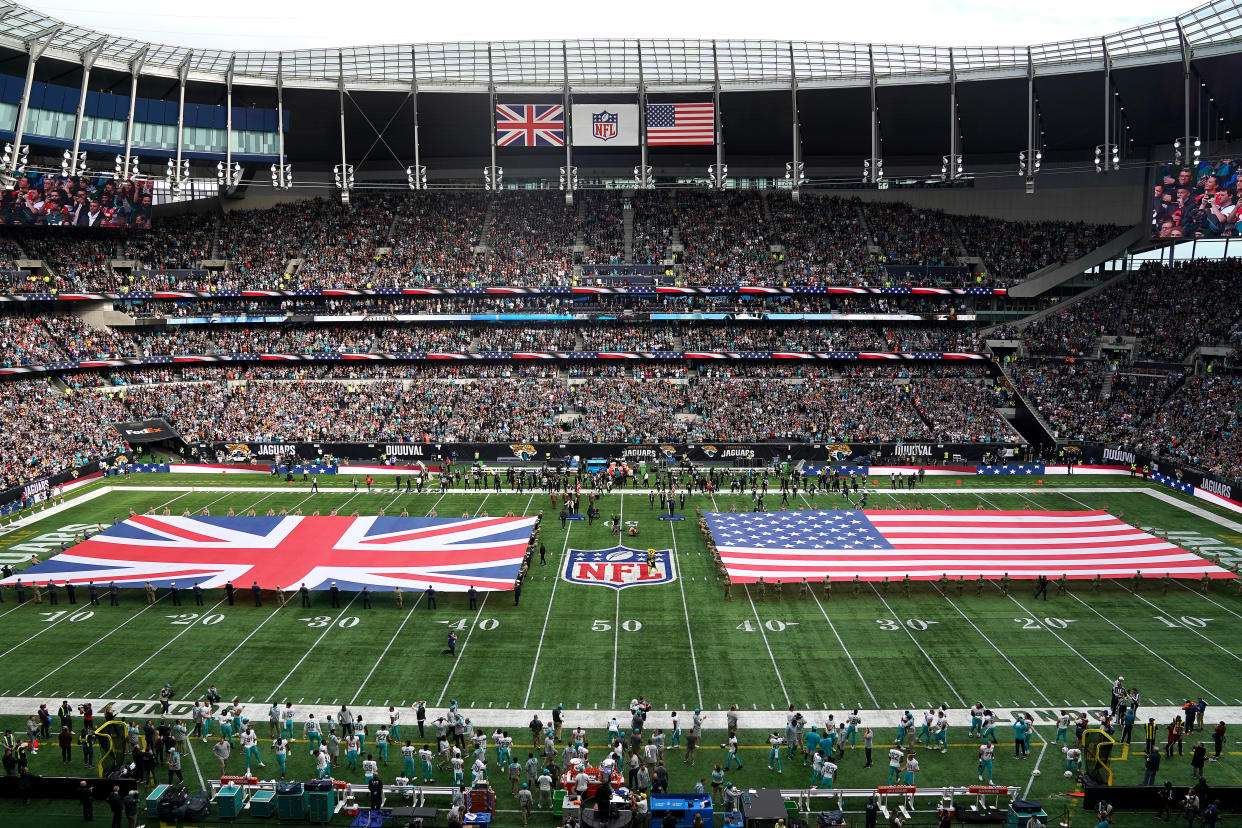